Years after he killed hundreds at the Alamo, Antonio López de Santa Anna accidentally helped create chewing gum as we know it today.

If you’re familiar with Antonio López de Santa Anna, it’s because he was the Mexican dictator whose forces killed hundreds of rebellious Texans at the Battle of the Alamo in 1836. While the story of this battle has long been a subject of fascination for Americans, there is another story about Santa Anna that is less well-known but perhaps just as fascinating. This is the story of how Antonio López De Santa Anna helped create modern chewing gum.

That story began in 1866, when Santa Anna traveled to New York. By then, he had been out of power for more than a decade due to political opposition against him in Mexico.

But a letter had given him hope that he would soon be able to return to power. The U.S. government had supposedly sent him this letter, which invited him to New York to organize an effort to overthrow the monarch who ruled Mexico at the time.

Upon arriving in New York, however, Santa Anna was distressed to discover that the letter had been forged. It had been part of a plot by con-men to fool him into believing that the U.S. government would help him regain control of his country.

Matters only became worse for Santa Anna when he entered into costly litigation with ship owners over payment for his travel to New York. This, coupled with his decision to lease an expensive house in New York, left the former dictator broke.

But Santa Anna held out hope that he would be able to return to power. This hope was kept alive by, of all things, a tree sap called chicle. He had brought a supply of chicle with him from Mexico. By finding someone to develop it into a cheaper substitute for rubber and selling it, he believed that he could acquire enough wealth to raise an army to retake Mexico City. 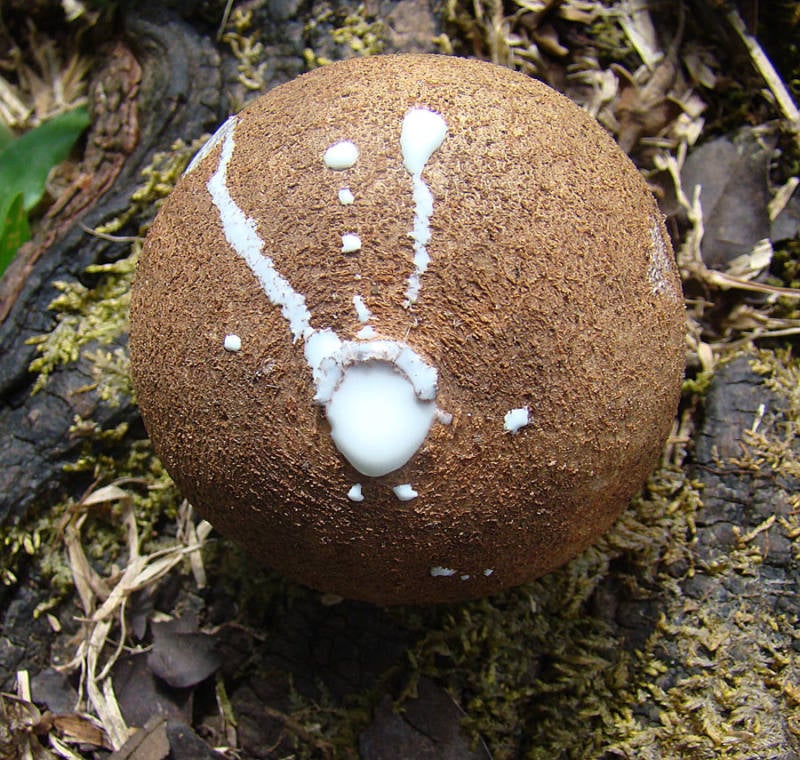 Dick Culbert/FlickrChicle oozing from a pod of the tree that produces it.

After moving to a less expensive house in Staten Island, he met an inventor named Thomas Adams. Adams agreed to try to develop Santa Anna’s chicle into a rubber substitute.

Unfortunately for Santa Anna, Adams’s attempts to use the chicle in the manufacturing of rubber products like boots and tires failed. Following several of these attempts, Antonio López de Santa Anna gave up on the endeavor and eventually returned to Mexico.

But Adams kept trying to develop chicle into a rubber substitute and had more of the sap brought to him from Mexico. After spending $30,000 on these efforts without success, however, he became discouraged. According to one of his sons, he then resolved to throw his chicle into the East River.

But a trip to a local drugstore gave him another idea.

At the drugstore, he overheard a girl ask for some paraffin wax chewing gum. This made him think about the popularity that the gum had acquired with children throughout the country. Consequently, he realized that if he could make a better kind of chewing gum, he could make a lot of money. He resolved to make such a chewing gum with his chicle. 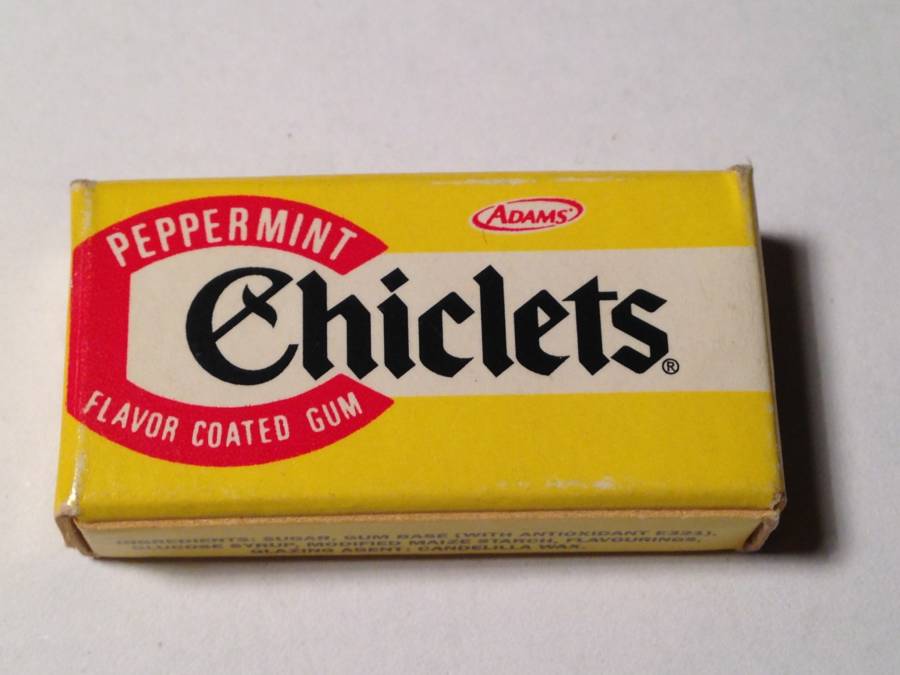 Adams was successful and went on to found a chewing gum company and made a fortune selling his chicle-based chewing gum through his company whose products included Chiclets and Black Jack licorice gum.

Unlike Adams, Antonio López de Santa Anna died penniless. After leaving New York, he was never able to regain the wealth or power that he had held as Mexico’s leader. But by giving Adams his supply of chicle, the tyrant who ruthlessly killed hundreds of people at the Alamo played a crucial role in the development of one of the world’s most beloved confectioneries.

After this look at Antonio López de Santa Anna and the origins of chewing gum, check out 25 weird inventions of decades past that, unsurprisingly, never took off. Then, read up on some common wartime inventions whose origins you never knew.