25 Weird Inventions That Never Took Off

From baby cages to glowing tires to bicycle roller skates, these weird inventions of decades past simply never made a splash. 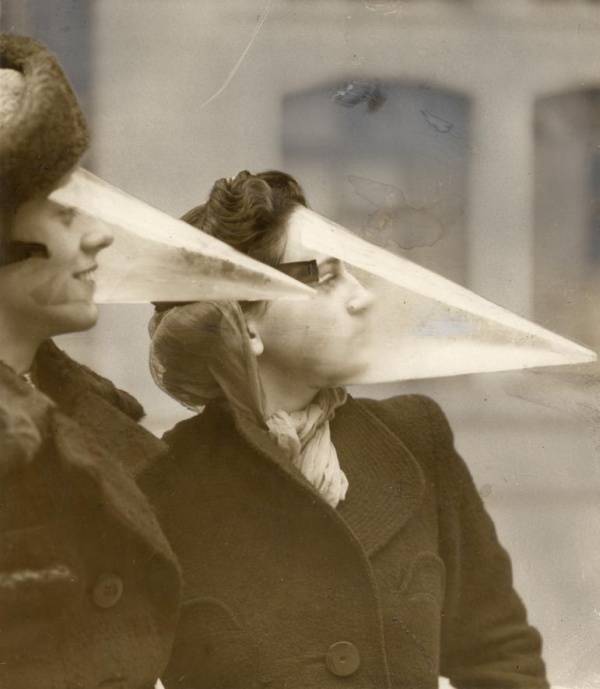 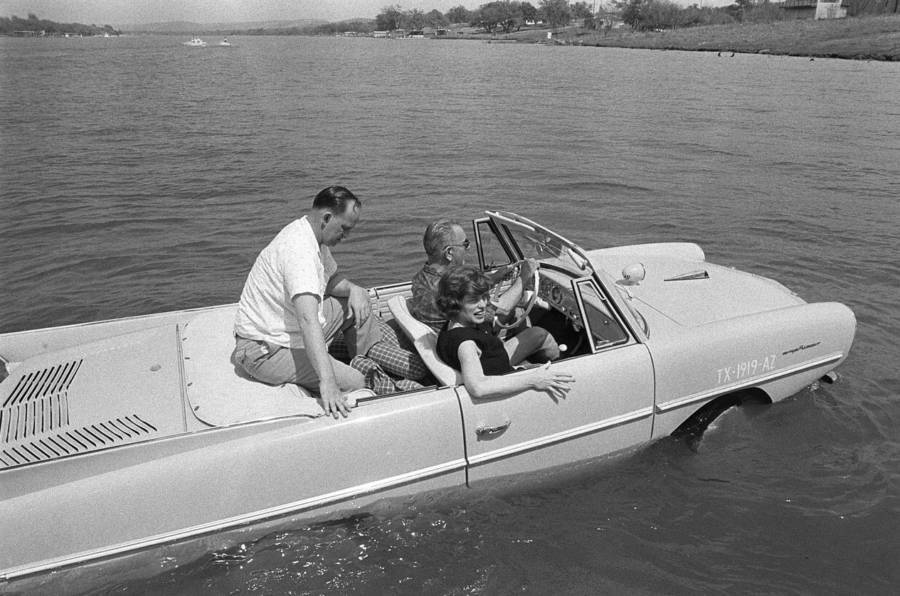 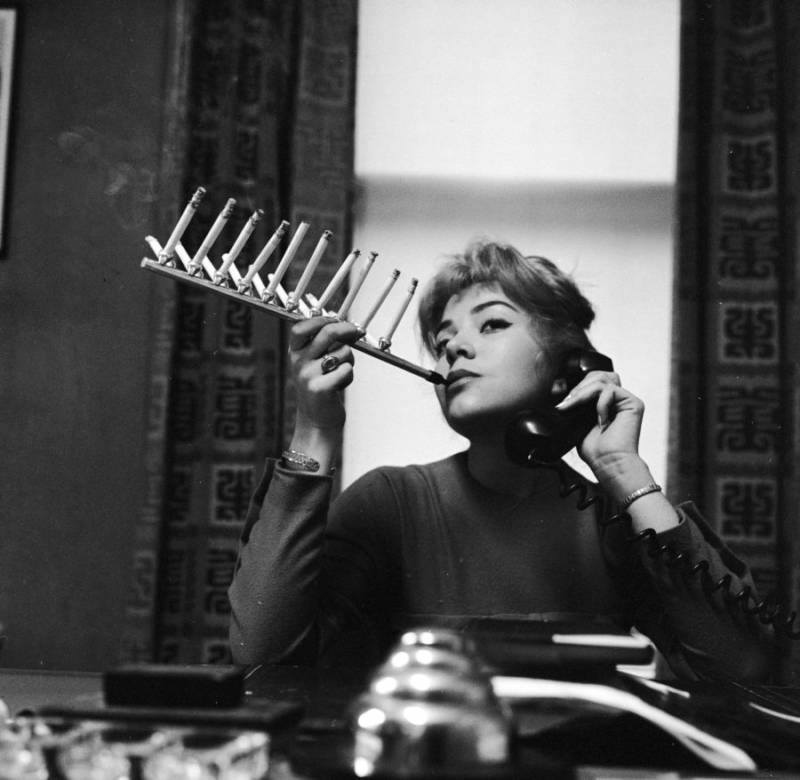 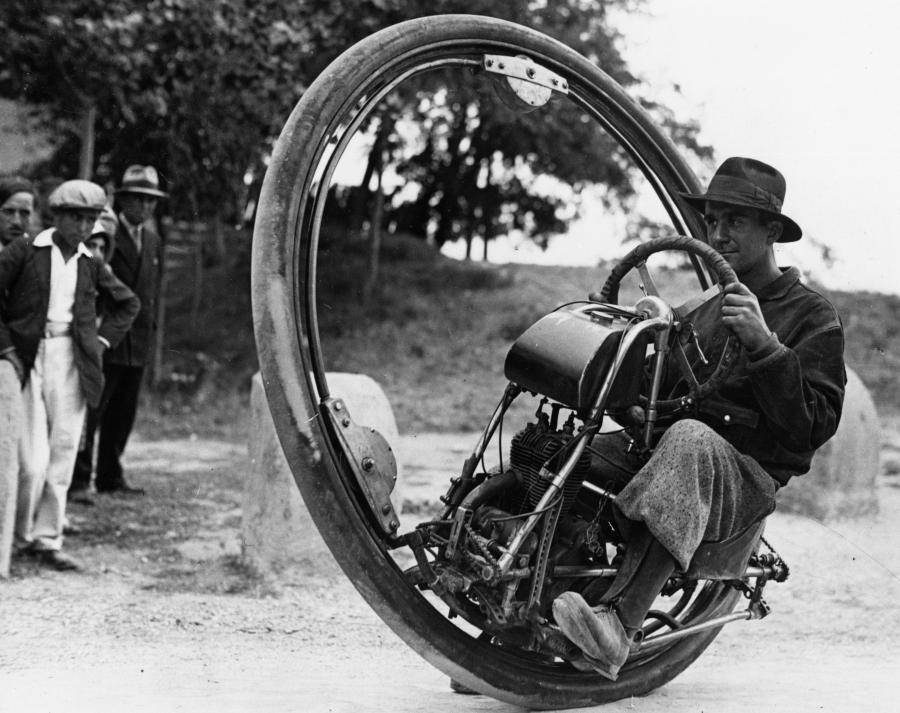 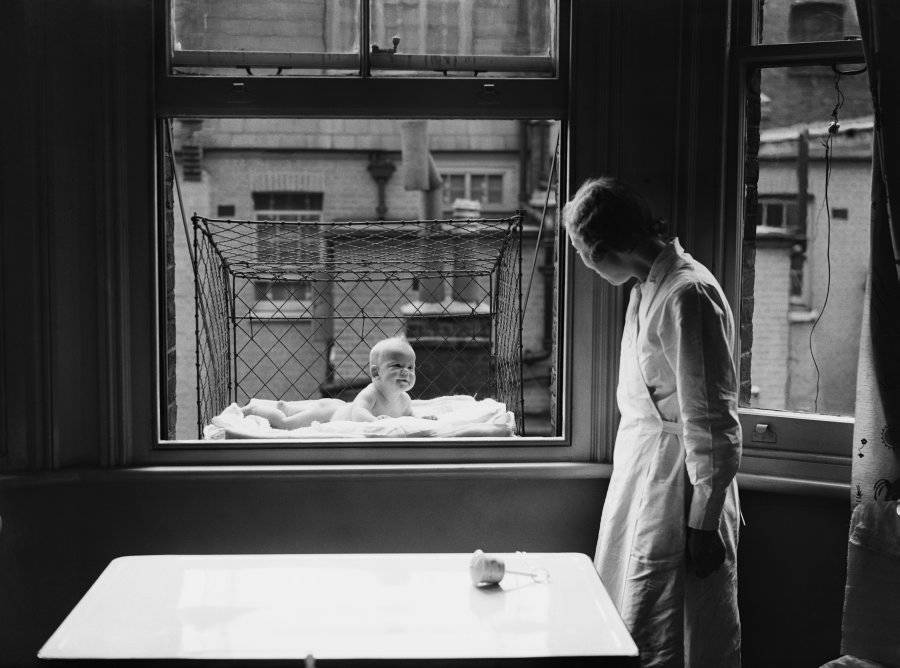 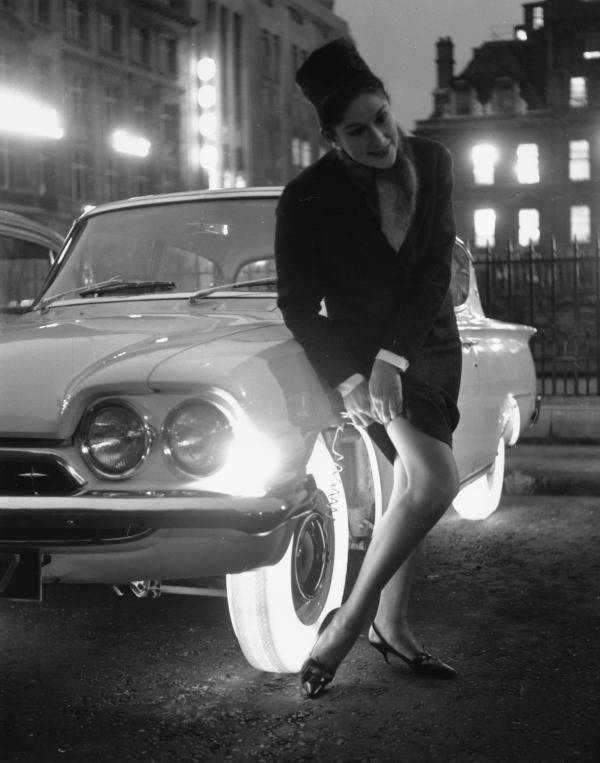 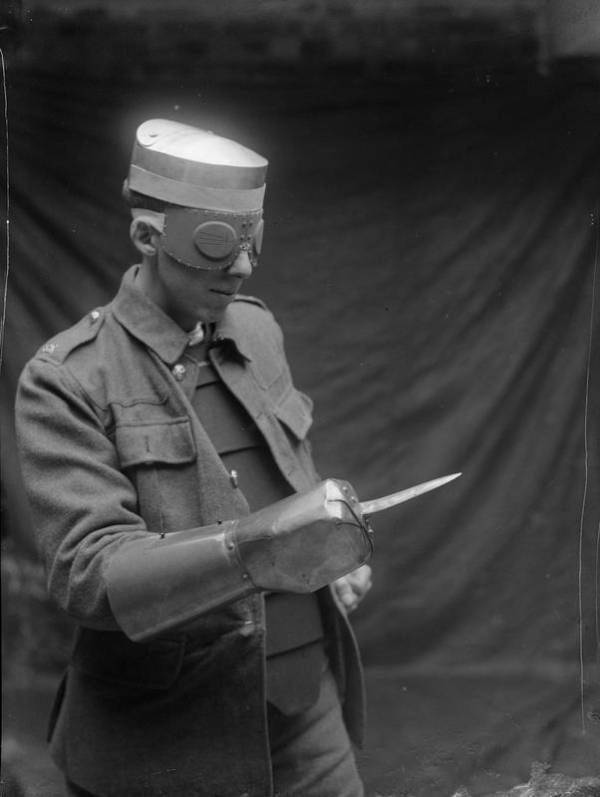 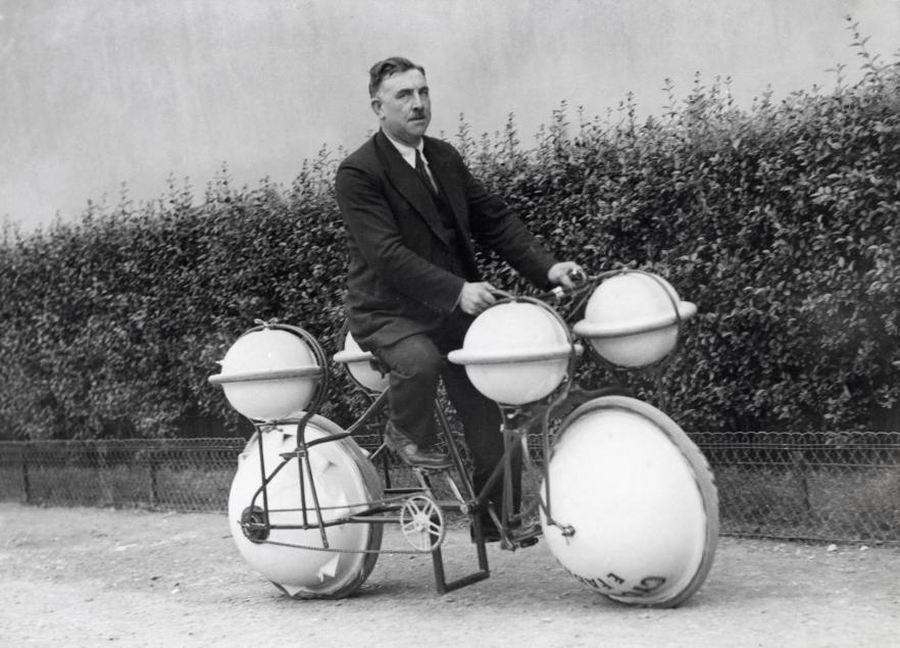 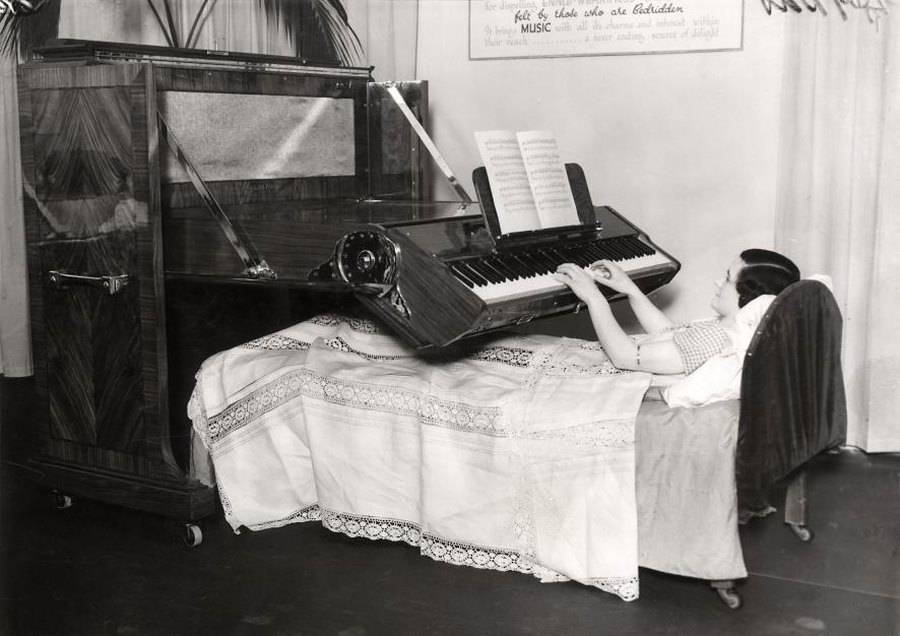 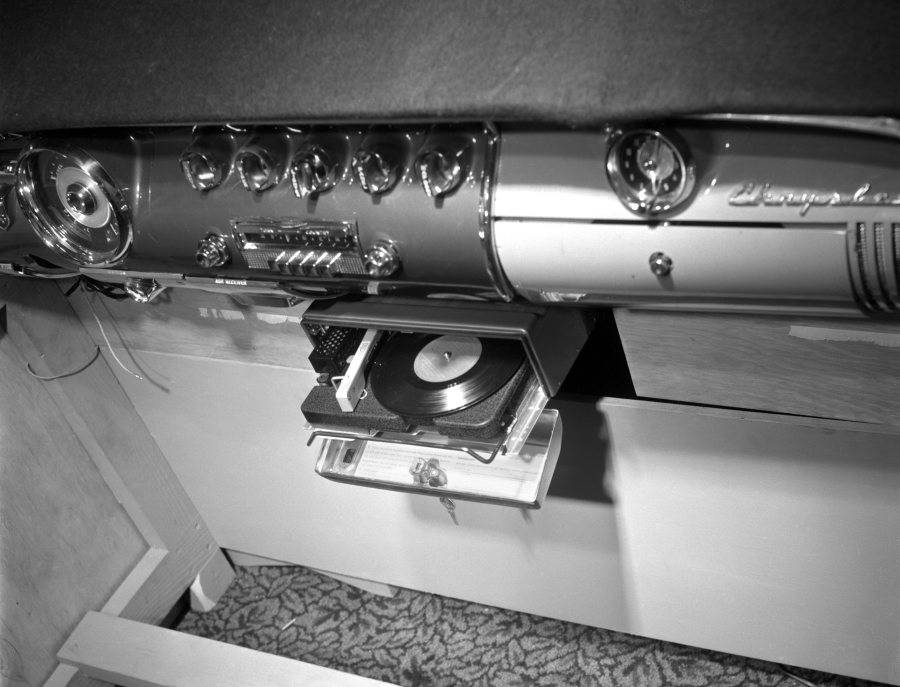 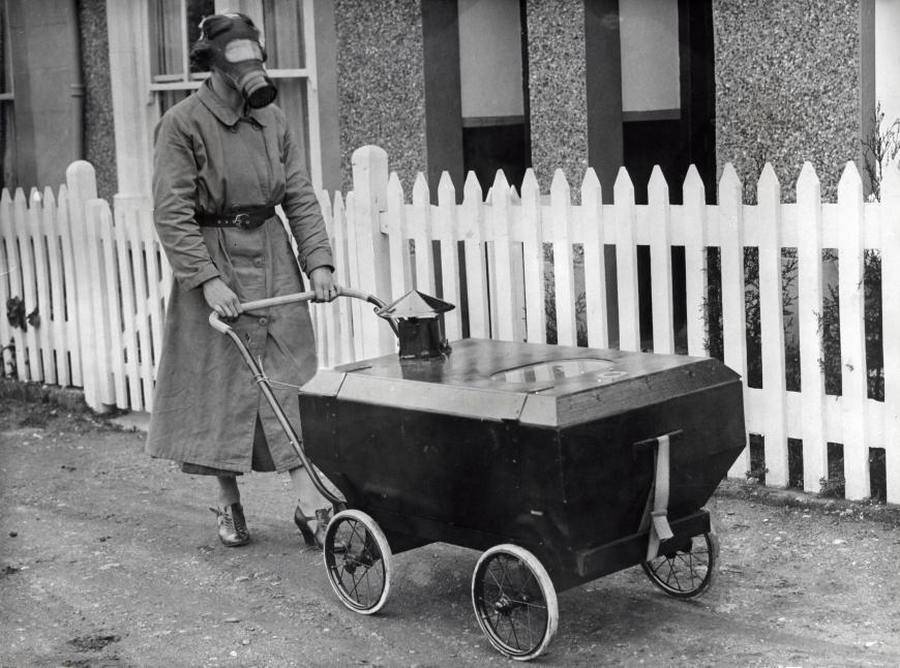 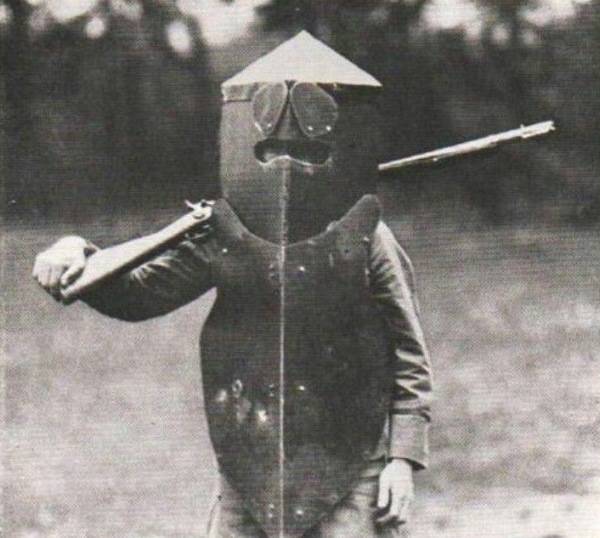 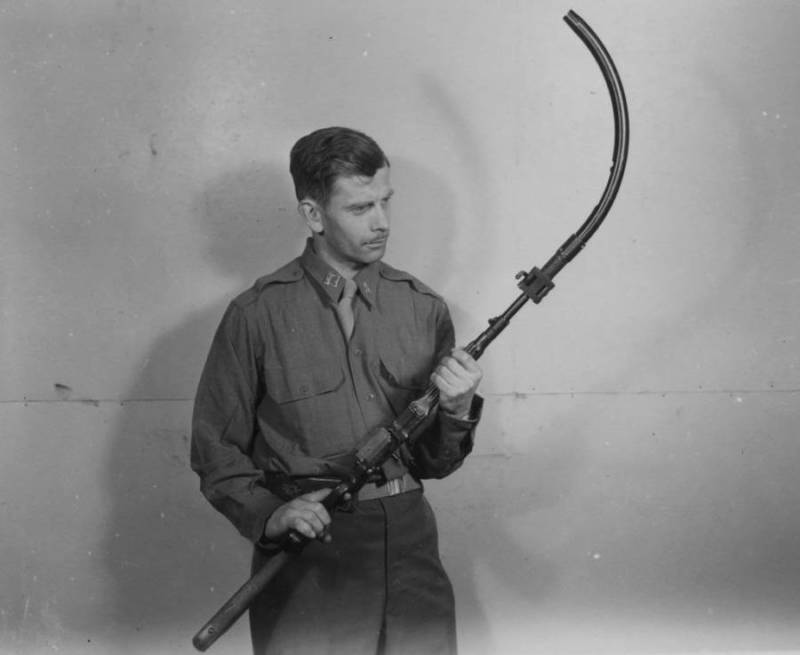 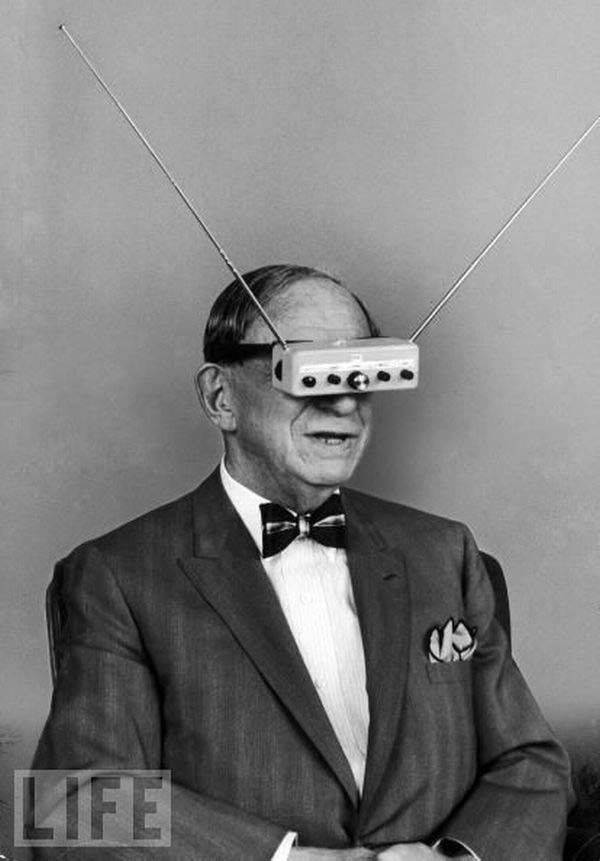 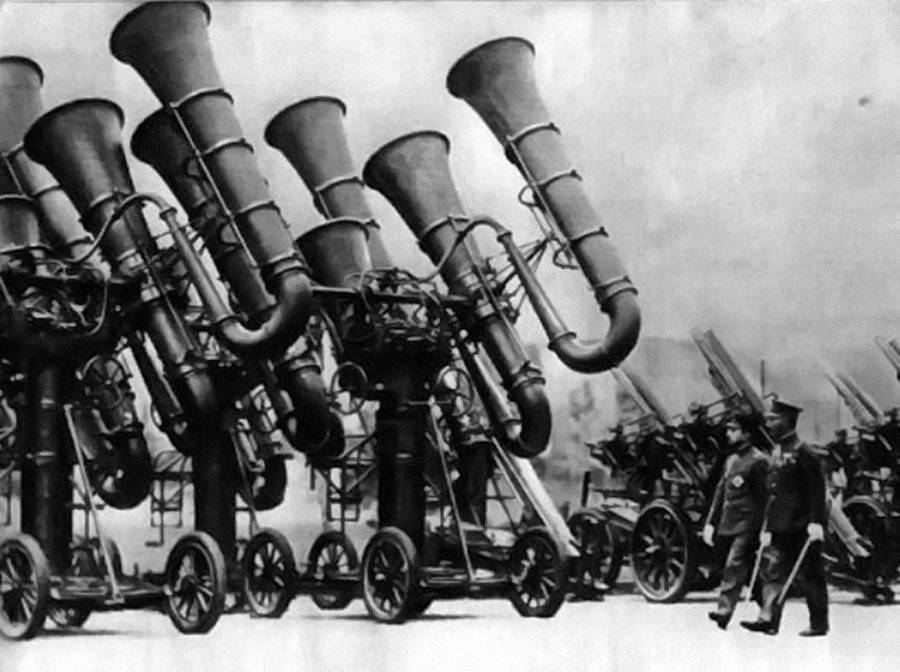 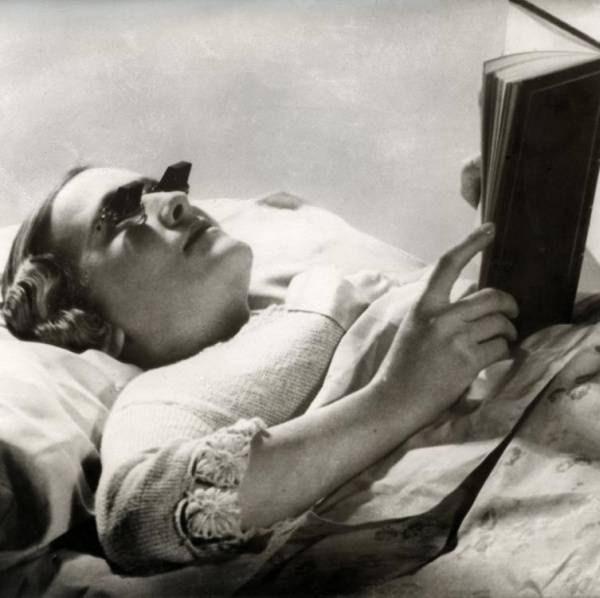 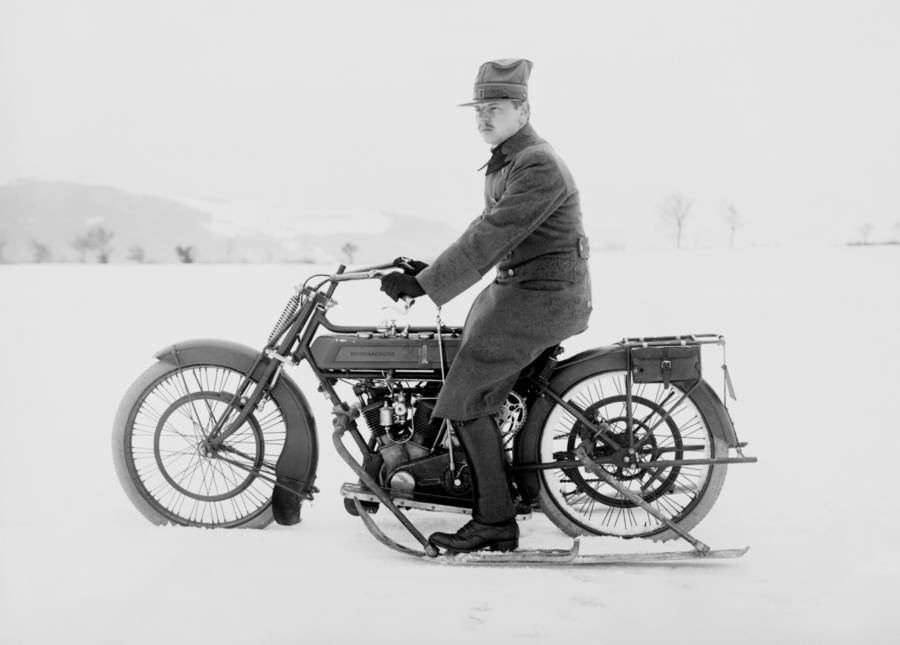 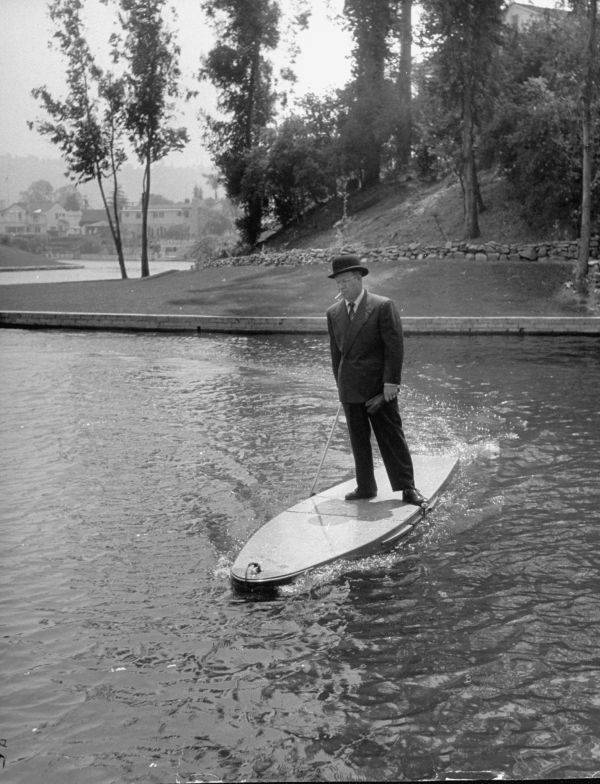 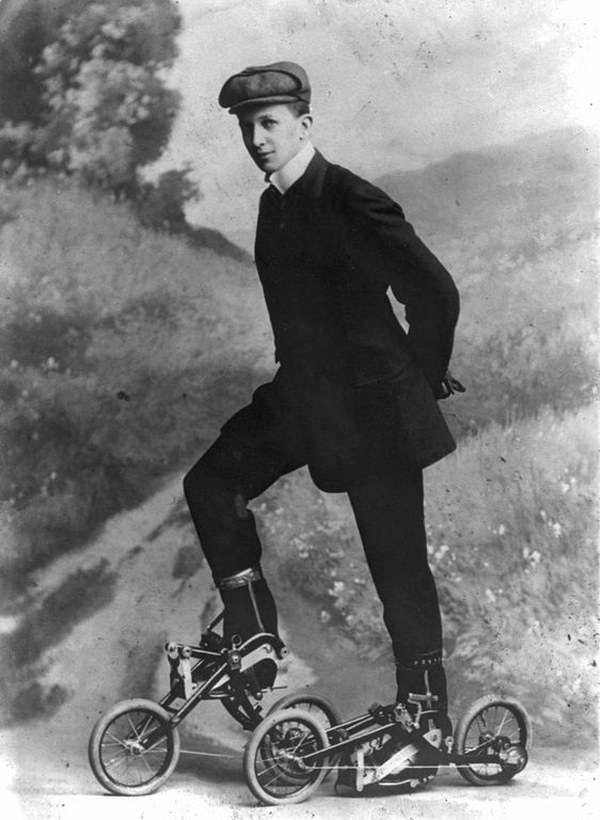 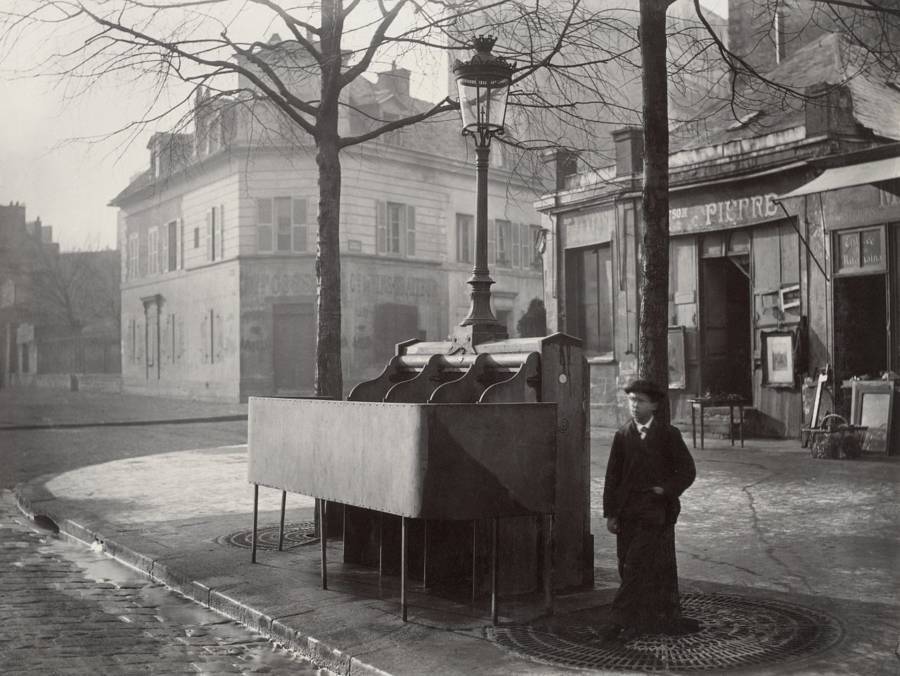 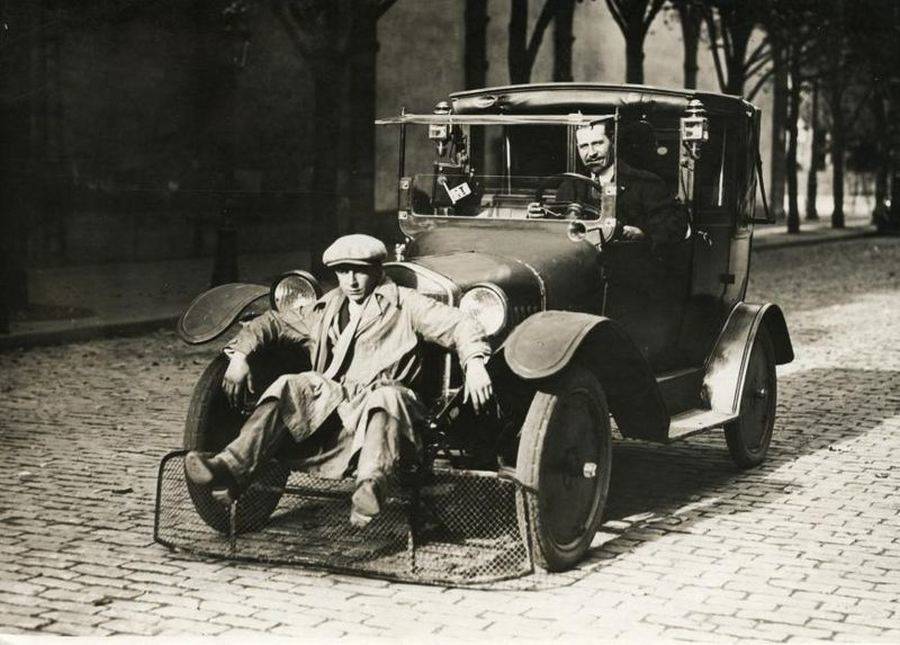 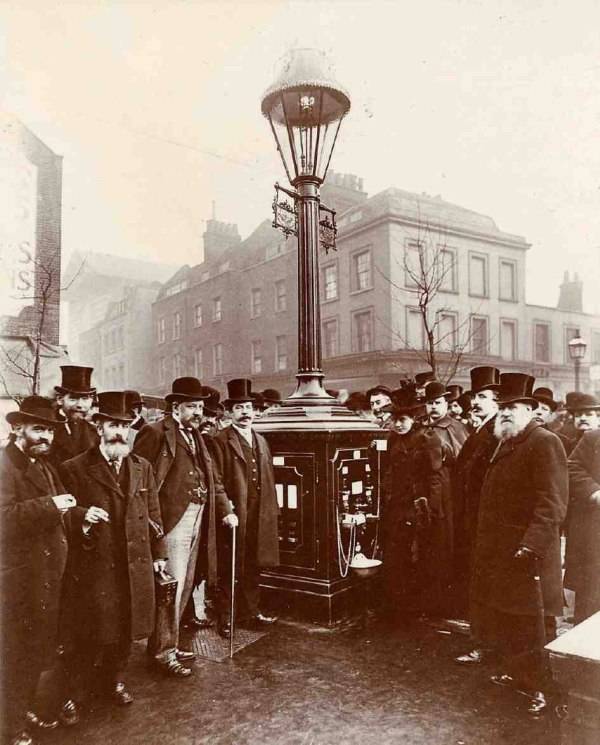 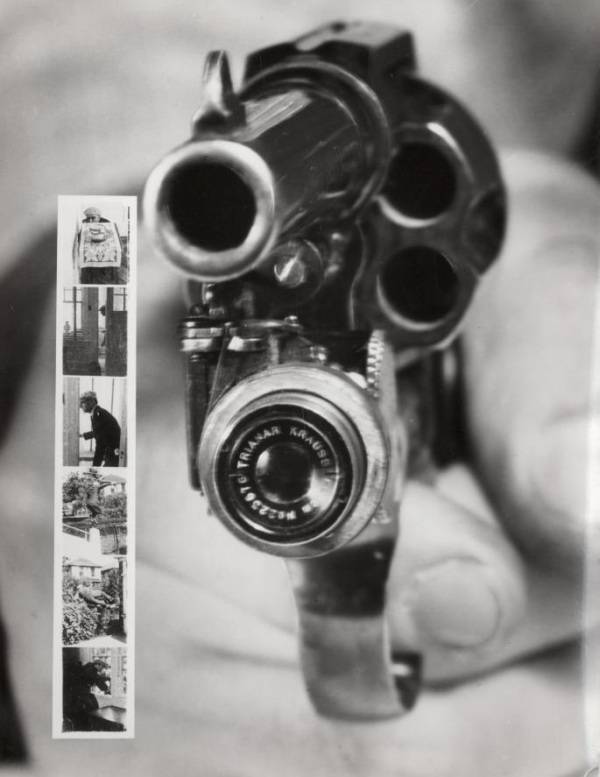 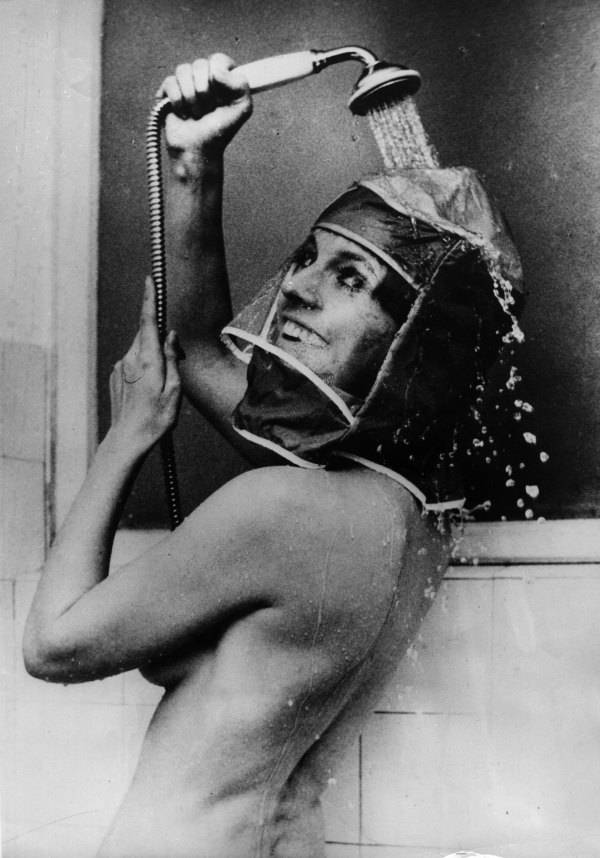 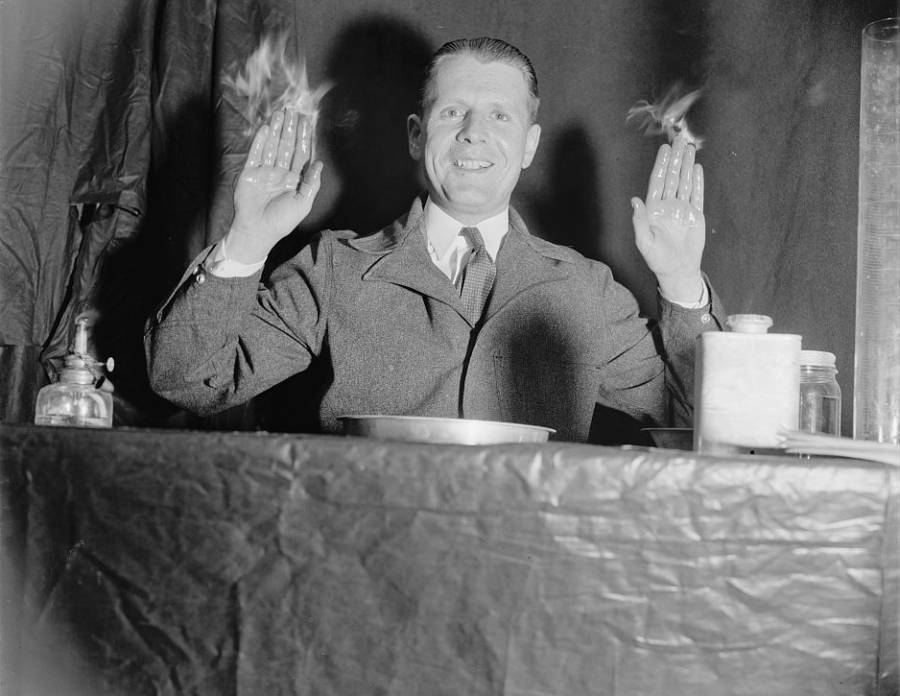 Women wear plastic headgear intended to protect one from snowstorms in Montreal. 1939.Nationaal Archief/Wikimedia Commons
2 of 26

President Lyndon B. Johnson drives his Amphicar on April 10, 1965.

This amphibious land-to-water vehicle of West German origin was produced for several years during the 1960s.

Johnson, a practical joker, reportedly enjoyed bringing unsuspecting guests into his Amphicar and exclaiming that the car's brakes had failed as it sped toward, then into, the lake on his Texas ranch.Yoichi Robert Okamoto/LBJ Presidential Library/Wikimedia Commons
3 of 26

Model Frances Richards smokes a pack of cigarettes all on one cigarette holder. 1955.Jacobsen/Getty Images
4 of 26

A Swiss engineer in Arles, France on his way to Spain in his "Motorwheel," a motorcycle with a wheel which runs on a rail placed inside a solid rubber tire. Sept. 1, 1931. Fox Photos/Getty Images
5 of 26

A nanny supervising a baby suspended in a wire cage attached to the outside of a high tenement block window in New York City. The cages are distributed to members of the Chelsea Baby Club who have no gardens and live at the top of high buildings. June 23, 1937.Reg Speller/Fox Photos/Getty Images
6 of 26

A woman adjusts her stocking by the light of the new Goodyear illuminated tires. The tire is made from a single piece of synthetic rubber and is brightly lit by bulbs mounted inside the wheel rim. Goodyear intended to produce the tires in a variety of colors. 1961. Douglas Miller/Getty Images
7 of 26

A man demonstrates a steel cap, splinter goggles (vision is obtained through thin slits in goggles), and a steel dagger gauntlet, manufactured for the British military during World War I.Wikimedia Commons
8 of 26

The Cyclomer, an amphibious bicycle that never caught on following its introduction in Paris in 1932.Wikimedia Commons
9 of 26

Piano For The Bed

Piano especially designed for people who are confined to bed. Britain. 1935.Nationaal Archief/Flickr
10 of 26

The "Highway Hi-Fi" automobile phonograph for 1956 Chrysler automobiles. Debuted on Dec. 30, 1955, at the CBS-Columbia exhibit in Chicago. CBS/Getty Images
11 of 26

A woman tests a stroller intended to be resistant to gas attacks in Hextable, England in 1938, not long before the outbreak of World War II.Wikimedia Commons
12 of 26

A man wears the Brewster Body Shield, the first body armor developed by the U.S. during World War I. This chrome nickel steel suit could weigh as much as 40 pounds and indeed stop some bullets. Circa 1917-1918.Wikimedia Commons
13 of 26

A man holds a Krummlauf, an experimental curved rifle barrel attachment developed by the Nazis during World War II to shoot around walls and over barriers. The impractical device was produced in small numbers and never saw much use in the field.Public Domain
14 of 26

Japanese Emperor Hirohito inspects his military's acoustic aircraft locators — used to detect planes by the sounds of their engines in the days before radar — sometime before the end of World War II.Wikimedia Commons
16 of 26

A man poses with a motorcycle equipped with skis in order to travel through the snow in Kehrsatz, Switzerland during World War I. Circa 1914 and 1918.Wikimedia Commons
18 of 26

A man wears an early version of roller skates powered with pedals and wheels. 1910.Library of Congress
20 of 26

A boy stands near a pissoir, one of the many outdoor urinals installed on the streets of Paris starting in the mid-19th century. At their peak, Paris' pissoirs numbered more than 1,000. Circa 1865.Wikimedia Commons
21 of 26

A shovel on a car meant to reduce the number of casualties among pedestrians. Paris. 1924.Wikimedia Commons
22 of 26

This particular lamp only lasted until October because locals discovered they could steal from the machine using small pieces of tin instead of coins.Islington Local History Centre
23 of 26

A Colt .38 carrying a small camera that automatically takes a picture when you pull the trigger. Six pictures taken by the camera are embedded to the left. New York. 1938.Nationaal Archief/Flickr
24 of 26

Munich actress Inge Marschall demonstrates the use of the new shower-hood, invented in Germany to protect hair and make-up in the shower. Feb. 12, 1970. Keystone/Getty Images
25 of 26

On Nov. 10, 1938, Maryland inventor George Stern displays his invention, a highly volatile fluid that vaporizes so rapidly that flames from the gases released will not burn.

However, Stern stated that the formula's only practical use would be in creating strange effects for horror films. Library of Congress
26 of 26 If, as the old proverb states, necessity is the mother of invention, then the contraptions in the gallery above were orphans right out of the workshop -- at least to the public at large.

From lamps dispensing beef stock and coffee to phonographs optimistically installed in the dash of '55 Chryslers, these daffy doodads were met with near-total apathy by the innovation-loving masses.

But these unloved weird inventions and ungainly machines are not, however, void of all charm. Enjoying their endearing uselessness is indeed their most suitable application.

It's hard not to love, after all, the devil-may-care bravado of a pipe used to suck down an entire pack of cigarettes at once, or the big picture thinking that goes into a crude wire shovel installed on the front of your car to more benignly scoop up pesky pedestrians.

That's not to say the collection above is nothing but gags. The poison gas-proof baby carriage, for example, as an invention, was close to being many a mother's necessity; the full-sized piano you play in bed would have been a boon for disabled pianists in the pre-keyboard age.

But most of the weird inventions above failed for good reason, many ultimately replaced by considerably less goofy, dangerous, or impractical alternatives. Outdoor urinals became porta-potties; TVs you strap to your face became VR headsets; and baby cages mounted precariously to high-rise windows ceded, swiftly, to common sense.

The remaining oddities are a mixed bag of misguided genius, old-fashioned American hubris, and, in one peculiarly Canadian case, haute couture outerwear. Sure, none of the above curiosities ever caught on, but they live on in eerie black-and-white, a reminder that one man's necessity is another's whimsy.

Want more weird innovations? Explore some of mankind's most useless inventions. Still curious? Learn about famous inventors who got credit for the wrong thing. Finally, have a look at the most incredible inventions ever made by Leonardo da Vinci.