Dark Disney: The Real And Horrifying Stories Behind The Classics

From Cinderella to the Little Mermaid, the origins behind your favorite secretly dark Disney movies are more shocking and violent than you could imagine. 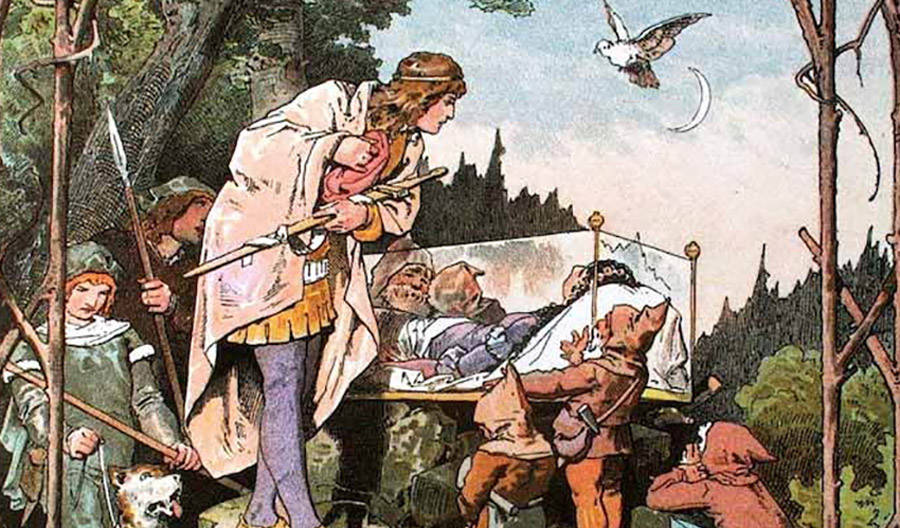 Disney is an industry built on magic and happily ever after. For kids around the world, Disney movies are what dreams are made of. The stories have been inspiring and exciting children since the first animated Disney film, Snow White and the Seven Dwarfs, came out in 1937.

Parents and grandparents share their favorite Disney movies with children and grandchildren. Every little girl has a role model Disney princess and little boys proudly wear Cars or Toy Story PJs. The films are wholesome and positive, loved by parents and children and everyone in between.

When it comes to many of Disney’s classic films, however, the polished happy endings are often a long way off from the original fairytales that inspired them. Torture, hanging, burning feet – these are just a few of the things Disney cuts out when rewriting century-old fairytales for the screen. 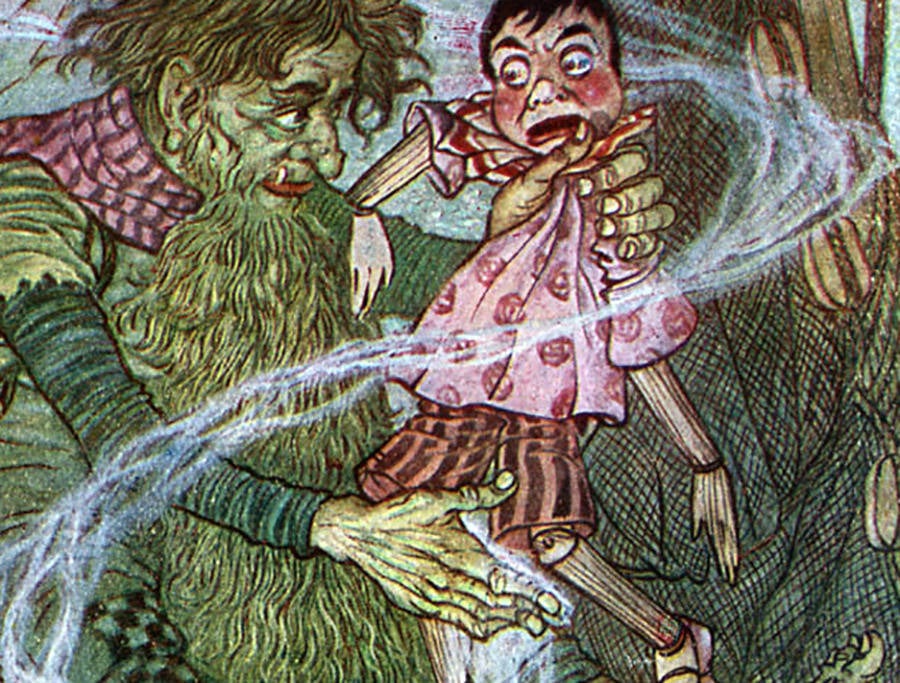 Culture Club/Getty ImagesThe Tale of a Puppet by C.Collodi. Illustrations by Charles Folkard. 1914.

When people visualize Pinocchio, they see the sweet young puppet with a desire to be a real boy. The Disney movie tells the tale of his adventures with his friend and advisor, Jiminy Cricket, and how they ultimately lead him to his dream of becoming a human.

The original creator of Pinocchio, Carlo Collodi, was hoping for a different image. Collodi created the character for a serial story in Italian newspapers with the goal of showing kids the consequences of being bad. Collodi’s Pinocchio was cruel and mischievous. His Jiminy Cricket was only referred to as “Talking Cricket,” and when the cricket tried to give Pinocchio some good advice, the puppet-boy killed him with a mallet. 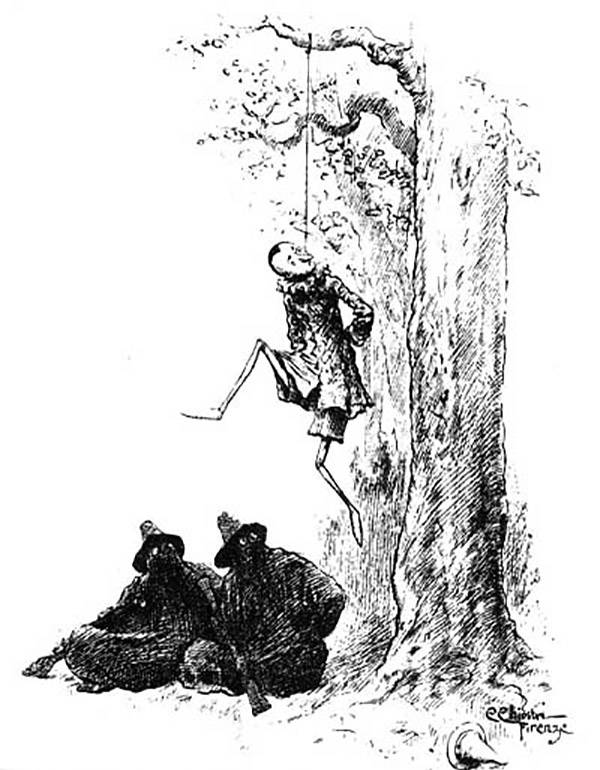 Pinocchio is constantly tortured in different ways throughout the story, all punishment for bad behavior. Collodi initially ended the tale with Pinocchio’s death by hanging, but because of an outcry from fans, Collodi was forced to continue. So he decided Pinocchio’s life would be spared in exchange for even more gruesome punishments from that point forward. 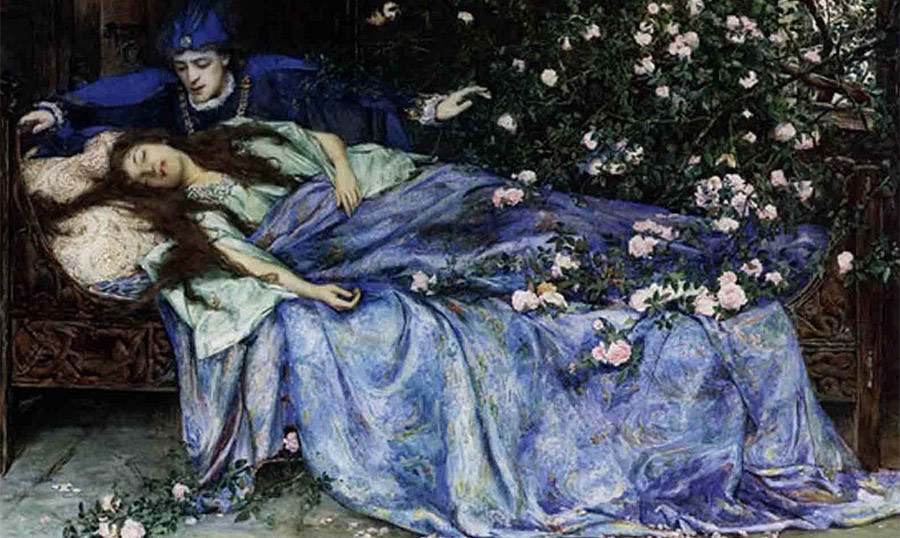 Wikimedia CommonsSleeping Beauty and the King.

Disney’s Sleeping Beauty is a classic tale of a princess in distress and the prince who comes gallantly to her rescue. The original 17th-century Italian tale has similar beginnings: the princess, named Talia, pricked her finger on a spindle and was sent into a deep sleep, fulfilling an earlier prophecy. The rest of Talia’s story is too gruesome to be a children’s tale.

The man who came to Talia’s “rescue” is a king, not a prince. The king’s kiss did not awake Talia. He instead “gathers the fruits of her love,” which is a nicer way of saying he raped her while she slept.

Nine months later, she gave birth to twins, and one of them sucked the splinter from her finger, waking her up. Talia and the king fall in love, but the king is still married. His queen orders the twins to be kidnapped, cooked, and fed to the unknowing king.

Luckily, she fails. The moral of this story was: “Lucky people, so ’tis said, Are blessed by Fortune whilst in bed.” 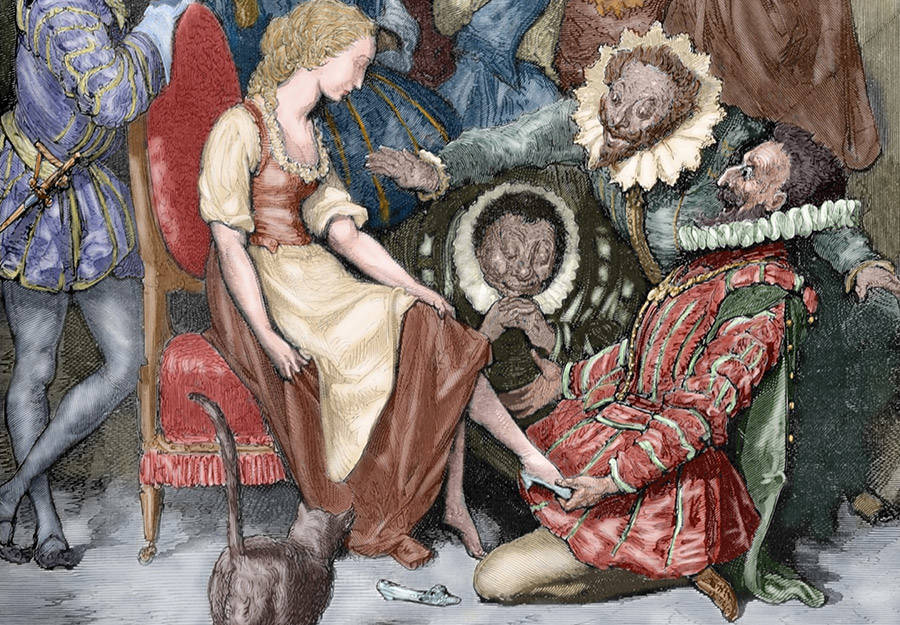 PHAS/UIG/Getty ImagesThe gentleman putting the slipper in his tiny foot, saw that he was very suitable. Engraving. The Illustrated World. 1882.

When Disney’s Cinderella II came out in 2002, it turned out that Cinderella’s evil stepsisters weren’t as evil as they were shown in the first movie. One of them, Anastasia, was even featured having her own love interest with a baker, a relationship encouraged by Cinderella.

The fate given to the stepsisters by the Brothers Grimm was not so forgiving. In that fairytale, the two girls cut off different parts of their feet in an attempt to fit into the slipper.

Some doves swooped in to show the prince the blood on the shoe, so he would not be fooled. At the end of the story, the stepsisters attend Cinderella’s wedding, only to have their eyes pecked out by the doves who had betrayed them earlier.