Dark Disney: The Real And Horrifying Stories Behind The Classics 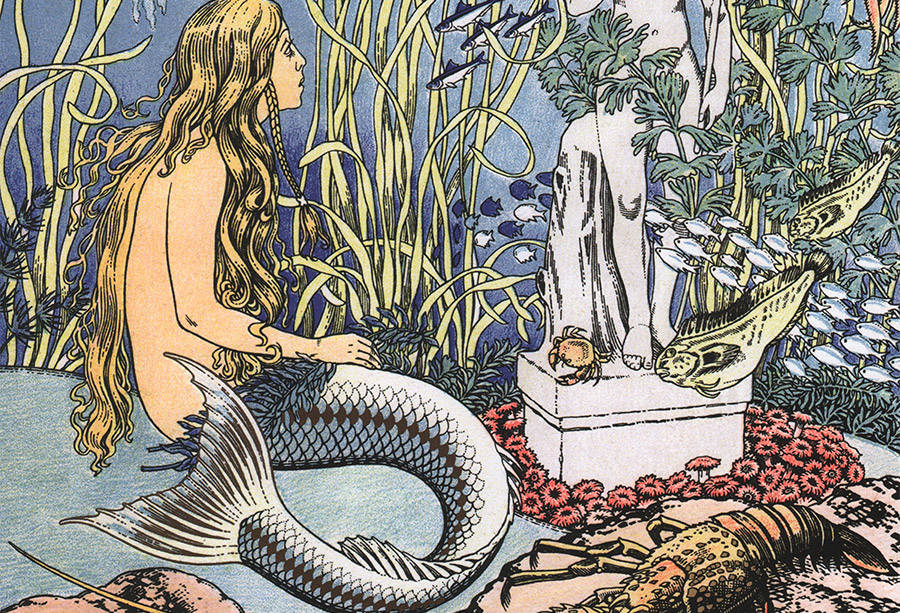 In Hans Christian Andersen’s version of the tale, Ariel makes a deal with the sea witch in order to become a human and pursue the prince she saved in a shipwreck. She gets a pair of legs in exchange for her tongue.

However, part of the deal is that every step she takes with this new pair of legs will feel like walking on shattered glass. If Ariel gets her true love’s kiss, she can remain a human, but if she fails, she will die.

The prince never actually saw Ariel’s face when she saved him, so he ends up marrying someone else. The sea witch tells Ariel she can just turn back into a mermaid instead of dying if she kills the prince.

Of course, Ariel cannot bring herself to do that. Instead, in dark Disney fashion, she throws herself into the ocean and dissolves into sea foam. 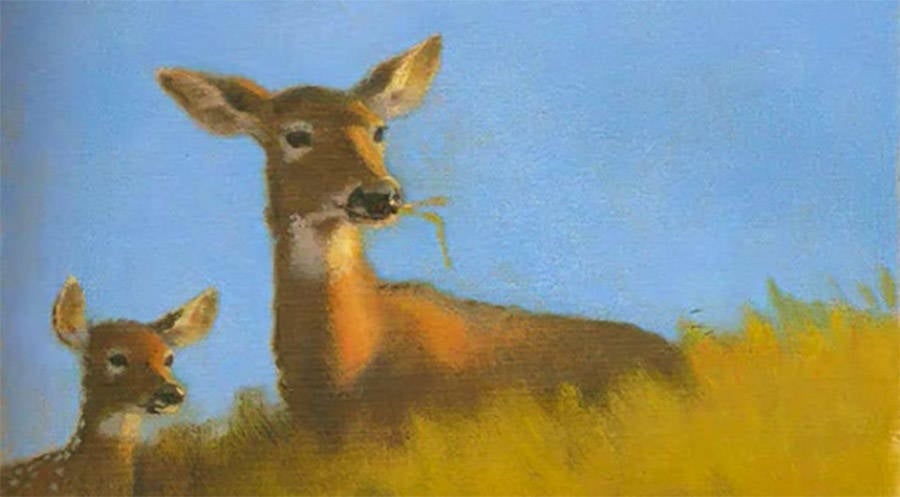 Bambi, a Life in the Woods is a novel following a deer through his life growing up in the woods. Though Disney took this adult novel and turned it into a heartwarming Disney movie, the book touches on the circle of life, survival, man vs. nature, etc.

The book is also very violent. On Bambi’s first walk into the woods, he witnessed a mouse get killed and heard creatures threatening each other with death.

Later, after a hunter shoots Bambi and another deer, “The Great/Old Prince,” teaches him to walk in circles and spread the blood so that the hunter gets confused. The Great Prince also showed Bambi the body of the dead hunter at the end of the story, to prove that man is not all-powerful.

The Hunchback of Notre Dame 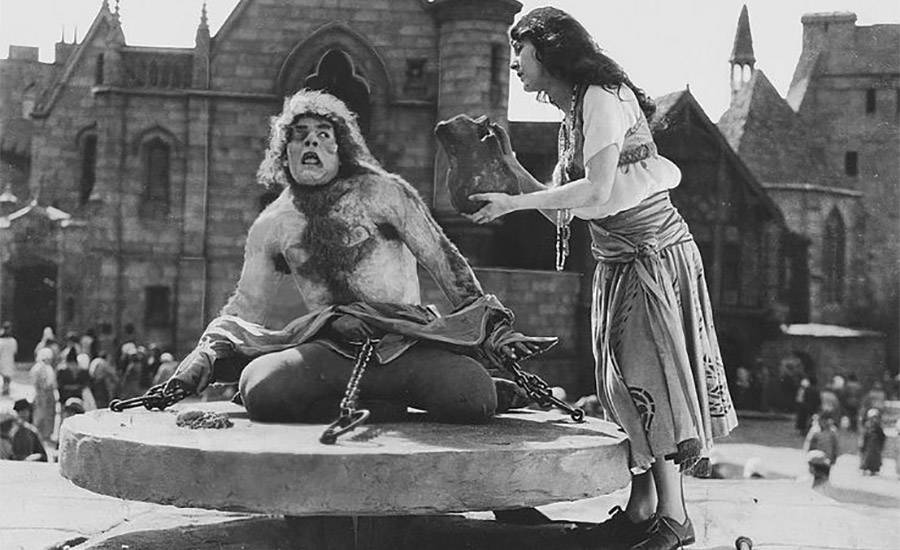 Wikimedia CommonsA publicity photo from the 1923 movie The Hunchback of Notre Dame.

The Hunchback of Notre Dame is one of Disney’s darker films. Like the novel it’s based off of, the movie is about a hunchback named Quasimodo, who grew up in Notre Dame Cathedral, raised by an archdeacon named Frollo.

Quasimodo and Frollo both fell in love with the same woman, Esmeralda. At the end of the film, Quasimodo pushed Frollo, the villain, off the roof of the cathedral, killing him.

It’s already uncharacteristically morbid for Disney, but the original novel by Victor Hugo has an even worse ending for the protagonists. In Hugo’s story, Frollo framed Esmeralda for attempted murder, and she was sentenced to be hanged.

Quasimodo still pushed Frollo off a roof, but it was because Frollo was laughing at Esmeralda’s hanging. Quasi then goes to Esmeralda’s grave and refuses to leave her, so he ultimately dies of starvation there. Hugo’s book did not end happily for anyone. 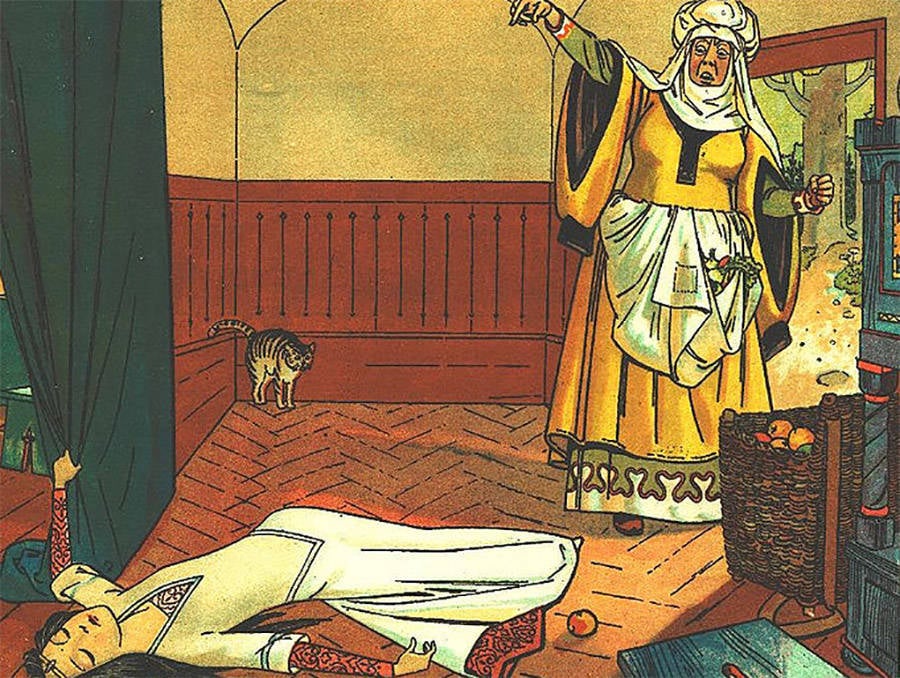 Wikimedia CommonsSnow White and the witch.

Snow White still gets her happily ever after in the original Brothers Grimm fairytale. After the evil queen failed two attempts to personally kill Snow White, she finally decided to try out the poison apple. It seemed to work, but then the prince swooped in with his true love’s kiss to save her.

In the end of this dark Disney story, Snow White and the prince are still married. However, the evil queen is at the wedding and her punishment is that she has to dance around in iron-hot shoes burning her feet until she dies. Even princesses get their revenge.

Enjoy this article on dark Disney stories? Next, check out these vintage Disneyland photos. Then read about these popular and creepy legends that are actually true.