This Humungous Fungus Is Three Times The Size Of A Blue Whale And 2,500-Years-Old

When first discovered, the Armillaria gallica mushroom was thought to be about 110 tons, but new research estimates that it actually weighs roughly four times that much— and is a millennium older. 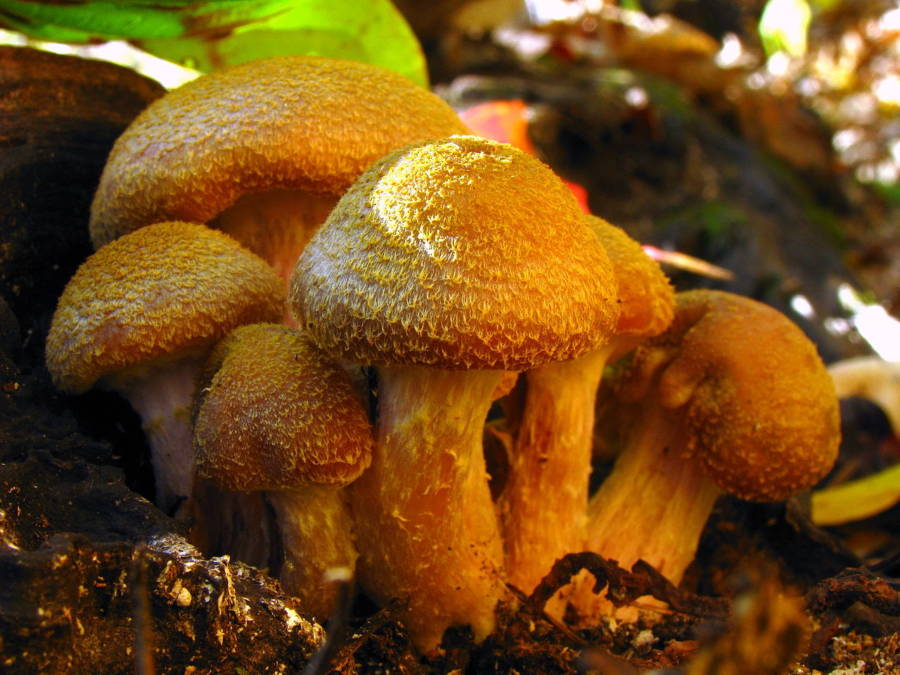 When people think of the Earth’s largest organisms, they usually imagine whales, elephants, and dinosaurs. Turns out though that the largest organisms on Earth aren’t animals at all, but a species of humungous fungus that lives right beneath our feet.

One of the most notable examples of this impressive fungus, known as Armillaria gallica, is located in Crystal Creek, Michigan. A team of researchers originally discovered the mushroom back in the late 1980s and dubbed it the largest single organism in the world.

At the time, the researchers estimated that the fungus clocked in at 110 tons and was an astonishing 1,500-years-old. However, a new study by the same team published in bioRxiv this year reveals that the fungus is much more massive and much older than they originally thought.

The team took 245 samples across the mushroom, examined these, and concluded that all of the samples did indeed originate from one single organism. This means that the single fungal strain covers 90 acres of land on the Upper Peninsula of Michigan: and is two times the size of New York City’s Grand Central Station.

The study posits also that the massive organism is actually 2,500-years-old— a millennium older than initially believed— and is roughly four times heavier than they previously thought, weighing a whopping 440 tons, which is equivalent to three blue whales.

In their analysis, they also discovered that the fungus is evolving at a pretty slow rate, which is what brought them to age the mushroom 1,000 or so years. 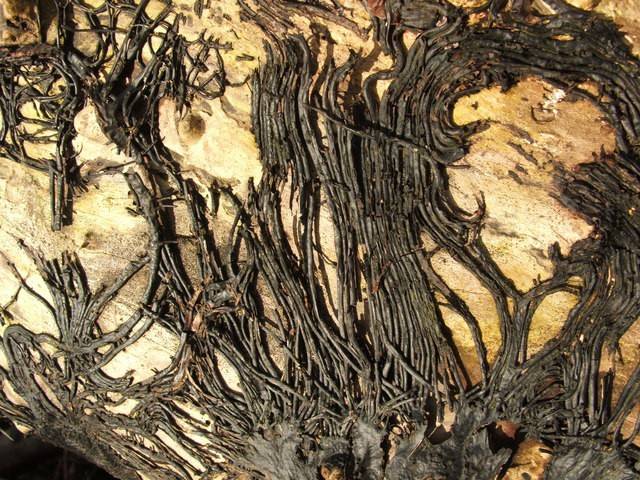 This humungous fungus lives underground and reveals itself above ground in the form of clumps of honey mushrooms. The bulk of its 440-ton body exists within the soil in the form of rhizomorphs, which are long, black tendrils that extend not unlike roots throughout the ground.

Rhizomorphs can grow for miles through the soil, fueled by a diet of wood, and are the reason why Armillaria has reached such massive proportions.

As cool as these humungous fungi are, their impressive size comes at a high price. These mushrooms are parasitic and nestle their way underneath the bark of trees, eat the wood, and kill them. The fungus lives underground but in many places with large Armillaria, the devastation can be seen from above. 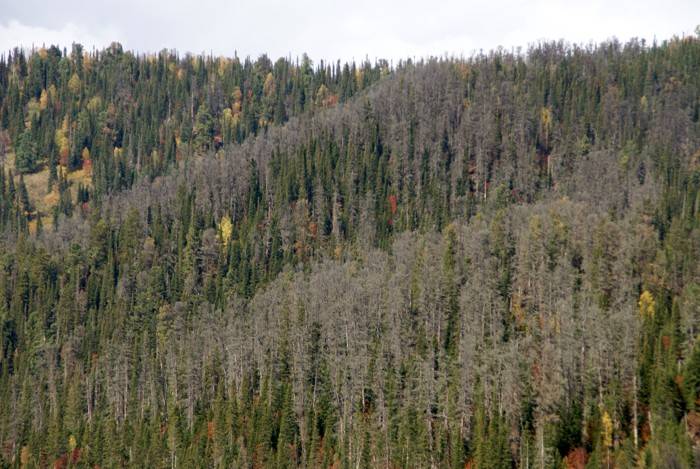 Igor PavlovA forest of trees dying due to damage from Armillaria.

The Armillaria gallica fungus in Crystal Creek, Michican is an impressive force of nature, but it isn’t even the largest of its kind.

After the mushroom was first discovered 25 years ago, a nationwide search for Armillaria like it began. The largest known fungus in the world is currently its cousin, an Armillaria ostoyae fungus which covers 2,200 acres in Oregon’s Blue Mountains.

There is certainly some formidable fungus among us.

After learning about the gigantic Armillaria gallica mushroom, check out these fascinating photographs of Cordyceps, the killer fungus that takes an insect host. Then, take a look at this horrifying fungus which uses mind control on insects to make zombie ants.