Richard Francis Burton: The Victorian Adventurer And Spy Who Brought The Kama Sutra To The West

Victorian adventurer Richard Francis Burton was a poet, soldier, spy, and explorer — but that's not even the half of it. 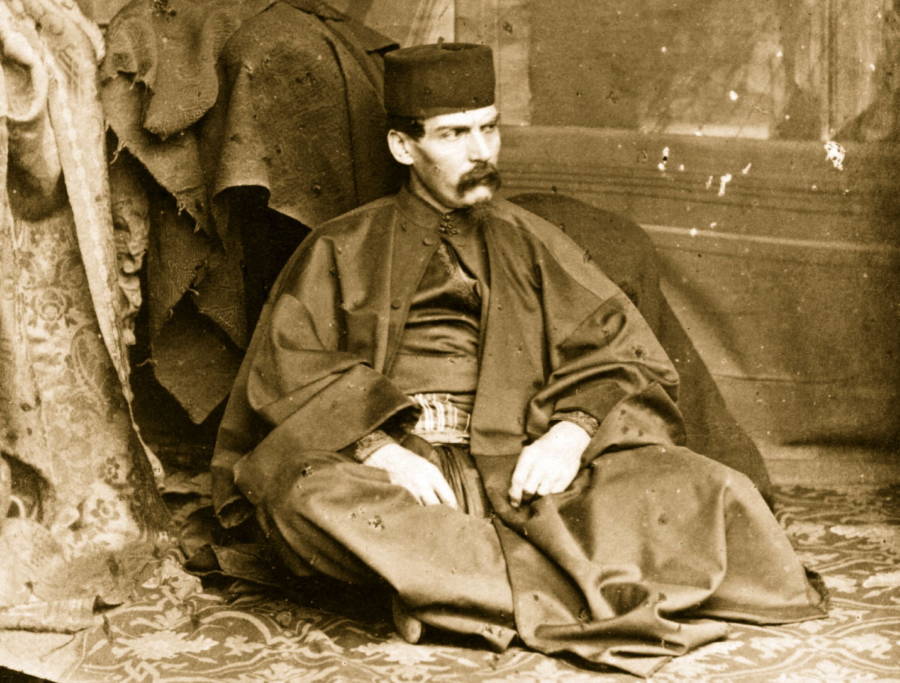 Sir Richard Francis Burton’s obituary described him as “one of the most remarkable men of his time” and he certainly lived up to that distinction. A linguist, soldier, explorer, spy, and author (among many other things), Burton lived a life of almost unparalleled adventure that spanned nearly five continents and seven decades.

Richard Francis Burton was born in Devon, England in 1821. He got his first taste of adventure at a very young age, traveling around the world with his father, who was an officer in the British Army.

As a boy, the world-traveling Burton had an extraordinary talent for languages (by the end of his life, he was supposedly fluent in around 40) and claimed he could speak Greek and Latin before he was five. But Burton had a flair for raucous parties as well as languages and was kicked out of Oxford in 1842, after which he decided to enlist with the army of the East India Company, with which he would fight Great Britain’s battles with various opponents in the regions of India and Pakistan. 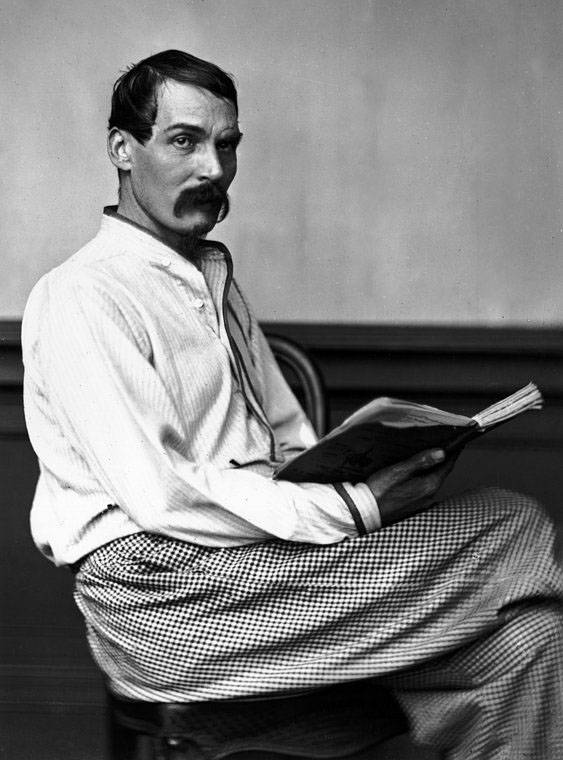 Burton’s linguistic skills made him an ideal intelligence officer and he was able to assimilate into local cultures as a spy, during which time he was renowned for not breaking character for days on end thanks to his language skills. He reportedly even kept a group of monkeys in hopes that he might learn their language.

Meanwhile, he also distinguished himself as a warrior, in the words of one biographer, because of his “demonic ferocity as a fighter and because he had fought in single combat more enemies than perhaps any other man of his time.”

All in all, he spent a decade doing covert work in India before he decided to take on a new adventure.

At this point in history, the Islamic holy city of Mecca was a “forbidden city” that was off-limits for Europeans on pain of death. But Richard Francis Burton thought he was up to this unique challenge and the Royal Geographic Society agreed to fund his unprecedented adventure — on the condition that he survived his trip.

Burton’s talent for languages and disguise ensured that his cover (as a sheikh named Abdullah) would not easily be detected. But, as he put it, “a blunder, a hasty action, a misjudged word, a prayer or bow, not strictly the right shibboleth, and my bones would have whitened the desert sand,” so he also needed to make sure that every facet of his disguise was foolproof. Thus, he had himself circumcised. 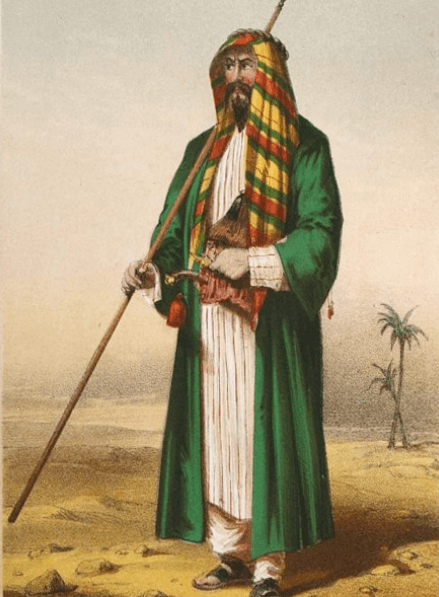 Burton’s commitment paid off and in September of 1853 he made it not only to Mecca but inside the Kaaba, the building at the center of the mosque that marks the most sacred spot in the entire world for Muslims.

Finding The Source Of The Nile

Perhaps Burton’s journey to Mecca had instilled in him a taste for forbidden cities. In 1854, he became the first modern European known to have entered the city of Harar in present-day Ethiopia, a dangerous center for the slave trade that was notoriously hostile to all outsiders. There, he later boasted, “I was under the roof of a bigoted prince whose least word was death.”

In 1856, Richard Francis Burton decided he wanted to add another “first” to his list of accomplishments and set off with fellow explorer Jack Speke to try and find the origins of the Nile. The starting point of the world’s longest river had been unknown even to the Egyptians and so the two Englishmen launched a harrowing journey through Africa, during which both of them fell seriously ill several times.

As they came closer to what they were sure was their goal, Burton became too sick to continue and Speke went on alone to what would be dubbed Lake Victoria, the answer to the mystery of the Nile’s source. Speke’s solo trip to the lake was the beginning of a long public feud between the two famous explorers, which ended only with Speke’s death from a (perhaps suicidal) gunshot wound in 1864. 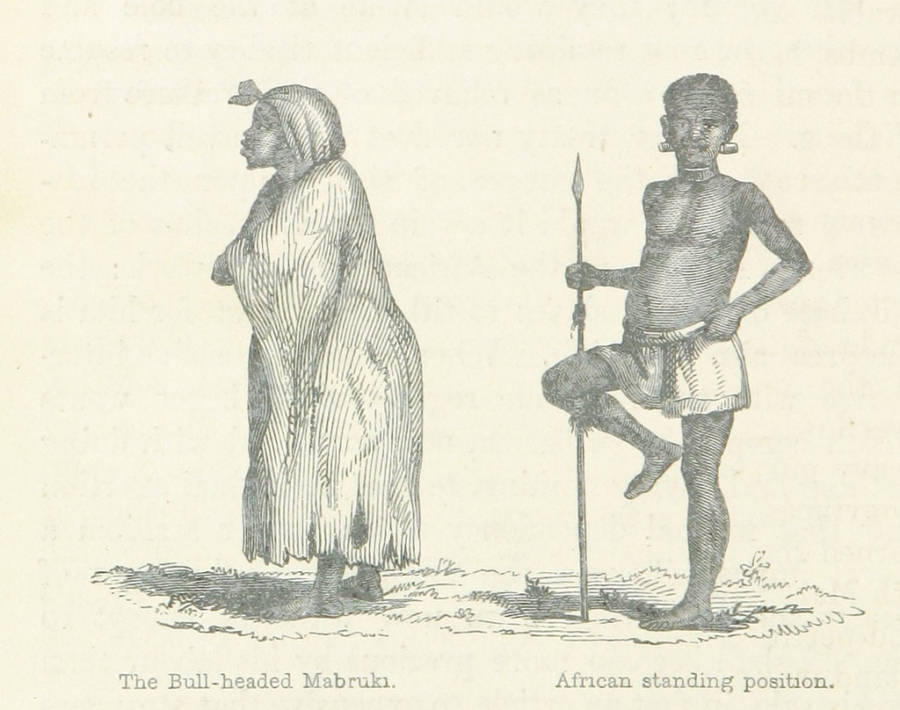 Flickr CommonsIllustration of African natives that Richard Francis Burton, as described in his Lake Regions of Central Africa.

Despite falling ill near Victoria, Burton was nevertheless able to explore much of the surrounding area. Ultimately, he cataloged his surveys of the geography and people of much of East Africa, publishing the results in 1860 under the title Lake Regions of Central Africa.

Not Done Seeing The World

The year after, his survey of Africa was published, Richard Francis Burton wed Isabel Arundell. Although she came from a “distinguished Catholic family,” she was no Victorian wallflower and learned to fence so she could “defend Richard when he and I are attacked in the wilderness together.”

Nevertheless, married life marked the beginning of the end of Burton’s more daring adventures — although he was far from done seeing the world. He took a job at the Foreign Office as a consul, which sent him to Turkey, Brazil, the African island of Fernando Po, and several other exotic posts before he was finally posted in Trieste, in present-day Italy. For his service, he was knighted by Queen Victoria in 1886. 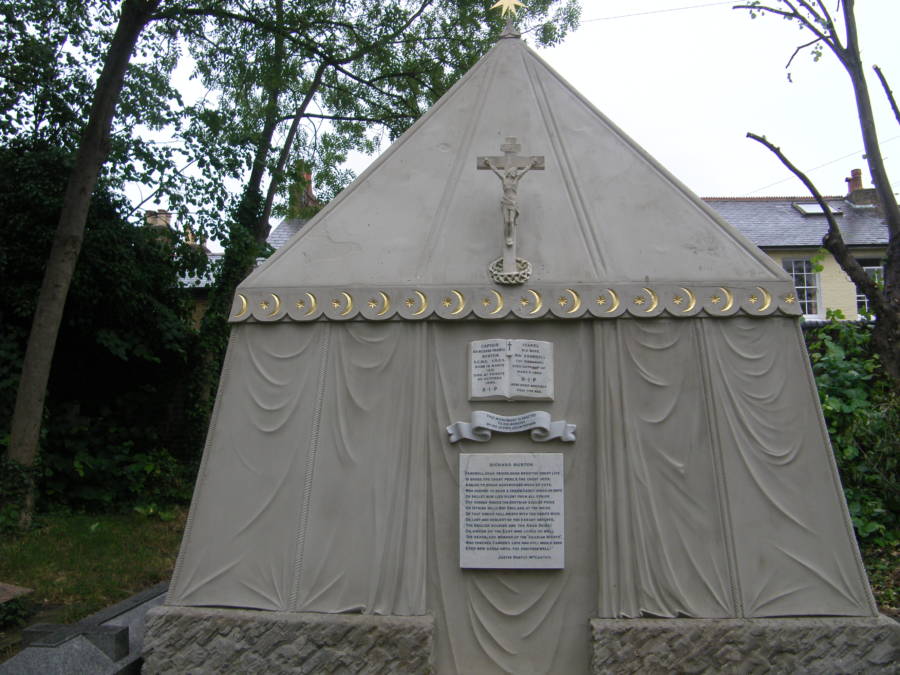 Burton then spent his later days publishing translations of the foreign works he had collected during his travels, including The Book of the Thousand Nights and a Night (which first introduced Europeans to Aladdin) and The Kama Sutra, which at the time was considered pornography.

Finally, Richard Francis Burton passed away in Trieste in 1890. His tomb in London, in a testament to his travels, is in the shape of a Bedouin tent.

After this look at Richard Francis Burton, read up on Percy Fawcett and his mysterious disappearance while searching for El Dorado. Then, discover the story of explorer Peter Freuchen, the real most interesting man in the world.