Blake Fischer killed 14 animals, including a giraffe, leopard, and a family of baboons — and sent the photos to 100 friends and colleagues. 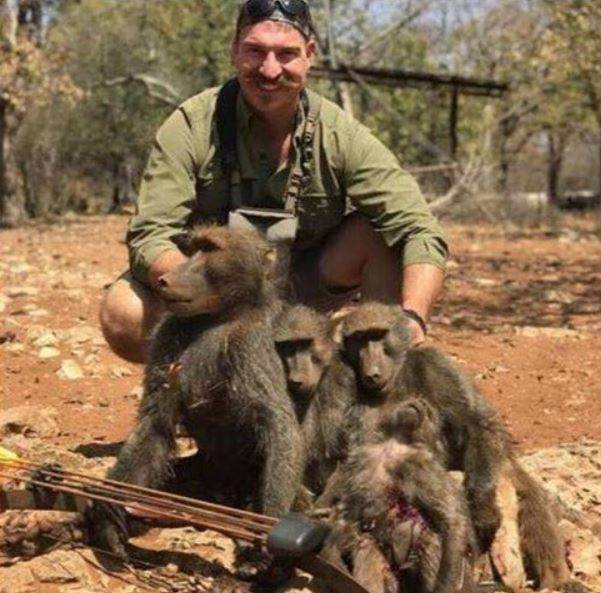 TwitterBlake Fischer with the baboon family he killed.

Blake Fischer, an Idaho’s Fish and Game commissioners, is facing intense backlash after sending an email to about 100 of his friends and colleagues in which he bragged about a recent game hunting trip to Africa. The email contained several macabre images, including one where Fischer is seen posing with a family of baboons that he claimed to have killed.

Instead of receiving the praise that he seemingly expected, Fischer is now being pressured to resign from his post, according to theIdaho Statesman.

According to the Idaho State Journal, Fischer wrote in the Sept. 17 email:

“I have been back for a week, but have been hunting and trying to get caught up. Anyways, my wife and I went to Namibia for a week… first she wanted to watch me and ‘get a feel’ of Africa… so I shot a whole family of baboons. I think she got the idea quick.” 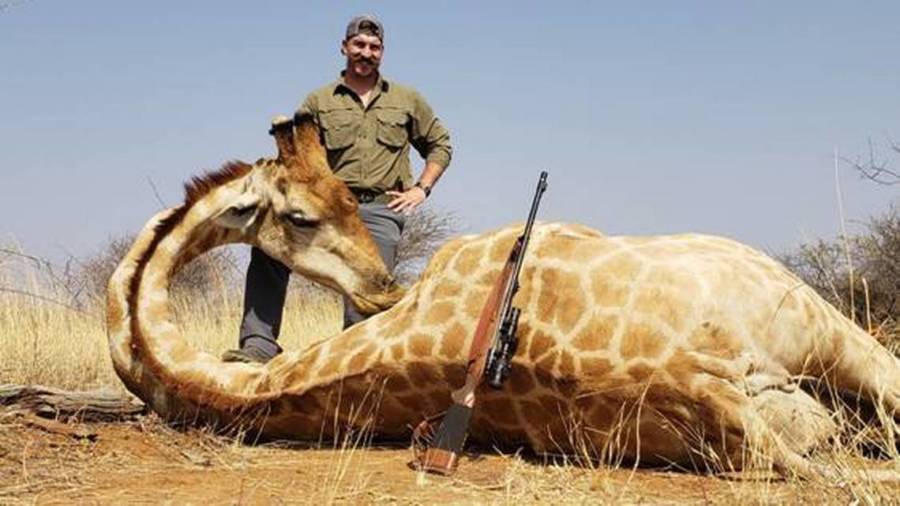 Idaho governor’s officeBlake Fischer with a giraffe he killed in Namibia.

If the facts and figures in the email are accurate, Fischer and his wife shot at least 14 animals during their trip. These animals included a giraffe, leopard, impala, sable antelope, waterbuck, kudu, warthog, gemsbok (oryx), and eland.

Once in Namibia, Fischer reportedly received a list of animals that he was allowed to hunt. Some of the animals required a trophy fee to be paid in exchange for killing it, but some were able to be killed free of charge. “Baboons are free,” he told the Idaho Statesman. “I get it — they’re a weird animal. It’s a primate, not a deer.”

Upon receiving the email, Fred Trevey, who was a Fish and Game commissioner from 2007 to 2015, replied to Fischer and urged him to resign in order “to shield the commission as an institution and hunting as a legitimate tool of wildlife management from the harm that is sure to come.”

“I’m sure what you did was legal, however, legal does not make it right,” Trevey wrote, per the Idaho Statesman.

Fischer has since apologized for sending the unsolicited photos but is apparently not sorry for the hunt and the kills themselves. 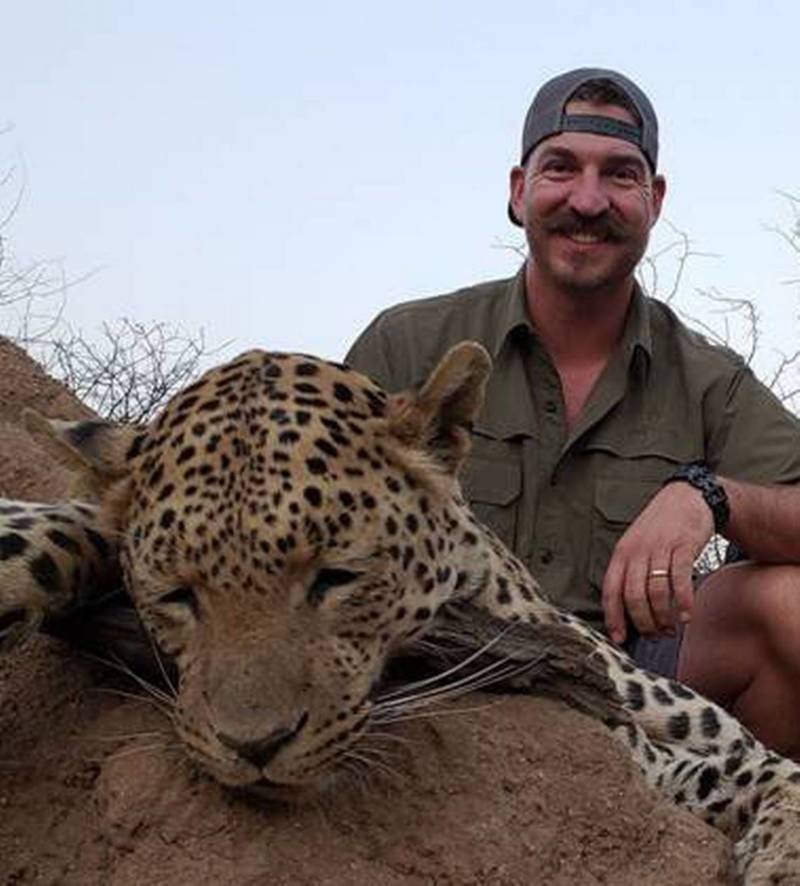 Idaho governor’s officeBlake Fischer with a leopard he killed in Namibia.

But others say that the release of the graphic images — specifically the one with the slain baboon family — was enough to make the entire Fish and Game commission look bad.

“They killed a whole family, including small baboons, and I think that’s revolting,” former commissioner Keith Stonebraker told the Statesman. “It just puts a bad light on us.”

“My reaction to the photo and accompanying text of you smiling and holding a ‘family’ of primates you killed, dismays and disappoints me,” Trevey wrote in his email, according to The Washington Post. “I have a difficult time understanding how a person privileged to be an Idaho Fish and Game Commissioner can view such an action as sportsmanlike and an example to others.”

Fischer, who has been working as a commissioner for the past four years, hasn’t indicated that he is planning to resign from his post anytime soon.

Next, read about the Texas billionaire that paid to kill an endangered black rhino in Africa. Then, learn about some animals that fought back against their poachers.