15 Times Animals Got Their Revenge On Poachers

Some experts believe that wild animals are striking back against those poachers who traumatized them — in other words, getting their revenge. 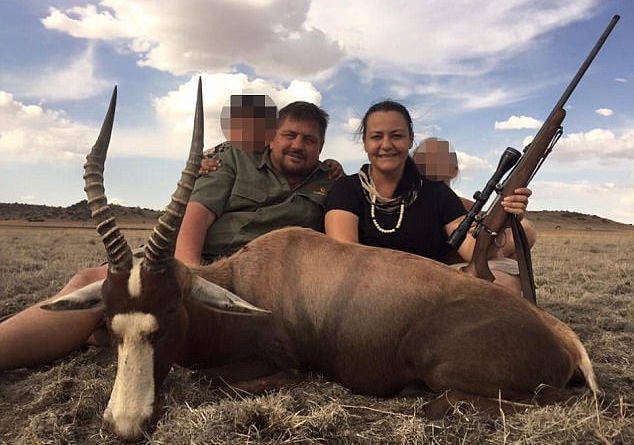 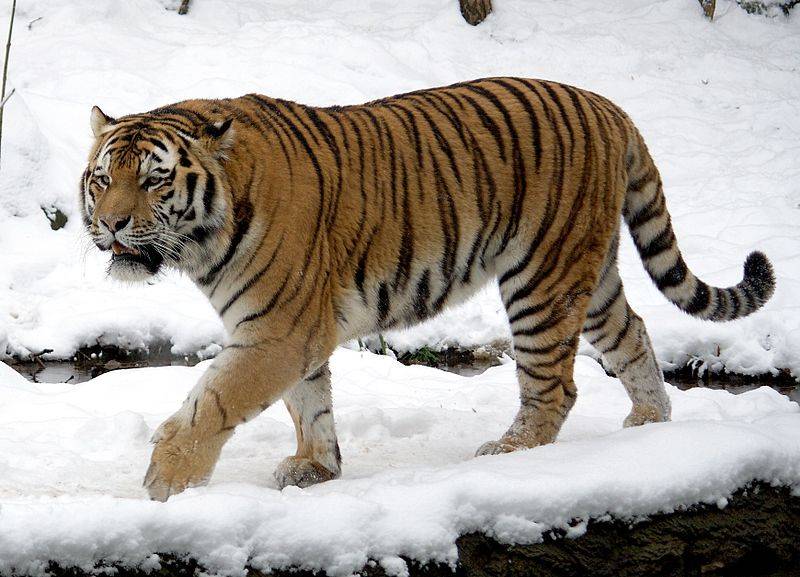 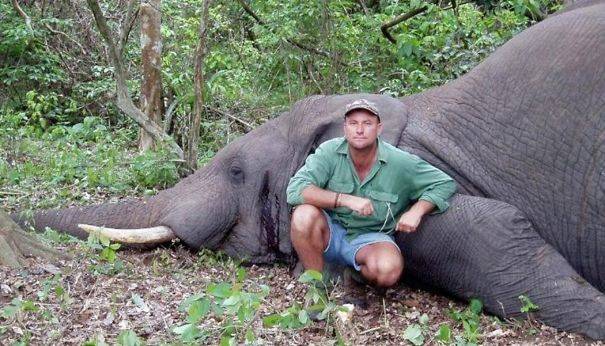 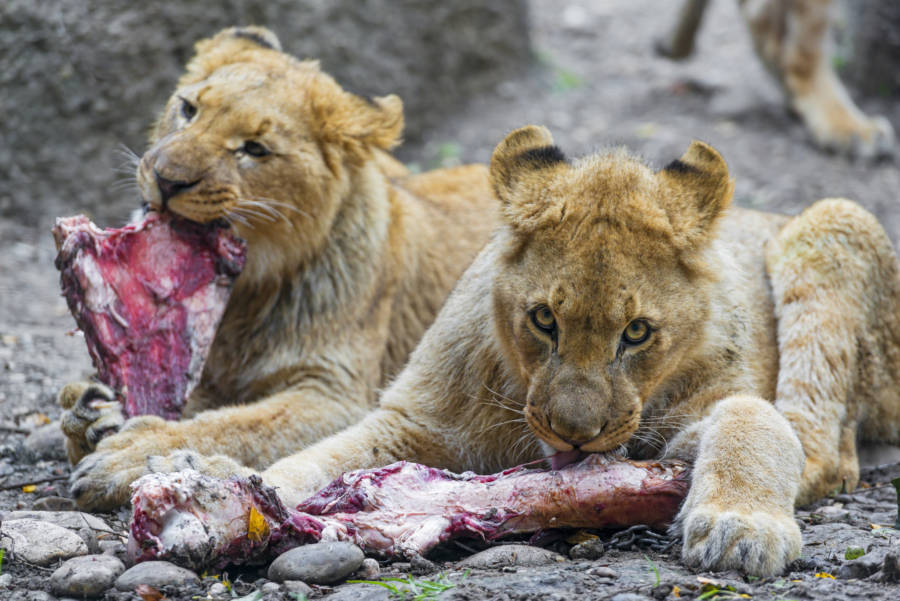 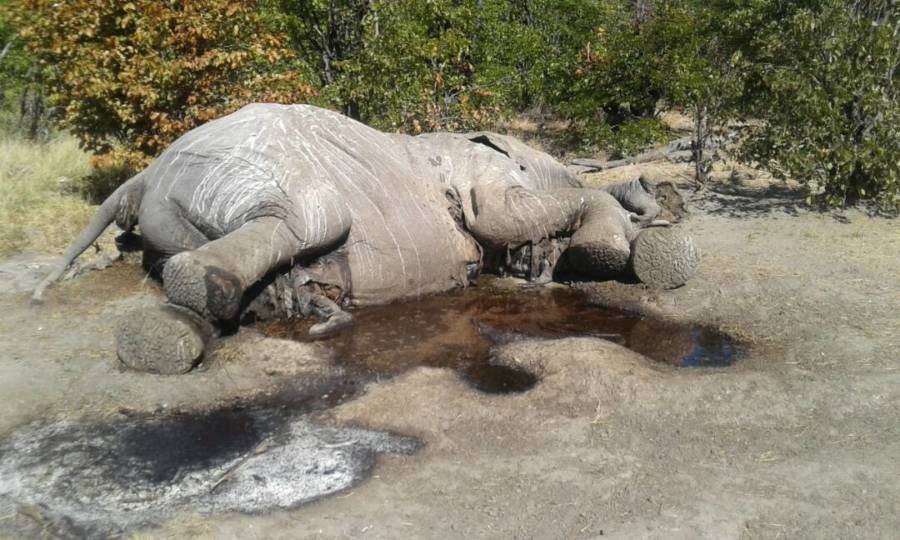 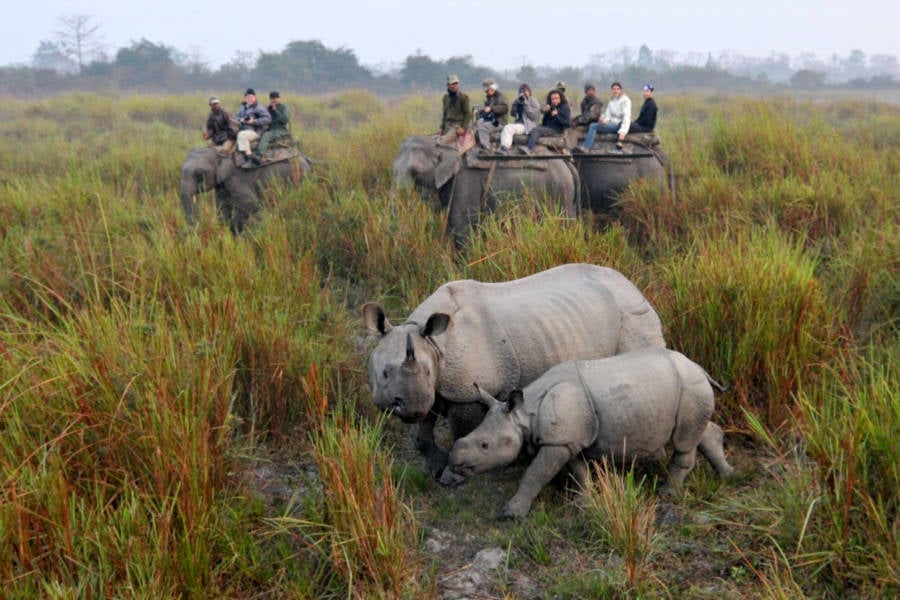 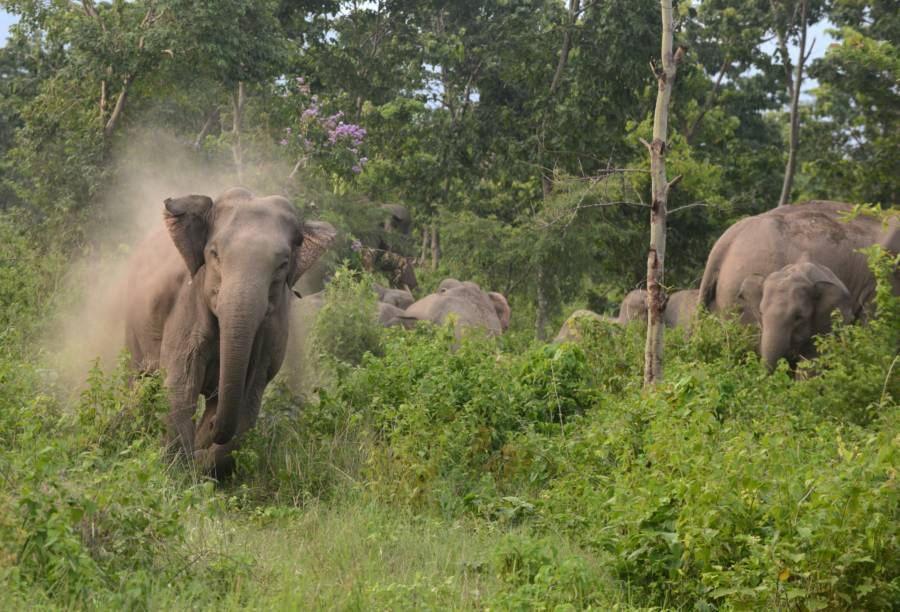 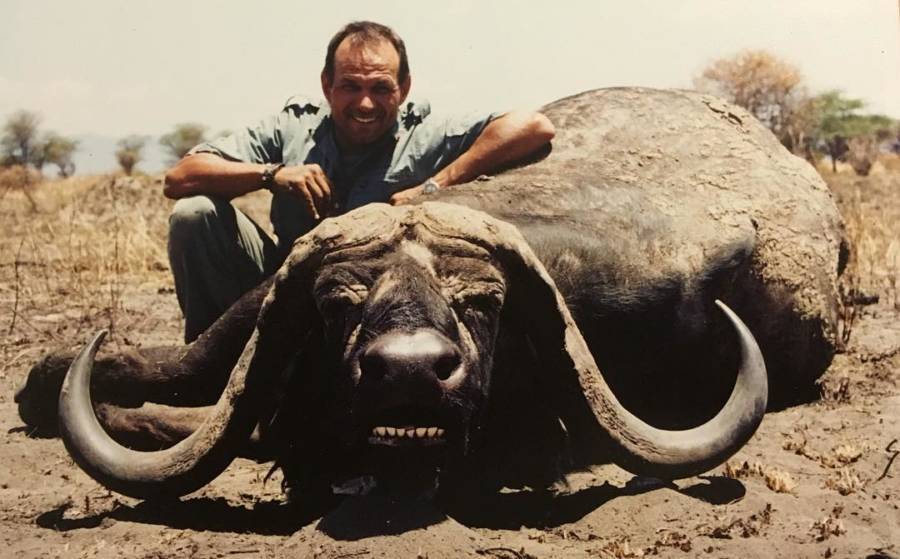 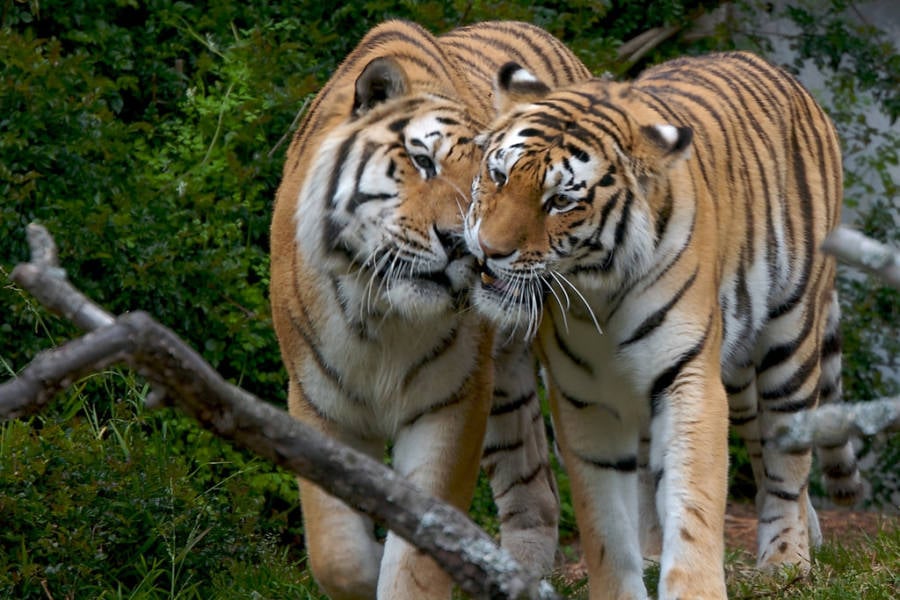 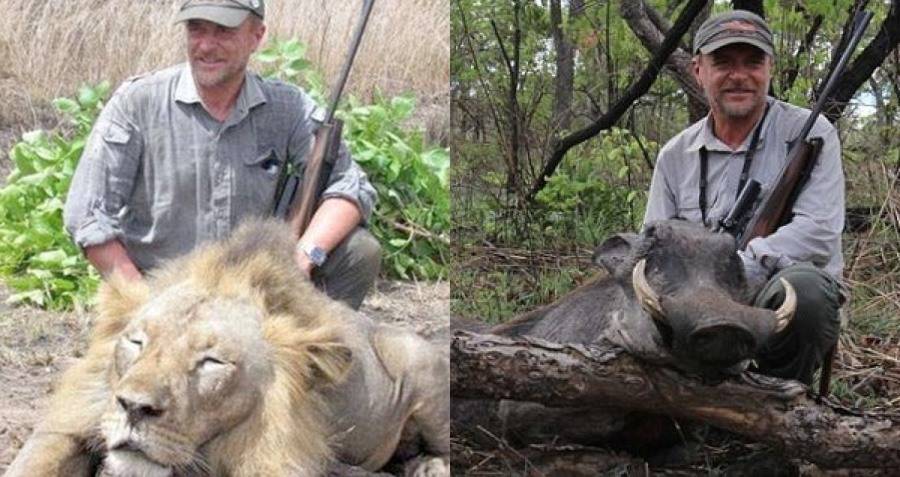 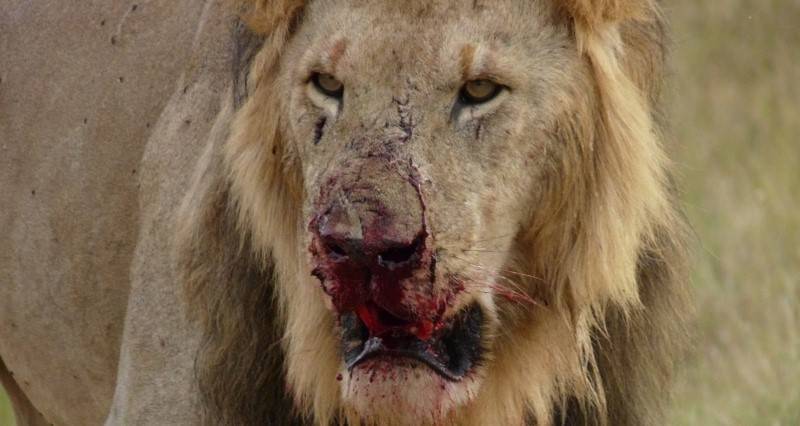 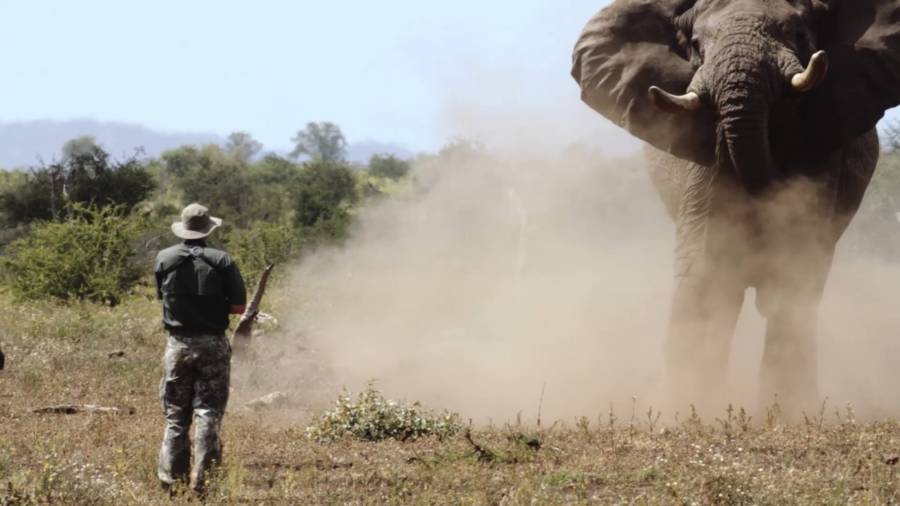 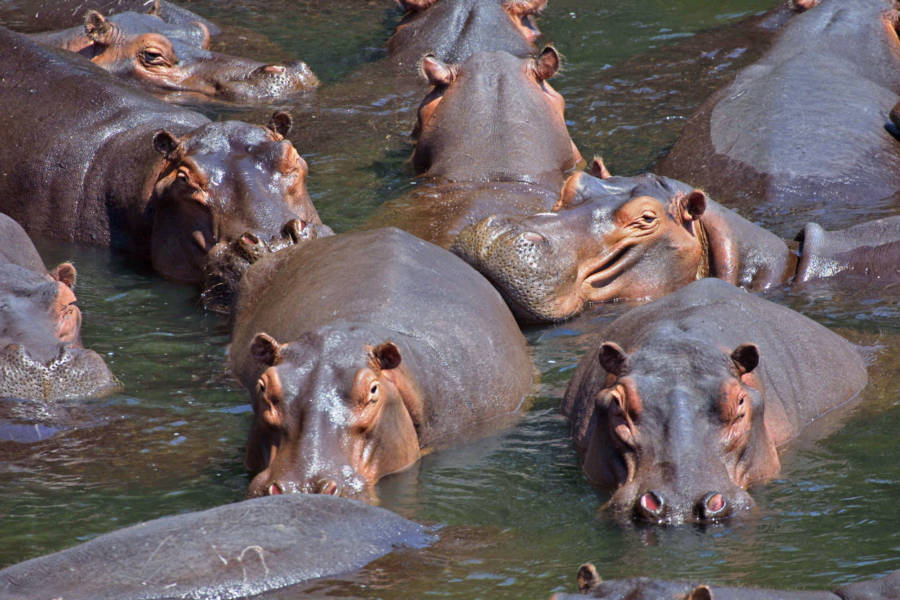 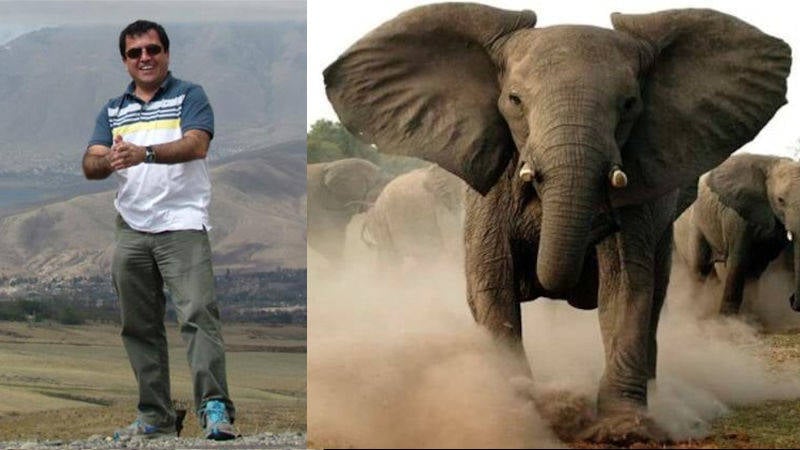 1 of 15
In 2017, the remains of long-time crocodile poacher Scott Van Zyl were found inside a Nile crocodile. At the time of his death, Van Zyl and his team were on a crocodile hunt in Zimbabwe. The Daily Mail
2 of 15
In 1997, tiger poacher Vladimir Markov shot and wounded a Siberian tiger, stealing part of its kill. Later that night, the tiger stalked him to his cabin and tore him apart. Wikimedia Commons
3 of 15
Theunis Botha, a big game hunter, was killed in Zimbabwe in 2017 when an elephant crushed him to death. As his team was charged by a herd of elephants, his hunting mate attempted to shoot one down. When the elephant fell, it fell on Botha, killing him. Newshub
4 of 15
A man, believed to be a poacher, was mauled to death by the pride of lions he was hunting in Kruger National Park in South Africa in 2018. The animals ate his body after killing him. Only his head was left behind.Tambako the Jaguar/Flickr
5 of 15
Patrol authorities at Zimbabwe's Hwange National Park exercised a controversial shoot-to-kill policy against four elephant poachers in 2017, when they were caught in the act. Bhejane Trust
6 of 15
The "shoot-on-sight" policy at India's Kaziranga national park saw more poachers killed by guards than rhinos killed by poachers in 2015. Park rangers shot more than 20 poachers that year. STRDEL/AFP/Getty Images
7 of 15
A herd of wild elephants trampled a suspected poacher to death and seriously injured another in a south Indian forest in 2017. DIPTENDU DUTTA/AFP/Getty Images
8 of 15
In May, 2018, longtime South African hunter Claude Kleynhans was loading a freshly-killed buffalo carcass onto his vehicle when another buffalo surprised him with a deadly charge and gored his femoral artery, killing him almost instantly. Claude Kleynhans/Instagram
9 of 15
A poacher named Thamby saw his friend devoured alive by a tiger in Kerala, India. Just a few days before the two had killed its mate. Thamby is convinced that the tiger that killed his friend was getting revenge. Chadh/Flickr
10 of 15
Italian veterinarian and hunter Luciano Ponzetto, famous for posting photos of himself posing with recent kills, slipped on ice and fell 100 feet to his death while on a hunt in 2016.Luciano Ponzetto/Instagram
11 of 15
In July of 2018, a pride of lions came to the defense of a group of rhinos on a reserve in South Africa. Along with the few remains of the poachers, rhino hunting equipment was found. Youtube
12 of 15
Poacher Solomon Manjoro was trampled to death in 2013, when the elephant he was shooting continued to run at him. Despite being shot, the elephant survived. The same could not be said for the poacher.Ivan Carter/YouTube
13 of 15
In 2010, poachers setting up traps in Kruger National Park were chased off by a band of hippos. One of the fleeing poachers ran right into a pride of lions. By morning, all that was left of him was his skull and a few torn pieces of clothes.Wikimedia Commons
14 of 15
Argentine hunter Jose Monzalvez was trampled and killed in 2017 near Kalkfeld, Namibia, by an elephant he was preparing to shoot. ABC News
15 of 15 15 Times Animals Got Their Revenge On Poachers
View Gallery

After centuries of poachers breaking into their protected wildlife areas, cutting off rhino horns or elephant tusks, and leaving their bodies rotting in the sun, the animals are fighting back.

Poaching has horrific consequences on the long-term survival of wild animals, and in some cases has contributed to the dwindling of endangered species. Elephant populations are decreasing, as the illegal ivory trade continues against weak law enforcement.

Big game reserves and park rangers have made attempts to stop poaching and trophy hunting. Game reserves have cracked down on poaching, forcing hunters to enter parks illegally or under cover of darkness in order to hunt. Rangers have put forth "shoot-on-sight" policies, allowing rangers to shoot those they suspect of poaching within park borders. Even zoos have heightened their security after desperate poachers began to break and kill the captive animals.

But it's not just humans who have taken a stand to these poachers. According to some experts, the animals might be joining the fight too.

Animal psychologist Gay Bradshaw believes that poachers do more than just kill. They traumatize animals. The threat of human beings invading their homes, whether it is to cut off and sell parts of their bodies or to set up cities on their territory, leaves the animals desperate. Survival becomes a violent struggle, and the animals start to lash out.

Bradshaw, who specializes in elephants, says that elephant attacks have dramatically risen over the last few decades. In just four years in the Indian state of Jharkhand alone, 300 people were killed in elephant attacks. Bradshaw says:

"The relationship between elephants and people has dramatically changed. What we are seeing today is extraordinary. Where for centuries humans and elephants lived in relatively peaceful coexistence, there is now hostility and violence."

But it's not just elephants. More and more, reports of animals fighting back against poachers have been emerging. Packs of lions attacking sleeping hunting camps, rhinos charging unsuspecting hunters, and tigers targeting and hunting human prey out of what can only be considered revenge.

Perhaps the animals have simply been pushed too far. But with every year, more wild animals are taking their welfare into their own hands and striking back at poachers — and it's left, in many cases, a bloody mess.