Staff at the South African reserve found the bloodied head and limbs of poachers who broke in to hunt rhinos. 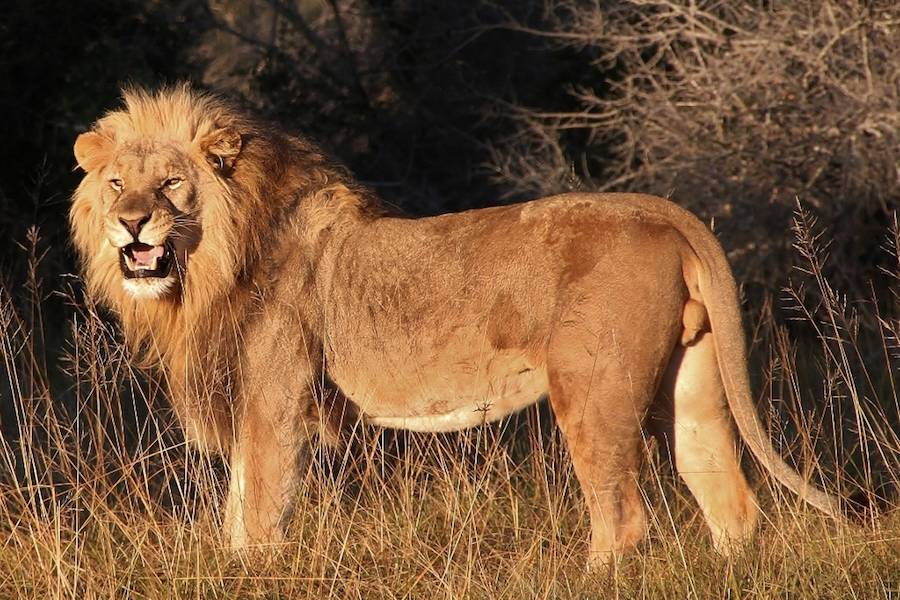 Over the last few years, the Sibuya Game Reserve in South Africa has faced several intrusion by poachers attracted to the reserve’s vast diversity of animals.

Now, in what some are calling an act of nature’s karma, a group of poachers who broke into the reserve to hunt rhinos has been devoured by a pack of hungry lions.

The park’s owner, Nick Fox, believes that the groups of poachers were eaten alive by the pride of lions sometime between the evening of July 1 and the early morning of July 2.

And so little of their remains were left, investigators weren’t even sure how many people were killed.

“The only body part we found was one skull and one bit of pelvis, everything else was completely gone,” said Fox.

However, they suspect that it was three men because they found three sets of shoes and gloves. Additionally, typical rhino poaching groups are usually made up of three people. 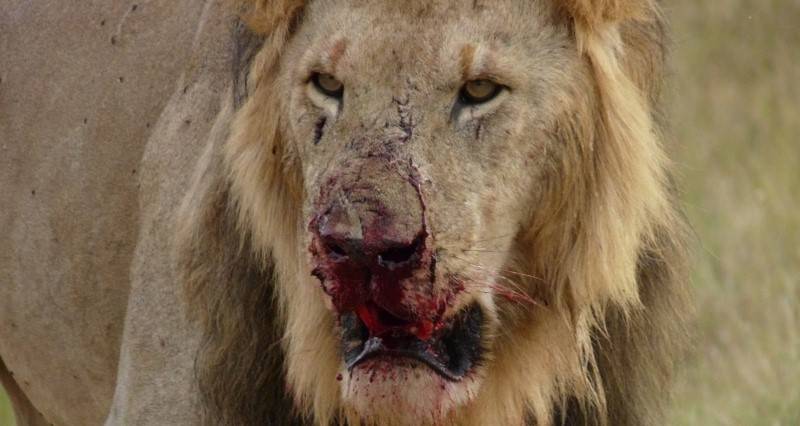 Sibuya is located in the South African province of Eastern Cape. Within its 30 square miles live the five biggest game animals in Africa: lions, rhinos, elephants, buffalos, and leopards.

Fox reported that one of the reserve’s anti-poaching dogs gave a warning that something was wrong at around 4:30 a.m. on July 2. The dog’s handler then heard a commotion from the lions but didn’t investigate further since it was typical behavior for that time of the morning.

Later on, one of the reserve’s rangers stumbled upon the bloodied remains. The police were notified and together with Sibuya employees, found gear scattered throughout the bushes. This included a high-powered rifle with a silencer, an ax, and wire cutters “which is a surefire sign of rhino poachers,” Fox said.

There are about 29,000 rhinos in the world and South Africa is home to around 80 percent of them. According to the South African Department of Environmental Affairs, 1,028 rhino were poached across South Africa in 2017.

Rhino horns are appealing to poachers for several reasons. In Southeast Asia, particularly Vietnam, rhino horns are in high demand because they are believed to contain strong medicinal properties, where they can go for as much as $100,000 per kilogram (a little over two pounds). And with horns averaging around two to seven pounds each, a poacher could potentially make up to $300,000 off a single rhino horn.

On the South African black market, the horn of a white rhino reportedly sells for up to $3,000 a pound. And in other areas like China, the demand for rhino horns (which are made of keratin) and ivory from elephants comes from their increased use in carvings for artwork.

A search party enlisted the help of a helicopter to scout for any survivors, though they haven’t found any thus far. Detectives are also investigating to determine the exact number of people eaten. 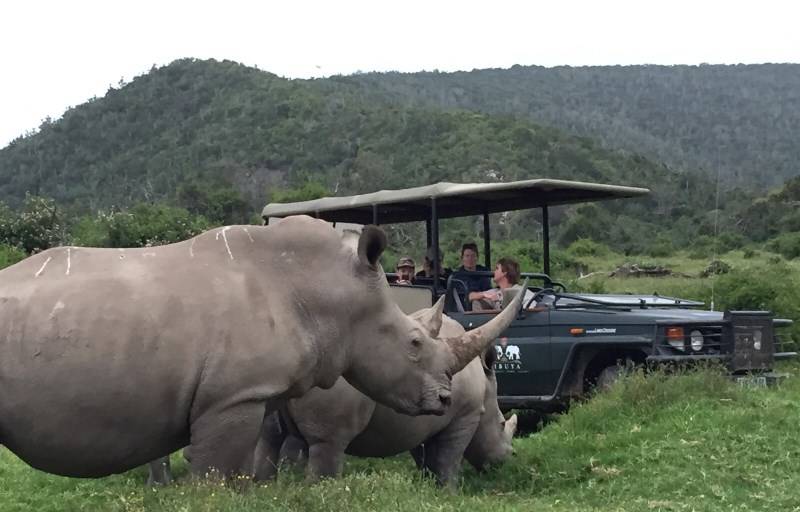 “We found enough body parts and three pairs of empty shoes which suggest to us that the lions ate at least three of them but it is thick bush and there could be more,” Fox said.

Fox said that though the incident was sad, it also should send a message to other poachers who risk their lives by illegally hunting game in his reserve. “The lions are our watchers and guardians and they picked the wrong pride and became a meal,” he said of the poachers.

Next read about the lions that ate a suspected poacher,leaving only his head. Then read about the poachers who broke into a Paris zoo to kill a rhino and take its horn.