The poachers shot Vince the rhinoceros before removing his horn with a chainsaw. 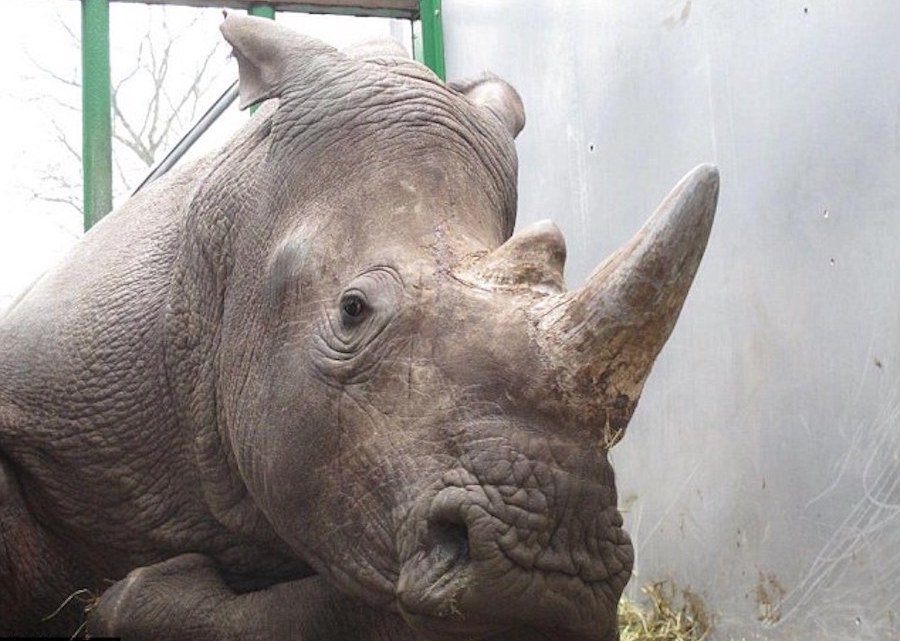 Poachers broke into a Paris-area zoo and shot a white rhinoceros three times in the head this past Monday night, before chopping off its main horn with a chainsaw.

The zookeepers believe one or more poachers broke into the rhinoceros enclosure at Thoiry Zoo in the early morning, according to The Independent. They then targeted Vince, a four-year-old rhinoceros.

Zookeepers found Vince dead the next morning and missing his large horn. His second horn was partially torn off as well, meaning the poachers attempted to take the horn but either ran out of time or broke their chainsaw.

Vince’s horn can sell on the black market for as much as $37,000 thanks to demand for rhino horns in China, where many believe that the horns have aphrodisiac qualities.

Given that kind of financial reward, poaching has long been a serious problem. Typically, however, poachers target rhinos who live in the wild or protected zones in Africa. Vince’s death marks the first time that poachers have murdered an animal residing in a European zoo, although ivory heists have previously occurred at auction houses, according to The Independent.

Nevertheless, while global poaching once pushed white rhinos like Vince to the point of extinction, the species’ population levels have recently climbed back up thanks to worldwide anti-poaching efforts.

And in this case, although Vince could not be saved, the two other rhinos that lived in the enclosure with him — 37-year-old Gracie and five-year-old Bruno — are both said to be safe.

Next, find out how Indian park rangers have reduced rhino poaching to almost zero by shooting poachers on sight, before checking out why poaching is causing African elephants to become tuskless.