“All members of the animal kingdom including birds and aquatic life have similar rights as humans." 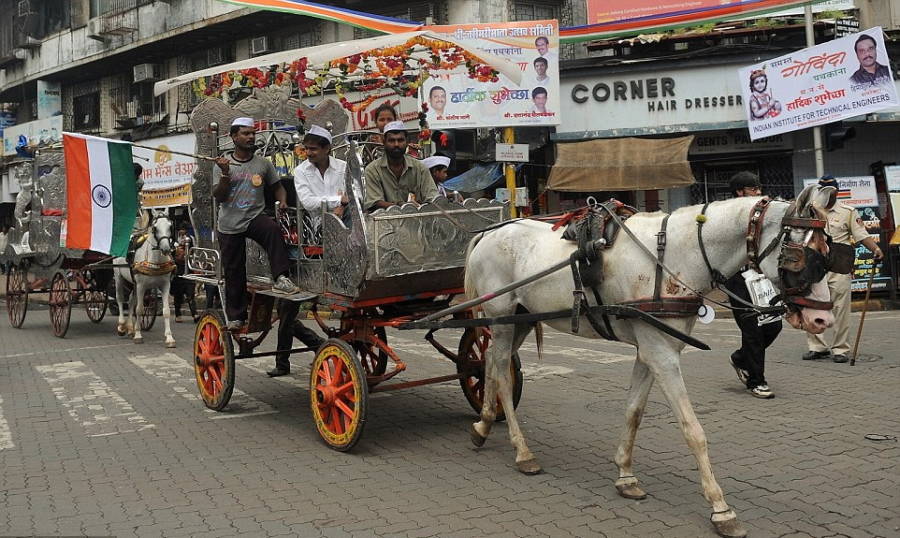 The high court in the northern Indian state of Uttarakhand has ruled that all animals have the same “rights, duties and liabilities of a living person” in a landmark decision designed to protect and promote their welfare.

According to The Times of India, the court’s July 4 decision stated that each animal has a “distinct persona” and that they are “legal entities” who can’t merely be treated as property.

In practice, this won’t mean that animals will have all of the same rights as humans, but the ruling has essentially made all Uttarakhand residents the legal guardians of animals, holding them responsible to ensure the welfare and protection of animals in much the same way that they are legally responsible to act as parental figures when it comes to the welfare of children.

“All the citizens throughout the state are hereby declared persons in loco parentis as the human face for the welfare/protection of animals,” the ruling stated (in loco parentis is the Latin phrase for “in the place of a parent”).

There are two types of persons under Indian law. The first is sentient human beings. The second is “juristic persons,” which includes minors, wards of court, trusts, or people with mental incapacities. The ruling places animals within the latter grouping.

The new set of guidelines is aimed at protecting wildlife by acting as a deterrent to poachers and companies that pollute natural habitats. However, it includes the rights of animals in agriculture as well, banning the use of spikes and other sharp implements on farm animals and calling for high-visibility markings on animal-drawn vehicles on public roads.

With this newly appointed status, animals have finally been granted legal protection that ensures that they’ll live well-nourished and safe lives without pain, fear, and distress.

This momentous ruling initially sprang from the case of Narayan Dutt Bhatt, a man from northern India who petitioned the courts in 2014 to restrict horse carts traveling between Nepal and India because of the cruelty inflicted upon the horses during the travel (including the use of sharp objects upon them and loading them up with too much weight).

The court soon expanded Bhatt’s public interest litigation to encompass the protection of all animals. In the words of Indian animal law expert Raj Panjwani, this “is a good evolution of law as it enhances duties of humans towards rights of animals.”

Next, read up on the Champawat Tiger that once devoured hundreds of humans across northern India. Then, discover the most interesting facts about elephants.