James Fitzgerald: The Man Who Brought The Unabomber’s 18-Year Reign Of Terror Streak To An End

Ted Kaczynski, a.k.a the Unabomber, seemed to be an unstoppable force of terror — until James Fitzgerald joined the investigation.

By the time James Fitzgerald joined the task force in charge of capturing the infamous Unabomber, the case had already been active for 17 years. Since 1978, there had been 16 bombings by mail, the narrow rescue of a plane crash, and the loss of three lives all due to the explosive devices of Ted Kaczynski — the Unabomber. 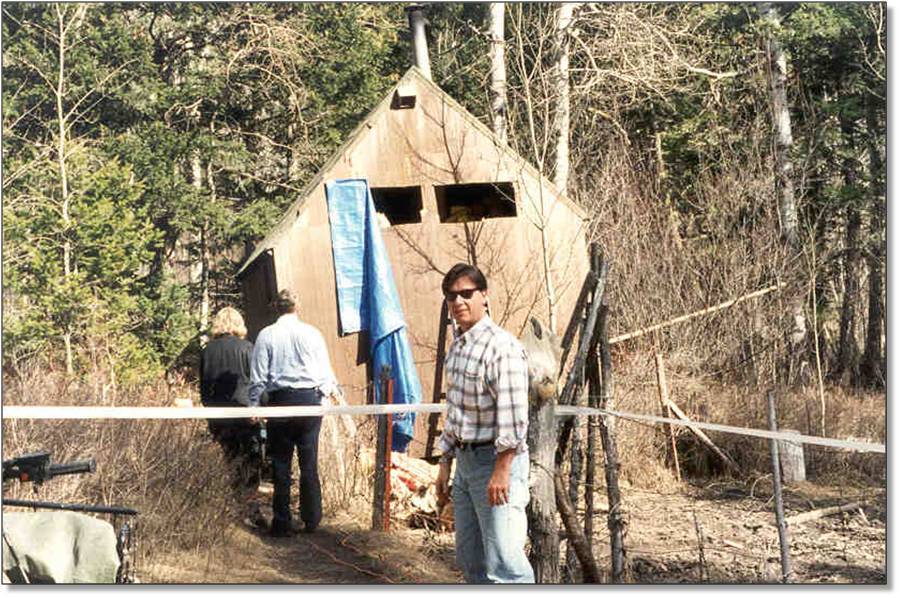 James Fitzgerald had less than a decade of criminal profiling under his belt when he was assigned to the Unabomber. But novice agent Fitzgerald, with help from the bomber’s own brother, would be the mastermind to finally take him down.

The Story Of James Fitzgerald And The Unabomber 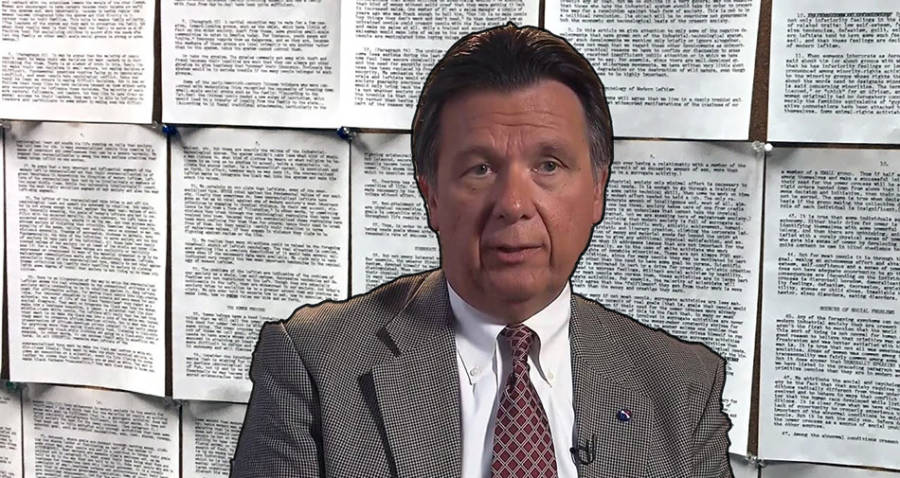 YouTube/Discovery, YouTube/ENewsFitzgerald was hailed for his work on the Unabomber and went on to assist in the JonBenét Ramsey case.

Fitzgerald started his career in law enforcement as a police officer in Bensalem Township, Pennsylvania. A Philadelphia native, Fitzgerald eventually worked his way up to the rank of Seargent. He would eventually apply for and be admitted to the rigorous FBI training program that would later land him the position of Criminal Profiler within the bureau.

There, Fitzgerald worked on cases ranging from homicide to serial rape, and kidnapping. He learned what makes criminals tick and sharpened his skills in text analysis — which would be his key to stopping the Unabomber.

Meanwhile, Ted Kaczynski, who was a highly educated man, was becoming disillusioned with his world. He decided to move to Montana in the early 1970s. The little money that he relied upon, he obtained from doing odd jobs for locals. Nevermind that he had once studied at Harvard University before going on to become an assistant professor of mathematics at the University of California, Berkeley. 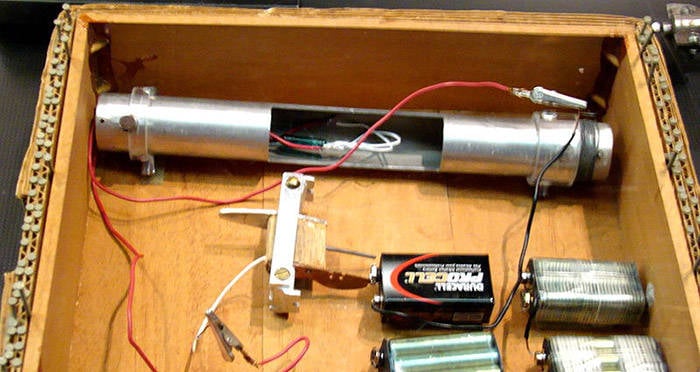 Wikimedia CommonsOne of the Unabomber’s bombs.

When he was finally apprehended on April 3, 1996, he was living as a hermit, almost completely cut off from society outside Lincoln, Mont. He had rejected a normal lifestyle and preferred to rely on the land for his survival. When he did need to get to town he would ride his bicycle.

The boundaries of society didn’t simply become unappealing to Kaczynski, however, but they became a point of rage. After learning of a real estate development near his cabin, Kaczynski recounted in an interview from his Colorado prison:

“It was from that point on I decided that, rather than trying to acquire further wilderness skills, I would work on getting back at the system. Revenge.”

Soon after Kaczynski’s break with society, he began his sadistic bombings. His first victim of one of his homemade bombs was a professor at Northwestern University. He then targeted an American Airlines Flight 444 in 1979 as well as the President of United Airlines, Percy Wood the following year.

While he injured 23 and terrorized many more, he killed only three. Only two bombs were found and diffused before detonation.

The FBI, clearly, had found little progress in preventing these 17-years of attacks. That is until criminal profiler Fitzgerald entered the scene.

Fitzgerald noted that the lack of success in the case over the decade and a half wasn’t because of bad police work, but the brainpower of the criminal mastermind they were chasing.

“We knew he was smarter than most other criminals we were going up against,” Fitzgerald reported. “And the one reason was because there was absolutely no evidence on the explosive devices themselves.” 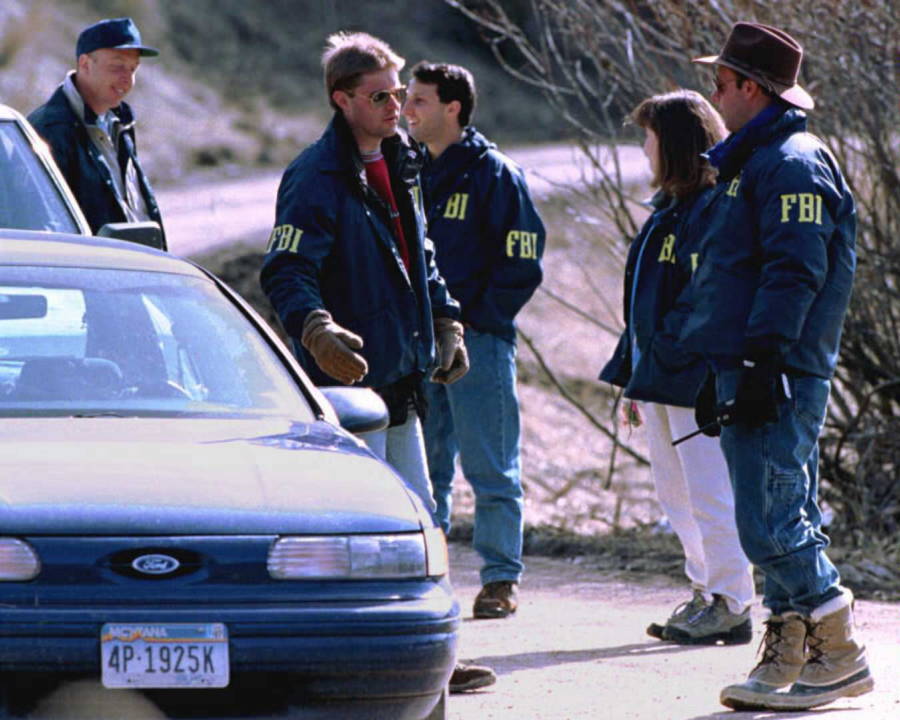 JOHN RUTHROFF/AFP/Getty FBI agents guard the entrance to the property of the Unabomber.

Kaczynski’s bomb-making process was carried out with the utmost precision and thought. He would rip the skins off the batteries he used to rule out any possibility of tracking serial numbers and made his own glue using melted down deer hooves. “This is how hard he was working to make sure no evidence at all existed,” said Fitzgerald. “And, of course, no fingerprints, no DNA, nothing like that.”

It wasn’t until 1987 when a witness looked out a storefront window and saw Kaczynski unloading a package that detectives even had a physical description of who they might be after.

The Unabomber would remain dormant for six years, however, until eventually sending a 35,000-word manifesto to The New York Times. This would be the key to Fitzgerald unlocking the mystery behind the bombings. Working with Roger Shuy, a linguist from Georgetown University, Fitzgerald was able to better understand the person behind the Unabomber’s words.

James Fitzgerald noticed that women were often referred to as “chicks” or “broads” and African-Americans were referred to as “Negroes.” The words sounded dated and signaled to Fitzgerald that the author likely wasn’t a young person. There were also clues that revealed a strong dislike of technology. The placement of punctuation throughout the piece signaled that it was written on a typewriter rather than a computer. Then, there were the clues in the language that pointed to terminology typically spoken by people in the Chicago area — Kaczynski’s hometown. 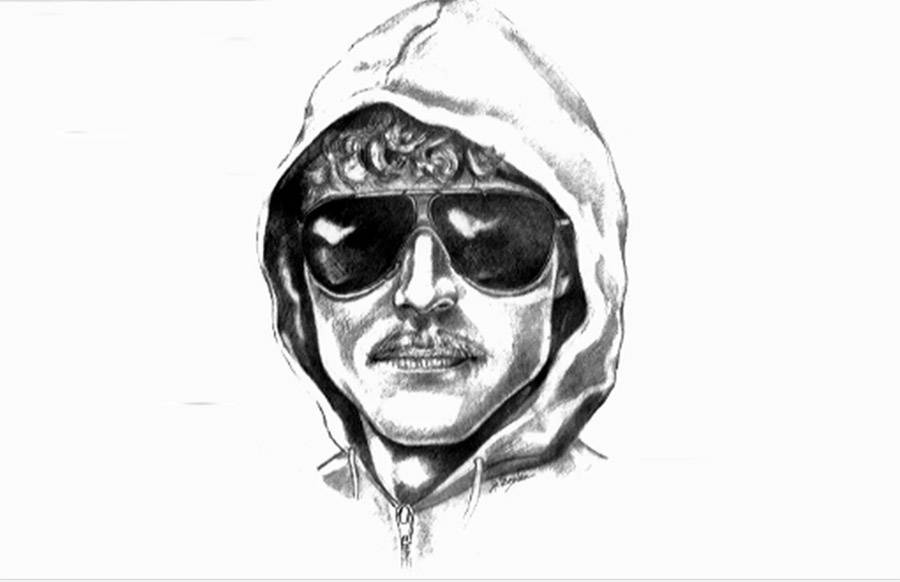 Wikimedia CommonsA sketch of the Unabomber after somebody noticed him unloading a package in 1987.

The manifesto was eventually published in The Washington Post and people began to flood the tip line with potential leads.

One of those people was Ted Kaczynski’s sister-in-law who had never met her estranged family member but recognized the ideas and his writing from letters he had sent his brother, David. David Kaczynski initially didn’t suspect his brother, but was bothered by one piece of wording, in particular, recalled Fitzgerald.

“The term that convinced David was, quote, ‘cool-headed logician,’ end quote,” said Fitzgerald. “Ted was referring to somebody in the past as a cool-headed logician. And there that word is in the manifesto. That’s when David realized.”

The writing style in the manifesto was eerily similar to the wording Ted Kaczynski had used in writings decades earlier. It was just what investigators were looking for. 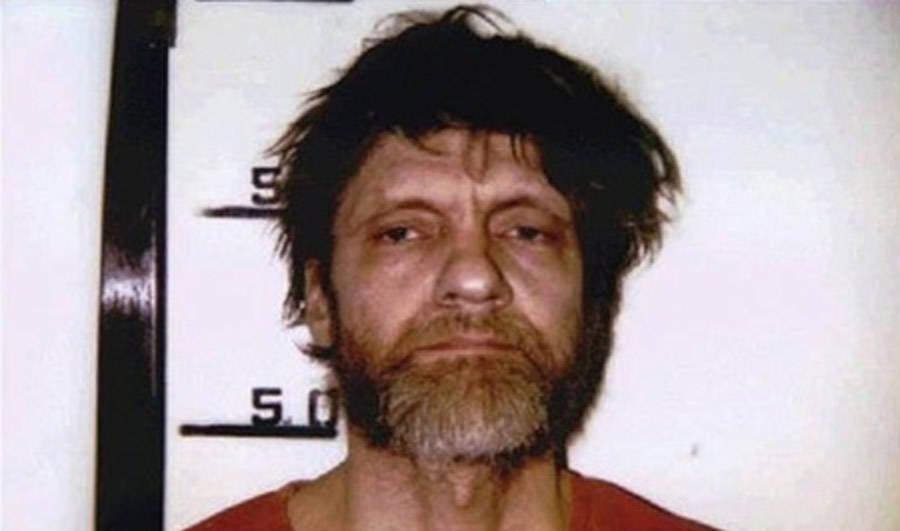 Public DomainThe mugshot of Ted Kaczynski, Unabomber, after his arrest.

Within days, Ted Kaczynski was in police custody and James Fitzgerald was widely hailed as the key man in getting him there — while David’s role was certainly essential as well.

This was a magnificent preface to the remainder of Fitzgerald’s career. He went on to become a pivotal part of the investigation into the JonBenét Ramsey Case, the DC Sniper case, the Anthrax investigation and became an expert in forensic linguistics.

James Fitzgerald has also worked as a consultant on such television shows as Criminal Minds, Sleepy Hollow, and most notably, his own story in last year’s miniseries, Manhunt: Unabomber.

While Fitzgerald is overall happy with actor Sam Worthington’s portrayal of him (it is Hollywood after all) he does feel that the show took some fictional liberties. The retired FBI agent said that he never had a one-on-one interview with Kaczynski in prison, but that walking through his cabin told him all he needed to know.

“This 10 foot by 12-foot cabin was everything. This was his self-imposed cell before he was sentenced to a real cell at the Supermax in Florence, Colo. So it told us everything about this guy.”

After this look at James Fitzgerald, the FBI agent who tracked down the Unabomber, check out the chilling tale of the murder ofJames Bulger. After that, investigate Robert Hansen, the serial killer who hunted other killers.