The Unabomber's reign of terror lasted for 17 years and sparked the biggest manhunt in FBI history. But what drove math prodigy Ted Kaczynski to murder? 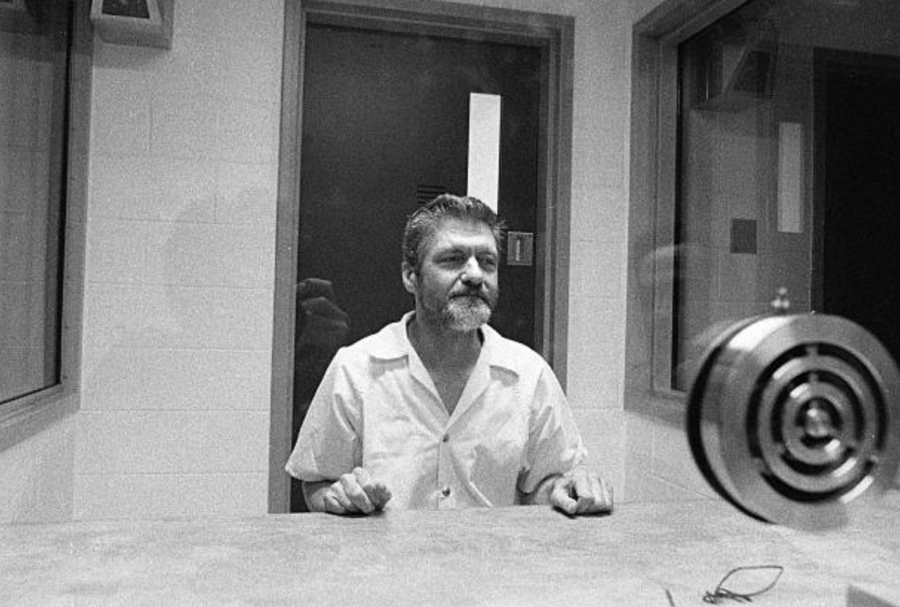 Internet ArchiveThe Unabomber, Ted Kaczynski, in a supermax prison after a 17-year reign of terror. 1999.

On April 24, 1995, Gilbert Murray, executive director of the California Forestry Association, received a package. It was about the size and shape of a shoebox and wrapped in brown paper. It was oddly heavy. Stranger still, it was addressed to his predecessor.

The previous executive, William Dennison, had been a vocal lobbyist for the logging industry for a decade and led the charge against environmental groups in what had been called the “Timber Wars.” Whereas Dennison was “contentious,” the 47-year-old Murray was by all accounts mild-mannered and well-liked.

A little after 2 p.m., Murray opened the box. A massive explosion ripped through the one-story brick office building, shattering windows and blowing doors off their hinges. Murray was killed instantly, the third fatal victim of the Unabomber, the most wanted individual in the United States. Whoever they were. 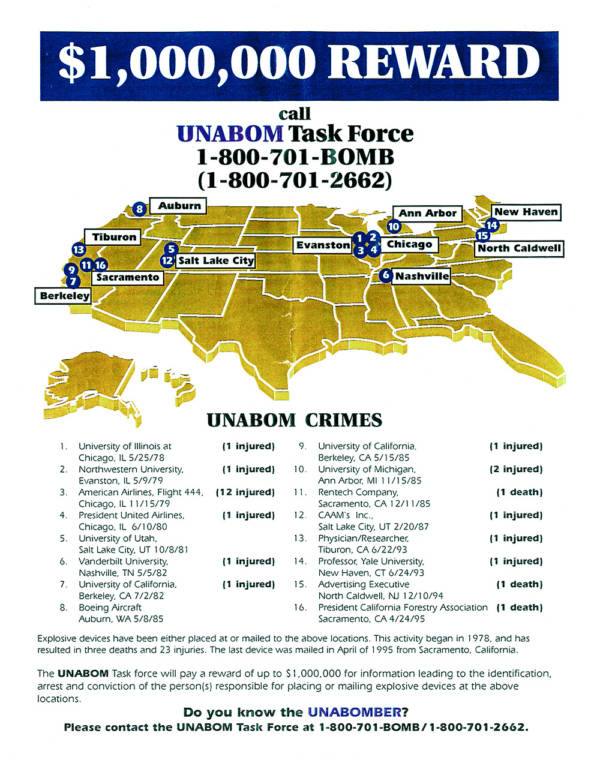 For 17 years, someone had been leaving and sending bombs around the country. No one was sure of who they were, their age, where they lived, or even their gender. In all, 24 bombs were sent — some of them fatal.

Ted Kaczynski’s Destruction As The Unabomber

Between 1978 and 1995, the Unabomber terrorized the mail with homemade bombs that killed three people and injured 23 more.

Each device the Unabomber sent out was uniquely constructed. Many of the devices were made of, or with, wood. In most cases, the explosives were made from gun powder, match heads, and other readily available items. One resembled a cigar box and was left in a Northwestern University common area. Another, disguised as a wooden board with protruding nails, appeared in front of a computer store.

Among the earliest and most complicated devices was a package fitted with a barometer for a trigger that would blow up an airplane once it hit cruising altitude. That one didn’t kill anyone, but as the years went by the bomber learned. Each device became more powerful, more concealable, and more deadly than the last.

Because the terrorist sent bombs to universities and an airline, the FBI referred to the case as UNABOM, an acronym for University and Airline Bomber. The news media dubbed them the “Unabomber.” 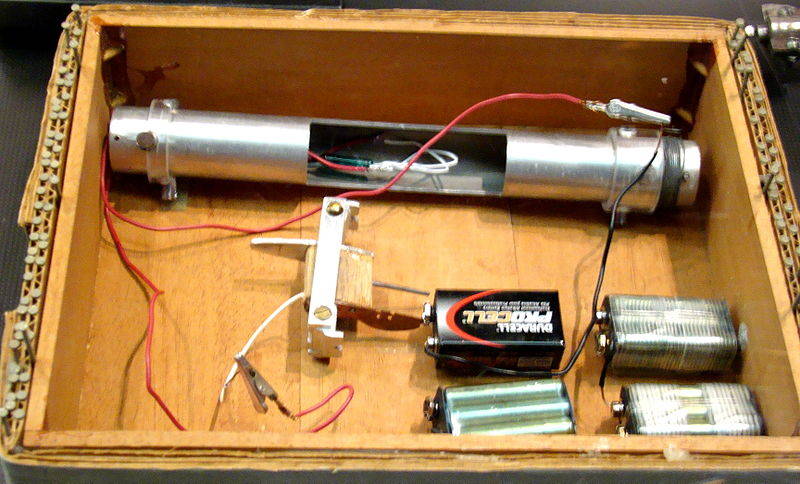 Wikimedia CommonsReproduction of one of Ted Kaczynski, a.k.a. the Unabomber’s, bombs from an exhibit at the Newseum.

The Unabomber meticulously filed away all fingerprints from the bomb parts. Other times, he apparently treated pieces with acid. Any commercial wires used were opened first to modify them by removing strands which rendered them untraceable. Sometimes when sending the bombs, the Unabomber would go so far as to send packages with insufficient postage so that they would be returned to the “sender” written on the box, who was his actual target.

The victims were seemingly random, with attacks in Chicago, California, and New Jersey. They were academics, lobbyists, airline executives, and computer store owners. Many were maimed and lost fingers, limbs, and eyes. Fortunately, apart from Murray, only two others were killed. The only commonalities between the targets seemed to be a tenuous connection to technology or the destruction of the environment.

In all, investigators had few leads. When one early bomb failed to completely explode, they had found some twigs and leaves inside the device. In almost every device, the letters “FC” were welded or carved into one of its surfaces.

The FBI believed they were looking for a blue-collar mechanic or someone good with their hands. A popular theory was that they were a disgruntled former airline employee looking to get back at the big shots. But what investigators would not realize until much later was how close their first discarded guess had come to the truth.

In his initial report from the FBI’s Behavioral Sciences Unit, profiler John Douglas suggested that the terrorist was a white male in his late 20s or early 30s and an “asocial obsessive-compulsive loner of above-average intelligence.” He posited that — since the earliest bombings were at Northwestern University — he was probably from Chicago and had connections to academia.

The Man Behind The Bombs 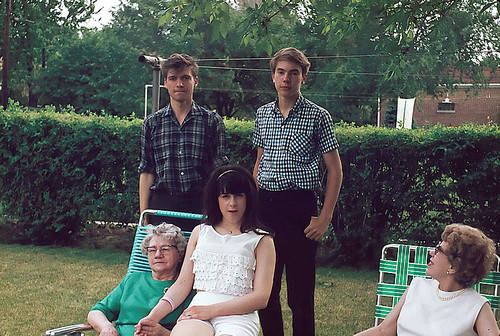 Born in Chicago in 1942, Ted Kaczynski had, for the most part, a fairly normal middle-class suburban childhood. He had two loving parents and a younger brother, David, who idolized him. He played the trombone and collected coins. He was quiet, sensitive, and shy with others, but he loved animals and being outdoors. He also had an IQ of 167, placing him just above Stephen Hawking and Albert Einstein.

Kaczynski’s mother, Wanda, had grown up in a poor immigrant family in Southern Ohio. For her, education had been a gateway to a better life and she believed the same would hold true for both her sons. When Kaczynski was 15, he graduated early from high school and with his parents’ encouragement applied to and was accepted at Harvard. He started his freshman year at age 16.

But this opportunity would turn out to be a terrible mistake.

During his first year, Ted Kaczynski was quarantined in special housing set aside for the youngest and least mature freshmen. Although the gesture was intended to be a nurturing one, in practice it only encouraged Kaczynski’s introverted nature. He made few, if any, friends and spent most of his time in his room or the library when not in class. Sophomore year was worse. 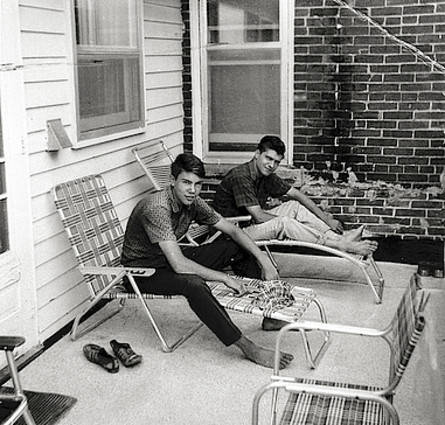 That fall, Wanda Kaczynski received a permission slip in the mail. Kaczynski had been accepted into a psychological study for gifted young men, overseen by his professor Dr. Henry Murray. As a minor, however, he could not consent to his own participation. Wanda was enthusiastic. She’d long worried about her son’s mental health and once considered testing him for autism.

At nine months old, “Teddy” had a severe allergic reaction and was stuck in the hospital for a week, poked and prodded away from his parents, and she’d always felt it had affected his relationships with other people. Seven-year-old Kaczynski cried when his brother David was born. He had no friends outside his family and seemed far more comfortable playing with kids his junior than those his own age.

In Kaczynski’s second year at Harvard, his emotional problems got even worse.

A former army intelligence officer during World War II, Harvard Psychology Professor Henry Murray completed a psychological profile of Adolph Hitler. In 1947, he returned to Harvard as a chief researcher.

At the time, one of the CIA’s biggest projects — apart from undermining Communist regimes around the world — was an internal one: MKUltra, a study of mind control. Some have alleged that Murray’s Harvard research was part of MKUltra.

As part of this program, Murray and other CIA-funded scientists were — allegedly — tasked with exploring the means of making and breaking an individual’s personality, and developing techniques for brainwashing and mind control including torture, sleep deprivation, and psychedelic drugs, all of which were often used on unsuspecting victims. 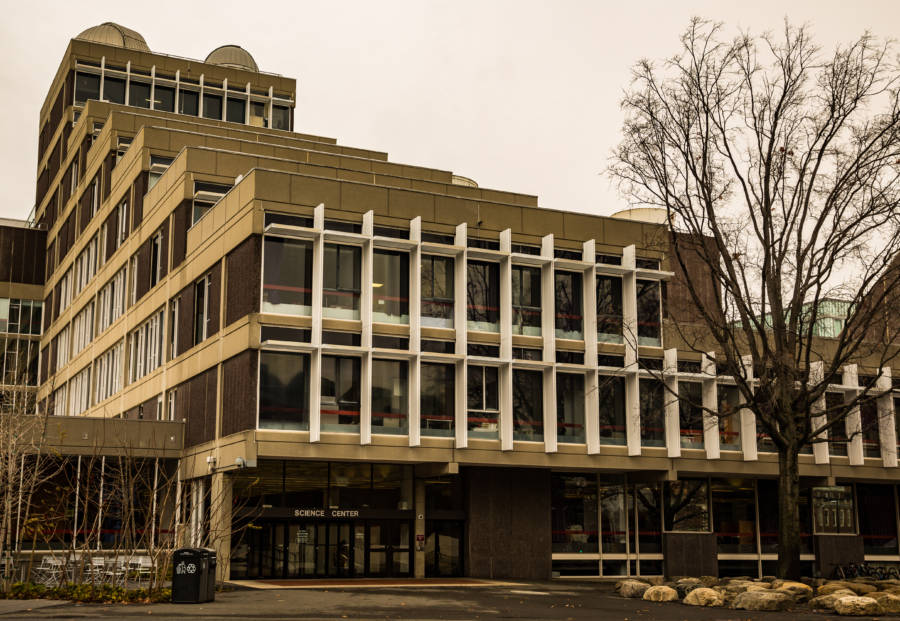 At age 17, Ted Kaczynski signed up to be a test subject in one of Murray’s studies on the effects of stress on the human psyche.

Kaczynski would go to Murray’s lab and after writing essays about his deepest beliefs, values, and ideals, and would debate another student while his vital signs were monitored. Hooked up to electrodes and facing a one-way mirror with bright lights pointed at his face, Kaczynski would debate a law student who was instructed to berate, mock, and belittle everything he held dear.

Murray would record the data of the subject’s anger and embarrassment and then would take the time to show the subject the video recording of their experience and specifically point out their expressions of impotent rage. Kaczynski described it as “the worst experience of my life,” but he stayed in the study for three years. As he later explained, “I wanted to prove I could take it, that I couldn’t be broken.”

After graduation, Ted Kaczynski attended the University of Michigan to pursue a master’s and then a Ph.D. in mathematics. It was here that he started to come undone. He hated his fellow students and his teachers.

In his bedroom, he thought he could hear his neighbors whispering about him. Once, in a manic fit of sexual frustration, he decided the only way he could touch a woman was to become one. He made an appointment with the campus health center to discuss a possible gender reassignment surgery but in the waiting room, he had a change of heart. 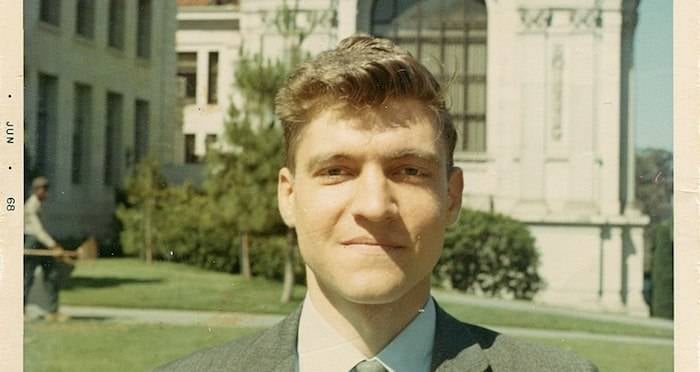 Embarrassed and angry with himself, his rage shifted to the thought of killing the psychiatrist he was waiting to see. This, he found, made him feel better. He later wrote:

Like a Phoenix, I burst from the ashes of my despair to a glorious new hope. I thought I wanted to kill that psychiatrist because the future looked utterly empty to me. I felt I wouldn’t care if I died. And so I said to myself why not really kill the psychiatrist and anyone else whom I hate. What is important is not the words that ran through my mind but the way I felt about them. What was entirely new was the fact that I really felt I could kill someone. My very hopelessness had liberated me because I no longer cared about death. I no longer cared about consequences and I said to myself that I really could break out of my rut in life and do things that were daring, irresponsible or criminal.

Eventually, he decided, “I will kill but I will make at least some effort to avoid detection so that I can kill again.” But he wouldn’t start just yet.

After completing his doctoral studies, 25-year-old Ted Kaczynski became the youngest-ever mathematics professor at the University of California, Berkeley. But the assessments from most of his students were less than stellar. He did not explain things well. He was too impatient with slow learners. At the end of his second year teaching in 1969, he abruptly quit his job.

Andrew Lenoir
Andrew Lenoir is a writer and historical researcher published in Atlas Obscura and Mental Floss, as well as the proprietor of Ellipsis Rare Books.
You might also like
Remove Ads
×
Follow hu On