The Ophiocordyceps fungus creates zombie ants by taking over the insect's brain and controlling its actions.

In case the world of insects didn’t freak you out enough already, have we got news for you.

There exists, in some species of ant, a particular kind of fungus that turns the ants into zombie-like, mind-controlling insect overlords.

The fungus, known as Ophiocordyceps, appears on the ground in spores. When an ant comes across the spores while foraging, they infect the insect and rapidly spread throughout its small body.

Once they reach the brain, the cells release chemicals that take over the ant’s central nervous system, essentially turning it into a remote-controlled ant puppet. The fungus then forces the ant to crawl to a higher location, usually up a stalk of vegetation, and attach itself to a leaf or twig.

Then, as the body is no longer of use to the fungus alive, it kills its unlucky host. 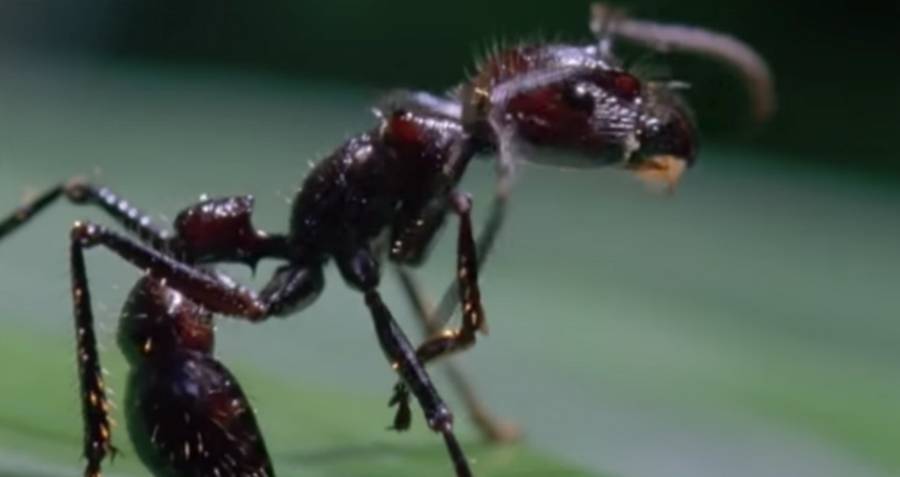 But, Ophiocordyceps is just getting started. After the ant is dead, the fungus grows a spore-releasing stalk out of the back of the ant’s head, which, upon its full height, will release more mind-controlling spores onto the ground, to continue its bizarre circle of life.

Because why have just one zombie ant when you could have thousands?

Scientists first discovered Ophiocordyceps in 2009, by a researcher studying carpenter ants. She realized that though there are multiple ant species, there’s only one Ophiocordyceps, which adapts accordingly to the species it infects. This leads us to what is possibly the most horrifying part of all of this. 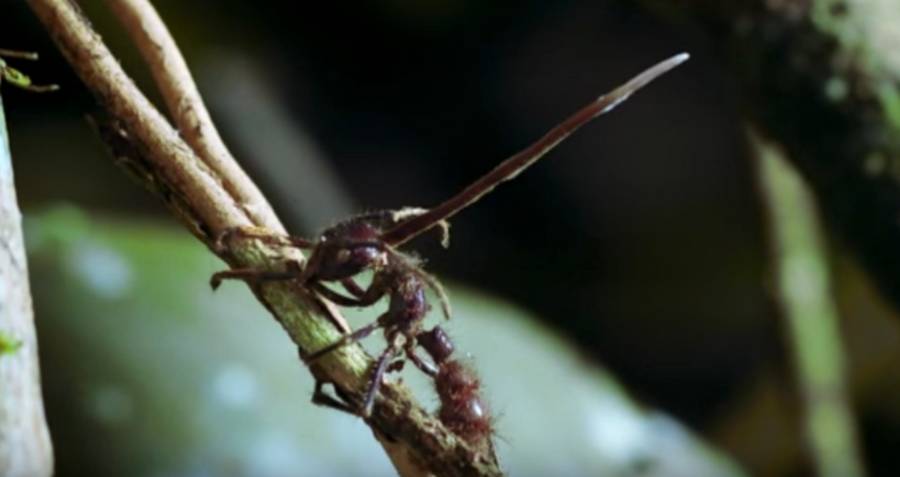 YouTube
A stalk grows from the back of zombie ants.

Scientists noticed, during their research, that the fungus seems to be picky about which ant it infects. If an ant picks up a fungus spore, and the fungus isn’t happy with the host, it will lie dormant in the ant until it can be passed along to a better one.

It also can produce different chemical cocktails, depending on the host’s brain, which suggests it knows where it is, and how to operate. Once it finds one that it likes, Ophiocordyceps will simply produce the ant brain’s particular cocktail of choice and take over its mind.

As if the concept of mind control weren’t terrifying enough.

Enjoy this article on zombie ants? Next, check out photos of other insects infected with zombie fungi. Then, check out these facts about zombies.