Meet Armin Meiwes, The German Cannibal Who Placed An Online Ad To Eat Someone — And Someone Answered

Known as the "Rotenburg Cannibal," Armin Meiwes killed and ate a willing victim named Bernd Brandes in 2001 before storing the leftovers for 20 months in a hidden freezer.

Armin Meiwes spent much of his youth devouring German fairy tales. He was particularly fond of Hansel and Gretel and its evil witch who abducted two children to fatten them up for slaughter. With a lifelong urge to eat somebody himself, Meiwes found a willing participant online who agreed to have his penis cut off and eaten.

The macabre incident in March 2001 left Germany in shock — and Meiwes infamous as the “Rotenburg Cannibal.” Meiwes was a computer repair technician who mowed his neighbor’s lawn, helped friends fix their cars, and hosted charming dinner parties. Abandoned by his father as a boy, however, he became obsessed with serial killers — and desperate to taste human flesh. 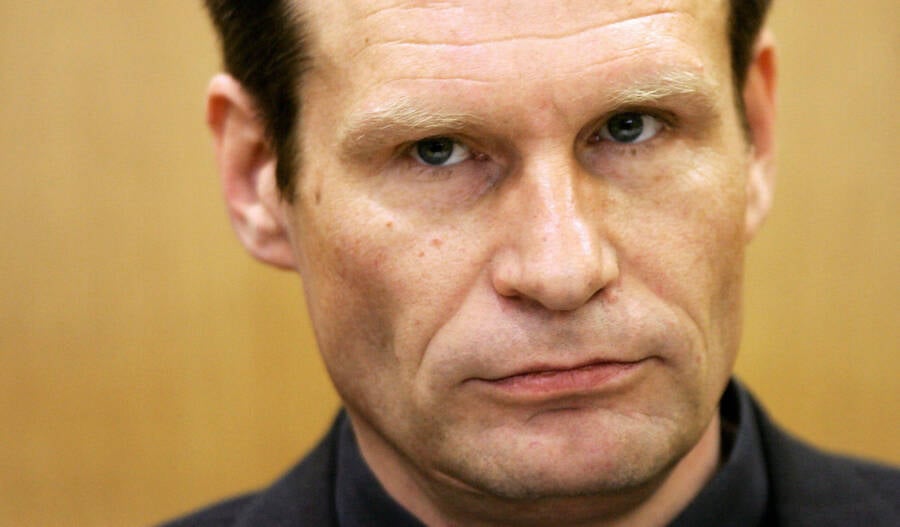 When his mother died, the 39-year-old placed an ad on a now-defunct forum called The Cannibal Cafe for a “young, well-built man who wanted to be eaten.”

And after 43-year-old engineer Bernd Brandes replied with interest, Meiwes agreed. So Brandes left his home in Berlin for Meiwes’ house in Rotenburg and took 20 sleeping pills to dull the pain of the amputation.

“The first bite was, of course, very strange,” Meiwes said in a 2016 interview with The Independent. “It was a feeling I can’t really describe. I’d spent over 40 years longing for it, dreaming about it. And now I was getting the feeling that I was actually achieving this perfect inner connection through his flesh. The flesh tastes like pork but stronger.”

Armin Meiwes was born on December 1, 1961, in Essen, Germany. While he had two half-brothers on his father’s side, the patriarch and his two favorite children abandoned Meiwes when he was five years old. Raised in a 44-room farmhouse by his single mother, Waltraud Meiwes, he became obsessed with true crime and carnal taboos. 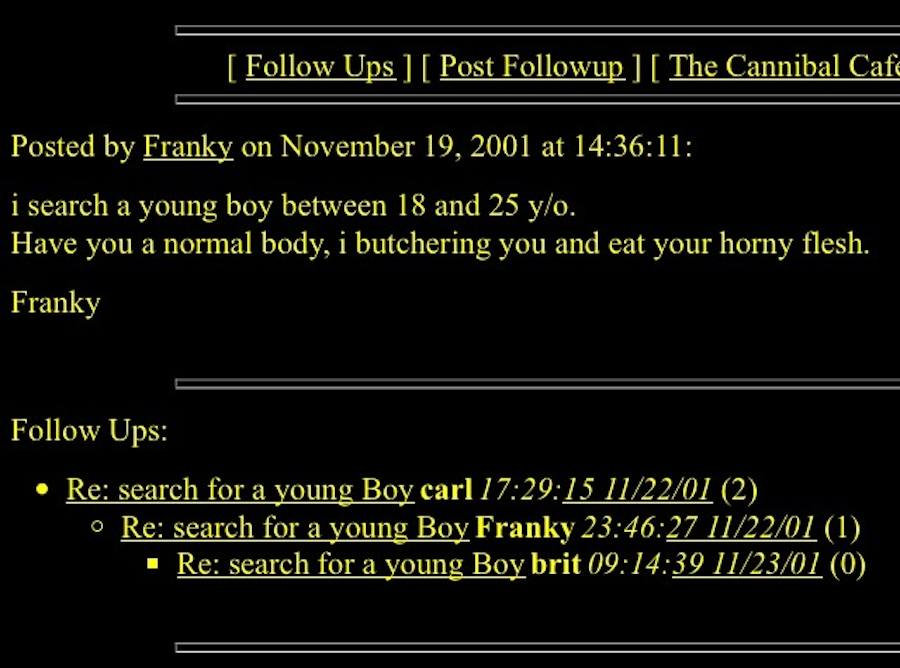 The Cannibal CafeBefore he became the Rotenburg Cannibal, Meiwes posted under various pseudonyms including “Franky” and “Antrophagus.”

He recalled struggling as the newfound “man of the house” and first pondered eating his classmates as a schoolboy. Meiwes invented an imaginary brother named Franky to share his cannibalistic thoughts with somebody. According to The Irish Times, his fascination grew into adulthood but truly came to a head when his mother died in 1999.

Meiwes now had free rein over the expansive property and spent an entire year reading serial killer biographies. His urges only grew after he found a “second life” with like-minded people online.

Armin Meiwes posted on The Cannibal Cafe as “Antrophagus” or “Franky” and succeeded in finding gay men with cannibalistic fetishes. While Meiwes met several men in hotel rooms to role-play the act, none agreed to go through it. And Meiwes even turned one man down who wanted to be beaten to death — which Meiwes considered “weird,” according to The Daily Mail.

On March 6, 2001, however, he chatted with a user named “Cator99” who said he wanted his penis bitten off and to be killed. That user was Siemens engineer Bernd Jürgen Brandes — and he was prepared to be slaughtered. According to Harper’s, he agreed to Meiwes’ proposal, which read in part:

“After you’re dead, I’ll take you out and expertly carve you up. Except for a pair of knees and some fleshy trash (skin, cartilage, tendons), there won’t be much of you left…I’ll dry out the knees and grind them up soon after…You won’t be the last, hopefully. I’ve already considered catching a young person from the street.”

The Rotenburg Cannibal Devours His Victim

Armin Meiwes and Bernd Brandes continued exchanging passionate messages online until March 9, when Brandes took the day off work. He had sold all his personal belongings, including a sports car, and erased his hard drive before the big day. He bought a one-way ticket to Kassel, where Meiwes was waiting to drive him to his house. 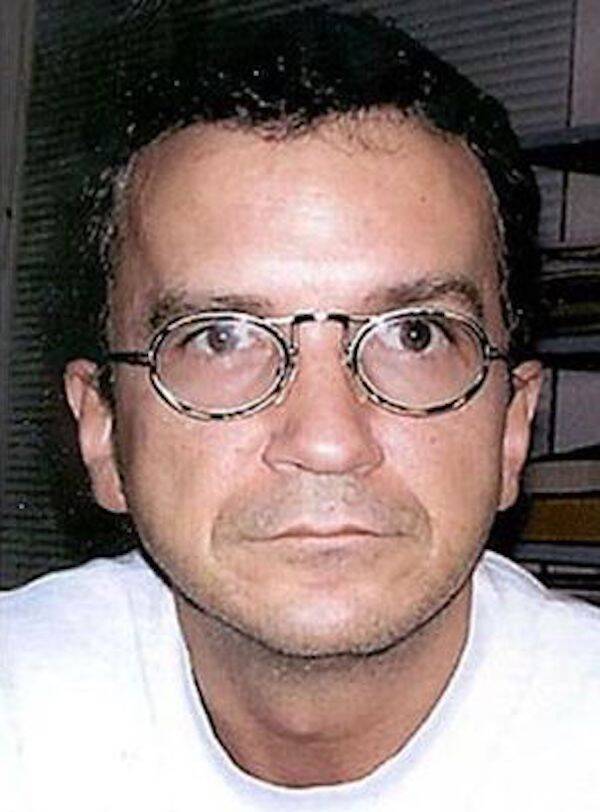 After stopping at a pharmacy for painkillers, the men arrived at Meiwes’ house and had sex. Brandes briefly backed out of the agreement but then swallowed 20 sleeping pills, cough syrup, and a bottle of schnapps to go through with it. Meiwes made sure to videotape the ordeal, with Brandes saying, “Now do it.”

State officials and bold internet sleuths have only seen what happened next. First, Armin Meiwes tried satisfying Brandes’ request to bite the penis off but failed. He then used a kitchen knife and tried feeding it to Brandes but it was too tough to chew. Meiwes then fried it with salt, pepper, wine, and garlic — and Brandes’ own fat.

Ultimately, Bernd Brandes only managed to gulp down one bite. His continuous blood loss was so extreme that he went in and out of consciousness. After accidentally burning the penis, Meiwes ground it up and fed it to his dog. He then drew Brandes a bath and left to read a Star Trek book, checking on Brandes every 15 minutes. 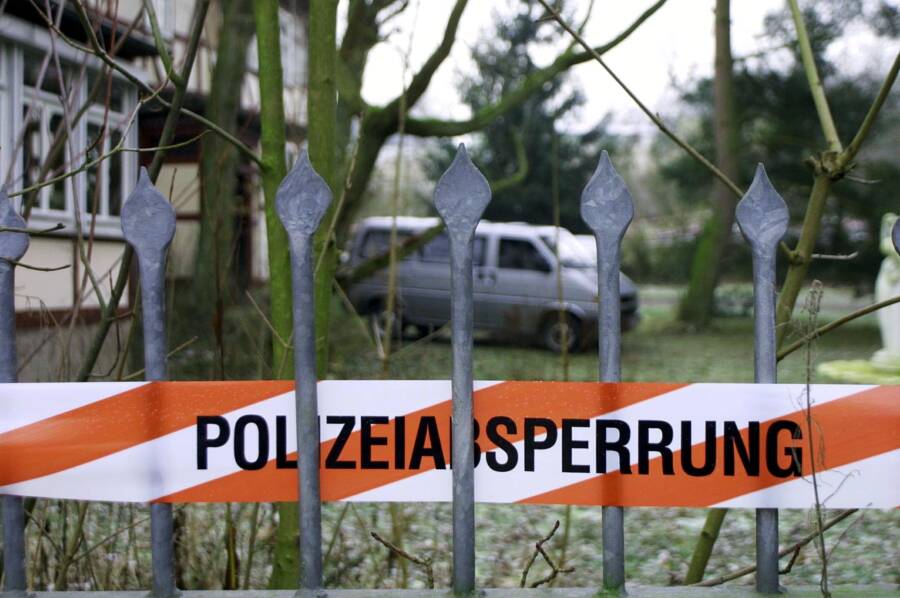 While cannibalism wasn’t a crime in Germany at the time, murder was. Meiwes prayed for Brandes to regain consciousness, but then he stabbed him in the throat — killing him. Meiwes hung his body on a meat hook to drain, dismembered it on a butcher’s block, and placed his flesh in meal-sized portions in his freezer.

“I decorated the table with nice candles,” said Meiwes of his first meal. “I took out my best dinner service, and fried a piece of rump steak — a piece from his back — made what I call princess potatoes, and sprouts. After I prepared my meal, I ate it.”

How Armin Meiwes Was Sent To Prison

Armin Meiwes kept his promise to Bernd Brandes and buried his skull and other inedible body parts in the garden. Over the next 20 months, the Rotenburg Cannibal ate 44 pounds of his flesh. Meiwes had also recorded all four hours of the mutilation, which authorities would enter into evidence for one of Germany’s most shocking post-war trials. 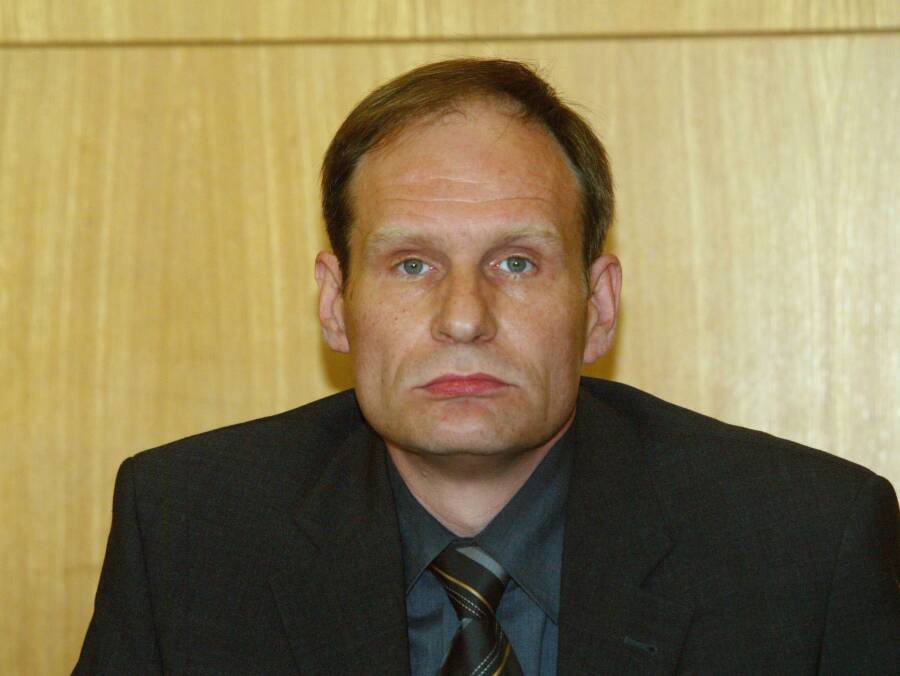 Michael Wallrath/Pool/Getty ImagesArmin Meiwes is free to wander the streets as part of his rehabilitation.

Meiwes was only caught on Dec. 10, 2002. He had continued to seek out victims online until an Austrian student reported him to the police. When they entered his home, they found a false bottom in his freezer and pounds of flesh. While Meiwes said it was wild boar meat, the officers also found the footage of his killing.

While his crimes suggested insanity and Meiwes was diagnosed with schizoid personality disorder, he was deemed fit to stand trial, according to NBC. The proceedings began on Dec. 3, 2003, and saw Armin Meiwes convicted of manslaughter on Jan. 30, 2004. Sentenced to eight years and six months in prison, he has since become a vegetarian.

Ultimately, a German court retried Armin Meiwes in April 2005 after prosecutors argued he should have been tried for murder. While he was sentenced to life in prison on May 10, 2006, Meiwes has recently been permitted to wander the streets in disguise as part of his rehabilitation.

After learning about the chilling story of the Rotenburg Cannibal Armin Meiwes, read about Issei Sagawa, the Japanese cannibal who walks free today. Then, learn about Sawney Bean, a Scottish cannibal.