Christopher Dorner, The Ex-LAPD Officer Who Went On A Vengeance-Fueled Shooting Spree In Los Angeles

In February 2013, Christopher Dorner killed four people as part of his revenge against the Los Angeles Police Department — sparking a nine-day manhunt. 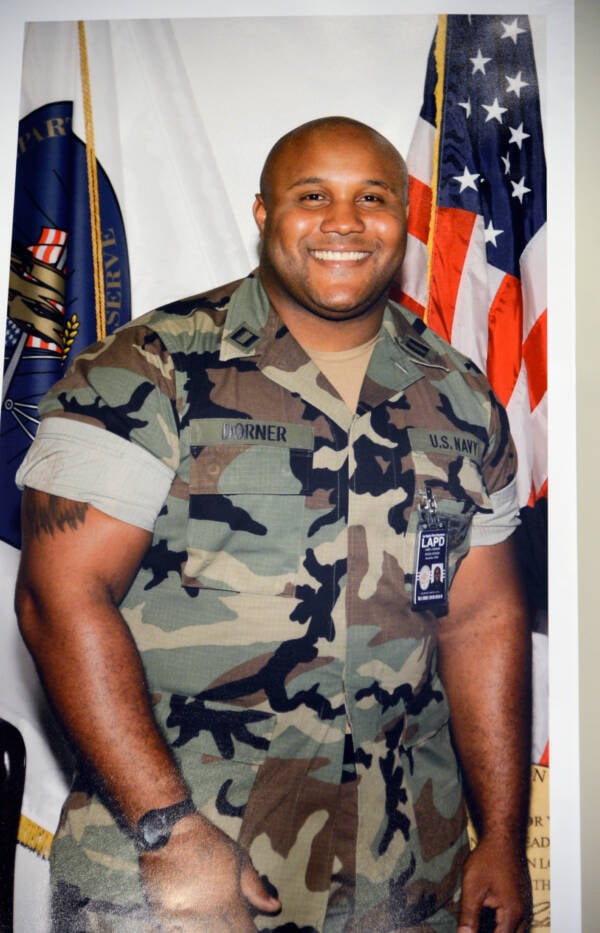 Kevork Djansezian/Getty ImagesA graduate of Southern Utah University and a veteran of the U.S. Navy, Christopher Dorner nevertheless struggled to succeed in the police academy.

In February 2013, a gunman named Christopher Dorner terrorized Los Angeles for several harrowing days. But there was something unusual about Dorner. A former officer with the Los Angeles Police Department, his killing spree was fueled by one thing — revenge.

Between Feb. 3 and Feb. 12, Dorner went after those who he believed had wronged him. After publishing an 11,000-word manifesto online detailing how the LAPD had fired him, Dorner killed the daughter of a former LAPD captain, ambushed police officers, and triggered a manhunt.

His shocking attacks came to an even more shocking end when police pursued Dorner to a cabin near Big Bear Mountain in San Bernardino County. There, Dorner lost his life — but also triggered a discussion about racism in the Los Angeles Police Department and LAPD’s internal disciplinary process.

To some, Christopher Dorner is a villain. To others, he’s a hero who stood up against a racist organization to clear his name. This is his story.

On paper, Christopher Dorner seemed likely an unlikely person to go on a shooting spree. Born on June 4, 1979, he grew up in Orange County, California, and dreamt of being a police officer from a young age. According to the BBC, he even enlisted in the city of La Palma’s police department youth program as a teenager.

As an adult, Dorner went on to study political science at Southern Utah University and serve in the U.S. Navy, where he was lauded for his marksmanship. And in 2005, Dorner seemed on the precipice of living out his teenage aspirations when he entered the police academy in Los Angeles. 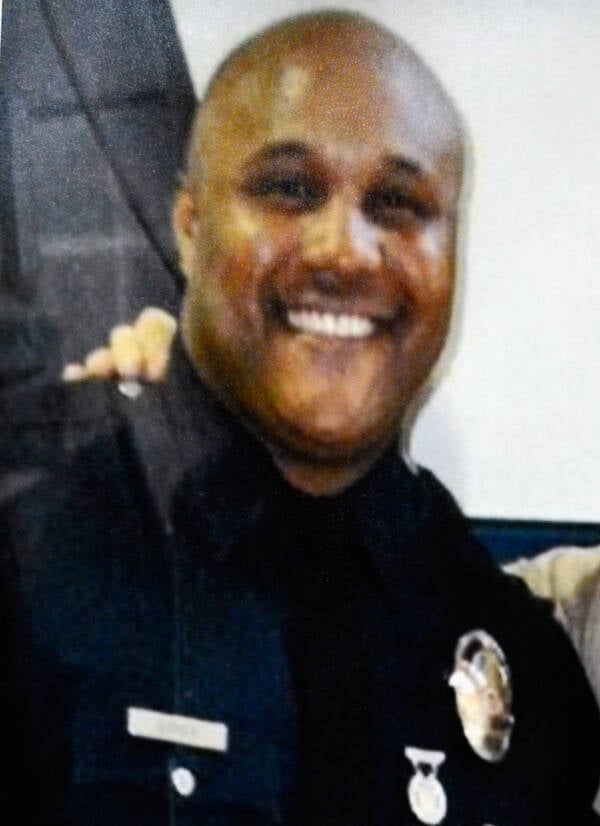 LAPD via Getty ImagesChristopher Dorner dreamed of being a police officer as a child.

However, according to The Los Angeles Times, it soon became clear that Dorner struggled within his chosen field. He took 13 months, not the standard six, to graduate, got into physical altercations with other recruits, and even accidentally shot himself in the hand.

His training officer, Teresa Evans, found Dorner “sloppy and hamfisted,” and “perpetually angry and frustrated,” according to The Los Angeles Times. He often complained to her about the racism he’d experienced within the LAPD and cried in their patrol car. And, she says, he retaliated against her when she told him to improve his paperwork in 2007.

In Evans’ telling, Dorner reacted to her criticism by filing a complaint against her, claiming that he’d witnessed her kicking a handcuffed, mentally ill man, in the head. But an LAPD investigation found three witnesses who claimed that the kick had never happened.

Dorner, deemed a liar, was fired after sitting for a Board of Rights hearing in December 2008. According to the BBC, he spent the next several years seething about his dismissal. Dorner even appealed LAPD’s decision, but a judge upheld it in 2010.

Then, in 2013, Christopher Dorner decided to take his revenge.

The first clue that Christopher Dorner had set out for vengeance came on Feb. 3, 2013. Then, 28-year-old Monica Quan and her fiancé, 27-year-old Keith Lawrence, were found shot to death in a car in Irvine, California.

At first, the shooting seemed random. But when Dorner posted a manifesto on Facebook the next day, it became painfully clear that Monica Quan’s death had been anything but.

In the 11,000-word document, Christopher Dorner listed all his grievances against the LAPD, including against Quan’s father, Randal Quan, the former LAPD captain who had represented Dorner at his 2008 Board of Rights hearing. 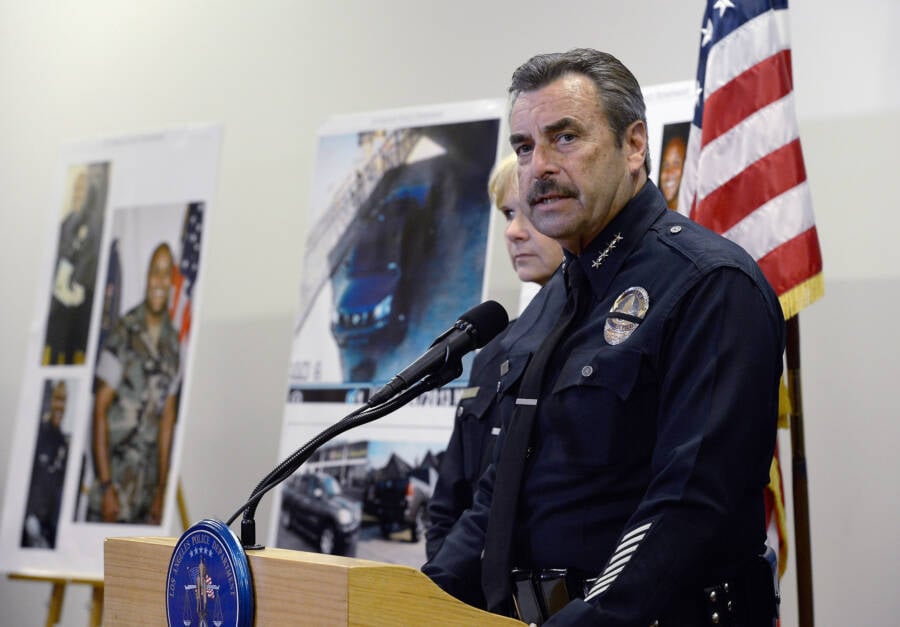 Kevork Djansezian/Getty ImagesLos Angeles police Chief Charlie Beck gives a briefing on the manhunt for Christopher Dorner on Feb. 7, hours after he killed a police officer.

Dorner wrote, “I never had the opportunity to have a family of my own, I’m terminating yours.”

Calling the LAPD racist, Dorner also threatened dozens of his former LAPD colleagues and their families. He promised to specifically target Asian-American, lesbian, Hispanic, and African-American officers as he opined about politics and popular culture and swore that the killing wouldn’t end until his name was cleared.

“Unfortunately, I will not be alive to see my name cleared,” he wrote. “That’s what this is about, my name. A man is nothing without his name.”

Four days after murdering Monica Quan and her fiancé, Dorner struck again, shooting two police officers assigned to protect one of the people mentioned in his manifesto. Just 20 minutes later, according to a timeline assembled by NBC, Dorner fired upon two more officers, killing one.

As police struggled to track him down — at one point shooting and injuring two women in a truck that they thought was Dorner’s — the aggrieved ex-cop fled to Big Bear Lake, 100 miles east of Los Angeles. There, he broke into homes, tied up residents, and carjacked a vehicle. But Dorner never hurt anyone. He saved his violence for the police.

They finally tracked Dorner to a cabin in the small town on Feb. 12. And, just as he’d promised, Dorner didn’t go without a fight. He engaged the police in a shootout that killed one sheriff’s deputy and injured another.

At around 4:15 p.m., the police threw tear gas into the cabin, which caught on fire. Then, police officers said that they heard a single gunshot. Two days later, a medical examiner positively identified the burned remains found inside the cabin as Christopher Dorner’s.

His killing spree had ended. But the debate over his actions had just begun.

Is This Ex-Cop A Hero Or A Villain?

According to The Los Angeles Times, a debate about Christopher Dorner’s actions began almost immediately. Though many were horrified as his shooting spree played out on national TV, others embraced him as a folk hero who’d pointed out grievous wrongs with the LAPD.

Facebook pages swiftly popped up with names like “Christopher Dorner For President.” One page, entitled “We Stand With Christopher Dorner,” had over 24,000 likes by Feb. 15, according to NPR. 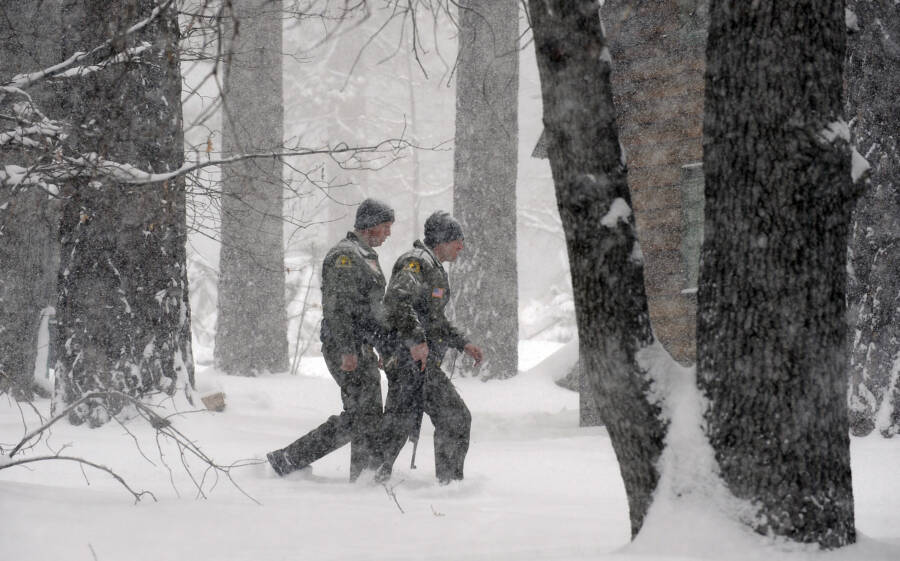 And not only did people write comments in support of Dorner. They also shared their own negative experiences with the police online. After all, Dorner’s manifesto had also included a list of LAPD’s past sins, including the infamous 1991 police beating of Rodney King.

“I don’t defend what Dorner did, but like many in the community, I believe what he said,” one Los Angeles man told LAPD Police Chief Charlie Beck during a community meeting.

Indeed, Beck promised a review of Christophe Dorner’s dismissal in the aftermath of his shooting spree.

“I do this not to appease a murderer,” he said, according to the BBC. “I do it to reassure the public that their police department is transparent and fair in all the things we do.”

Beck added, “I am aware of the ghosts of the LAPD’s past, and one of my biggest concerns is that they will be resurrected by Dorner’s allegations of racism within the department.”

That review, according to The Los Angeles Times, came to the same conclusion as before. Dorner had lied, and his dismissal was justified.

However, the so-called “Dorner Report,” a review of LAPD’s disciplinary system in 2014, did find “widespread concerns” among officers and civilians about police bias, according to The Los Angeles Times. Many of the 500 people interviewed also felt that the LAPD’s internal investigation was unfair.

As such, Christopher Dorner has something of a muddled legacy today. Did he have a legitimate grievance against the LAPD? Perhaps — and ongoing discussions about police violence in the United States have certainly shone a light on many of the issues he brought up in his manifesto.

But Dorner also turned to violence. He killed innocents and targeted people who had never wronged him. And he’ll likely be remembered more for his violent actions than for his 11,000 words.

After reading about Christopher Dorner, discover the story of Michael Dowd, the NYPD’s most corrupt cop. Or, go inside Tupac’s 1993 shootout with the police.