Arturo Martinez was arrested by San Bernardino County police for posing as a woman online and soliciting sexual services from a minor.

A sex offender in San Bernardino, Calif. with surgically implanted horns in his head was apprehended this week for attempting to seduce a 17-year-old while posing as a woman.

Arturo Martinez, 42, is a registered sex offender with a conviction for indecent exposure. His latest run-in with the law comes because numerous women, including a teenage girl, contacted police after receiving suspicious invitations to his home via social media.

The women were reportedly from Adelanto, Apple Valley, Hesperia, Phelan, and Victorville in California. Police suspect there may also be additional victims that have yet to be discovered.

After retrieving a search warrant, authorities investigated Martinez’s home and recovered evidence that the registered sex offender did indeed have contact with a minor with the intent to commit a sexual act, for which he was subsequently charged. 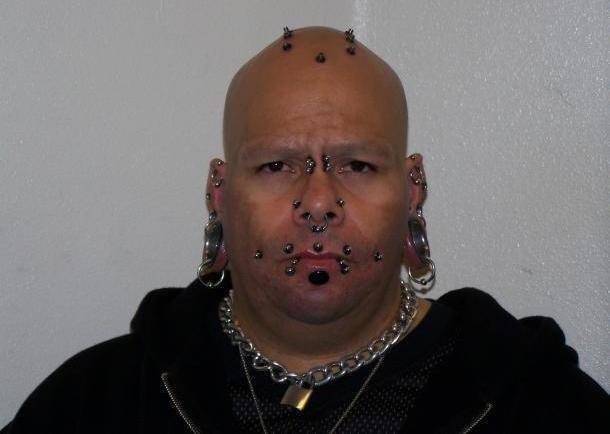 Police believe Martinez had the intent to commit a sexual act when he solicited these women under false pretenses, occasionally under false identities (Martinez also used a fake voice when on the phone to sound like a woman). The victims were reportedly solicited to perform various jobs at Martinez’s home, including taxi and real estate services, babysitting, cleaning, and possibly other types of delivery-based business.

Investigators believe Martinez may have additional victims and released several booking photos of him in the hopes of gathering additional information about his activities and encouraging other victims of his to now come forward.

He was arrested in his home in Hesperia on Jan. 10 and is currently being held at the High Desert Detention Center on $500,000 bail.