Sherry Johnson's family tried to protect the members of their church congregation that raped her by forcing her into marriage. 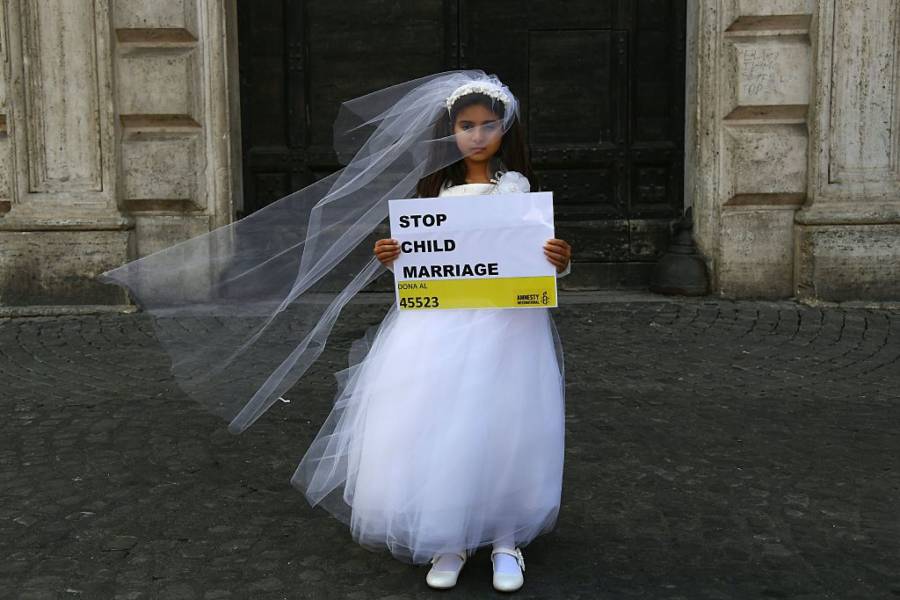 At least one child under the age of 16 gets married in Florida every few days.

That’s because what many would call underage marriage is still legal in every state in America — typically with the consent of parents or a judge. Twenty-seven states have no minimum age whatsoever.

One woman, who was forced to marry her own rapist at the age of 11, is fighting to change that.

Sherry Johnson became pregnant and gave birth when she was just ten years old — after both a minister and a 20-year-old member of her Florida church raped her.

Her family — along with church leaders — decided that instead of pursuing criminal charges, it would be easier for the elementary school student to just get married.

“My mom asked me if I wanted to get married, and I said, ‘I don’t know, what is marriage, how do I act like a wife?” Johnson told The New York Times. “She said, ‘Well, I guess you’re just going to get married.'”

The marriage didn’t last — two in three involving child brides don’t — but the psychological harm did.

Johnson was taken out of elementary school to raise her child. She ended up having nine children.

Between 2000 and 2010, about 250,000 minors were likely married in the United States, according to the anti-child marriage group Unchained at Last.

The states with the highest rates of underage marriages — most of which involve underage females — were Arkansas, Idaho, and Kentucky.

Though the age differences between these couples would often suggest violations of statutory rape laws, marriage can make these sexual relationships legal.

When Cassandra Levesque, a girl scout in New Hampshire, learned of the laws regarding child marriages, she began advocating for a bill that would raise the state’s minimum age to 18.

“We’re asking the Legislature to repeal a law that’s been on the books for over a century, that’s been working without difficulty, on the basis of a request from a minor doing a Girl Scout project,” state representative David Bates said about the girl who is apparently old enough to get married but not old enough to speak to her government about it.

People defending the right of children to get married often cite religious freedoms and the importance of avoiding out-of-wedlock births. But the reality of underage marriage is often an abuse of basic human rights, advocates of raising the minimum marriage age argue.

“For almost all of them,” Fraidy Reiss, Unchained’s founder, said, “marriage means rape on their wedding night and thereafter.”

Around the world, a girl under the age of 15 is married every seven seconds.

Looking at statistics like that, our country likes to place itself on a moral pedestal — with our own State Department decrying child marriage as a “human rights abuse that contributes to economic hardship…It produces devastating repercussions for a girl’s life, effectively ending her childhood.”

Which begs the question: Why is it legal here?

Next, read about the ex-child bride seeking millions from a Utah polygamist leader. Then, see which five acts of child abuse used to be totally legal.