From the dramatic to the hilarious and the flat out weird — these are the commercials we remember best. 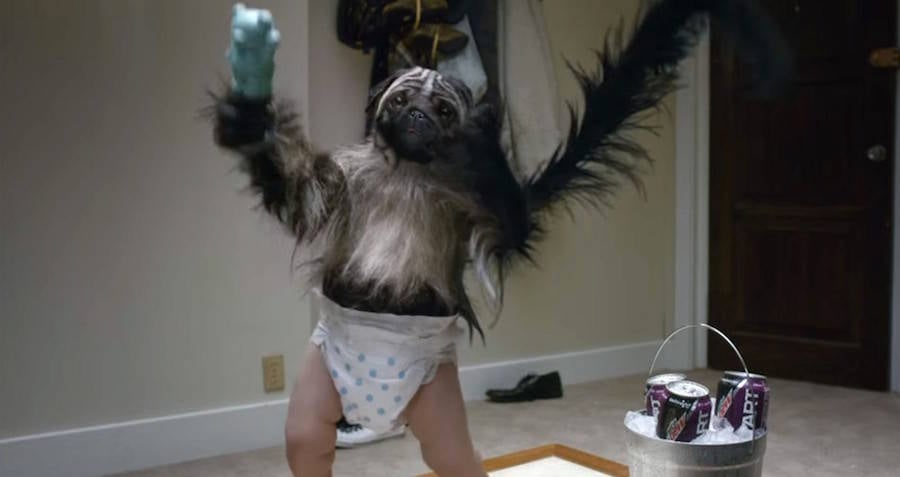 While not everyone’s favorite football team can make it to the Super Bowl, the game has become an unofficial American holiday that grabs the attention of the entire country: especially because of those spectacular Super Bowl commercials.

Only two teams are given the opportunity to battle it out for the championship trophy, but there’s still so much more attached to Super Bowl Sunday to keep everyone entertained, like tons of snacks, the Super Bowl halftime show that always features a fantastic performance from a major musician, and of course, the commercials.

Companies shell out major dollars for a coveted advertising spot with the 30-second time slot costing as much as $5 million or more.

But why do companies choose to spend so much on that single Super Bowl commercial when they could potentially buy several ads for just as much if not less money? It may be because the Super Bowl has become one of the only times in the year when consumers actually want to watch commercials.

Over the course of the Super Bowl’s history, the commercials have become grander productions. Companies now compete to have the best, smartest, and most creative ad that people will talk about for years to come.

This could well be the first Super Bowl ad that took the nation by storm. The classic Coca Cola commercial features football defensive tackle Charles Edward Greene, better known by his nickname as “Mean” Joe Greene.

He played for the Pittsburgh Steelers from 1969 to 1981 before retiring. The Pro Football Hall of Famer got his nickname because of his aggressive style of play. Greene also wasn’t shy about letting out his frustrations on the field. His past indiscretions included him spitting in the face of Hall of Fame quarterback Fran Tarkenton and kicking an offensive lineman in the groin.

Given that mean reputation, Coca Cola decided to take advantage and ran an ad featuring the hostile athlete in a new light. Once offered a Coke by a little boy, even “Mean” Joe became a sweetheart. After downing the soda, Greene throws the kid his jersey in an act of uncharacteristic kindness.

The creativity employed in this ad set the foundation for allowing companies to make their ads more interesting and entertaining for viewers.

Apple introduced the first Macintosh computer in this dramatic commercial in 1984. It’s creepy and eerie, and it firmly announced the beginning of the Apple takeover of the technological world.

The dramatics displayed in this ad also solidified a new era for Super Bowl commercials. After this aired, companies across the country and around the world knew that they had to step up their game. Not only did commercial budgets increase, but the significance of the messages that brands wished to convey to consumers grew deeper and the creativity that advertisers exercised in conceptualizing their ads expanded greatly.

The budget for Apple’s commercial was unheard of at the time. It drew heavily upon George Orwell’s classic dystopian science fiction novel 1984, which clearly makes sense given the year that the commercial was released.

Even though Apple products didn’t immediately take off in the 80s, the company appeared evidently confident that they would become the premier technology provider of the future. Today, it’s clear that their vision was on point.