The residents of the Massachusetts town braved the falling shells and swarmed the beach to look in awe at the battle before them. 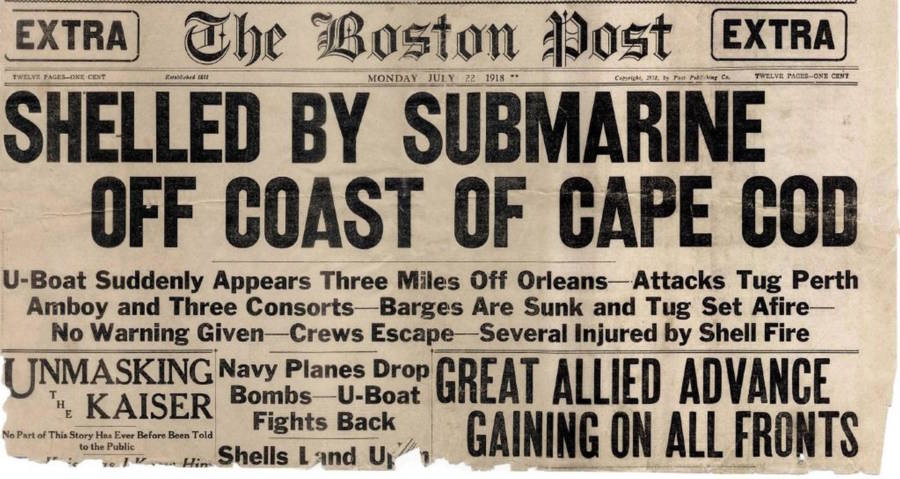 It was one of the strangest battles of World War I — and not just because it took place in American territory.

On July 21, 1918, more than 1,000 people gathered at Nauset Beach in Orleans, Massachusetts, where they witnessed a naval battle fought just off their very shores. On that day, the sleepy fishing town became the only place in America to take enemy fire during all of World War I.

As described in Jake Klim’s book Attack On Orleans, the fighting began when the German SM U-156 submarine reached the waters just off Nauset Beach and started firing at the Perth Amboy, a tugboat bringing four barges around Cape Cop toward Chesapeake Bay. 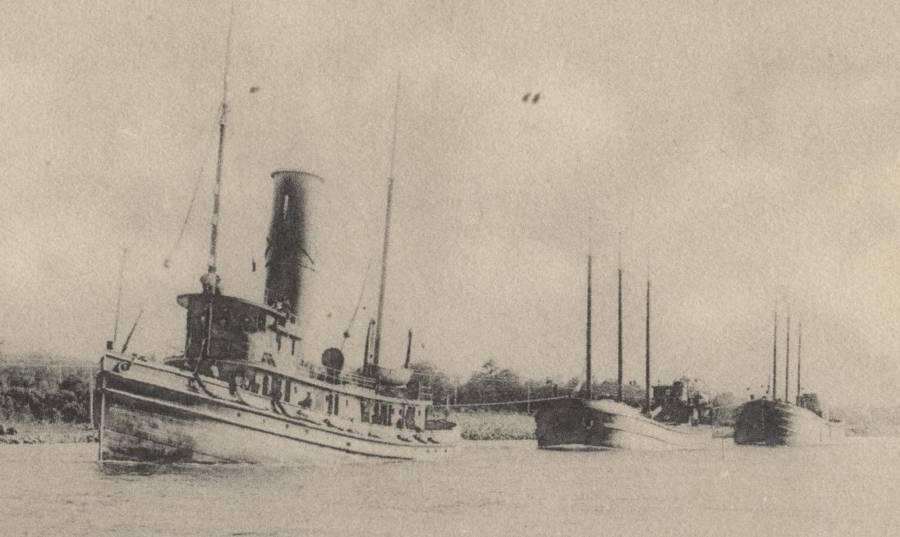 Attack on Orleans/FacebookThe Perth Amboy with barges in tow.

A deckhand aboard the Perth Amboy first spotted the German vessel at 10:30 a.m., but could barely yell out a warning before the submarine opened fire, sending explosive shells into the tugboat and its defenseless caravan. The shots immediately injured several people, and over the next 90 minutes, the Germans quickly destroyed the four barges that the tugboat was towing.

Lacking any sort of weaponry, the civilian crew of the tugboat and barges could do nothing to fight back.

“All that we could do was to stand there and take what they sent us,” I.H. Tupley, captain of the Perth Amboy, later told reporters from The Boston Globe.

Due to the imprecise aim of the gunners aboard the U-boat, more than 147 shells were shot at the four barges, many of which missed by large margins. Unfortunately, this meant that several of the shells missed the boats to land on the beaches and marshes of Orleans.

The shelling initially caused panic among the town’s residents. Though the United States had entered World War I a year earlier, most Americans rightly saw the war as one being fought overseas, not one that could possibly reach their homes.

However, once the residents of Orleans realized that their homes were not the targets of the shelling, they quickly became more bold, and huge numbers of people swarmed to the beach to help or at least witness the excitement and destruction of the battle.

One 11-year-old boy, the son of one of the barge captains, even ran to the end of a dock and waved an American flag at the German submarine.

The Lifesavers, a government marine life-saving organization made mostly of volunteers and community members, took to boats to rescue the sailors being pummeled by shellfire. They were able to save the 32 seamen working on the tugboat and barges. 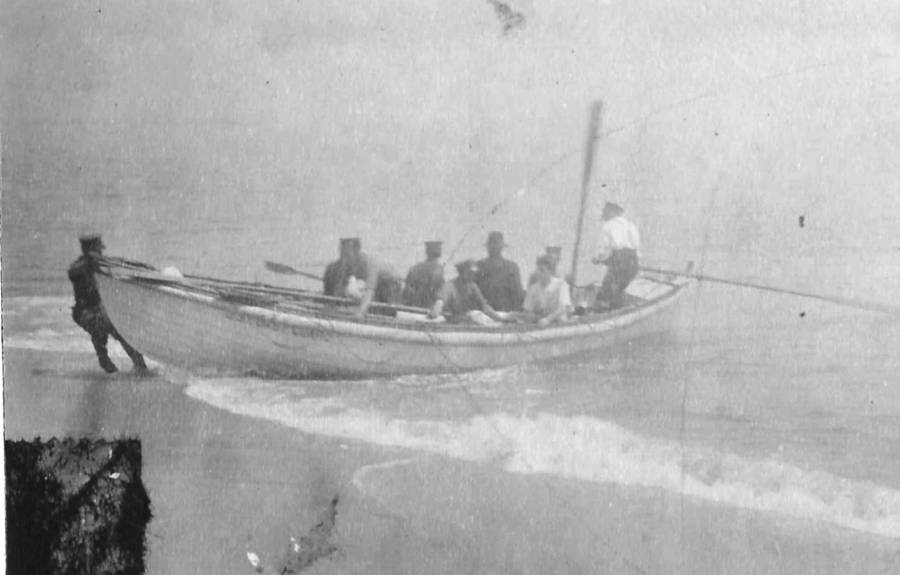 Attack on OrleansThe Orleans Lifesavers bringing sailors back to shore.

By 11:15 AM, the Air Service had two seaplanes in the skies attacking the submarine. They had flown from the nearby Chatham air base, which had been alerted to the attack shortly after the first shots were fired.

The planes dropped Mark IV bombs, TNT explosives that had a history of malfunctioning, onto the U-boat. Though none of the bombs succeeded in exploding, they did drive the submarine away from the bay, as it slipped away underwater to avoid the bombing.

The U-boat would continue up the coast attacking other Allied ships, before meeting its end in a mine field in the North Atlantic two months later.

Though all the barges sunk, the Perth Amboy survived the encounter, despite heavy damage.

Surprisingly, this was not the only heroic incident that the vessel was involved in. After World War I, the tugboat was renamed the Nancy Moran and during World War II was given to the British as part of the Lend-Lease Act. This historic boat became one of the 1,400 ships that rescued 338,000 Allied troops encircled by German forces at Dunkirk, France in 1940.

In the end, no Americans were killed, and all the barges that were sunk were either empty or loaded with stones. Furthermore, the people had shown their resilience, and after seeing the poor effort of the German submarine, were more convinced than ever of the superiority of their country’s own army.

Today, though this battle has been largely forgotten by history, it was then an important rallying moment for the people in the surrounding area. At once, the enemy had become both more real and more seemingly vulnerable than ever before.