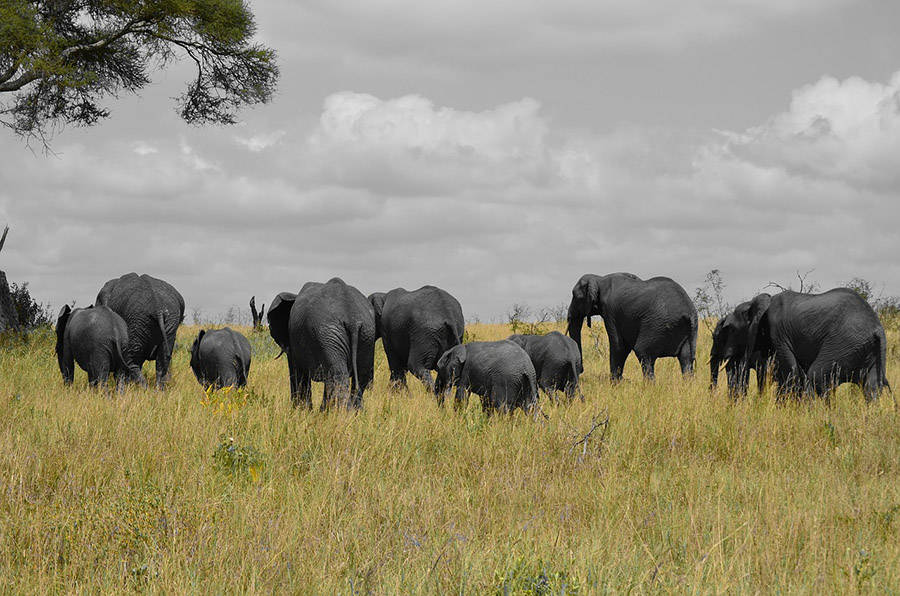 Approximately 100 elephants in Hwange National Park have died due to a single poacher, the Chronicle reported.

On Wednesday, police in the area arrested Tony Maphosa on suspicion that he used cyanide to fatally poison the Zimbabwe park’s elephants, apparently for their ivory tusks.

This isn’t the first time Maphosa’s name has come across the park’s anti-poaching unit.

“He has been on the wanted list in connection with poisoning of elephants in 2013 and is also linked to the death of eight elephants this year,” one police source told the Zimbabwe daily newspaper.

As of that writing, Maphosa remained in police custody and will “appear in court in Hwange in due course,” the paper wrote.

According to the Chronicle, prospects don’t look good for Maphosa: in July, Zimbabwe courts sentenced two people to nine years each in jail for the illegal possession of ivory and 270 grams of cyanide.

Maphosa’s actions come just days after the park saw another high-profile — albeit legal — killing: that of Cecil the Lion’s son, Xanda. The six-year-old cub was shot dead by a trophy hunter and Zimbabwe national.

As illegal poaching rises — almost all illegal ivory supply comes from recently-killed elephants, according to researchers — park officials and conservationists alike are faced with tough questions: how to protect the animals whose ivory (a single pound of which can sell for $1,500, with tusks weighing up to 250 pounds) offers impoverished locals lucrative income while permitting wealthy hunters to legally shoot them dead and then leave?

Some say that the ivory trade should be legalized, as they think it will have a downward push on prices.

The 1989 UN ban on international ivory trading was supposed to protect elephants. The result has been counterproductive because restricting supply in a time of increasing wealth in Asia has driven up prices, dramatically increasing incentives and rewards for poachers. Since 2008, large-scale elephant poaching has restarted, driven by high prices in Asia.

Because of this, the authors write, “A more practical approach would be to combine demand reduction campaigns with a legal and regulated supply of ivory, which would keep the price of ivory from rising higher and reduce the incentives for gangs to kill elephants.”

Others say that the only way to stop poaching is to reduce poverty levels among Africans.

“Ivory has been part of Africa’s wealth for centuries, and the colonial powers of the 18th, 19th and early 20th centuries went to war with each other in the attempt to gain control of it,” Zimbabwe political figure Rowan Martin wrote. “No decree from these same powers banning ivory trade is likely to resonate with the African owners of the resource today.

This year, southern Africa will experience an environmental disaster of extraordinary magnitude,” he added. “Millions of people will be without food and water before the end of the year. Unless southern Africa can find higher-valued land uses than the present subsistence agriculture and marginal livestock husbandry, disaster appears inevitable. Those preoccupied with trade bans do not see this bigger picture.”