The cub was killed early this month, but did not become public knowledge until very recently. 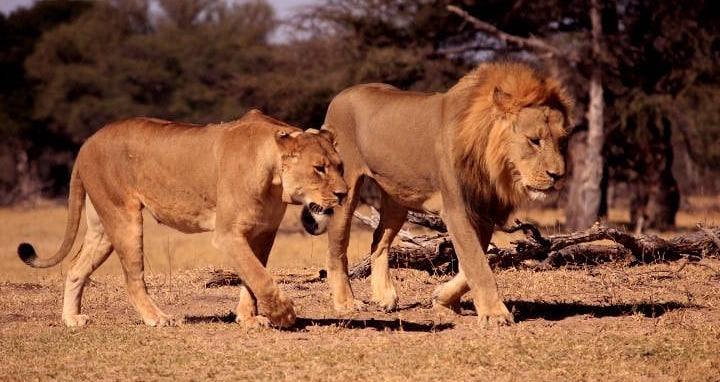 The six-year-old lion was killed on July 7th in Zimbabwe’s Hwange National Park — near where Cecil died — but news of the death didn’t hit the public until recently. Unlike Cecil, who was shot dead by American dentist and recreational trophy hunter Walter Palmer, Xanda was killed by a Zimbabwe national, private hunter Richard Cooke. Like Palmer, Cooke possessed the necessary permits to legally hunt and kill Xanda.

Those who knew Xanda have been quick to express their dismay.

“Xanda was one of these gorgeous Kalahari lions, with a big mane, big body, beautiful condition – a very, very lovely animal,” Andrew Loveridge, who has studied lions at Hwange for years, told the Guardian. “Personally, I think it is sad that anyone wants to shoot a lion, but there are people who will pay money to do that.”

That money, Loveridge says, goes to a worthwhile cause. “Trophy hunting protects an area about the size of France and Spain combined in Africa,” Loveridge added. “So if you throw trophy hunting out, what happens to all that habitat?”

Loveridge’s remarks are common among those who defend big game hunting: the revenue received from hunting helps fund the wildlife reserves where the animals live. Without this funding, proponents say, wildlife reserves would not be able to maintain themselves.

Others propose an outright ban of the industry.

“Trophy hunters have learned nothing,” Masha Kalinina at the Humane Society International said. “To stop lions slipping into extinction, it is critical that countries like Zimbabwe focus on keeping as many lions alive as possible. It could follow the examples of Botswana and Kenya, which ban trophy hunting.”

Somewhere in between, scientists have proposed creating a no-hunt zone in parks like Hwange — but even that moderate proposal comes with conflict.

“It is something we have suggested for years,” Loveridge said. “But there is a lot of resistance because a lot of the hunting happens right on the boundary, because that is where the animals are. The photo-tourism operators in Hwange are very keen to have that discussion. They are annoyed that this has happened.”

Next, read about the lions who were killed by poachers only a year after being released from a circus. Then, learn about the elephant who killed a big game poacher by body slamming him.