12-Year-Old Brothers Make $250,000 With Their Holiday Invention And Donate To Animals

Even 12-year-old brothers Ayaan and Mickey Naqvi worked from home this year — and developed a product that made $250,000 in revenue. 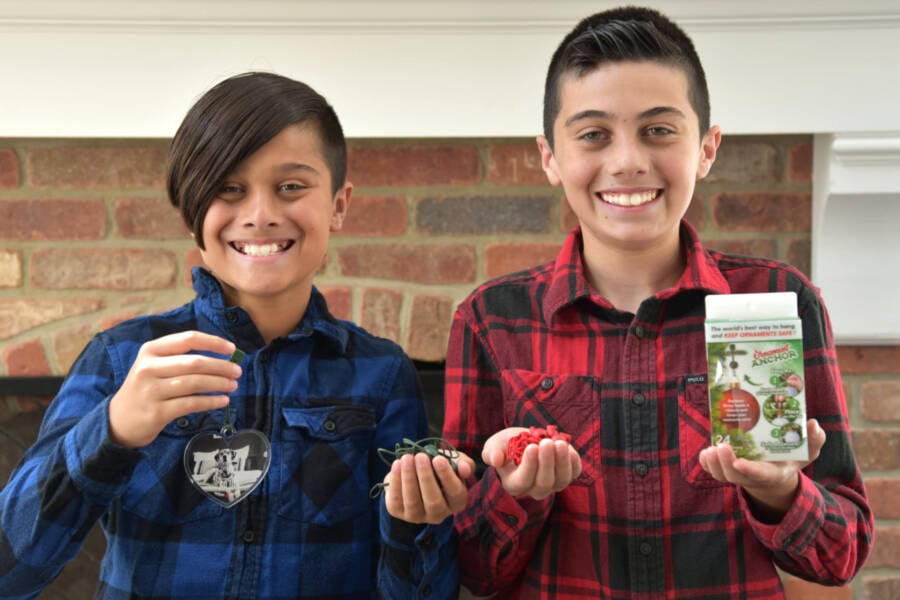 FacebookAyaan (left) And Mickey Naqvi (right) made a quarter of a million dollars this year.

In December 2018, Ayaan and Mickey Naqvi had their lightbulb moment. The two Connecticut brothers were hanging Christmas tree decorations when one of the ornaments fell and shattered. The resourceful 12-year-olds then designed a product to prevent broken ornaments — and are now giving back.

According to CNN, the Naqvis made over $250,000 in revenue from their widely popular “Ornament Anchor” in the first year, alone. The toggle device fastens each ornament securely around a branch, unlike traditional hooks that allow fragile decorations to dangle precariously.

And evidently, demand for the product was sky-high.

In a remarkable move, the brothers started their business three months before the coronavirus pandemic went global and have since been featured on both Good Morning America and Shark Tank. Eager to spread the wealth, they’ve pledged to give 10 percent of profits to animal shelters.

“Ever since I was super young, I’ve had a fascination with all of life’s creatures,” Ayaan told The New York Post. “My goal is to help as many animals in need as I can.” 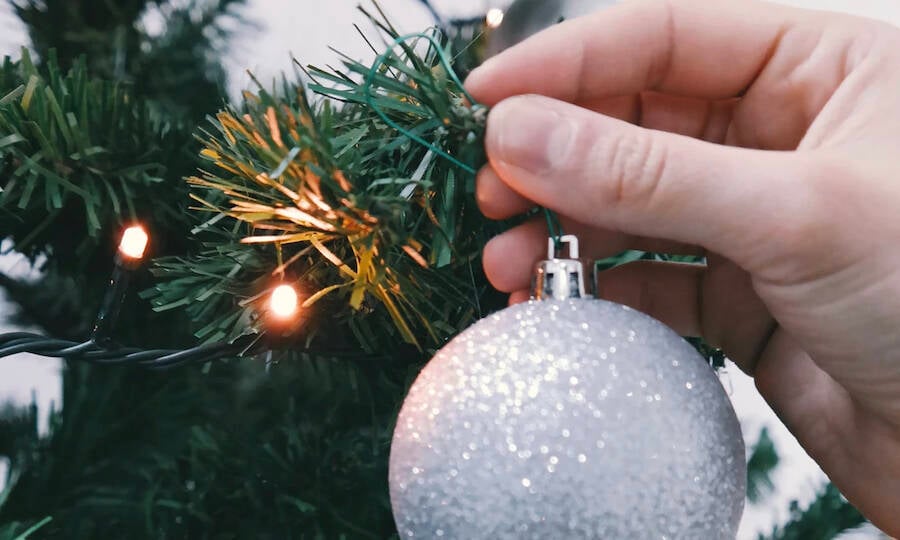 Ornament AnchorThe Ornament Anchor essentially tightens its clasp around each branch and prevents the decoration from slipping off.

Based in Shelton, Connecticut, the Naqvis live about an hour’s drive from New York City. Before hitting it big, Ayaan decided to test their product for a school project. It not only worked as intended but saw parents and teachers alike huddle around his booth. That’s when the two brothers realized it was time to expand.

“My brother and I worked together to design the product, patent it, create an awesome website, calculate profit margins and did our own market analysis,” said Ayaan. “We did everything to the point where every month was Christmas.”

While the ambitious siblings realized they had a great idea and functioning product on their hands, gauging how much actual demand there would be was yet unproven. The momentum grew when over $1,000 worth of Ornament Anchors sold at a local Christmas fair in the first six hours, however — and never stopped.

It was only a matter of months before hit TV shows and morning news producers came knocking. For QVC, Ornament Anchors were so popular that they sold out twice. Looking back on their stunning personal success, the Naqvis realized that 2020 hasn’t been easy for everyone — and made a heartening decision.

Ayaan and Mickey Naqvi speak about their Ornament Anchor product and televised appearance on Shark Tank.

The underage businessmen have opted to donate 10 percent of their profits to local animal shelters. But despite their incredible success, the Naqvis say that 2020 has been a tough year for them as well.

“Starting a new business only three months before a crisis and then suddenly quarantining and learning to do school from home was hard,” said Ayaan. “We went from such highs to such lows so fast.”

The family are well-known in their area for their 2019 appearance on Shark Tank with a different product, Kudo Banz. Though this product didn’t secure any investments from the sharks, one of the hosts called Mickey “a future shark” who did “better than most of the adults.”

“We’ve been keeping it positive though,” said Ayaan. “We are taking small steps every day and have been so amazed by all the positive responses for Ornament Anchor we’ve gotten so far.”

After learning about the two brothers who made $250,000 during the pandemic and are donating proceeds to animal shelters, read about a billionaire’s goal to give his fortune away before dying. Then, learn about the Vatican’s biggest charity only giving away 10 percent of its money.