The man was arrested after investigators seized the vast trove of looted artifacts from his home. 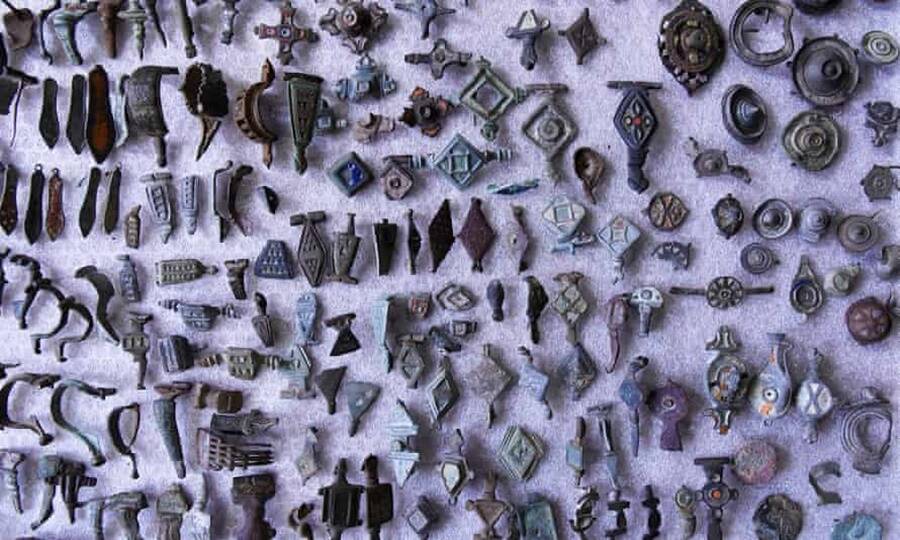 Douane FrançaiseThousands of looted archaeological artifacts like these were uncovered from the man’s home.

A French treasure hunter who was found amassing a giant collection of more than 27,400 priceless artifacts has been accused of carrying out one of the largest lootings in archaeological history.

According to Smithsonian Magazine, Belgian officials became suspicious of a man identified as Patrice T after they discovered a trove of 14,154 Roman coins in the man’s possession in the fall of 2019. The treasure hunter claimed he had dug up the coins from his recently purchased apple orchard in Gingelom located about 40 miles east of Brussels.

In Belgium, employing a metal detector for personal use is legal and any artifacts uncovered from a person’s own property make them entitled to the artifact. However, in the case of the treasure hunter, officials suspected something more insidious was taking place.

Belgian officials became suspicious of Patrice’s archaeological activities due to the sheer size of his coin collection. Agents from the Belgian Agency for Immovable Heritage decided to team up with French custom officers to investigate, sending in five archaeological experts to help.

One of the experts, archaeologist Marleen Martens, told the French press she was aghast when the man showed his hoard of coins which were stored away in large buckets inside his car trunk. 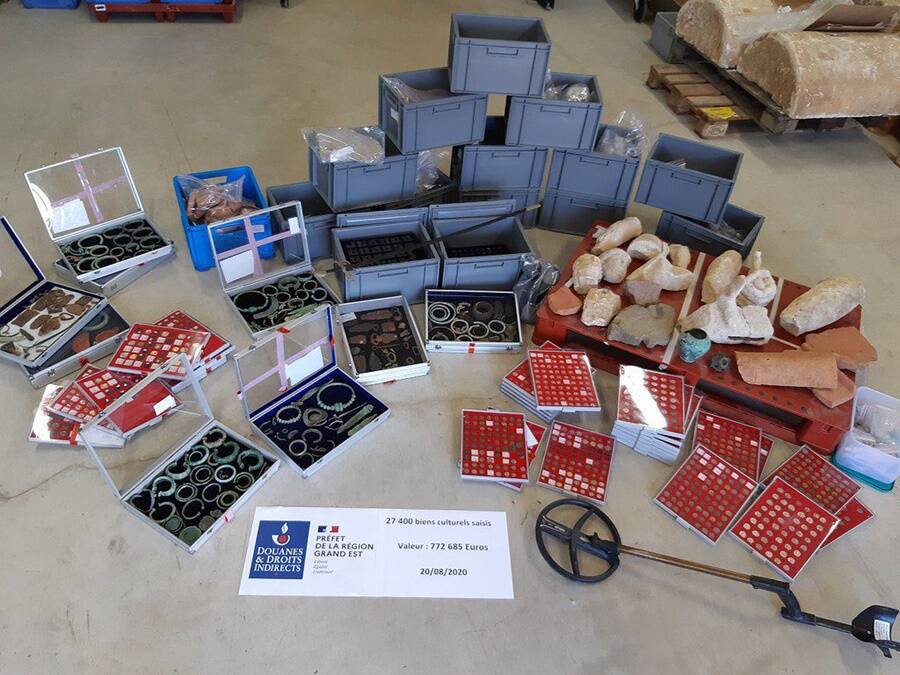 “The man said he bought it because he liked to come for a walk in the area and set up a caravan there. He had made the find when he wanted to clean up the ground with a metal detector. I thought he had found some coins, but he took two full buckets from the trunk of his car,” Martens said.

She added: “I had never seen so many coins.” After Martens and her team examined Patrice’s hoard of ancient coins, they concluded that it was impossible that all of them had come from his single private property.

“During the site survey we concluded that it was impossible for the coins to have come from this site,” Martens told the Flemish newspaper Het Nieuwsblad. “They were located in an Earth layer that was formed after the Middle Ages. A few coins could exceptionally still [turn] up. But 14,000?”

The conclusion was enough for authorities to perform a search of Patrice’s home where they found more than 13,000 other rare artifacts. The vast archaeological collection is estimated to be worth 772,685 euros or US$946,670.

The contents of the treasure hunter’s loot are stunning. Among them were bracelets and necklaces from the Bronze Ages, fragments of ancient ornaments and statues, and other items dating back to the Middle Ages and the Renaissance.

A rare Roman dodecahedron, of which only about 100 remain in existence, was also uncovered among the loot. 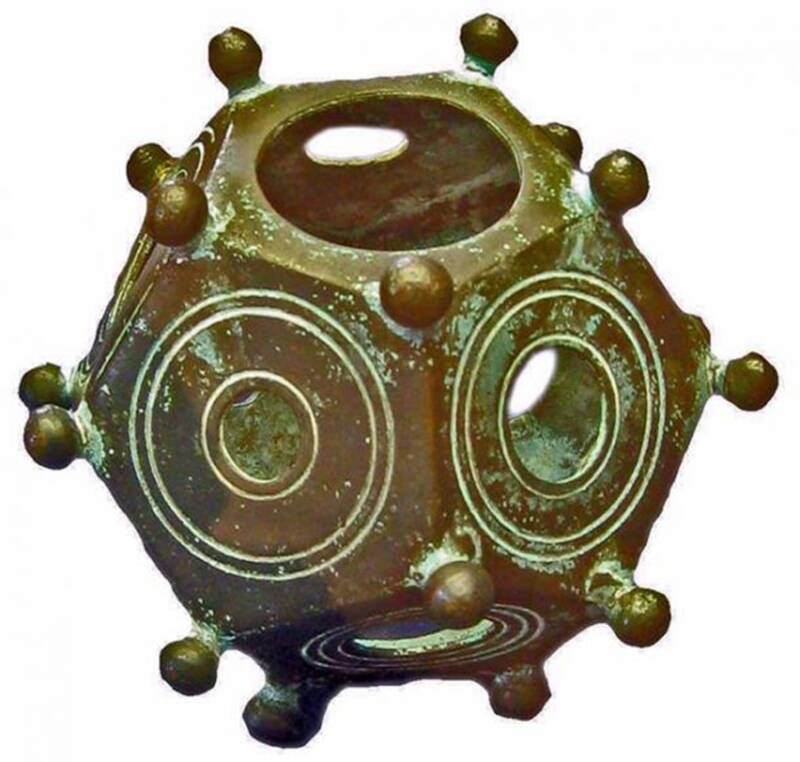 Public DomainA rare Roman dodecahedron like this was discovered among the looted artifacts.

Investigators believe that Patrice had looted his treasures from various parts across France, where metal detector use for anything outside of scientific or research purposes is illegal. He then likely used the differing laws between France and Belgium as a loophole while he grew his collection across the countries’ borders and traded the artifacts to interested buyers.

It’s reported that Patrice had a previous run-in with the law nearly three decades ago, when he was caught with a vast collection of 5,250 coins dating back to the third and fourth century A.D.

Back then, Patrice told officials that he had found the coins by a road in Pierreville. He was allowed to keep the coins by the French commune’s mayor.

Now, his archaeological loot has amassed to an unbelievable size and value, likely making it one of the largest archaeological crimes ever carried out in history. But this time, it looks like he will finally answer for his illegal excavations.

“The offender is liable to imprisonment and hundreds of thousands of euros in customs fines,” declared Bruno Le Maire, France’s economy minister, in the statement.

“This is a clear message to those who, for the benefit and selfish pleasure of a few, rob us of our common heritage and erase entire swaths of our history.”

Next, read about the archaeologist who claims he found the “face of God” while examining 3,000-year-old artifacts and learn how melting ice revealed over 1,000 Viking artifacts in Norway.