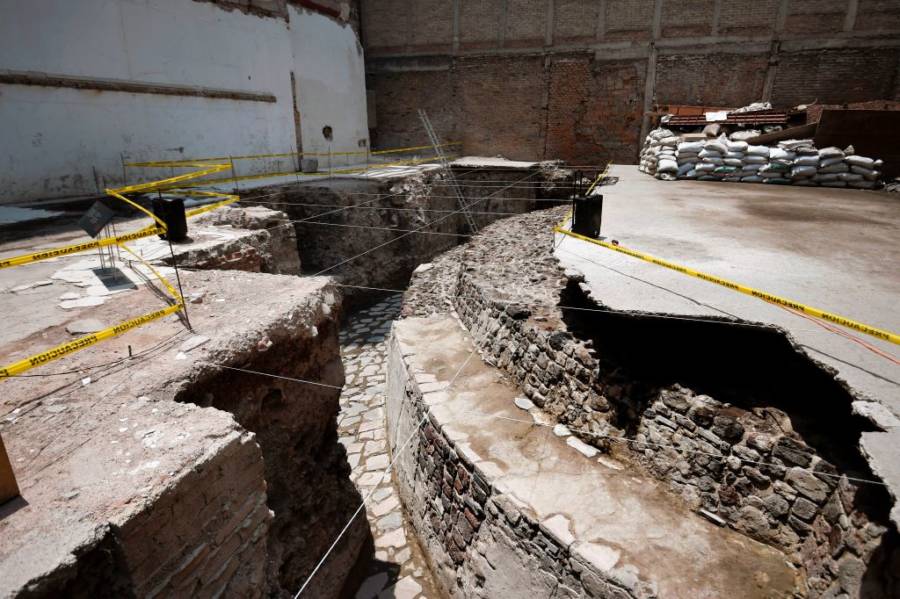 ALFREDO ESTRELLA/AFP/Getty ImagesView of the archaeological site of the ancient Aztec temple of Ehecatl-Quetzalcoatl and ritual Ball Game recently discovered in downtown Mexico City on June 7, 2017.

The temple was dedicated to Ehécatl, the Aztec wind god.

Sitting in the heart of Mexico City, the 118-foot-long building and 30-foot-wide ball court are thought to have been in use from about 1481 to 1519.

Excavations of the site — located just behind a colonial-era church — began in 2009. They revealed a piece of what was a huge, circular structure built during the reign of Aztec Emperor Ahuizotl, Montezuma’s predecessor.

Archaeologists suspect that the building was meant to look like a large coiled snake, where priests entered through a doorway made to look like the snake’s nose.

The ball court was used in a ritual sport described by the first Spanish chroniclers to ever visit the empire’s capital city, Tenochtitlan.

It was said that when a young Montezuma lost to an elderly king on the court, it was a sign that the empire wouldn’t be around much longer.

Near the platform, archaeologists found a set of stairs. Under the stairs, they found 32 male neck bones, all belonging to infants and children.

“It was an offering associated with the ball game, just off the stairway,” archaeologist Raul Barrera said. “The vertebrae, or necks, surely came from victims who were sacrificed or decapitated.”

It was important for the Aztecs to make Ehécatl happy, since in their view it was the god of winds that brought rainfall.

Behind the temple, researchers have also found statues of other gods, like the rain god Tláloc and the warrior god Huitzilopochtli. This structure indicates a hierarchy within the deities. 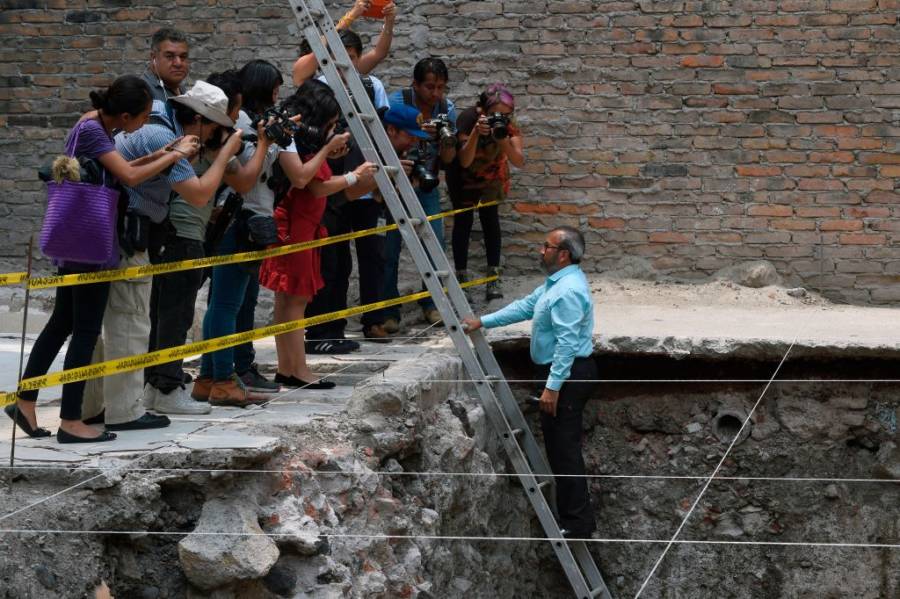 ALFREDO ESTRELLA/AFP/Getty ImagesMexican archaeologist Raul Barerra (R) gives an explanation during a tour by the archaeological site of the ancient Aztec temple of Ehecatl-Quetzalcoatl and ritual Ball Game.

“We’ve been working this area for nearly 40 years, and there’s always construction of some kind,” archaeologist Eduardo Matos said. “And so we take advantage of that and get involved.”

Next, read about the new clues to the Mayan’s demise recently uncovered by archaeologists. Then, check out the new McDonald’s opened over an ancient Roman road.