The baby rhino is emotionally scarred by the attack, and his cries for his mother are described as "a heart-wrenching sound and one that he should never have to make." 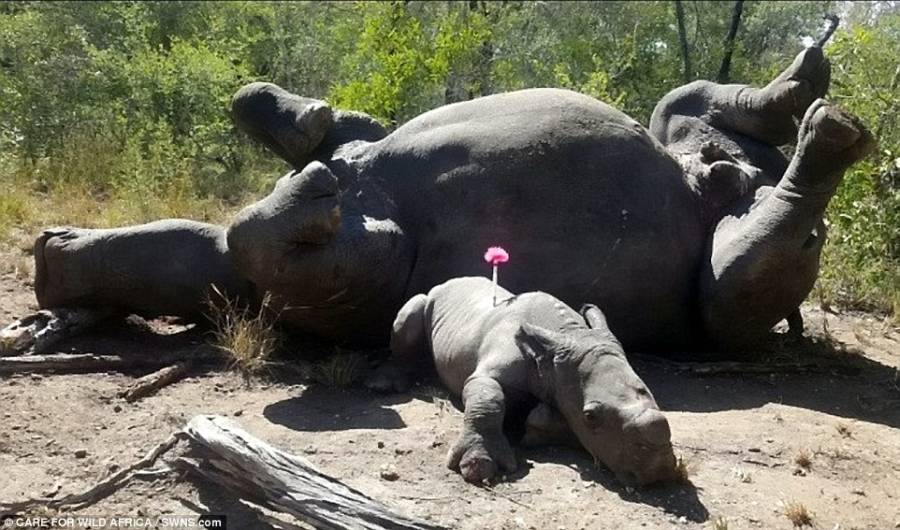 Care for WildArthur the rhino calf lies next to his dead mother’s body after he was found by park rangers at Kruger National Park in South Africa.

Conservationists in South Africa’s Kruger National Park have captured heartbreaking images of a baby rhino, sprawled beside his dead mother’s body after she was killed by poachers.

Arthur the rhino calf, who was named by those that saved him for his bravery and resilience in his survival, suffered from severe machete wounds but is expected to continue his recovery. The baby’s life was likely spared by the poachers because he was too young and had yet to grow his own horns.

According to a press release from Care for Wild, the world’s largest rhino sanctuary located in South Africa, park rangers were alerted of a gunshot in the Skukuza section of the park on May 20. A helicopter was dispatched to find the dead white rhino cow with her young calf beside her. 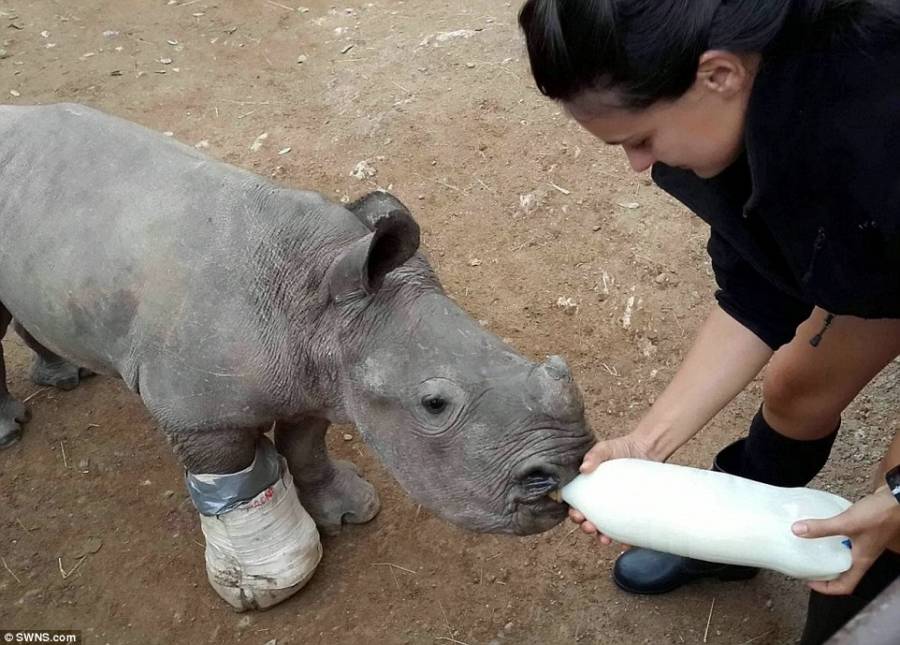 Care for WildArthur is being nursed back to health, but continues to heartbreakingly cry out for his mother.

“It was instinctive for him to try and stay close to his mother to protect her, and the poachers with no sympathy or hesitation whatsoever lashed out at him so that they could finish their heinous crime of taking his mother’s horn as quickly as possible,” the Care for Wild team explained of Arthur’s injuries.

A veterinarian stabilized Arthur before he was transported to the sanctuary. He was found with a cut on his right toenail and a deep four-inch gash on his back that was dangerously close to his spine.

More tragic than Arthur’s wounds are his cries for his mother that he reportedly continues to make, even three months after his rescue. Arthur’s rescuers at the sanctuary have described his cries:

“He still calls for his mother, it is a heart-wrenching sound and one that he should never have to make. Her death will affect him emotionally long after his physical wounds have healed. A rhino calf stays with his mother for up to three years and in that time, she teaches him everything he needs to know, from what to eat and how to keep himself safe.” 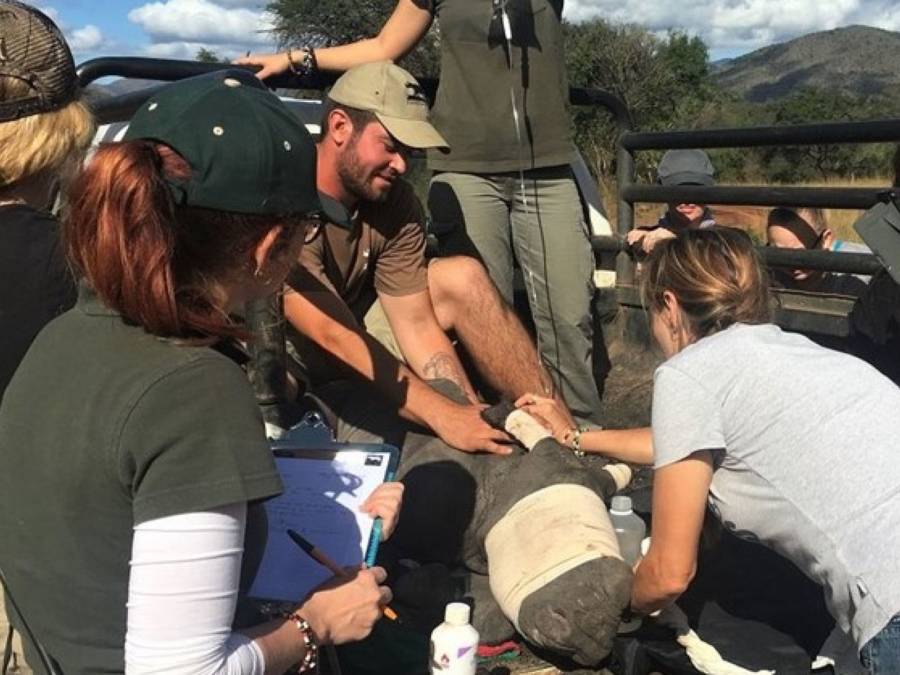 Care for WildArthur the baby rhino was cared for by members from Care for Wild, the world’s largest rhino sanctuary.

Rhino poaching is considered to be at crisis levels according to the South African government. In 2017, an estimated 1,028 rhinos were illegally killed in the country, which houses about 80 percent of the world’s 29,000 rhinos. It is estimated that rhinos will become extinct in the wild within 20 years if conservation efforts don’t strengthen.

There have been accounts of abandoned baby rhinos attacked and maimed by larger predators, like hyenas, following the poaching of their mothers. Without the protection and guidance of their mothers, rhino calves are in great danger for survival. There are also stories of calves staying close to their murdered mothers and trying unsuccessfully to suckle from them.

Rhino horns are particularly desirable in Asia, specifically in Vietnam. The horns are believed to possess invaluable medicinal properties, capable of curing cancer or being a powerful aphrodisiac. Rhino horns are also used as a club drug that’s mixed with water or alcohol.

However, rhino horns are made out of keratin, the same material that human hair and nails are made of, and there’s little to no evidence that they have any sort of medical value or psychedelic effect.

Kruger National Park, where Arthur was found, was once a hotspot for rhino poachers. The number of rhinos poached in the park has decreased by 24 percent as of 2017, which is in large part due to new rhino protection measures that the park’s staff has implemented.

The heightened security in the park includes the use of new surveillance technology titled “Meerkat” — a mobile system which can tell the difference between human and animal movements to better alert park rangers of the possible presence of poachers.

Although these measures at Kruger National Park have been taken, the South African government continues to consider rhino poaching an international crisis.

Next, learn why you should never choose to participate in an elephant ride tourist attraction while traveling. Then, read this story about a lion that attacked and killed his suspected poachers.