William Shakespeare is a household name nowadays - and this newly excavated theater helped launch his career as a preeminent playwright.

Museum of London ArchaeologyArchaeologists digging in the area outside of The Theatre.

A theater located in the outskirts of London which played a huge role in William Shakespeare’s early career is set to reopen to the public for the first time in 400 years.

The remains were first discovered in 2008 and recent excavations at the playhouse in Shoreditch, simply called “The Theater,” revealed new details about its rich history through artifacts. The archaeologists’ recent discoveries will be on display at an exhibition on site sometime next year according to the Museum of London Archaeology.

The playhouse is now known as one of the most important places in the story of Shakespeare in London. It was one of the very first theaters in the city to perform one of his plays and the famous playwright even performed onstage himself with the troupe Lord Chamberlain’s men, according to Smithsonian.com. 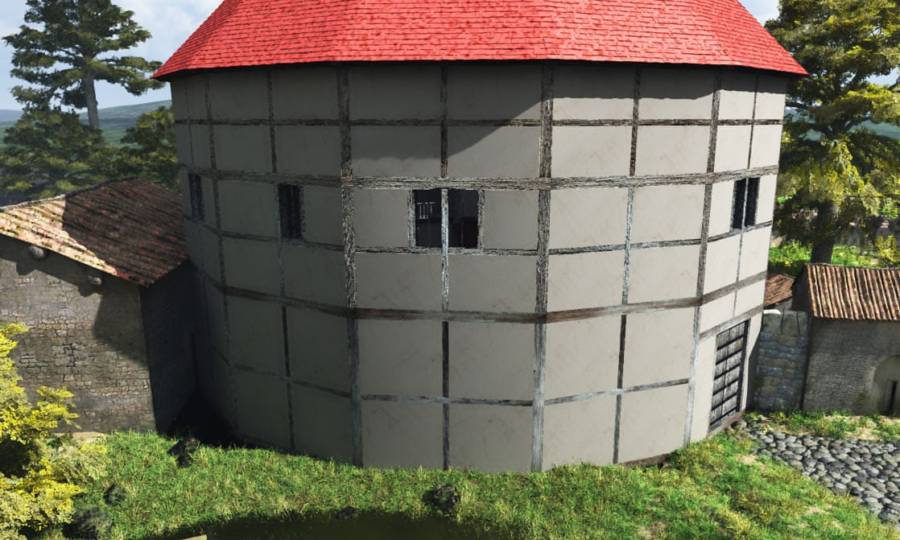 David Toon, Lee Sands and MOLAHow The Theatre was believed to have looked.

Heather Knight, the lead archaeologist on the dig, said that their recent excavation of the site has provided huge historical discoveries.

“It’s incredible to be back on site at The Theatre, it’s an internationally significant and iconic archaeological site and a really special place for archaeologists, historians, thespians and Londoners but especially for Shoreditch, London’s first theaterland,” Knight told MOLA. “It was the discovery of The Theatre that gave Hackney its first Scheduled Ancient Monument, hopefully, this dig will bring more amazing discoveries to light.”

The latest dig at the site revealed a large complex surrounding the theater which was designed by James Burbage, an actor, and entrepreneur. The Shakespeare plays put on at the theater could take more than four hours and so Burbage designed a way for audiences to socialize and move around during the long performances.

The exhibition, set to open in 2019, will feature a viewing window onto the in-situ remains of The Theatre. Recently discovered artifacts like an Elizabethan goblet, a one-of-a-kind fragment of pottery depicting a well-dressed, bearded man, and pieces of money pots used to collect fees will also be on display.

The space surrounding the playhouse remains will also be updated. A new wall mural depicting two of Shakespeare’s most famous characters, Romeo and Juliet, was recently unveiled and a statue of the playwright is planned to be erected on site as well, according to MOLA.

Gallus Studio/MOLAAn artist’s impression of what the new exhibition and museum space will look like.

The Theatre, which opened in 1576, has a unique history as one of the first playhouses to portray Shakespeare’s work. According to The Guardian, the playhouse was built by Burbage with money from his brother-in-law and constructed on top of an old nunnery.

It had a polygonal, three-tiered structure made of brick and stone. During the excavation of the complex, broken beer bottles, nutshells and seed and fruit pips were found in the ground, which provided evidence of the rowdy crowds that frequented the plays.

The Theatre met a quick end near Christmas 1598 when Burbage’s sons demolished the theater overnight after conflicting with the landlord, according to Smithsonian. The timbers were then sent across the Thames River and used to build the Globe, the famous historical theater most commonly associated with Shakespeare.

The remains of The Theatre hold rich historical secrets of a time when most of the world had yet to hear of William Shakespeare. Once the new exhibition opens, the public will get to see one of the most important pieces in the history of theater for the first time in over four centuries.

Next, read about a heavily debated topic: was Shakespeare real? Then, discover the Kinetic Machine Theater, known as one of the most ominous and haunting places in Scotland.