Lindy Hop: The Dance That Defined The Golden Age of Jazz

The steps to the Lindy Hop didn't actually include any hopping, but they did jumpstart a fantastical dance craze throughout the Jazz era. 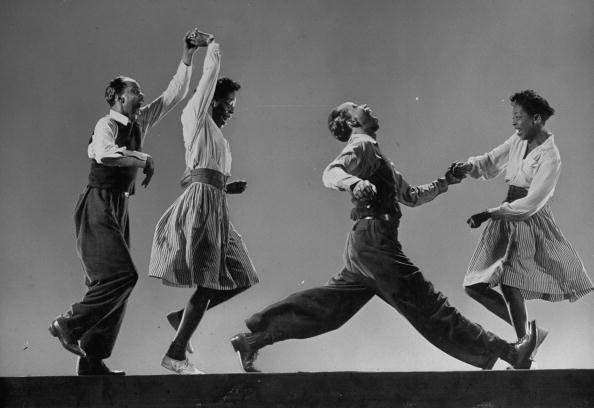 Partner dances are a fairly recent development in the history of mankind. Although there were some exceptions, for the most part, physical contact between partners was limited to hands only. It wasn’t until the waltz caused a sensation in Vienna in 1814 that men and women really began to hold each other on the dance floor and opened up a whole new wave of opportunities for young men and women to engage.

A Brief History Of Partner Dances Before The Lindy Hop

As the decades went on, partner dances got wilder. The ragtime dances of the early 20th century such as the “Grizzly Bear” and “Turkey Trot” each had brief bouts of popularity, but it wasn’t until the Charleston came along in the “Roaring 20s” that a new type of dancing was born. Anyone could learn the steps and choose their own partners regardless of social class, or even color. 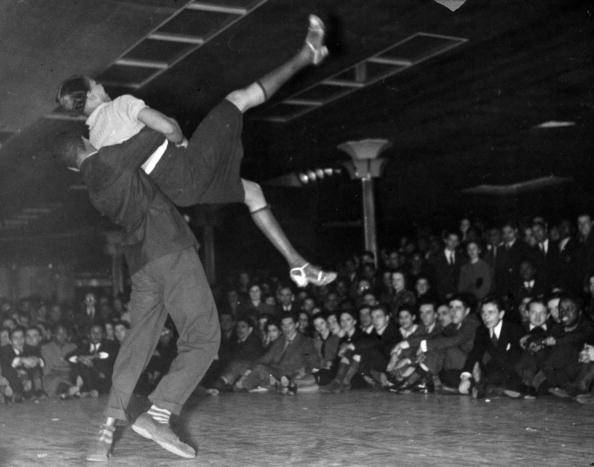 It’s uncertain exactly how the Lindy Hop originated, but it does seem to have been influenced by the Charleston and even the Turkey Trot. Some historians speculate that it was the result of a mixture of African rhythms and “structured European dances.”

There is also a theory that it was spawned from black entertainers mocking formal white dances and that the spoofing routine actually became a popular dance on its own. Whatever its origins, the Lindy Hop had its heyday in what was perhaps the epicenter of the Golden Age of Jazz: the Savoy Ballroom. 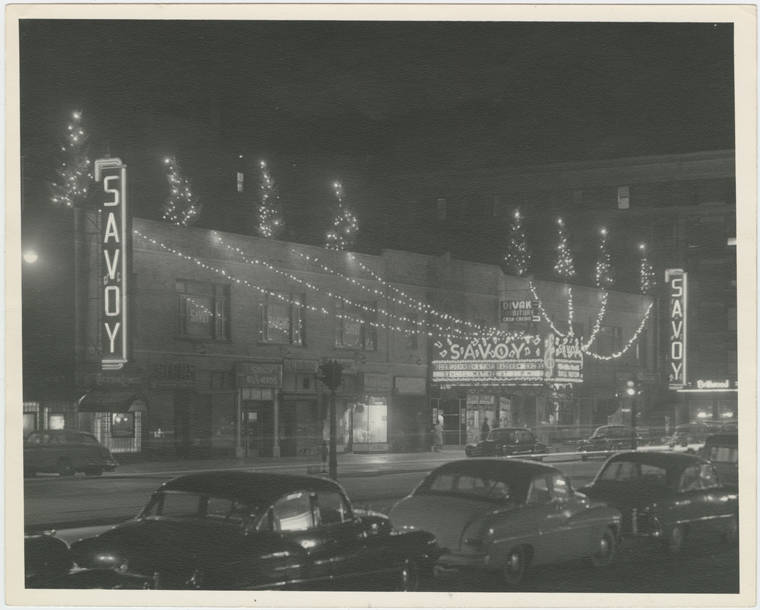 Where The Dance Was Popularized

Ballrooms were hugely popular in New York City in the 1920s since they offered a fairly cheap night with recorded music, which at that time was not yet widely accessible.

The Savoy on 141st street in Harlem became the city’s most famous ballroom not only because of its enormous size (it spanned a whole block and could accommodate around 5,000 people) but because it was one of the few integrated clubs. Since the biggest names in jazz were African American, black and white dancers would flock to the Savoy in droves to see their favorite performers, including Duke Ellington, Cab Calloway, and Count Basie.

What was special about the Lindy Hope was that it left room for the dancers to improvise. The Savoy and other ballrooms would often host competitions and dance marathons where guests would compete against each other and come up with wild variations on the moves.

The dance allegedly got its name at one of these dance marathons when in 1927 a reporter asked the famous dancer George “Shorty” Snowden what the dance he was doing was called. Inspired by pilot Charles Lindbergh’s recent solo “hop” across the Atlantic, Shorty George replied “the Lindy Hop” and gave the new dance craze its name. 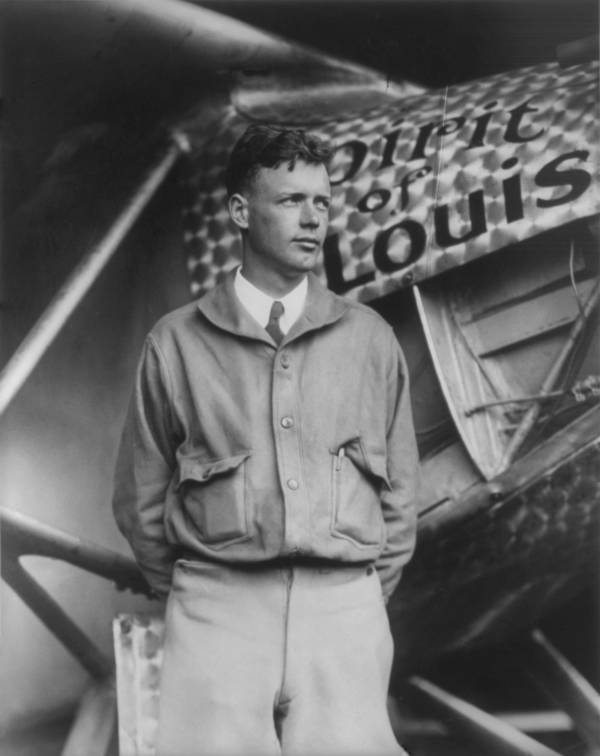 Wikimeda CommonsThe Lindy Hop supposedly got its name from the craze surrounding Charles Lindbergh’s solo flight across the Atlantic.

The most famous “Lindy Hoppers” of the day belonged to a dance group known as “Whitey’s Lindy Hoppers.” The group, composed of the best dancers at the Savoy, was headed by Herbert White, and together they immortalized the dance both in competitions across the country and on film.

Whitey’s Lindy Hoppers perform in the Marx Brothers movie “A Day at the Races.”

But the fate of the Lindy Hop was inextricably tied with that of the Jazz era. As Jazz faded in popularity, the Lindy Hop was replaced by dances that better accommodated the growing musical taste of the time, swing and jitterbug.

Legacy Of The Lindy Hop

The Savoy closed its doors for good in 1958 but the Lindy Hop did have a brief revival three decades later.

In the 1980s, a group of dancers came across old footage of Whitey’s Lindy Hoppers and tracked down some of the original dancers. Dancers such as Frankie Manning, who had frequented The Savoy during the heydey of the Lindy Hop, came back into the spotlight and instructed the new generation. 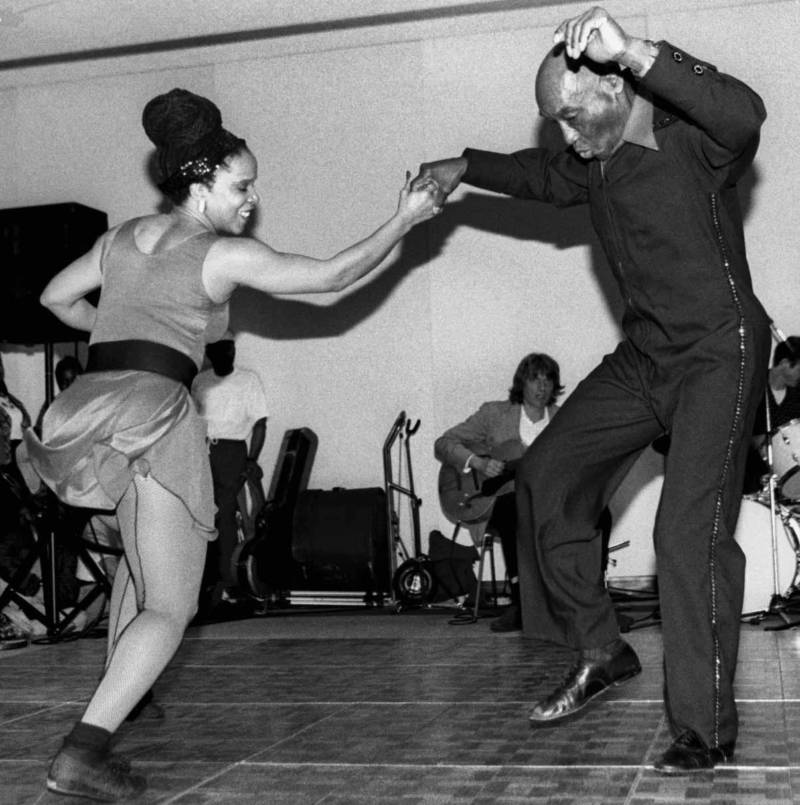 The revival of the Lindy Hop in the 1980s sparked an interest in the vintage dance craze that continues to this day in the form of classes and international competitions.

Next, hop over to this look at New York City in the roaring 20s. Then, read about how Martha Graham forever changed dance.