"I am a normal person but I look different from others ... I feel good as I am." 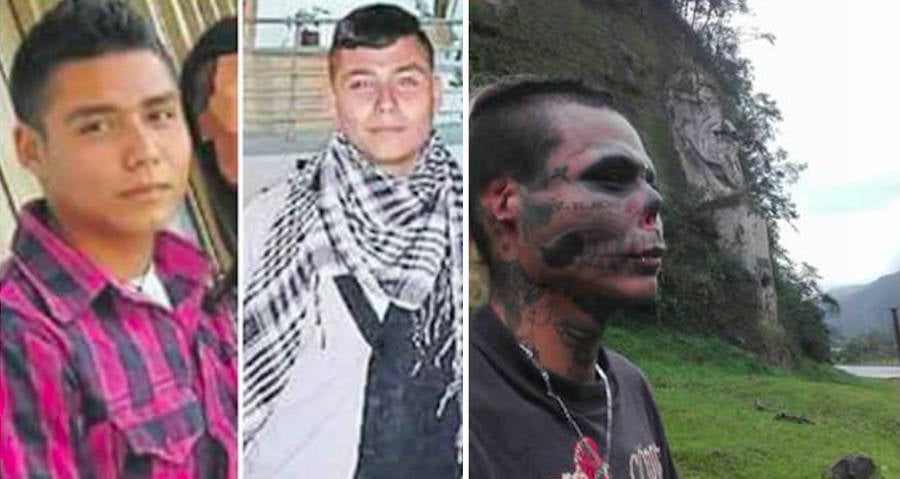 A man in Colombia has taken another step in his journey to become a living skull.

Tattoo artist “Kalaca Skull” became the first person to ever have his nose and ears voluntarily removed and its all a part of his dream to become a skull, according to the Irish Post.

Originally known as Eric Yeiner Hincapie Ramirez, the 22-year-old first went under the knife after his mother died. He said that he held off on undergoing any extreme body modifications before her death because his mother did not approve of them.

From a young age, Kalaca had been fascinated with skulls. He told Colombian news outlet Rio Noticias that his procedures to transform himself into a living skull are a “dream come true.”

One of the first procedures Kalaca had done was the removal of the lower portion of his nose and his ear lobes. After that, he went back under the knife to have his tongue forked and then dyed it a blue-grey color, according to the Irish Post.

He also has gotten several tattoos to help him achieve his desired skull-like look. Large black circles are tattooed around his eyes to resemble skeletal eye sockets and large teeth have been inked onto his face surrounding his mouth.

His hair is shaved into a unique mohawk style, allowing several tattoos on top of his head to be seen as well.

Kalaca has received some backlash over his controversial decision to mutilate his body but he told Rio Noticias that he is free to live his life the way he chooses.

“Body modifications are a personal decision and should not be judged,” he said. “It is like judging a woman for getting breast or buttock implants.”

The 22-year-old said he has a deep connection to skulls, a feeling he’s had since childhood.

“For me, a skull is like my sister, a part of my family really, I feel very attached to them,” he told Rio Noticias.

While his unusual look might garner some wary stares and scared looks from strangers on the street, Kalaca said that he thinks they should get to know him better before passing judgment on him because of his looks.

“I am a normal person but I look different from others,” he said to Rio Noticias. “A way of thinking, of dressing, a different style of music; I feel good as I am.”

Kalaca said that he has other procedures planned to continue to morph himself into a living, breathing skull.

Now that you’re done reading about Kalaca Skull’s mission to turn himself into a skull, meet Adam Curlykale, the man who had his whole body tattooed and then had his nipples and genitals removed. Then, learn all about the myths surrounding Mr. Rogers’ supposed tattoos.