The process that's required to train baby elephants to give rides to tourists is devastatingly cruel. Now, animal rights groups and travel agencies are taking a stand against this practice. 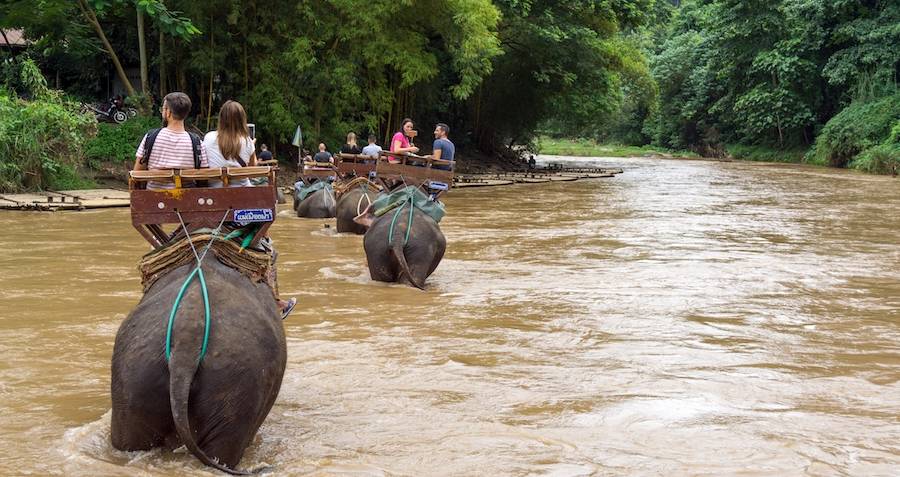 Baby elephants in Southeast Asia have become subjected to the practice of international trafficking. This trafficking is feeding Thailand’s booming tourism industry, where one of the most popular tourist activities is taking a ride atop an elephant through the jungle.

But once you understand the horrifying training process that’s necessary to make an elephant capable of giving these rides to humans, and the lengths that captors go to achieve this, chances are you won’t even think about wanting to ever experience an elephant ride in your life.

Elephant Calves Are Separated From Their Mothers

The first step in the elephant training process is for poachers to find baby elephants in the wild and separate them from their families. Baby elephants are highly sought after because they’re much easier to train, and thus will command higher prices on the black market.

Some poachers will go as far as to kill the calf’s entire family, namely the mother elephants that try to protect their young. This practice likely has contributed to the significant decline in the population of the Asian elephant over the last century. 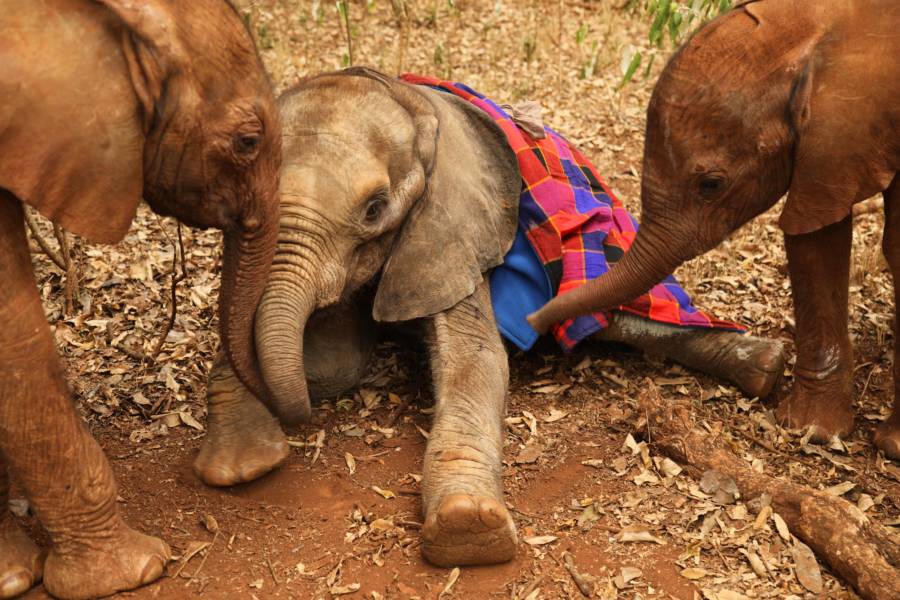 According to Trafalgar CEO Gavin Tollman, a travel and lifestyle brand, at one point the Asian continent was populated with more than 3.5 million wild elephants. Today there are only an estimated 415,000 wild elephants left. Elephants aren’t only harmed for tourism, but are also hunted for their ivory tusks — both of which contribute to the significant decline in their population over the past 100 years.

After poachers capture baby elephants, they’re subjected to a barbaric practice called “phajaan,” which essentially translates to “breaking of the spirit.” The goal is to render the calf totally submissive to humans, and as you may have guessed, it’s an incredibly cruel process.

Baby elephants are isolated and tied down, usually confined to a small cage where they have little or no ability to move. They are then subjected to extensive torture, which typically involved stabbing their bodies repeatedly with sharp objects or hitting them with pieces of wood.

This is done to train baby elephants to be afraid of humans and submit to their disposal completely — which has physical as well as psychological effects on the animal.

Nora Livingstone, founder of Animal Experience International, says of the “phajaan” process, “Imagine being a 5,000-kilogram [1,100 pound] social animal and only being allowed to walk two steps in either direction because of a chain around your leg that digs into your sensitive skin and causes you to bleed. And now, imagine being completely alone from your family.”

These baby elephants exhibit symptoms once this “training” is complete that can only be described as post-traumatic stress disorder, or PTSD. Kartick Satyanarayan, co-founder and CEO of Wildlife SOS, explains the elephants that are used for riding in India “have been observed as displaying behavior indicating extreme mental distress and deterioration, such as head bobbing and swaying.”

The staggering rate at which the elephant population has declined in Asia has alarmed animal rights advocacy groups as well as travel agencies. Intrepid Travel co-founder Geoff Manchester, a travel agency based in England, has explicitly asked tourists traveling to Thailand to not seek out elephant rides during their stay.

Intrepid Travel explains why they stopped elephant rides on their tours.

Manchester admittedly sold the elephant riding experience to his customers, but stopped doing so in 2014. “The evidence is so overwhelming that it had a big impact on all of us who’d taken elephant riding,” he said, stating that according to his own independent research, only 6 out of the 114 elephant riding locations treated the animals properly.

By 2016, about 160 travel companies have stopped offering elephant ride experience excursions, and TripAdvisor has stopped advertising such places entirely. 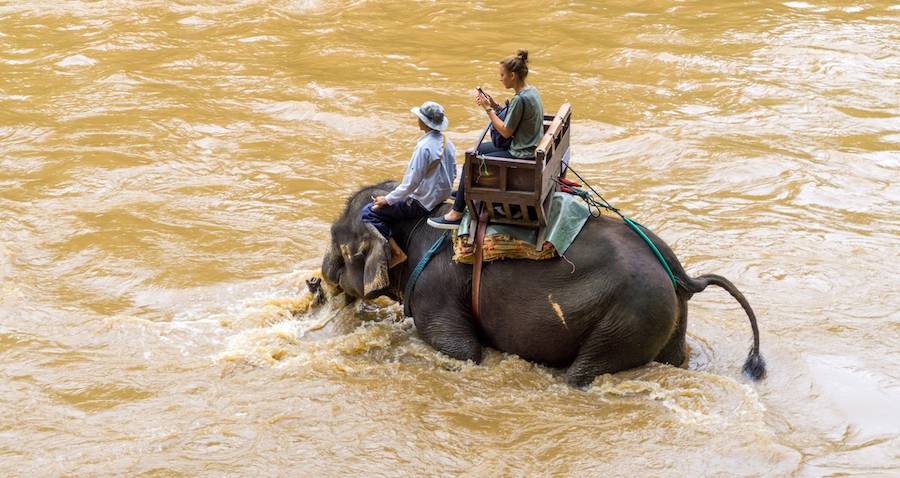 A tourists rides an elephant at the Maetaman Elephant Camp in Thailand.

The torture of elephants isn’t specific to Southeast Asia — the senseless killing and battering of elephants for commercial purposes is rampant across the world. Of the approximately 2,000 elephants that are currently being used for entertainment, about 200 reside in Africa.

Poaching elephants in Africa is most commonly done for the purpose of obtaining their ivory tusks, but training baby elephants to give rides to tourists is a trend that on the rise on the continent.

According to the London-based advocacy group World Animal Protection, there are currently 39 sites that offer elephant rides in southern Africa.

Vetting Your Elephant Experience While Traveling

While riding elephants is certainly out of the question, there are definitely other ways to experience these majestic creatures while visiting countries with elephant populations. One way is to look into travel agencies that explicitly state that they do not support elephant experience sites that they’ve found to abuse and torture their animals.

True elephant sanctuaries will never offer rides, forced tricks, or anything that might humiliate the animal, according to Wildlife SOS’s Satyanarayan. “A reputable sanctuary will keep the interests and welfare of the elephants first and foremost. They’ll have veterinary staff on hand. And they’ll be known for truly rescuing elephants from abusive situations.”

Next, read this story about an elephant that trampled his intended poachers in self defense. Then, check out this study that shows that elephants migrate to different areas to avoid stress.