The human bone fragments were confirmed to belong to early modern humans who inhabited Europe 1,000 years earlier than was previously believed. 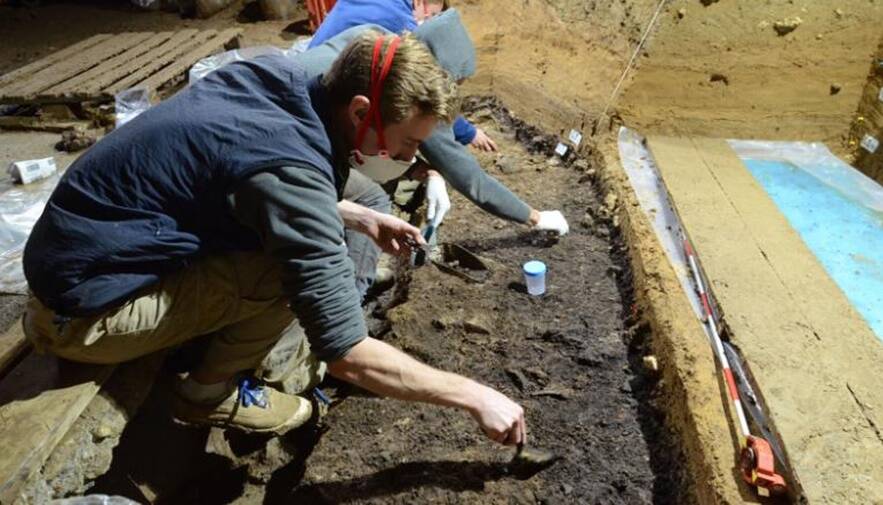 Scientists have long tried to piece together the timeline of the arrival of our ancestors, the first Homo sapiens, in Europe. Our species’ arrival eventually pushed out the Neanderthals, the indigenous occupants of the continent before us.

It was difficult to determine the precise timeline of events during this time, partly because human specimens from the Initial Upper Palaeolithic are so scarce. But a new study examining the oldest human remains found in Europe has given scientists clues.

According to Science Alert, these H. sapiens bones were uncovered in a Bulgarian cave site known to archaeologists as Bacho Kiro Cave, located at the foot of the Balkan Mountains.

The discovery of these modern human bone fragments was detailed in two separate papers in the journals Nature and Nature Ecology & Evolution.

Bacho Kiro Cave is known to be rich with Palaeolithic fossils. Excavations were performed at the cave in the early 20th century. But by the time the 1970s rolled around, many of the human bones that were found there had somehow been lost. 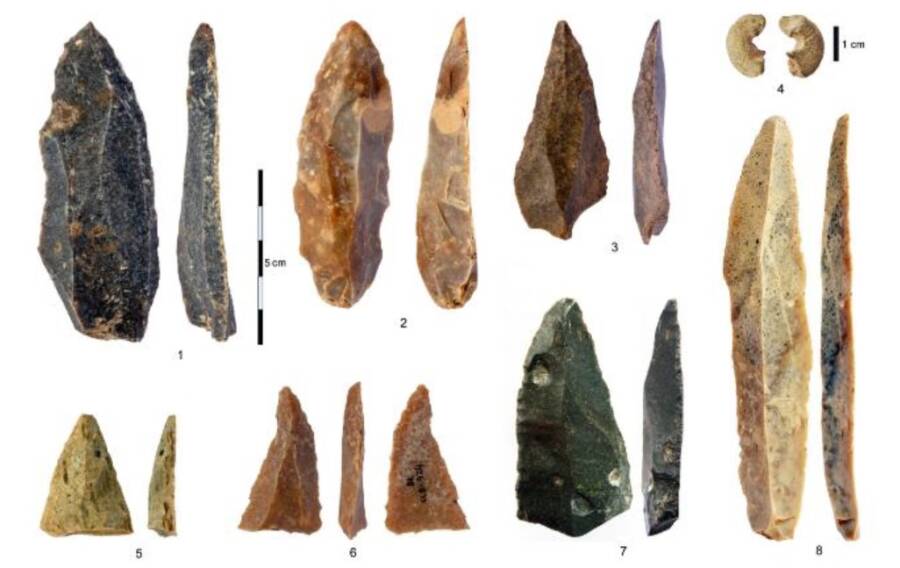 Tsenka TsanovaResearchers also found tools resembling those made by the last surviving Neanderthals.

New specimens were uncovered during 2015 excavations of the cave, resulting in the discovery of pieces of bones. The specimens found were so fragmented that scientists were unable to determine what species the bones had belonged to, or whether they were animal or human, through a quick physical examination.

They were able to quickly assess one tooth specimen as belonging to modern humans, but it was not enough for researchers to accurately determine that their bounty of fossils indeed belonged to H. sapiens.

The researchers brought their findings back to the lab for a proper analysis. They used a mass spectrometry technique called ZooMS to find protein sequences among hundreds of unidentified bone fragments that matched the H. sapiens species. They found that five of the bone fragments came from our modern human ancestors.

More shocking was the age of the fragments. Using a combination of methods involving radiocarbon dating and sequencing of mitochondrial DNA, the researchers estimated that these humans inhabited the cave roughly 45,820 to 43,650 years ago. Some of the remains could possibly even date back even further to 46,940 years ago.

The result established the bones as the oldest H. sapiens remains discovered in Europe so far which, in turn, provides scientists with the earliest date showing the presence of our species on the continent. The specimens push back the previously estimated date of our species’ arrival in Europe by at least 1,000 years. 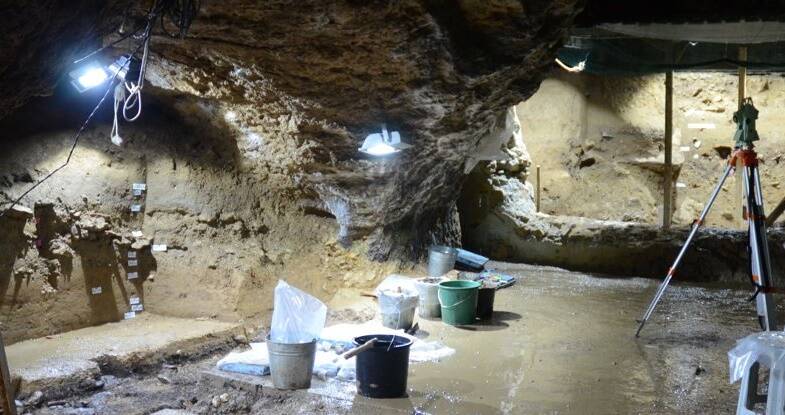 Tsenka TsanovaBacho Kiro cave is known for its rich deposit of fossils from the Initial Upper Palaeolithic period.

During excavations at the cave, scientists also found a number of tool items, including pendants made from cave bear teeth. The pendants closely resemble those made by the last Neanderthals of western Europe who went extinct about 39,000 years ago.

Researchers believe this signifies contact between the H. Sapiens and the Neanderthals.

“They exchanged genes but also techniques: The kind of pendants found in Bacho Kiro will be later also produced by the last Neanderthals in Western Europe.”

He added: “This early wave of modern peopling largely predates the final extinction of the Neanderthals in western Europe 8,000 years later…Such a chronological overlap of the two species in Europe indicates that the replacement of one species by the other was a more complex process than what has been so far envisioned by most scholars.”

Now that you’ve learned about the earliest evidence of our modern human ancestors’ presence in Europe, read about the 3,500-year-old disposable cup made by ancient humans that shows our ancestors weren’t too green, either. Then, check out the 40,000-year-old cave painting of a cow — the oldest animal drawing in the world.