"We are doing what human beings have always done but we are doing it on an unprecedented scale with materials that are going to take hundreds, if not thousands of years, to biodegrade." 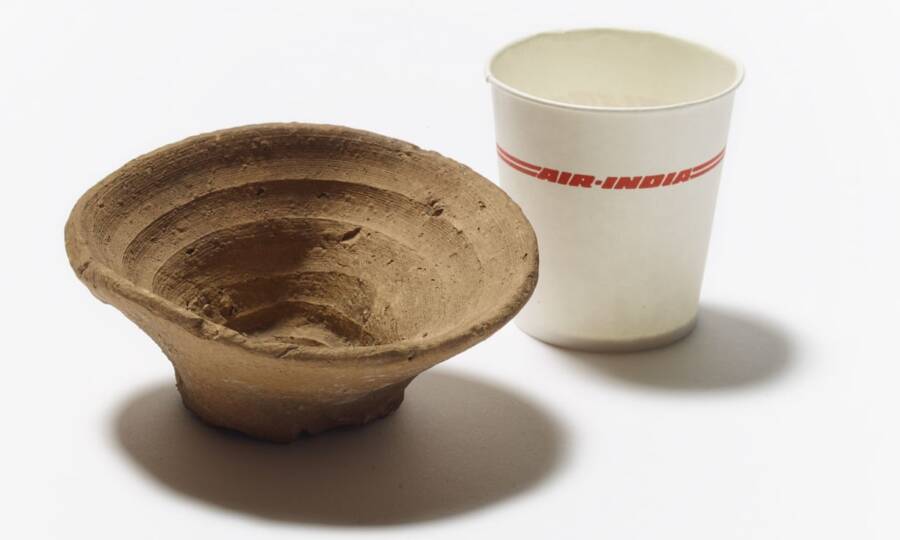 Trustees of the British MuseumThe ancient clay cup is 3,500 years old and was likely used to drink wine at Minoan feasts.

The discovery of thousands of ancient 3,500-year-old disposable cups seems to have put a swift end to the notion that modern civilizations introduced the throwaway cup. According to The Guardian, the clay vessels were unearthed from archeological sites on the Greek island of Crete.

One of the first advanced civilizations of Europe, the Minoans — who lived on Crete — most likely used the cups to drink wine, researchers believe. According to The Washington Post, one of these wine vessels will be displayed alongside a paper cup from the 1990s at the British Museum.

Equal parts endearing and depressing, the fact that we as a species have prioritized comfort over the environment for thousands of years is a striking reminder of how little we’ve changed. For British Museum curator Julia Farley, the exhibit will ideally leave people pondering their everyday choices.

“Just like us, they didn’t want to wash up,” said Farley. “In one way, it shows this universal desire for convenience. But today, we’re making more than 300 billion disposable paper cups every year as a species. It’s so completely different in terms of the scale.” 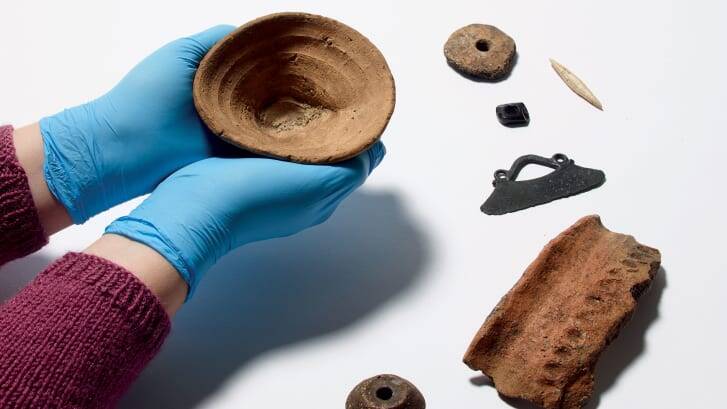 “People may be very surprised to know that disposable, single-use cups are not the invention of our modern consumerist society, but in fact can be traced back thousands of years,” said Farley.

The Minoans frequently gathered for parties at the palace on Crete. With lavish feasts and festivals, they thoroughly enjoyed their civilization’s successes and celebrated in style. Farley explained that “the elite were showing off their wealth and status” by hosting these events.

Unfortunately, sizable gatherings often lead to a diffusion of responsibility — and the Minoans were no different in this respect.

“People were getting together in large groups and much like today, nobody wants to do the washing up,” she said. “As well as being convenient, the cup was a means of showing off wealth because of all the resources ‘poured into making it.'”

As such, the disposable cup retained yet another inherent feature besides its convenience. Namely, that the very act of throwing it away meant one was well off. In that sense, one can see a culture of wanton disposable behavior not dissimilar from the one we see thriving today.

“This is a sobering message about scale and consumption and I think we need to find that balance, which humans have never been very good at finding,” said Farley.

A United Nations segment clarifying how much disposable garbage is dumped into our oceans.

“Human beings have always produced rubbish,” said Farley. “Making some rubbish is an unavoidable by-product of being human. We are tool-using animals. We wear clothes. Nothing lasts forever. It’s in the very nature of our existence that we make rubbish.”

Of course, while the Minoans made disposable cups, they were made of clay and at a glaringly smaller scale. They certainly disposed of them lazily, just as we do today, but they did so while building a remarkable Bronze Age civilization complete with palaces, art, and a written language.

As for us, the stark contrast is marked by excess and environmental indifference. As such, while we’ve clearly not changed too much regarding our behavior — perhaps we should, as our ability to damage the planet has definitely grown stronger over the years.

As Farley put it, “we are doing what human beings have always done but we are doing it on an unprecedented scale with materials that are going to take hundreds, if not thousands of years, to biodegrade.”

While researchers have thousands of these ancient clay vessels at their disposal, just one is confirmed to go on display next to its modern counterpart. Other items will include a fishing basket made from plastic wrapping, and photos depicting the pollution across the Pacific Ocean.

After learning about the ancient 3,500-year-old disposable Minoan clay cups, read about newly-discovered remains suggesting the earliest humans came from Europe, not Africa. Then, learn about the Greek farmer who accidentally discovered a 3,400-year-old Minoan tomb.