Bad News Alert: Bacon Will Kill You As Fast As Cigarettes

Evidence shows an undeniable link between bacon and cancer. 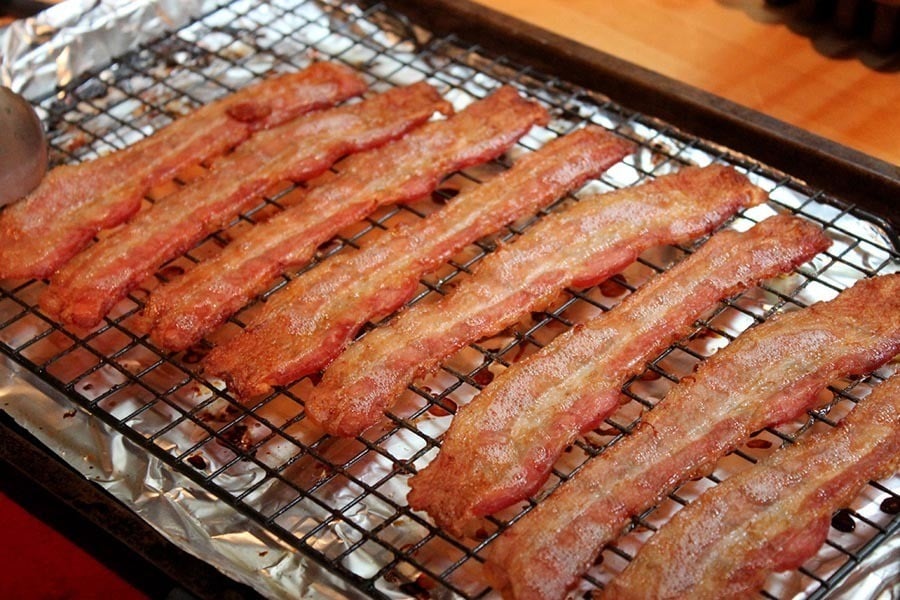 Bad news, bacon lovers, your favorite breakfast meat may just give you cancer. So confirms a comprehensive survey just published by the Guardian, itself following up on the bombshell report on the matter that you may recall from late 2015.

At the time, the World Health Organization (WHO) declared that bacon, sausages, and other processed meats cause cancer such that they were placed in the same group 1 carcinogenic category as arsenic, asbestos, and cigarettes.

“The WHO advised that consuming 50g of processed meat a day – equivalent to just a couple of rashers of bacon or one hotdog – would raise the risk of getting bowel cancer by 18% over a lifetime,” the Guardian wrote, adding that consumption of processed meats causes some 34,000 additional cancer-related deaths worldwide each year.

WHO made its decision after reviewing exhaustive evidence provided by 22 scientists and 400 studies from ten different countries. This information took into account data from several hundred thousand subjects.

At the core of all this research is the fact that processed meats — which include deli favorites such as pastrami, salami, some sausages, and hot dogs — are made by smoking, curing, salting, or adding preservatives.

When people consume large quantities of these additives, they are at risk of developing cancer — specifically bowel cancer, according to the World Cancer Research Fund.

“People who eat a lot of these meats are at higher risk of bowel cancer than those who eat small amounts,” wrote the NHS. Bowel cancer is the second most common cancer in Europe and the third most common worldwide, according to Cancer Research UK.

Following such scary news, bacon sales took a sharp dive, with “British supermarkets reported a £3m drop in sales in just a fortnight,” according to the Guardian.

However, several years after the initial report, sales have rebounded. Nevertheless, the Guardian warns, the danger of bacon is very real — even though the bacon industry has gone to great lengths to keep that from the public, a trend that continues to this day.

If you’re not sickened by the news, you can watch the video below on how bacon is made:

Next, read up on two of the world’s strangest foods: hakarl, the rancid and toxic shark dish from Iceland, and the Philippines’ balut eggs, where you can actually see the little duck’s face inside.