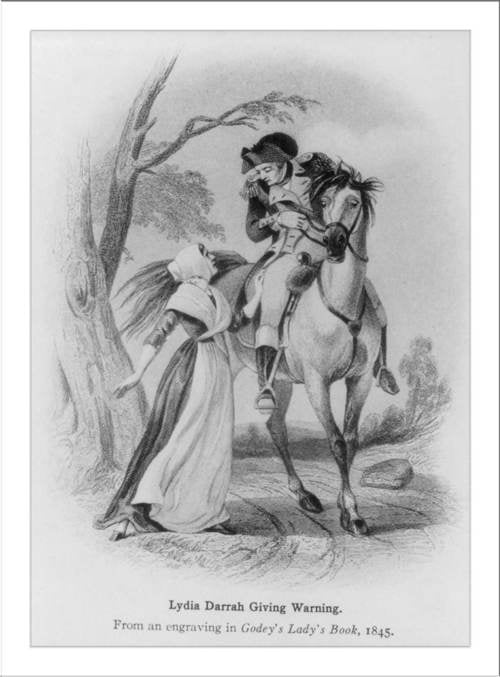 A 19th century engraving depicting Lydia passing on her information to an American officer. Source: Amazon

One night, British troops marched into Lydia Darragh’s Philadelphia home and knocked on her door. They forced her to let them use her house to hold a meeting. Troops ordered Darragh to make sure her family was all asleep, and to go to bed herself, but the defiant female crept downstairs and listened in on the meeting instead.

Good thing she did: the British army was planning a surprise attack on Washington’s men. The next day, without a word to anyone, she left her home alone and passed along the information to an American officer at a local tavern. As a result of her bravery, Gen. Washington was ready and able to fight off the advancing British. 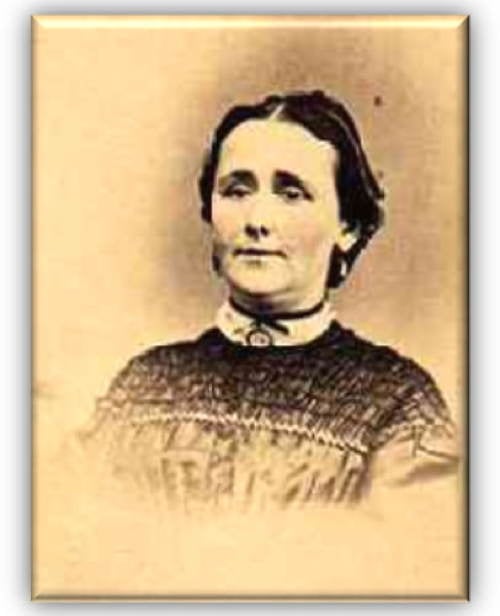 Catherine “Kate” Moore Barry knew the backwoods of South Carolina well. She became a scout for the Continental Army and would often ride her horse to their encampment to relay news. When the Battle of Cowpens began, there weren’t enough men on the colonists’ side. So Kate rode her horse through the backwoods, rounding up any roving bands of patriots she could find. Thanks in large part to her efforts, the Continental Army beat the British at Cowpens.