"He was looking for a rich, tough-minded female... someone who could stand up to the trauma of being buried alive."

In the winter of 1968, kidnappers seized college student Barbara Mackle very early in the morning, sealed her in a box underground, and demanded a ransom for her return. Mackle would then wait in silence for over three days until she was rescued. 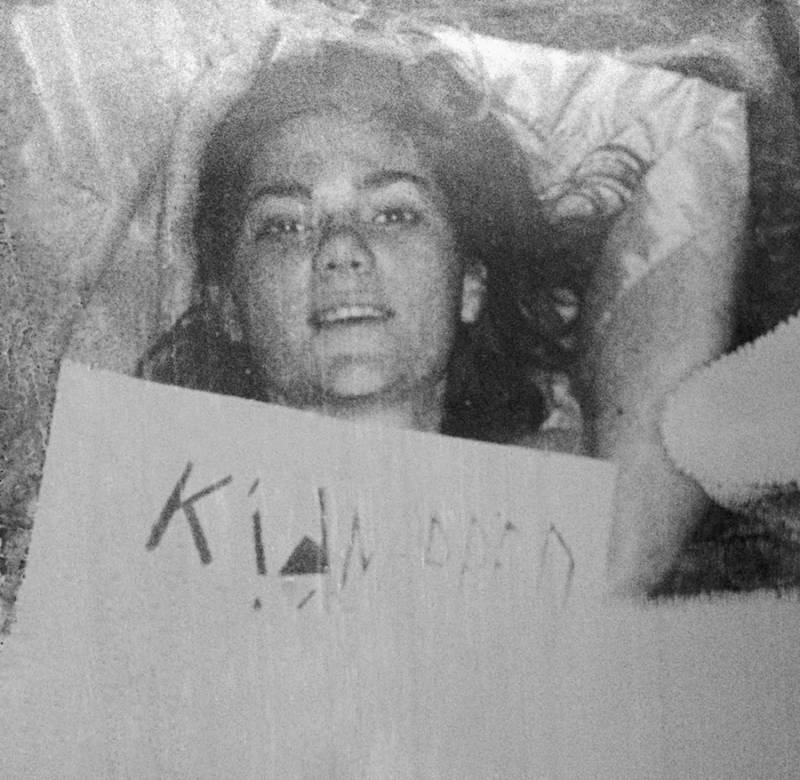 As miraculous as Mackle’s survival was, equally unbelievable was the destiny of her kidnapper.

It happened as Christmas approached in 1968. Barbara Mackle, a 20-year-old senior at Emory University in Atlanta and real estate heiress, had been hit with the Hong Kong Flu that had been circulating on campus. Mackle’s mother had driven to Atlanta to take care of her ailing daughter before bringing her back to their home in Florida for Christmas break.

The two were staying just a few miles from the campus at the Rodeway Inn in Decatur, Ga. At around 4 a.m. on Dec. 17, 1968, there was a knock on the door of their room. A man wearing a policeman’s cap claiming to be an officer told Barbara Mackle that her boyfriend Stewart Hunt Woodward had been in a car accident.

Once Mackle opened the door for him, the truth became clear. The man was no cop. His name was Gary Stephen Krist, a 23-year-old from Miami who was a research assistant at Sea World. And as it turned out, he had been stalking Mackle for months.

“He was looking for a rich, tough-minded female,” Krist’s parole officer, Tommy Morris, said later. “Someone who could stand up to the trauma of being buried alive.” 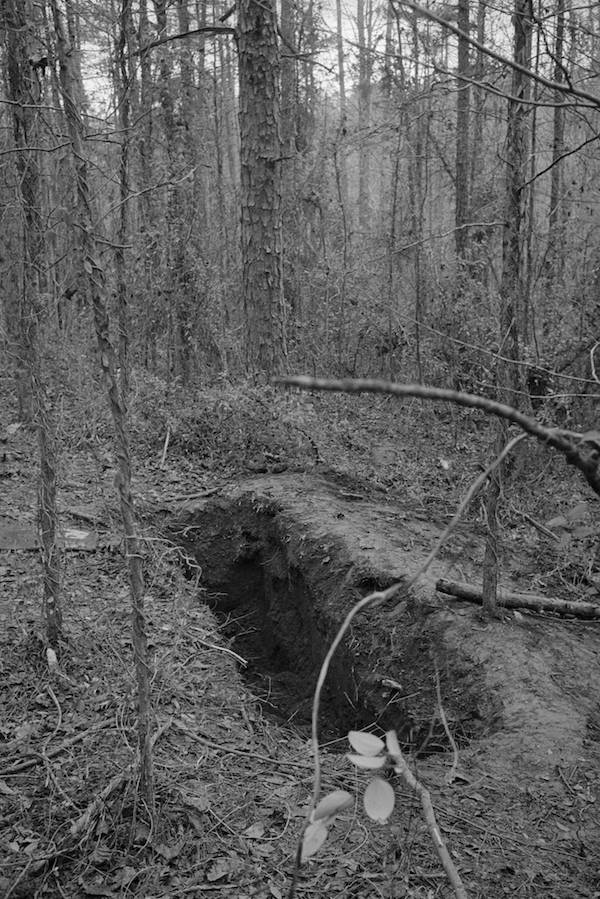 Gary Krist and his accomplice, 26-year-old Ruth Eisemann-Schier who was disguised as a man, rushed inside. The two criminals chloroformed Mackle’s mother which knocked her unconscious before tying her up. They then forced Barbara Mackle at gunpoint into the back of their waiting car, drove her to a remote pine forest about 20 miles away, and had her climb into a trench they had previously dug.

At the bottom of the trench was a strategically engineered fiberglass box. It had a pump and two plastic pipes that gave Mackle air from outside. It also had food, sedative-laced water, and a lamp.

Krist took a photograph of Mackle lying down in the trench while holding a handwritten sign that read “KIDNAPPED” to be used for a ransom note. Then, shoveling two feet of mud on top of the box, they buried her alive. Barbara Mackle would remain there for three days.

In the 1972 book 83 Hours Til Dawn, Mackle recalled the experience. “I screamed and screamed. The sound of the dirt got farther and farther away. Finally, I couldn’t hear anything above. I screamed for a long time after that.”

The Search And Rescue

Barbara Mackle’s father Robert was a wealthy developer in Miami. Krist and Eisemann-Schier contacted him and demanded a ransom of $500,000 (the 2018 equivalent of $3.5 million) in exchange for his daughter’s safe return.

In the note, the kidnappers specified that the ransom was to be put in a suitcase and that Robert had to make the drop in the woods alone. Additionally, he was to put a classified ad in the Miami Herald reading “Loved One – Please come home. We will pay all expenses and meet you anywhere at any time. Your family.”

Robert Mackle did as instructed. In return, Krist gave the F.B.I. – via a switchboard operator – the approximate location of the burial site.

After the ransom drop, the kidnappers took the money and fled by foot. Over 100 FBI agents then spread out in the area.

On the morning of Dec. 20, after being underground for 83 hours, Mackle’s burial site was located by searchers. Frantically, they dug up the box, and Barbara Mackle emerged and assured everyone that she was unharmed – a factor that may have spared Krist the death penalty.

Krist and Eisemann-Schier split up after they took off and still hadn’t been located. Unfortunately for Krist, he wasn’t particularly stealthy when it came to covering his tracks.

F.B.I. agents were able to track down the Volvo that Krist had abandoned. Paperwork inside the car led them to identify both Krist and Eisemann-Schier. 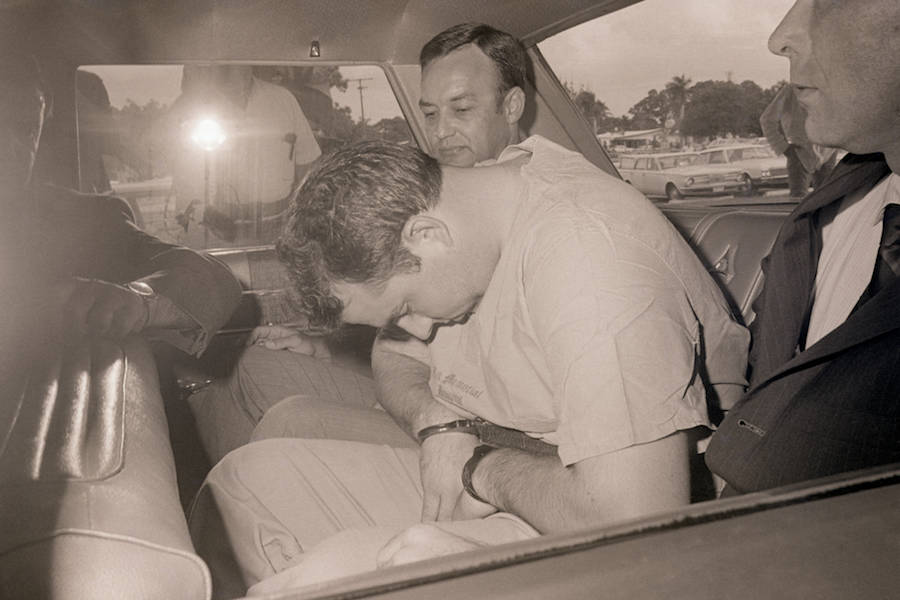 Bettmann/Getty ImagesGary Steven Krist handcuffed in an FBI car after being caught in Florida. 1968.

Within 24 hours, Krist was captured off the coast of Florida in a speedboat he had purchased with a portion of the ransom money. Eisemann-Schier was captured soon after. She was eventually sentenced to seven years in prison before being paroled and deported to her native Honduras.

Two months after his capture, Krist was sentenced to life in prison. But the story didn’t end there.

Gary Krist And Barbara Mackle’s Lives After The Kidnapping

After 10 years, Krist was released on parole. That wasn’t all, though. He was allowed to attend medical school in Grenada and Dominica, eventually obtaining a medical degree. He attempted to secure a medical license in Alabama, but the state rejected it.

However, in December 2001 he was approved by the Indiana Medical Licensing Board because Indiana law didn’t prevent convicted felons from obtaining medical licenses. The license was probationary and the board put a number of restrictions in place.

Krist worked as a physician in Indiana until 2003, when he failed to disclose a disciplinary action he received, thus costing him his license.

In 2006, he was arrested off the coast of Alabama when police found over 30 pounds of cocaine in a sailboat he was chartering. He pleaded guilty to drug smuggling and, despite his prior history, was only sentenced to five years in prison.

As for Barbara Mackle, she wound up marrying her college boyfriend, Stewart Hunt Woodward. The couple had two children and were married for 43 years until Woodward’s death in 2013. After the 1972 book, Mackle hasn’t spoken publicly about her kidnapping.

When Barbara Mackle was asked how she had endured the harrowing experience, she claimed she knew she wouldn’t die in that box, and imagined spending Christmas with her family.

Next read about the infamous story of Patty Hearst’s kidnapping. Then read these terrifying true storie of people being buried alives.