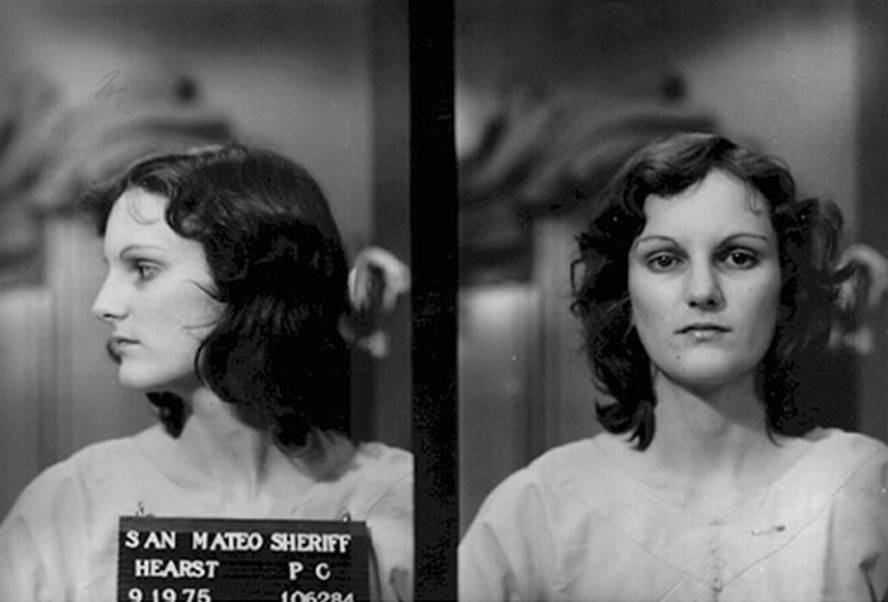 In 1974, a group of left-wing radicals calling themselves the “Symbionese Liberation Army” stormed into the Berkeley, California apartment of publishing heiress Patty Hearst and, after smashing a wine bottle across her fiancée’s face, dragged her away into the night. Who these people were and what happened to their “victim” after they ran off with her, has since become the stuff of American legend.

In the space of just a few months, a wealthy white woman from a famous family was abducted, converted to revolutionary Maoism, started making videos denouncing her own father as a pig and then joined her comrades in a series of violent bank robberies.

Later, when a third of her fellow revolutionaries died in a shootout with police on live TV, the manhunt for Patty Hearst occupied daily media coverage and finally ended with “Comrade Tania,” as she now called herself, being captured and charged for her crimes.

The Revolutionaries Of The Symbionese Liberation Army 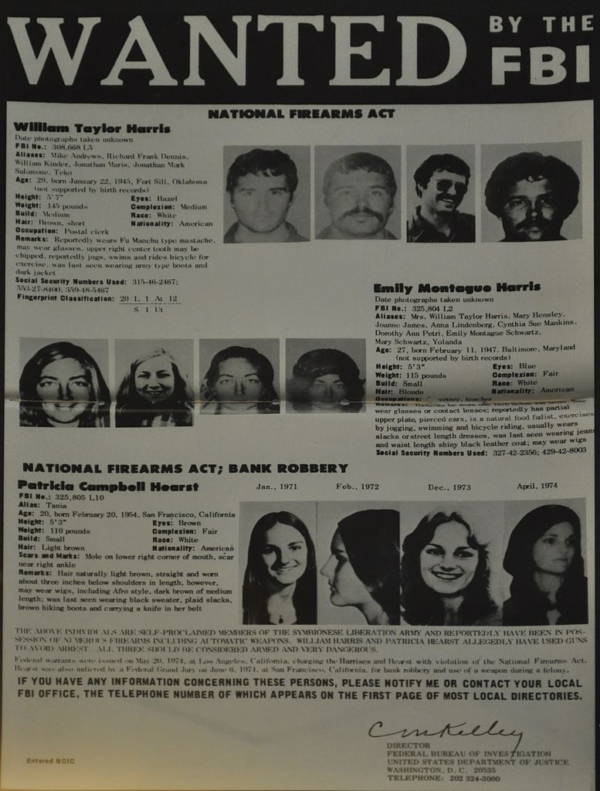 In 1973, a small group of young, radical, self-proclaimed anti-fascists in California founded the Symbionese Liberation Army (the group had existed in a nascent form since 1971, according to some).

Most were former Berkeley students like Nancy Ling, who came from an upper-middle-class family in San Francisco and got an English degree in 1967. In 1973, she was working at an orange juice stand on the Berkeley campus.

Camilla Hall was a social worker from Minnesota who had quit her job and moved to Berkeley, where she lived off her family’s trust fund and wrote radical poetry as well as created line drawings that she tried to sell on the street.

Another typical member of the group was Willie Wolfe, the son of an anesthesiologist from Connecticut who had graduated from a Massachusetts prep school in 1969 and went to Berkeley to study anthropology. While visiting prison inmates for a class, Wolfe, who had started calling himself Cujo, met a radical black bank robber named Donald DeFreeze, who would soon become the leader of the fledgling S.L.A.

Calling himself “General Marshall Cinque Mtume,” DeFreeze escaped from Soledad State Prison on March 5, 1973 by just walking away from a work detail and entering his new friends’ network of safe houses, where they sheltered him from police while he wrote various manifestos and designed the S.L.A.’s seven-headed cobra symbol.

Those manifestos and other assorted writings offered little in the way of a clear mission statement. “Death to the fascist insect that preys upon the life of the people,” read one communique widely offered up as the group’s motto. Otherwise, according to The New York Times, the group’s “splintered rhetoric on cultural, racial and sexual oppression was nearly random.”

Whatever the purported philosophy of the Symbionese Liberation Army, their actions under DeFreeze turned violent starting in 1973, when they killed Marcus Foster, Oakland’s first black school superintendent, for his “fascist” support of making schoolchildren in the district carry ID cards.

In fact, Foster opposed the ID card plan, which the S.L.A. presumably didn’t know when they shot him eight times with hollow-point .45-caliber bullets they had filled up with cyanide beforehand. That killing had other radicals in the area wondering what the S.L.A. was thinking.

By the end of 1973, with the Foster killing still in the papers, the S.L.A. decided to really grab some headlines by kidnapping Patty Hearst, famed heiress to the fortune of publishing magnate William Randolph Hearst, from her apartment.