The tragic murder of Julie Ward spawned a decades-long search for the truth that's still ongoing.

In 1988, Julie Ward set out on the trip of a lifetime. Taking a long break from her job in England, she was going to Africa to photograph wildlife in Kenya. A week before she was set to return home, she made one last journey into the Maasai Mara game reserve to photograph an annual wildebeest migration.

She would not return.

On Sept. 6 she was reported missing. Nearly a week later, her own father found her remains at the game reserve.

Ward’s father has been determined to find out what happened to his daughter. But resistance from the Kenyan government, rumors, and alleged coverups leave the death of Julie Ward a mystery to this day.

Julie Ward was born on April 20, 1960 to British parents John and Jan, who also had two sons.

As an adult, Ward was a publisher’s assistant in Suffolk, England. But she loved photographing wildlife. So much so that at 28-years-old, Ward decided to take an extended break to pursue her passion and quench her thirst for adventure.

Julie Ward Sets Out On A Journey

In February 1988, Ward left her home in England for a seven month trip to Kenya. She was staying in the capital of Nairobi. But in September she left the city for a trip to the Maasai Mara game reserve. She wanted to capture photographs of the annual Great Wildebeest Migration, where giant herds of wildebeest, gazelles, and zebras travel across Tanzania and move through the Serengeti and Maasai Mara.

Ward was accompanied by her Australian friend, Glen Burns. The two were driving a Suzuki jeep, which broke down during the journey. Burns had to return to Nairobi, so Ward spent the night alone at the Mara Serena lodge while the vehicle was getting repaired.

The next day, Sept. 6, 1988, she drove the jeep to the nearby Sand River camp they had been staying at to gather her camping equipment. It was the last time she was seen alive.

The Search For The Truth

After Julie Ward’s parents received the news that she was missing, her father John flew to Kenya to join in the search for her.

“I heard she was missing, a dreadful thing for any mother to hear. Fear takes hold of you, you become rigid … you can hardly move,” said her mother Jan in an interview 11 years after her disappearance.

John Ward found the mutilated remains of his daughter – her leg and part of her jaw – on Sept. 13 near a tree in the Maasai Mara reserve.

Kenyan authorities initially said that Ward had been killed by a wild animal such as a lion. But the theory didn’t make sense given that in addition to her body being dismembered, the remains were also burnt.

A British pathologist who also investigated the incident concluded that Ward’s body had been dismembered with a machete and doused in petrol before being set on fire.

In the wake of Ward’s mysterious death, a slew of theories circulated. According to one, she was killed by the son of a prominent politician she was having an affair with. Another theory, propagated by the Kenyan police, was that she had committed suicide.

Kenyan investigators were reluctant to call the death a murder and refused to conduct a homicide investigation. John Ward accused the Kenyan government of wanting to cover up a murder in order to protect the country’s tourism industry. 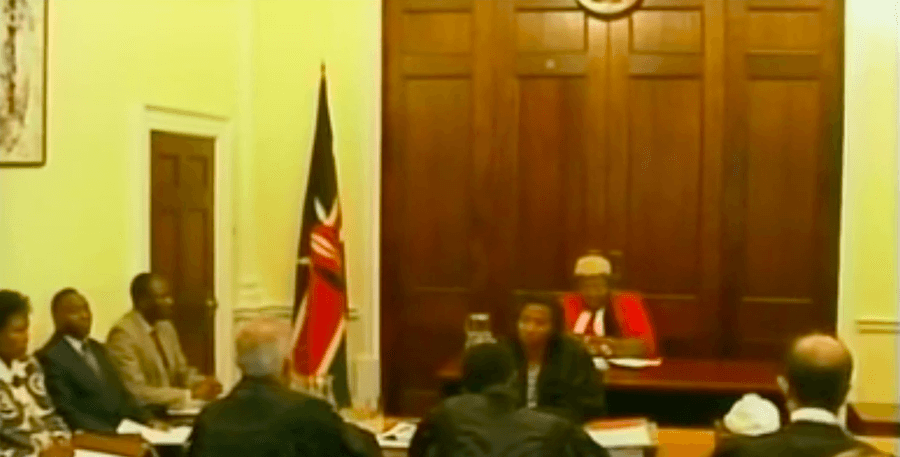 As a result, John Ward decided to launch an investigation of his own. Over the years, he has made over 100 trips to Kenya and spent over $1 million in a desperate search for the truth. It was simple: he wanted to know what really happened to his daughter. 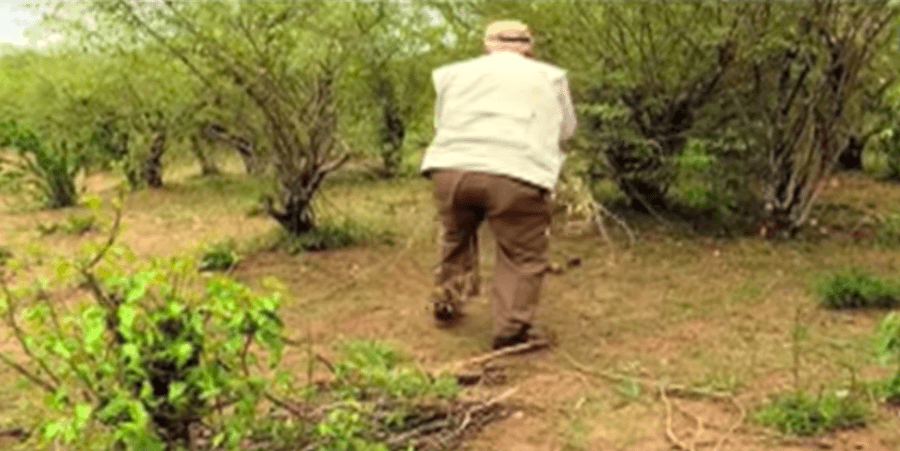 YouTubeJohn Ward revisits the location where Julie Ward was found.

The initial investigation led to the conclusion that two park rangers were responsible for the murder. But after a 1992 trial in Kenya, the rangers were acquitted.

In 1997, a new team of Kenyan police officers reexamined the case. The head warden of the Maasai Mara at the time of Julie Ward’s death, Simon Makallah, was accused of murder and tried in court. In 1999, he too was acquitted.

“I was charged in a court of law for a crime I knew nothing about. I was tortured, I have been traumatized, but I never killed Julie Ward,” Makallah said. “I never knew her and I never saw her. That is all.”

In 2004, a former Kenyan intelligence officer claimed that he witnessed Julie Ward’s murder. He said in an anonymous interview with a Kenyan newspaper that three men on the reserve brutally gang-raped and murdered Ward.

According to the former officer, she was ordered to drive her jeep several miles away from the Sand River camp, where it was strategically placed in a gully. She was then forced to draw an ‘SOS’ mark in the sand to make it look as though she had gotten into an accident and was desperate for help.

“The things that I saw will live with me till I die,” said the officer.

YouTubeJohn Ward during one of his trips to Kenya.

In 2009, John Yates, the Commissioner of the London Metropolitan Police Service at the time, made a secret trip to Kenya and reopened the 21 year old case. Yates was convinced that advances in forensic science techniques would help solve the murder once and for all.

“I welcome the new inquiry,” John Ward said at the time. However, nothing conclusive has come out of the new investigation.