Nazi Camp Guard Maria Mandl Sent 500,000 Women To Their Deaths – And Loved Every Minute Of It

Maria Mendl was a violent female guard who rose the ranks at the infamous Nazi concentration camp Auschwitz. She was known for her quick temper, cruel punishments, and ruthless beatings, all of which earned her the nickname "The Beast." 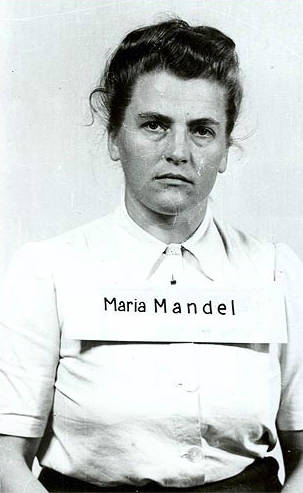 Wikimedia CommonsMaria Mandl (with her name incorrectly spelled on a placard) after her arrest by American forces in 1945.

Known for being one of the most ruthless guards during the Holocaust, Maria Mandl’s violent whims earned her the nickname “The Beast.” As she grew increasingly comfortable in her role, Mandl’s heavy hand and quick temper helped her climb the ranks of multiple Nazi concentration camps until she earned the title of chief guard.

While she would eventually pay for her crime against the thousands of Jewish prisoners under her control, those who survived are still haunted by the memory of Maria “The Beast” Mandl.

Born on Jan. 10, 1912, Maria Mandl grew up in Upper Austria as the daughter of a shoemaker. When Austria was annexed into Nazi Germany in 1938, she relocated to Munich. That same year, she was amongst the first group of women to volunteer to work as staff in Nazi concentration camps through the League of German Girls program.

Mandl began her career as an Aufseherin, or female guard, at Lichtenberg, one of the earliest camps and the first to be used exclusively for female prisoners. She worked there with 50 other women for a year until she was sent to a newly opened women-only camp near Berlin called Ravensbrück.

She officially joined the Nazi party in 1941 and was quickly promoted to Oberaufseherin, or chief guard, after showing an early enthusiasm for the work. Her brutality set her apart from other female workers.

Mandl’s penchant for using physical violence to keep prisoners in line left a huge impact on those she brutalized.

The Beast Earns Her Nickname

In the 2017 book “Irma Grese — ‘The Beast of Belsen] & Other Twisted Female Guards of Concentration Camps,” Holocaust survivor Lina Haag recalled how Lichtenberg inmates would be beaten for the slightest infraction.

Prisoners were stripped naked and tied to wooden posts, where Maria Mandl “would then beat us mercilessly until she could no longer lift her arm.”

One prisoner recounted in the 2015 book “Ravensbruck: Life and Death in Hitler’s Concentration Camp for Women” how Mandl and her fellow guard Dorothea Binz “preferred to beat people themselves rather than have someone else do it.” That level of violence earned her the nickname the Beast.

Mandl would go out of her way to find reasons to savagely beat the inmates. One of her preferred methods was to look for women who had curled their hair, which was against the camp’s regulations. If she found a single curly lock on a prisoner, she would kick her to the ground and beat her around the head. And if she was in a particularly evil mood, she would shave their heads and parade them around the camp with a sign around their neck that read: “I broke the rules and curled my hair.”

Survivor Maria Bielicka reported that she once witnessed Mandl kick a fellow inmate to death for doing “something wrong.”

In contrast to her insatiable bloodlust, Maria Mandl was described as highly intelligent and sophisticated. She enjoyed literature and fine cuisine, but she was perhaps most famously known for her taste in music.

Bizarrely, shortly after Bielicka had watched her mercilessly kill a prisoner during roll call, one of her friends reported hearing “the most beautiful music” while cleaning the guards’ quarters. A senior guard at Ravensbrück had a piano, and Bielicka’s friend found Mandl playing it, “lost in a world of her own – in ecstasy.” 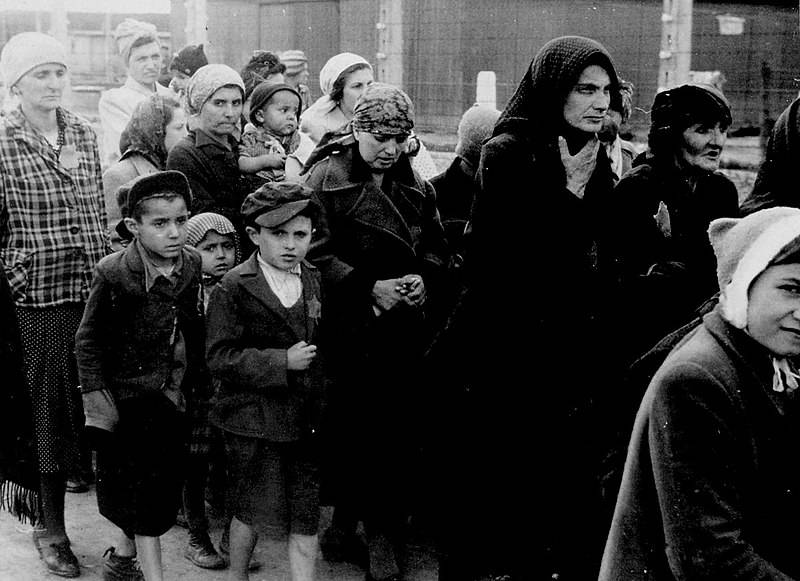 In 1942, Mandl was sent to work at the infamous Auschwitz II-Birkenau where she oversaw all female inmates.

It was there that she indulged her love of classical music by setting up the Women’s Orchestra at Auschwitz, which consisted of inmate musicians who were often spared from the gas chamber. The orchestra would perform for in all weather conditions and for hours during roll calls, selections, transports, and executions.

Heinrich Himmler was said to be a great admirer of Mandl’s orchestra and the sadistic Dr. Josef Mengele was reportedly brought to tears by some of their music.

The Beast’s Reign At Auschwitz

When Maria Mandl took over as SS-Lagerführerin of Auschwitz — also known as the camp leader — she had total control over both the female prisoners and subordinates. Even though she could never outrank a man, the only one she reported to was the commandant.

In addition to doling out punishments, Mandl was responsible for choosing which prisoners were sent to the gas chambers. During her time at the infamous camp, she sent an estimated 500,000 people to their deaths.

Mandl took a savage pleasure in her job of selecting women, and particularly children, to be gassed.

In “The Beast of Belsen,” survivors account for how sometimes she would pick prisoners as “pets” and have them work for her personally, only to send them to be murdered as soon as she was tired of them.

One of them recalled how Mandl had once selected a child whom she dressed up “in fine clothing, parading it around like a puppet.” The child was constantly by her side, holding her hand until she grew tired and threw the little one into the gas chamber. 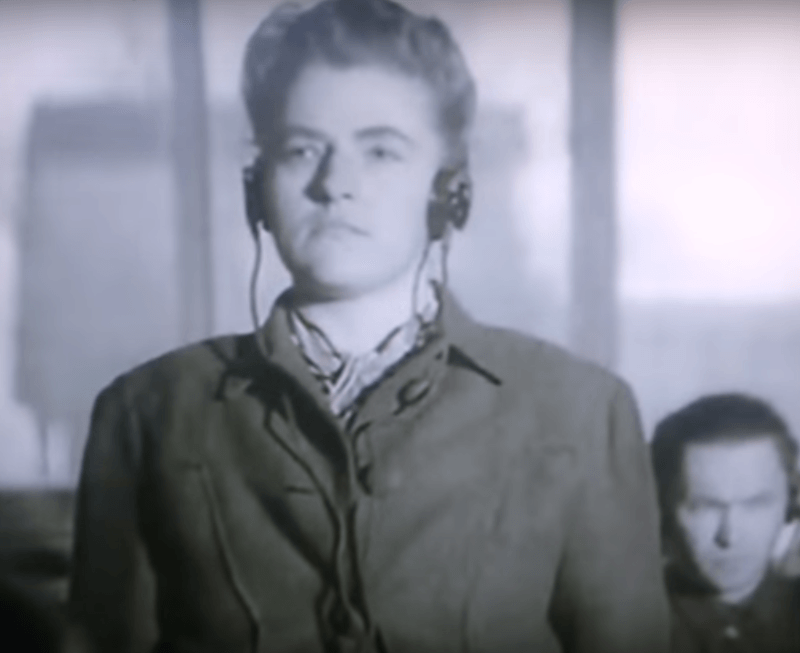 YoutubeMandl during her trial in Poland

Maria Mandl’s reign of terror came to an end as the Allies advanced into Germany.

In 1945, she was captured by the American forces after attempting to flee to Bavaria. She was finally made to account for her crimes at the Auschwitz trial in Krakow in 1947.

Mandl was declared a war criminal for her role in the torture and murder of countless prisoners. She was executed at the age of 36 by hanging in Jan. 24, 1948.

After reading about Maria Mandl, read how Dachau concentration camp guards received their comeuppance. Then see these haunting photos of history’s first genocide during the Boer War.