Meet Barbro Karlén, The Swedish Writer Who Claims To Be The Reincarnation Of Anne Frank

Barbro Karlén believed she was different as a child but didn't know why until she read the diary of Anne Frank — and realized she had lived as Frank in a past life. 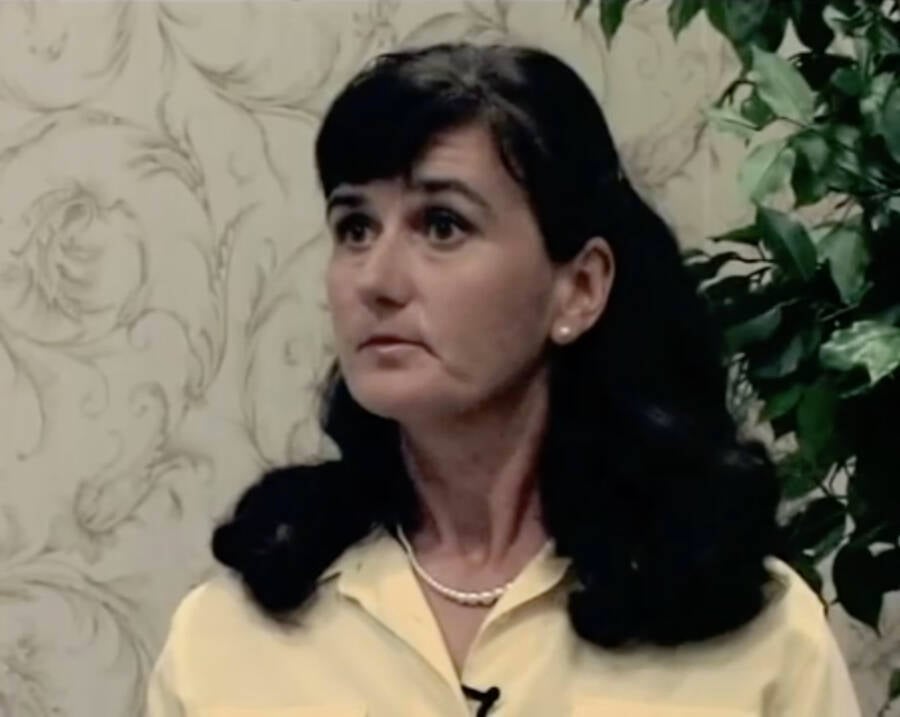 YouTubeBarbro Karlén claims to remember details from Anne Frank’s childhood before the Holocaust.

Throughout history, many have questioned whether reincarnation can happen, either from generation to generation or across time. And Swedish writer Barbro Karlén is one of many who believes it exists.

Not only that, Karlén has become an international sensation for believing she is the reincarnation of Anne Frank. Even more incredible is that a member of Anne Frank’s family came to believe it before he died, too.

Barbro Karlén Showed Signs Of Being Different From An Early Age 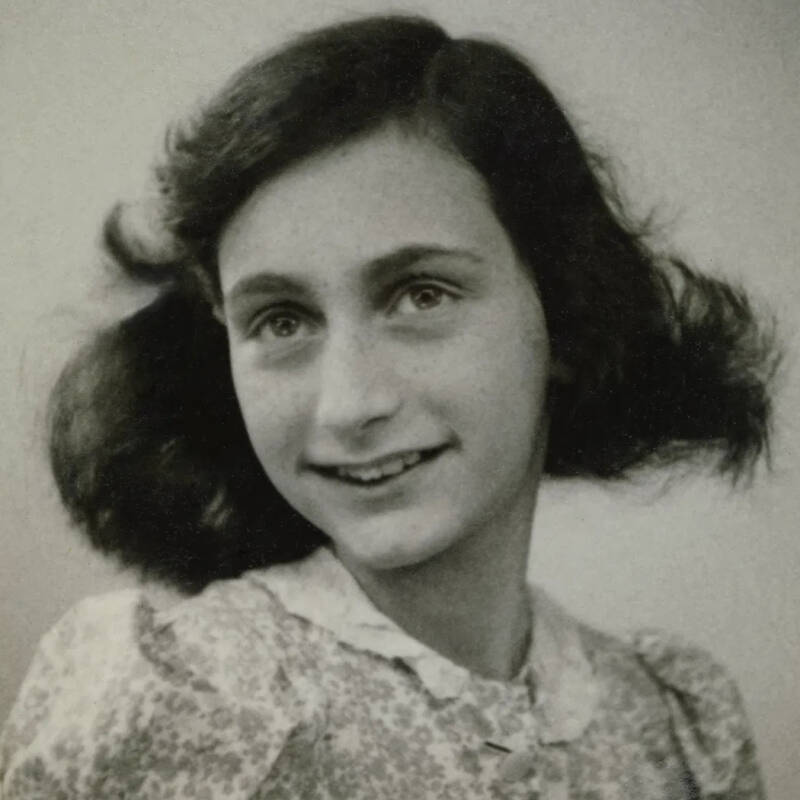 Barbro Karlén was born in Sweden in 1954. From a young age, she felt something was wrong, like she did not fit into her family. Her parents dismissed her insistence on being called “Anne” as typical childhood make-believe antics.

According to Barbro Karlén’s website, she soon began asking them where her parents were and believed that her birth parents were not her real parents. She often asked about the whereabouts of Margo and other people the family did not know.

The family had no answers for her. When she was born, Anne Frank’s story was still relatively unknown, as she had died at the Bergen-Belsen concentration camp just nine years before. Though Anne Frank’s diary was published in Dutch in 1947, the English-language translation wouldn’t become a best-selling book for several more years.

As Barbro Karlén got older, her questions about her “real” family only came faster, and she insisted that she was not Barbro. Though her family still believed she would grow out of her belief that she was someone else, they took her to see a psychiatrist, who could not find anything to diagnose.

Why Barbro Karlén Thinks She Is Anne Frank Reincarnated 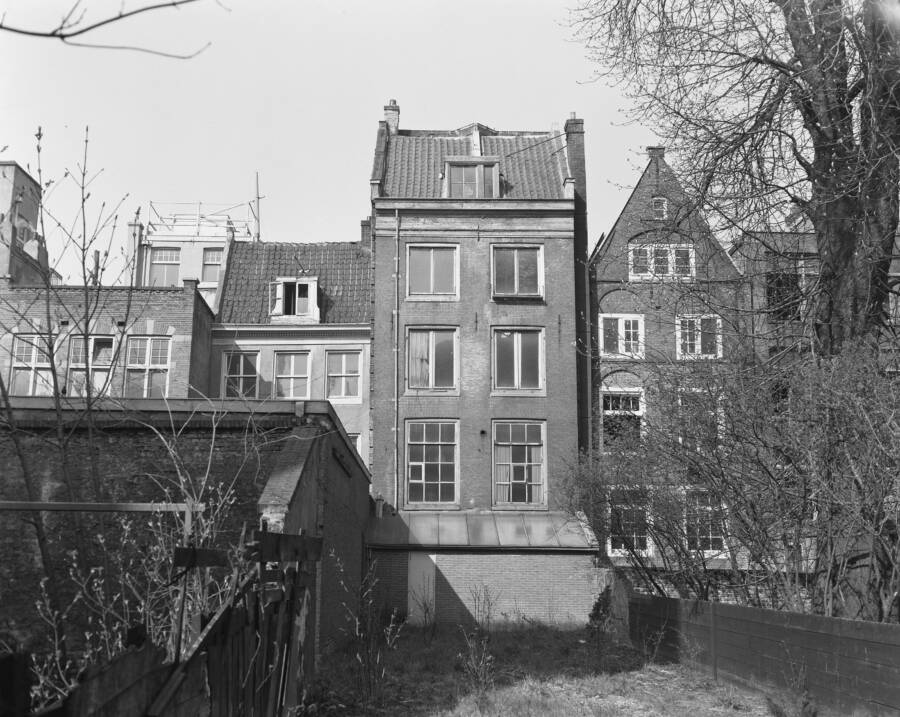 Dutch National ArchivesAnne Frank and her family went into hiding in Amsterdam on July 6, 1942. They were discovered two years later. Anne Frank’s father Otto was the only survivor following the liberation of the concentration camps. This photo of the house was taken in 1957.

As Barbro Karlén made her way through school, she was introduced to Anne Frank in class during the 1960s. Like many students learning about the Holocaust and concentration camps for the first time, Karlén was shocked upon hearing Frank’s story.

But while her classmates’ feelings stemmed from hearing the atrocities for the first time, Karlén’s surprise came from just how much her teacher knew about her real family and her life before she went into hiding. As she researched Anne Frank and read her diary for the first time, Barbro Karlén discovered how much they had in common.

They both enjoyed being outside, reading, and wanted to be writers. They had similar facial features and traits. Most surprisingly, Karlén’s fears seemed to relate to Frank’s experiences, including aversions to men wearing uniforms, taking showers, and getting her hair cut.

Karlén became a writing protege in her youth and believed that had Frank lived, she too would have been able to publish her writings. Her family still had their doubts, but since their daughter had no diagnosis, they let her continue to learn about Frank and listened to her claims.

A few years after her introduction to Frank’s story, her family vacationed in Amsterdam. By then, Frank’s story was known worldwide, and the secret annex she called home for the last years of her life had been transformed into a museum.

As Amsterdam is notoriously difficult to navigate for non-native travelers, Karlén’s father stopped for directions. According to Mysterious Universe, a local drew a map, but the family still seemed to struggle to find the Anne Frank House. Karlén told her family she knew how to get there, and with no better option, they followed her.

Karlén took them through a maze of back streets and alleyways with ease, and they arrived at the museum in half the time it would have taken them with the map.

This was the first of several moments on the trip that began to change her family’s mind about her claims of reincarnation, as she had never been to Amsterdam and could not have known how to get around. 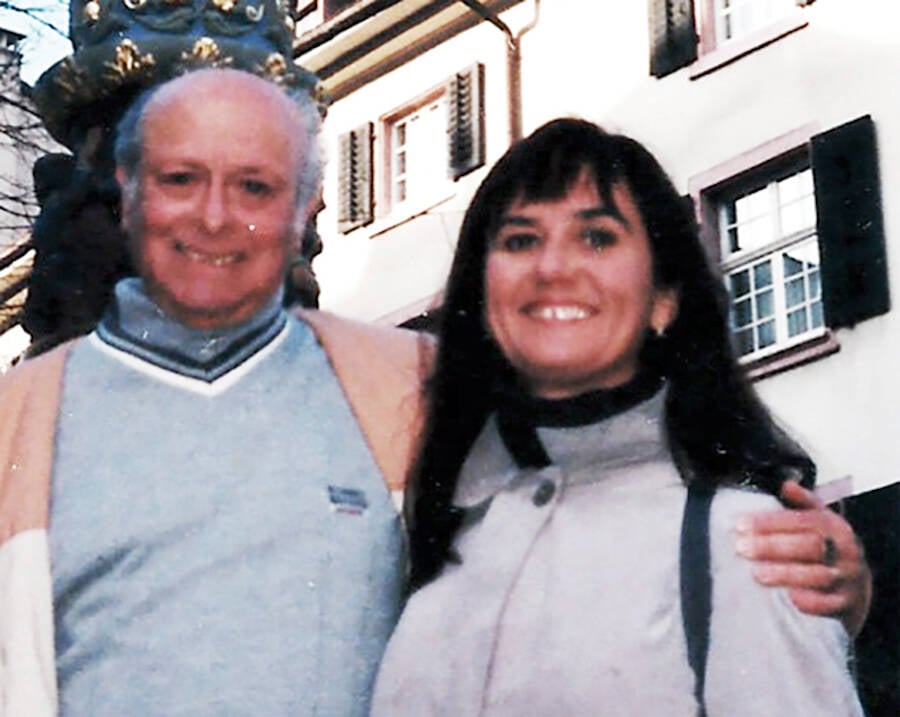 Reincarnation Research/Public DomainBuddy Elias and Barbro Karlén had an instant connection when they met in her adulthood. He believed she was the reincarnation of his cousin, Anne Frank. Pictured in Basil, Switzerland, in 1999.

When they arrived at the house, Barbro Karlén mentioned that she remembered the exterior looking different when they entered the annex. As they navigated around the museum, she told her family stories that were not public knowledge and got excited to see “her” room because it was wallpapered with photos of her favorite people.

According to Reincarnation Research, when Karlén entered the room, she was disappointed to find that the walls were bare and became visibly upset. Her mother asked a tour guide about the photos with the hope of easing her daughter’s concerns. The guide told her that there had been photos plastered all along the walls, but because visitors frequently touched them, curators had taken them down to be cared for and framed.

Over time, the Karléns began to believe everything their daughter said over the years. As an adult, she continued writing and published an account of her reincarnation in 2000 called And the Wolves Howled: Fragments of Two Lifetimes.

Barbro Karlén also did several speaking engagements about being Anne Frank reincarnated, and eventually, the buzz around her story got her a meeting with Anne Frank’s cousin, Buddy Elias.

Elias was very skeptical about the claims that Karlén made. He did not tell her who he was, but when they met there was an immediate connection he said only the family would have. From their first meeting on, Elias believed Karlén was the reincarnation of his lost cousin until he died in 2015.

Today, Karlén continues to write, works as an equestrian, and lives a peaceful life. In her book, she admits that the memories have faded over time, but they still come back every so often and that she believes it’s her life’s work to do justice for Anne Frank’s story.

After learning about Barbro Karlén, read about how researchers think they’ve just discovered a href=”https://allthatsinteresting.com/who-betrayed-anne-frank”>who betrayed Anne Frank and her family. Then, learn more about the Holocaust through these heartbreaking photos that reveal the tragedy only hinted at in history books.