The United States hasn't seen a school massacre of this scale since — which makes it all the more surprising that most of us know nothing about it. 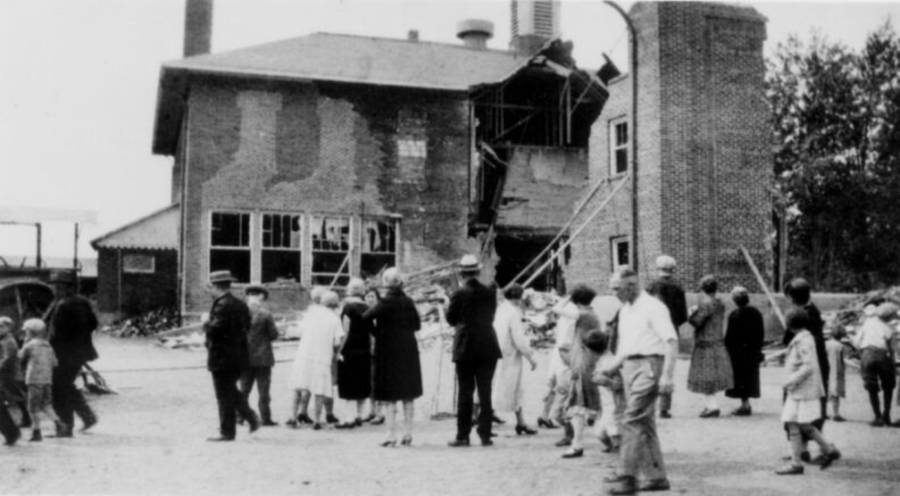 When a terror attack hits the headlines, you can usually expect it to remain there for weeks. Media outlets revisit the biggest of them — 9/11, Sandy Hook, Pulse Nightclub — frequently, even as months, years, and decades go by.

It’s surprising, then, that the largest school massacre in American history is one that most of us have never heard of. It’s called the Bath School disaster and it took place on May 18, 1927, in Bath, Michigan.

Seven adults and thirty-eight children died on that day because a man named Andrew Kehoe was upset about his taxes.

With no more than 300 residents, Bath was a tiny Michigan town in which everyone was familiar with the business of everyone else. It was common knowledge, therefore, that Andrew Kehoe was a bit odd.

“He never attracted much attention around the neighborhood,” Monty J. Ellsworth wrote in his 1927 book. “There was something about him that no matter how good a friend you thought you were of him, there always seemed to be a distant feeling.”

In addition to tales of Kehoe’s social awkwardness, stories circulated about the 55-year-old’s violent nature. Some said Kehoe had murdered his stepmother by tampering with her stove, one woman claimed he shot her dog, and neighbors noted the cruelty with which he treated his farm animals — once beating a horse to death.

He was known to regularly blow up stumps and rocks, and he kept his barn and tools obsessively tidy — cleaner, it was said, than many people’s homes.

But even with the man’s strange character, none of Bath’s residents could have predicted what would take place on May 18th.

This is understandable, considering nothing like it had happened before or has happened since.

Andre Kehoe hated taxes. The tax increases that had been levied to pay for the town’s new school were partly to blame, he thought, for the foreclosure notice he had received at his farm.

An experienced electrician, Kehoe took a job making repairs at the school and got to work on his plot for revenge.

He tightly packed hundreds of pounds of dynamite into the school’s basement, surrounded the explosives with gunpowder, and then wired the setup to a battery and an alarm clock set for 8:45 AM.

The day before the bombs were detonated, a first-grade teacher called Kehoe to ask if her class could use his farmland for a picnic.

“He told her that if she ‘wanted a picnic she would better have it at once,'” The New York Times reported.

The next morning, at 8:45 AM on the dot, half of the school crumbled.

Kehoe’s home was destroyed, too, as he had rigged it with a complex system of dynamite that he hooked up to the street’s phone lines. Authorities later found his wife tied to a table.

After both of the buildings had caught fire, Kehoe got into his car and drove back toward the school. As he approached the concerned parents and faculty, he detonated the truck — which he had also packed with explosives — killing himself and several more people.

“I began to feel as though the world was coming to an end,” a citizen told the Times.

The Aftermath Of The Bath School Disaster 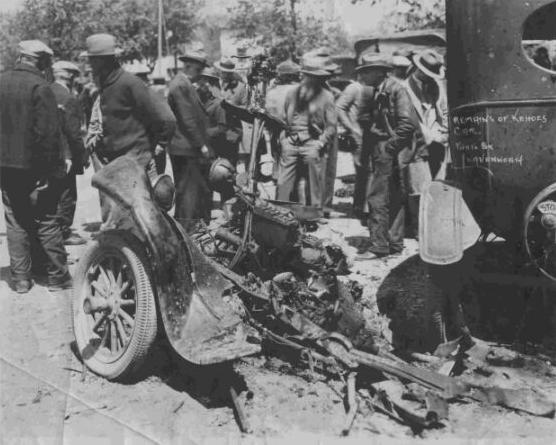 Wikimedia CommonsAndrew Kehoe’s car after he detonated it – killing himself and several others – during the Bath School Disaster.

In the aftermath, police uncovered the complicated mechanisms that Kehoe had assembled for his feat of mass destruction.

They found bundles of unused dynamite and a tank of gasoline under the remaining section of the building, suggesting that, had things gone according to plan, the attacks would have been even deadlier.

Investigators saw the Bath School disaster had clearly taken months of careful planning and consideration, and deemed it the work of a “maniac.”

Concern for the distraught and bankrupt town poured in from across the U.S. But after about three days of heavy media coverage, Arnie Bernstein wrote, the rest of the country appeared to move on.

This stands in sharp contrast to how journalists cover similar instances today: incessantly poking and prodding deep into the lives of mass murderers, trying to pinpoint signs we can use to catch the next one before disaster strikes.

The America of 1927 — and a lot of America today — was eager to skip this in-depth analysis, accepting the idea that anyone capable of committing such atrocity is simply a bad egg; that a terrorist’s evil is inexplicable, unavoidable and, unfortunate though it might be, unstoppable.

But Kehoe himself may have thought differently, according to one clue he left behind. 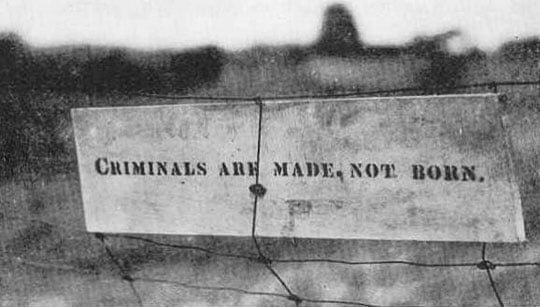 It was discovered a few days after the Bath School disaster, a charred sign hanging from his burnt farm’s fence:

“Criminals are made, not born.”

After learning about the Bath School Disaster, read about how most Americans feel about gun violence and terrorism.