Inside The Battle of Hayes Pond, When 500 Native Americans Chased The Ku Klux Klan Out Of North Carolina

In 1958, the KKK tried to intimidate the Lumbee tribe in Maxton, North Carolina, but they fought back at the Battle of Hayes Pond — and drove the Klan out of town. 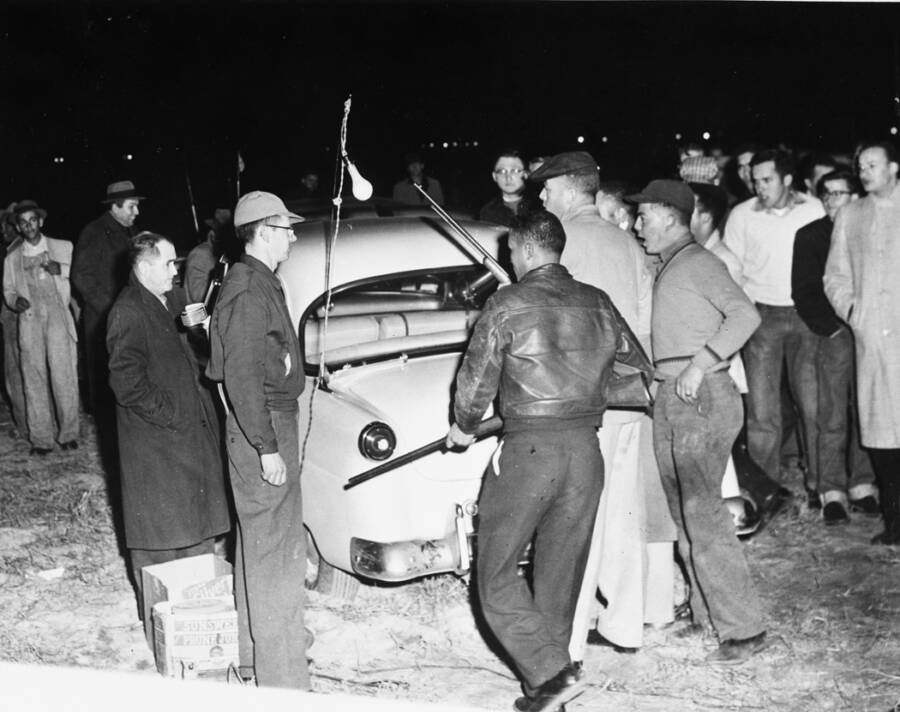 State Archives of North CarolinaAt a Klan rally in 1958, the Lumbee chased off 50 Klansmen.

On Jan. 18, 1958, the Battle of Hayes Pond saw 500 members of the Lumbee tribe face off against the Ku Klux Klan. The Klan had decided to hold a rally in Maxton, North Carolina. But instead of drawing a cheering crowd of white supremacists, the Klansmen were routed straight out of town.

The Klan intended to hold a rally in North Carolina’s heavily Native American Robeson County in part to recruit new members and in part to intimidate the local population. It was being organized by James William “Catfish” Cole, a South Carolina Grand Dragon who wanted to expand his membership north.

But when the Lumbee tribe heard about the rally, they gathered rifles, shotguns, clubs, and stones and headed for Hayes Pond just outside of town, where the Klan had rented a small field.

When the dust settled after the Battle of Hayes Pond, the Lumbee had won a resounding victory. By standing up to the Klan, they ended a reign of terror against the Black and Indigenous communities in North Carolina.

The Lumbees Against The Ku Klux Klan 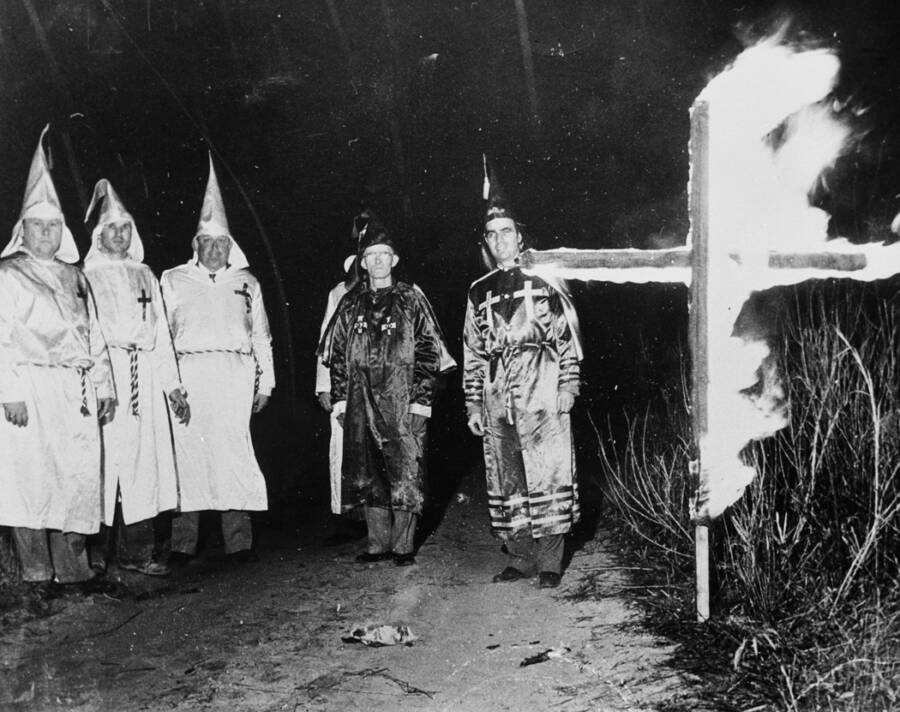 In the 1950s, Robeson County, North Carolina, was a divided community. Whites made up the largest racial group, with just over 40 percent of the population. Native Americans from the Lumbee Tribe represented a third of the population, with Black Americans making up about a quarter.

Racial tensions flared in North Carolina when the federal government ordered the desegregation of public schools in 1954. In response, the Ku Klux Klan swelled in members and began terrorizing Black and Indigenous communities.

In 1957, South Carolina’s Klan leader, Grand Dragon James William “Catfish” Cole, organized an attack targeting a Black doctor in Monroe, North Carolina. But the NAACP showed up and chased off the Klan. 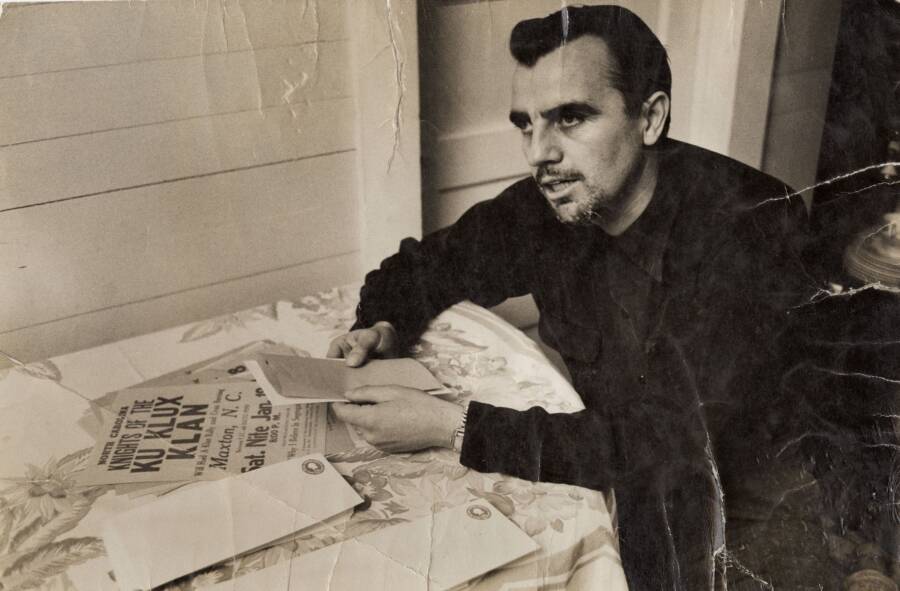 Next, Cole moved on to Robeson County. On Jan. 13, 1958, the KKK burned a cross outside a Lumbee woman’s house after rumors swirled that she was dating a white man. The Klan also burned a cross on the lawn of a Lumbee family that lived in a white neighborhood.

Dean Chavers, who grew up in Robeson County, remembers, “Catfish Cole had been trying to intimidate Indians by bringing caravans of cars through the county. There would be seven or eight of them, cruising through Maxton, Saint Pauls, and Red Springs right after dark on a Saturday.”

As part of its campaign to terrorize Black and Indigenous citizens, the Klan next organized a rally in Maxton. Cole sent out flyers with the date and time. Newspapers reported the rally. And the Lumbee decided to show up to face down the Klan.

The Battle Of Hayes Pond

Less than a week after the cross burnings, the Klan held its rally in Maxton, North Carolina. But more than 500 Lumbee men and women also showed up. 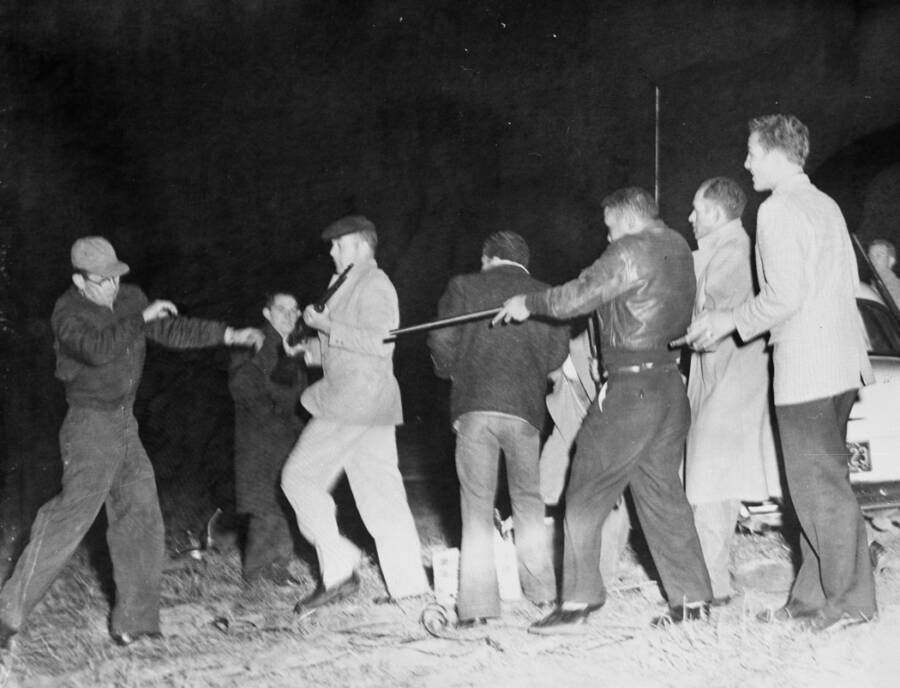 State Archives of North CarolinaKlansmen clash with members of the Lumbee Tribe at the Battle of Hayes Pond.

Simeon Oxendine and Sanford Locklear organized the Lumbee resistance. Oxendine, the son of the first Lumbee mayor of nearby Pembroke, was a World War II veteran who served as a gunner on 25 missions over Germany.

Verdia Locklear was at the Battle of Hayes Pond. Four months pregnant, she said that as soon as the newspapers announced the Klan rally, the Lumbee were ready.

“Be sure you got your pistol, and if you don’t have a pistol, carry your rifle,” Locklear recalls hearing. “So I had both.”

The Lumbees told the Klan to leave town. When the Klansmen resisted, someone shot out the only lightbulb in the field. Terrified, the Klansmen fired their guns blindly into the night.

With only around 50 Klansmen, the KKK was badly outnumbered. So they dropped their banners and ran. Some Klansmen abandoned their wives and children to protect themselves. Others hid in their cars, which became targets of the Lumbees.

“Those boys were scared,” said Dean Chavers. “One or two of them ran their cars into ditches and had to be pulled out. They went running back to South Carolina and have not been back since.”

The Battle of Hayes Pond had succeeded. Without a single death and only a handful of minor injuries, the Lumbee had chased the Klan out of Robeson County.

Oxendine and another Lumbee man named Charles Warriax proudly held up the abandoned KKK banner for press photographers. The Battle of Hayes Pond was about to become a national news story.

The Legacy Of The Battle of Hayes Pond

Within days of the Battle of Hayes Pond, the press spread the story across the country. The Rocky Mountain Telegram carried an article under the headline “Armed Indians Break Up Klan’s Rally.” 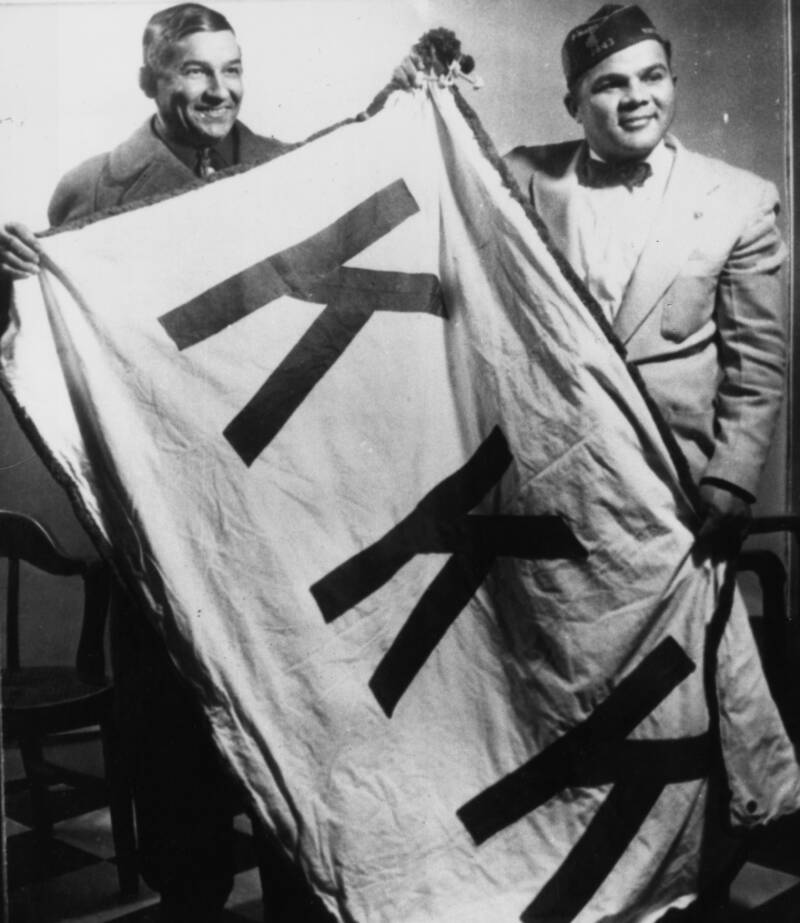 MPI/Getty ImagesCharlie Warriax and Simeon Oxendine with a captured Ku Klux Klan banner after the Battle of Hayes Pond. This photo was published in LIFE magazine.

Life magazine published an article with pictures of the clash titled “Bad Medicine for the Klan,” which included two photos of Oxendine and Warriax jokingly draped in a KKK flag that they stole from the rally organizers.

And folk singer Malvina Reynolds mocked the Klan in her song, “The Ballad of Maxton Field.” Her Jewish family had been directly targeted by the Klan, which attempted to kidnap them in the 1930s.

In her folksy verses, Malvina promises that history would remember the Battle of Hayes Pond as the day “when many a Klansman left the field with buckshot in his pants.”

The mayor of Maxton called on the federal government to step in before the Battle of Hayes Pond. In the aftermath, North Carolina’s governor stepped up to denounce the Klan. And police arrested Catfish Cole for inciting a riot. He was sentenced to a year and a half in jail.

More importantly, the Klan attacks against the Lumbees stopped. As Vernia Locklear explained, “If we wouldn’t have gone, they would have come back.” So the Lumbee stood up to the Klan and chased them out of Robeson County.

The battle had a lasting legacy. Years later, a judge stepped in to halt a Klan rally, using the Battle of Hayes Pond as proof that the Klan incited violence.

The Battle of Hayes Pond had another important impact in Robeson County. Standing up to the Klan brought together the Native American and Black communities. It also drew a clear line between whites who supported their Black and Indigenous neighbors and those who did not.

The Lumbees could not single-handedly take down the entire Klan. But they made sure Klansmen knew to stay out of Robeson County.

After reading about the Battle of Hayes Pond, learn the true story of Ron Stallworth, the undercover Black cop who joined the Klan and inspired Spike Lee’s BlacKkKlansman. Then read about the time Mr. Rogers sued the KKK and won.