The Story Of The Edmund Pettus Bridge, The Civil Rights Landmark That Bears The Name Of A KKK Leader

The Edmund Pettus Bridge in Selma, Alabama was named after a former Confederate general in 1940. But in 1965, the bridge became the site of a historic civil rights protest. 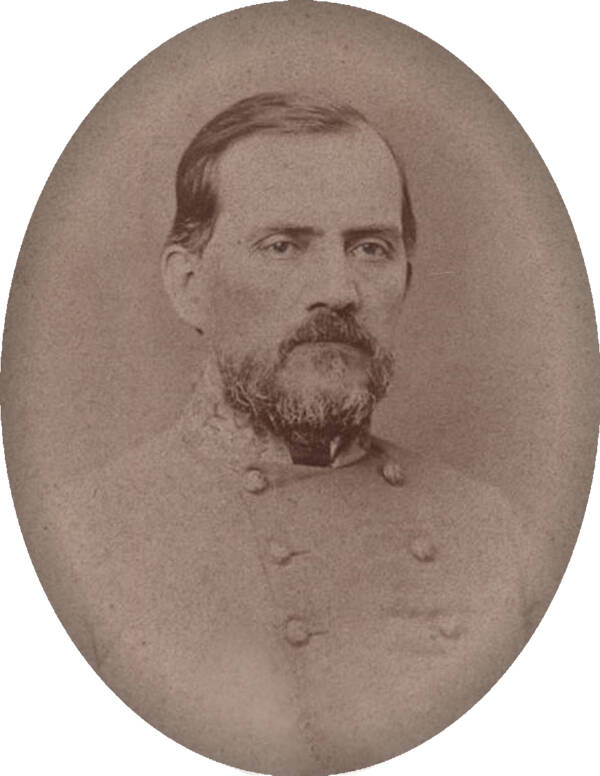 Alabama Department of Archives and HistoryA portrait of Edmund Pettus taken in the 1860s, when he served as a Brigadier General for the Confederacy.

It was the site of one of the bloodiest days in the civil rights movement: The Edmund Pettus Bridge, which crosses the Alabama River in Selma and became the backdrop for the brutal beating of peaceful protestors by state troopers.

In recent years, activists have pushed to change the bridge’s name – because Edmund Pettus was no hero. A Confederate general, a U.S. Senator, and the Grand Dragon of the Alabama Ku Klux Klan, Pettus’ name currently adorns a memorial site for the fight for racial equality — but should it?

Edmund Pettus’ Role In The Confederacy

Edmund Pettus was born into a slaveholding family in Alabama in 1821. The Pettus lands grew cotton and enslaved people to pick it. As a wealthy, white Southerner, Pettus firmly believed that without slavery, the South as he knew it would fall.

In the years before the Civil War, Pettus practiced law in Gainesville, Alabama. Even before war broke out, Pettus was a leading secessionist, and he helped to persuade his brother, Mississippi Governor John Pettus, to abandon the union in favor of the Confederacy.

Pettus had fought in the Mexican War in the 1840s, so he confidently signed up with the Confederate Army in 1861. Within two years, he rose to the rank of brigadier general.

As the leader of five regiments, Pettus became a prisoner of war three times, but he was so important that the Confederacy negotiated his release twice. The third time, Pettus escaped.

When General Robert E. Lee surrendered to the Union in 1865, Edmund Pettus gave a speech to his disappointed regiments. “You have now served your country faithfully for more than three years,” but “now you are subject to a new trial.”

By that, Pettus likely meant the end to slavery. He settled in Selma, Alabama as a war hero. And although free Black people made up the majority of Alabama’s population, Edmund Pettus fought to deny them any power there.

The Confederate hero aligned himself with the anti-Reconstruction Democratic Party, where he opposed Black suffrage and rose through the ranks, serving as chairman of Alabama’s state delegation at seven successive national conventions. 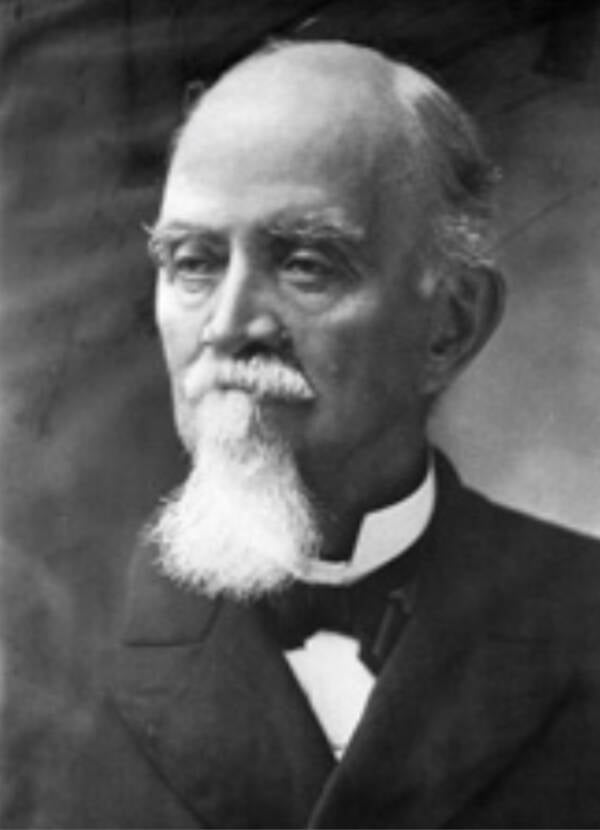 He Was Grand Dragon Of The KKK And A U.S. Senator

Six Confederate generals started the Ku Klux Klan in 1866, including Nathan Bedford Forrest, who became the first Grand Wizard. And in the 1870s, Edmund Pettus took a leadership position himself as a so-called Grand Dragon of the Alabama KKK.

The Klan burned down Black churches and schools, nightriders descended on Black homes to beat and intimidate families. And from 1868 until 1871, the Alabama Klan killed more than 100 people.

During the years Edmund Pettus led the Democratic Party in Alabama – and headed the Klan – Alabama lynched and murdered more Black Americans than any other state.

“Pettus became for Alabama’s white citizens in the decades after the Civil War, a living testament to the power of whites to sculpt a society modeled after slave society,” historian John Giggie told Smithsonian Magazine.

And white Alabamians strongly supported Pettus. In 1896, Pettus beat an incumbent Democrat to become the U.S. senator for Alabama. Pettus campaigned on his white supremacist record, and he remained in the Senate until his death in 1907.

After his death, the Senate lauded Pettus as a man who “had control of the varied emotions and ambitions of the soul, a philosophic view of the failures and disappointments that come to all,” and “existed in an atmosphere above the level of envies, jealousies, and hatreds of life itself.”

The Establishment Of Edmund Pettus Bridge

More than three decades after Edmund Pettus died, Selma decided to honor the Confederate hero on a new bridge. During the 1940 bridge dedication, Selma officials honored Pettus as “a great Alabamian.”

Still revered as a Confederate hero, the dedication also used a Confederate rallying cry – “the South will rise again” – to honor him. According to historian Wayne Flynt, 1940s Selma “would’ve been a place where place names were about [Black people’s] degradation.” Honoring Pettus was “a sort of in-your-face reminder of who runs this place.”

Just as white supremacists had intended in 1940, the Edmund Pettus Bridge had become a symbol of racism. 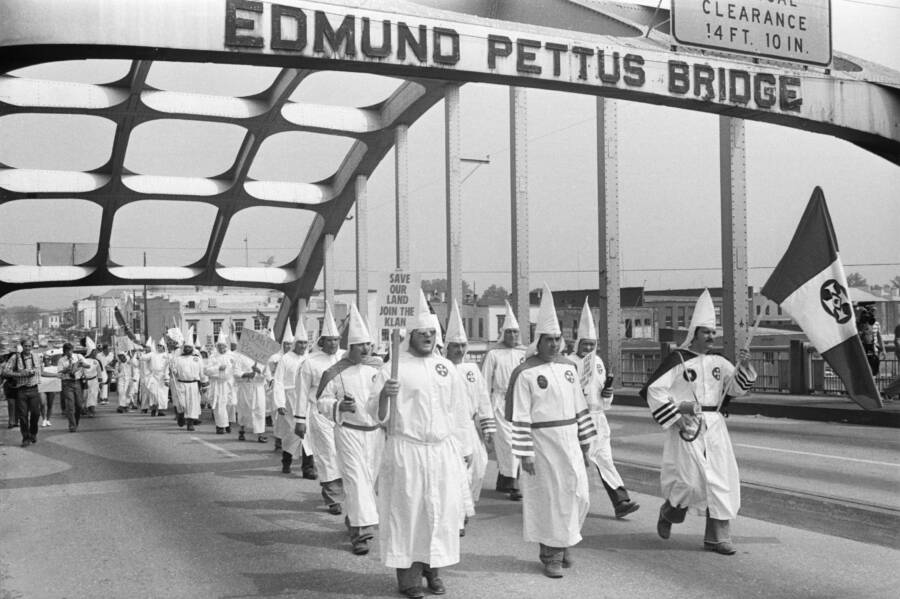 But then 15 years later in 1965, the Edmund Pettus Bridge became the backdrop for a clash between civil rights leaders and Southern white supremacists following in Pettus’ footsteps.

A then-25-year-old civil rights activist named John Lewis led protestors across the Edmund Pettus Bridge on a march to Montgomery. But on the other side of the bridge, the peaceful protestors were met by Selma’s sheriff — and bloodshed.

On what is now known as “Bloody Sunday,” state troopers beat the civil rights protestors on national television. The shocking violence pushed public opinion in favor of civil rights and galvanized the passage of the Voting Rights Act of 1965.

Yet the bridge continued to carry the Klanmember’s name into the 21st century. 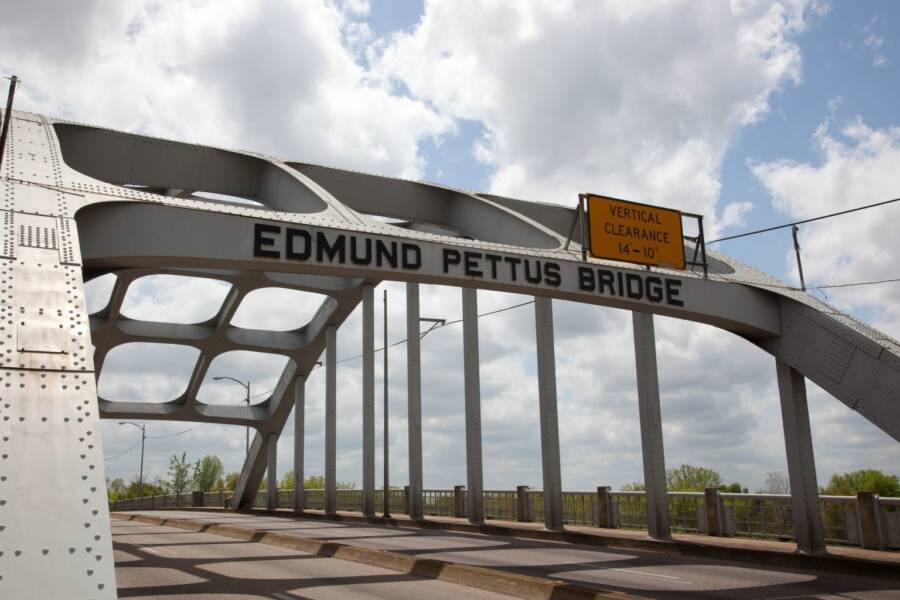 Carol Highsmith/Library of CongressSelma’s bridge over the Alabama River continues to bear the name of Edmund Pettus.

The proposed legislation will let Selma residents vote for a new name.

One of the most popular options would rename the bridge for the man who shed his blood on the bridge in defense of civil rights: John Lewis. Rather than honoring a Confederate officer and KKK leader, the John Lewis Bridge Project aims to honor the memory of an activist who was nearly killed on Selma’s bridge.

The Pettus family built its power on the backs of enslaved people, and Pettus himself terrorized Black Americans to strengthen white power. And so perhaps the people of Selma, a city where Black residents make up 80 percent of the population today, and which has a longstanding history of the fight for racial equality, deserves a better memorial bridge.

Edmund Pettus was not the only infamous KKK member in American history. Learn more about other famous Klansmen who became politicians. Then, read about the disturbing resistance to the civil rights movement.