Inside Operation Gladio, The CIA’s Secret Fight Against Communism In Cold War Europe

During Operation Gladio, the CIA was so desperate to thwart the spread of communism that it partnered with everyone from right-wing terrorists to the Vatican to the Mafia.

No sooner had the smoke of the Second World War cleared than the Western Allies and the Soviet Union began circling one another suspiciously, each vying secretly for power across Europe as cooperative regimes were set up among the rubble. Every leader west of Berlin realized withstanding the Soviet invasion they were sure would come any day was impossible. The war had left their armies in ruins, and it would take years to rebuild them. Operation Gladio was their disturbing response.

Western leaders wondered: What if the resistance networks that had fought the Nazis were recreated across the continent, this time to resist the Soviets? Secret armies set up with mysterious or even illegal funding could remain out of the public eye, unaccountable, and ready at a moment’s notice to combat the Soviet invasion thought by many to be inevitable.

The plan was probably sound. National networks would be established and lie in wait for the day they were needed. The trouble began when these militants were activated not to resist invasion, however, but to carry out campaigns of murder and political terrorism – against their own people.

This is the story of Operation Gladio, the shadowy military program that went terribly wrong. 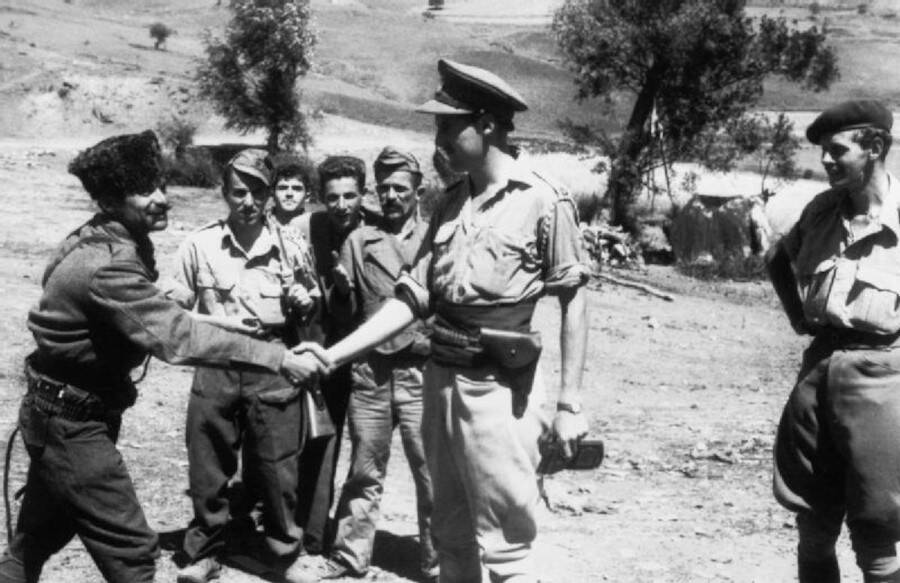 Operation Gladio, like so many other Cold War efforts, had its roots in the Second World War. When the threat of German invasion was at its peak in 1940, the British government organized a network of Auxiliary Units, a guerrilla-force-in-waiting whose task would be to frustrate Nazi invaders by any means available. In the end, they never saw action and were quietly disbanded late in the war.

The principle behind the Auxiliary Units, however, lived on. Instead of waiting for war to break out before organizing resistance networks, they would be set up in advance, trained by veterans of the British Special Operations Executive, and supplied from arms caches dotted around their countries. By the early 1950s, clandestine networks had been established in Germany, Belgium, the Netherlands, France, Denmark, Norway, Turkey, and Italy.

Backing them were various European intelligence agencies, including the British Secret Intelligence Service, along with the United States Central Intelligence Agency. They were organized through NATO, although they were officially unaffiliated with the alliance. Each network had its own codename, but that of Italy’s secret army would become the collective name for them all: Gladio, after the short Roman sword carried by legionaries and gladiators.

How The CIA Supported Right-Wing Paramilitaries 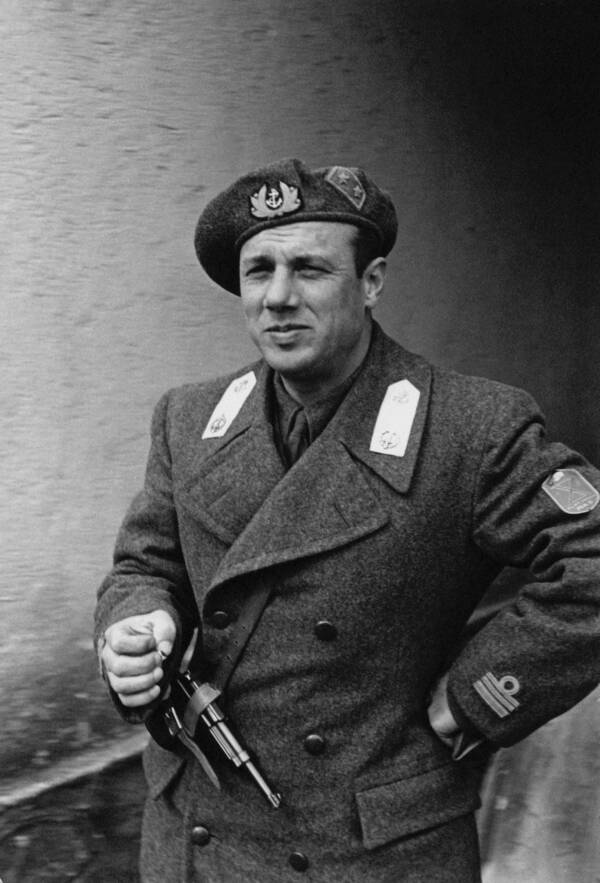 Mondadori via Getty ImagesJunio Valerio Borghese was among the many former fascist officers supported by the CIA. His career in Italian politics ended when he staged an abortive coup d’etat in 1970 and fled to Francoist Spain.

The stay-behind networks were a particular favorite of American intelligence chief Allen Dulles. An ally of the notorious Nazi war criminal Reinhard Gehlen and later a pivotal figure in the assassination of Congolese leader Patrice Lumumba, Dulles was a fervent anti-communist who’d decided in 1942 that the United States was “fighting the wrong enemy.”

The postwar political landscape meant that those like Dulles, who believed that any ally was valuable in opposing the Soviet Union, gained the upper hand. In Italy, that meant appointing ex-fascists and right-wing extremists to important positions in intelligence and politics and forging close links with the anti-communist Mafia. As one CIA agent put it, “The Mafia, because of its anti-communist nature, is one of the elements which the CIA uses to control Italy.”

The Italian Christian Democracy party, the CIA’s preferred ally in Italian politics, welcomed the aid of neo-fascists and criminal groups, as they felt that “there was good reason to fear that if the voting trend between 1948 and 1953 were allowed to continue … the combined Communist and socialist vote would grow to become the largest political force in Italy.” 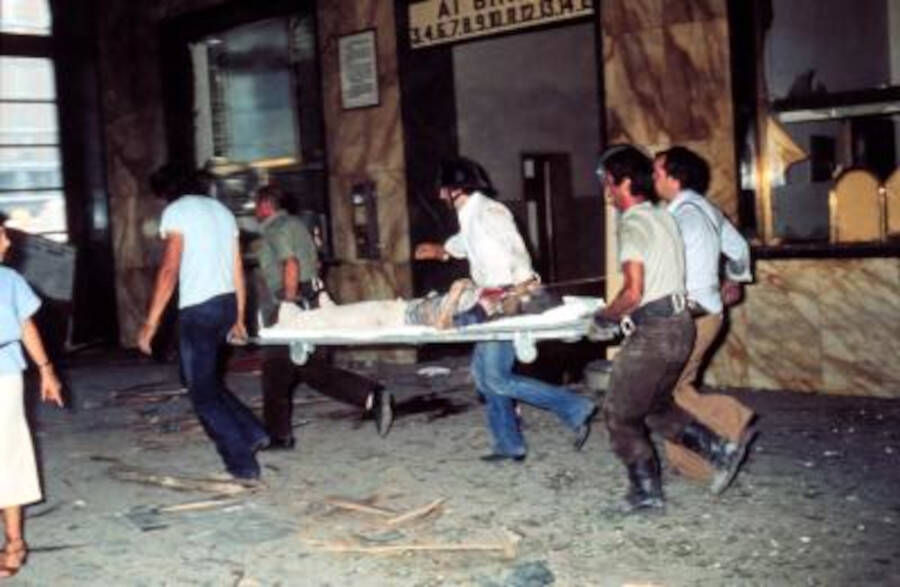 Wikimedia CommonsDuring the political unrest of the Years of Lead, hundreds of Italians were killed and thousands injured.

Gladio was allegedly first deployed in 1963 to attack supporters of the Italian Socialist Party, which had gained several cabinet posts in a recent election. During the ensuing period known as the Years of Lead, Gladio operatives are thought to have been involved in countless drug deals, violent attacks on leftists, and assassinations.

Although the organization was supposed to vet potential recruits, it usually welcomed any criminal or right-wing group into its ranks, as long as they professed opposition to communism. At the same time, the communist Red Brigades, or BR, were set up with Soviet funding to violently bring about a revolution in Italy. These militants began a campaign of bank robbery, sabotage, and kidnapping to destabilize the Italian state. 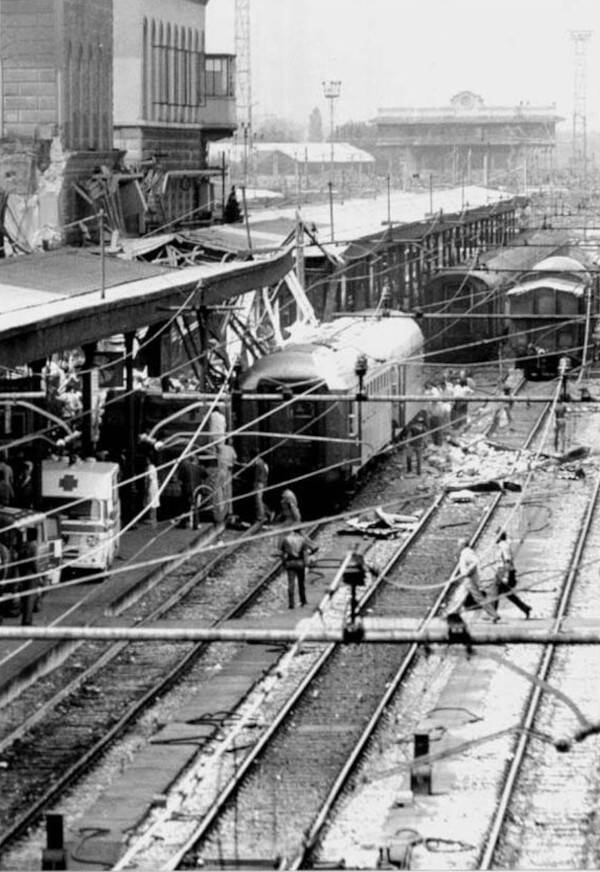 Wikimedia CommonsThe bombing of the central train station in Bologna on August 2, 1980 was among the deadliest of the attacks carried out by Italian neo-fascists.

Gladio operatives sensed an opportunity in the BR’s violent tactics. On May 31, 1972, five carabinieri responded to an anonymous phone call reporting an abandoned car on the outskirts of the village of Peteano near the Yugoslav border. When they opened the hood, an enormous explosion was triggering, killing three of the men and seriously injuring the other two.

A second phone call implicated left-wing terrorists, prompting security forces to launch a crackdown leading to more than 200 arrests. For more than a decade, despite the courts’ failure to convict any members of the BR for the attack, it was still widely believed that they were responsible.

The Public Learns The Truth About Gladio 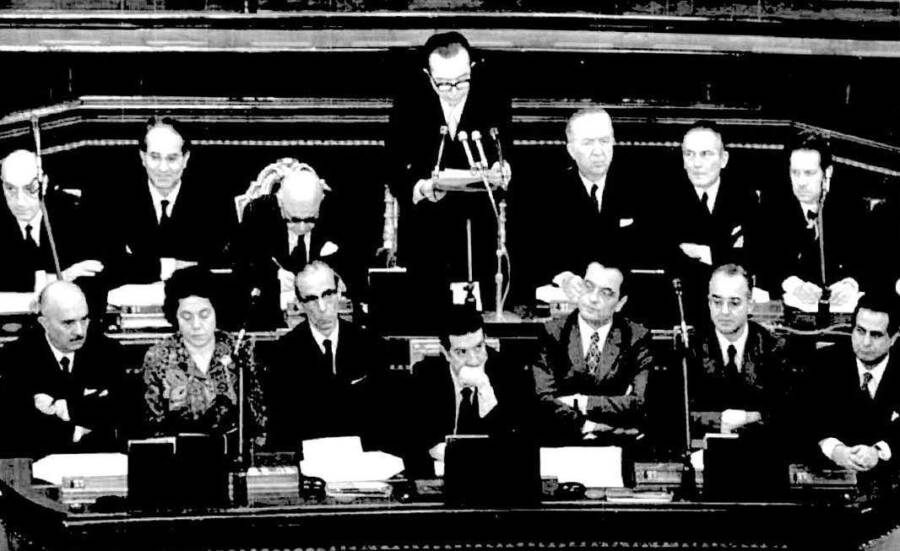 Wikimedia CommonsItalian Prime Minister Giulio Andreotti, center, was the first European leader to admit to the existence of Operation Gladio, and insisted that similar groups existed in neighboring countries.

The official account of the Peteano massacre went unchallenged until 1984, when Judge Felice Casson noticed several inconsistencies in the records. For one, no police investigation had been carried out at the site of the attack. In addition, Casson discovered that the explosive used in the bombing was C4, then available only to Operation Gladio groups and NATO.

Further investigation revealed that the plan had been masterminded by the neo-fascist Vincenzo Vinciguerra, and the C4 had come from a Gladio arms dump in the city of Verona. Vinciguerra admitted to Casson that his organization, Ordine Nuovo, had collaborated with Italian military intelligence to set up the attack with the goal of forcing the government to declare a state of emergency and take on more authoritarian policies.

Then, after an investigation into the causes of the Years of Lead, Italian prime minister Giulio Andreotti confirmed what Casson had discovered when he admitted Gladio’s existence before the Italian Senate.

The revelation sent a small shockwave through Europe as the existence of parallel organizations was revealed. Almost overnight, “the most ambitious and secret operation in Western Europe since the Second World War” was uncovered, even as the Soviet Union it was built to resist was crumbling away.

The End Of Operation Gladio 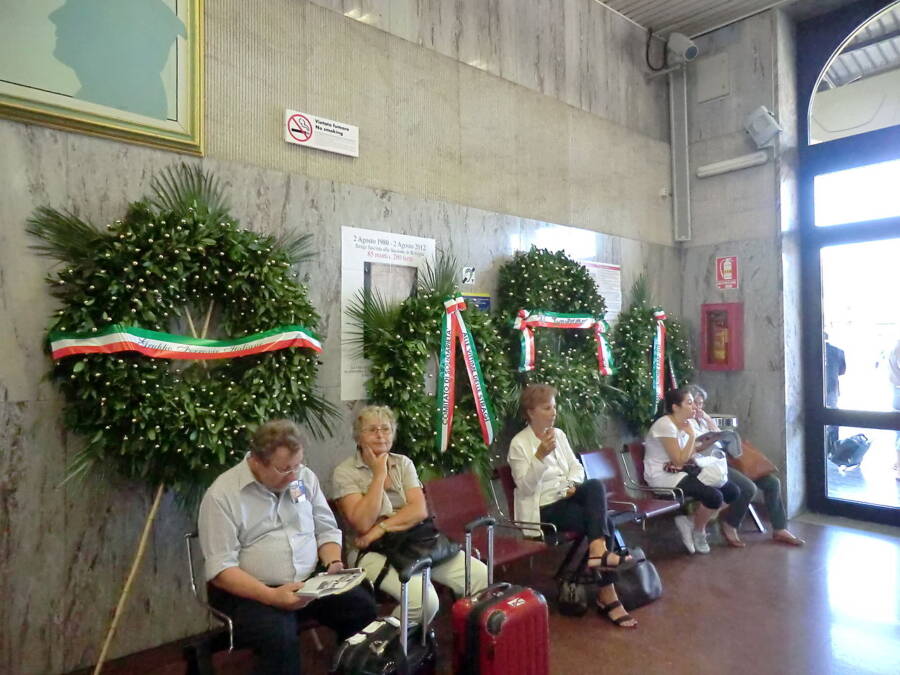 Wikimedia CommonsToday, wreaths honoring the 85 victims of the Bologna massacre can be found in the lobby of the station.

In the months following the acknowledgment of Operation Gladio, most of its constituent networks were quietly dissolved. In some countries, such as France, the Gladio component had been dormant for years, and dismantling it was merely a matter of paperwork. Even in Italy, all but 12 of the 139 arms caches dotted across the country had been removed nearly 20 years before Andreotti’s admission to the Senate.

Because of the program’s extreme secretiveness, it has remained exceedingly difficult to separate fact from conspiracy theory. Charges that the CIA actively turned Gladio into a terrorist program are difficult to prove, as U.S. Army Field Manual 30-31B, the document which allegedly outlines this policy, has been described as a Soviet forgery.

Although an Italian Parliamentary commission claimed that the CIA had supported a “strategy of tension,” in which violence is used to maintain an atmosphere of fear, no credible evidence has been found to support the assertion.

What Operation Gladio truly was and did may never be known. Many European governments are unwilling to attract renewed public attention to the program, and many of its leaders and operatives are dead, in prison, or unknown. Yet what seems to be certain is that what was intended to be a direct continuation of the laudable efforts of World War II resistance groups mutated into something far more sinister during the darkest years of the Cold War.

Now that you’ve learned the story of Operation Gladio, take a closer look at some of the darkest moments in CIA history. After that, read about Félix Rodríguez, the CIA operative who hunted down Che Guevara.