A new study has found that tourists are trampling over native plants to have sex while littering the protected area with garbage — with rare lizards choking to death on used condoms. 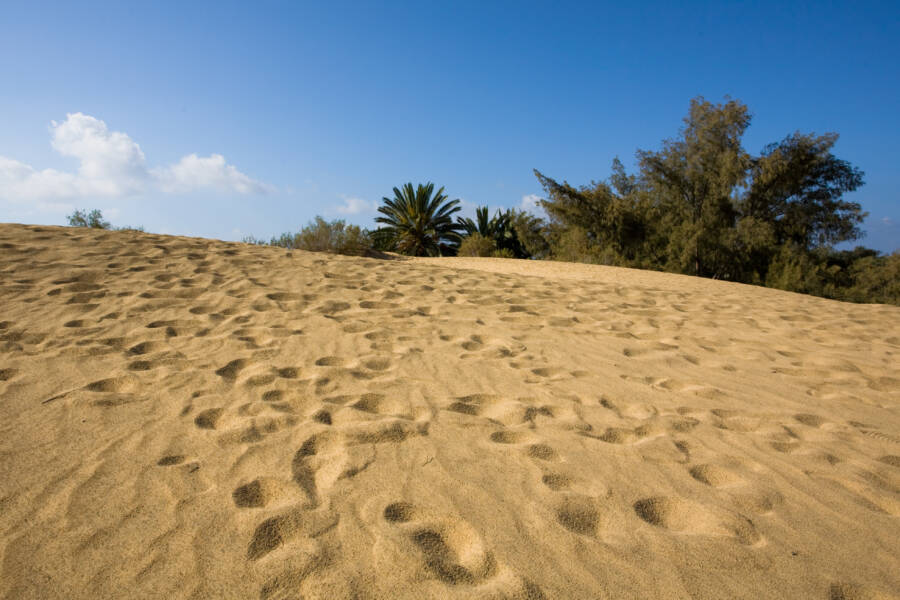 The Spanish island of Gran Canaria welcomes 14 million tourists per year. While most are satisfied to lay on its public beaches, others sneak off into the expansive sand dunes to have sex. Unfortunately, new research has shown that this has disrupted natural sand systems — and that animals have died choking on condoms.

According to CNN, the Dunas de Maspalomas Special Nature Reserve has been legally protected since 1982. It holds one of the last naturally-shifting dune systems in Europe. Those trudging through it for sex have unwittingly impacted eight native plant species and a vital resting area for birds migrating from nearby Africa.

The study was conducted by experts from Flinders University in Australia and the Universidad de Las Palmas de Gran Canaria (ULPGC). They inventoried 298 “sex spots” across an area of two square miles in May 2018, which coincided with a local Gay Pride festival.

The experts found that tourists trampled across dunes that form around vegetation (or nebkhas). These are essential for lizards scurrying from one patch to another without being detected by prey. They also found an unnerving amount of trash that endangered wildlife — and evidence of both public urination and defecation. 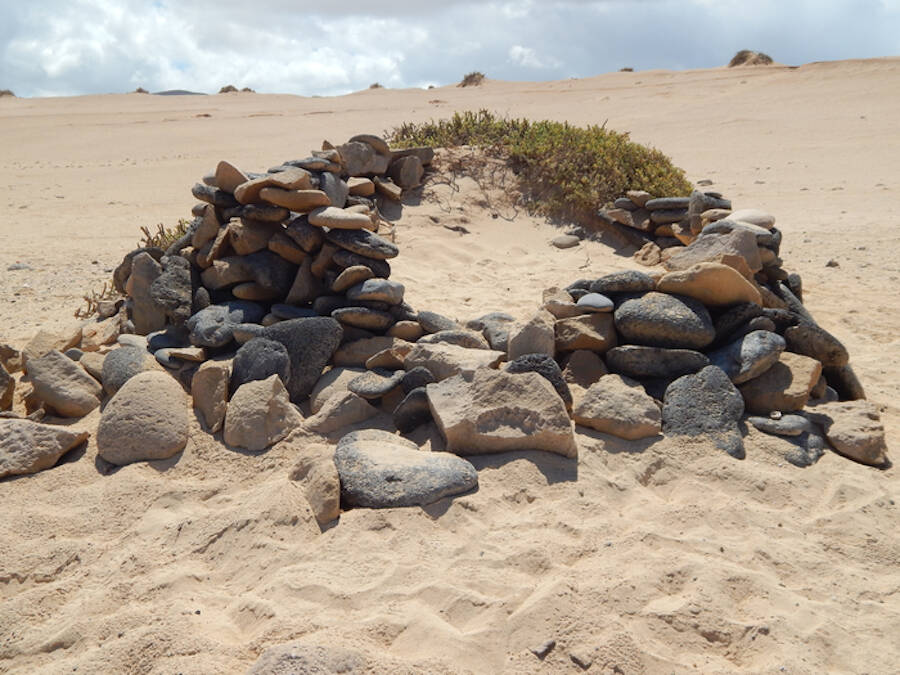 Flinders UniversityOne of the 298 cruising “nest” the researchers discovered.

The study noted that about 15 percent of Gran Canaria’s annual tourism comprised gay men who frequented the dune-adjacent beaches. According to Phys, that area is also popular for lesbians and heterosexual men looking for casual sex. Naturally, the only semblance of privacy for such activity is located beyond the dunes.

As co-author of the “Sand, Sun, Sea and Sex with Strangers” study, professor Patrick Hesp from Flinders University was curious how much impact the sexual activity of “cruising” had on the protected and coastal dune field. The results were rather alarming, and found that tourists rip out plants to make their own “nests.”

During their romantic getaways, these tourists have used the dunes as their toilet while leaving a litany of trash behind. From cigarette butts and beverage cans to condoms, toilet paper, and wipes, the amount of abandoned garbage directly correlated to how far from the beach a particular sex nest was.

“We studied almost 300 sex spots across the vegetated section of these dunes, and found damage to 10 plant species, including three endemic to dune areas,” wrote Hesp. “When plants suffer, so do the animals and reptiles, with rare lizards and endemic plant species notably impacted.” 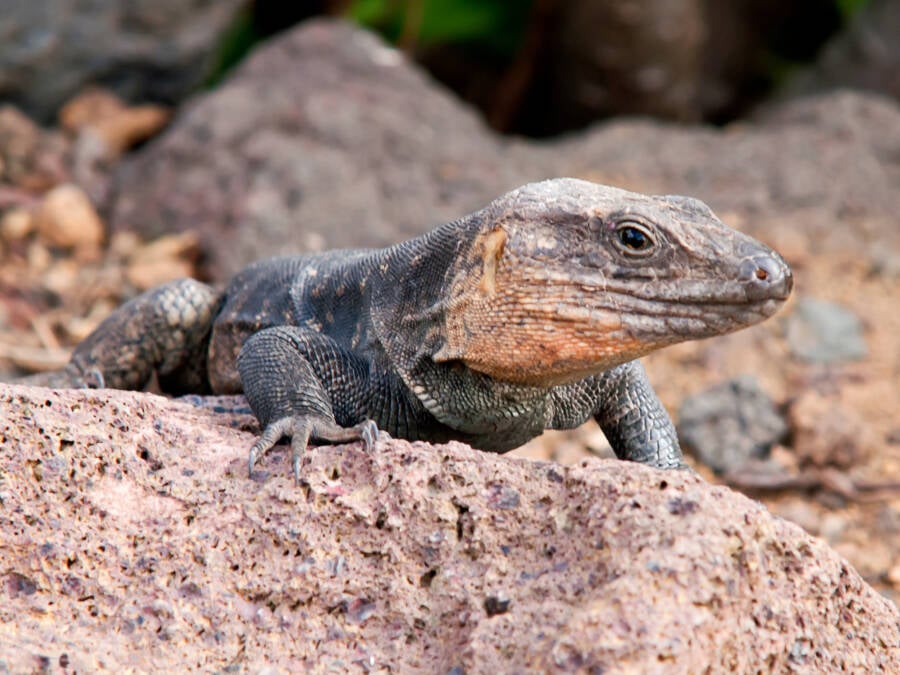 While there are other local dunes besides the Maspalomas, the researchers noted that they aren’t as popular when it comes to public sex. This is presumably due to the construction of nearby resorts which have altered the way that the Maspalomas dunes move and spurred increased plant life — allowing for more private “nests.”

Hesp and his colleagues found that even the protected zone of the Maspalomas dunes wasn’t free from the public lovemaking. While the public is strictly permitted from entering the area, researchers uncovered 56 sex spots there. Originally protected for educational purposes, the reserve has since been glaringly maltreated.

“Cruisers seem to have acquired rights for sexual encounters in an environmentally protected public space, ‘privatizing’ the exclusion and restricted usage zones where the environmental education (a permitted use) is now disabled,” wrote co-author Luis Hernández-Calvento of ULPGC’s Institute of Oceanography and Global Change.

According to Eureka Alert, this regular trampling activity has left man-made paths nearly one foot wide behind. While the study specified “anonymous sexual encounters, mostly among homosexuals,” the researchers also stated that “there is no intention to criticize the actions of some of the LGBTI community.” 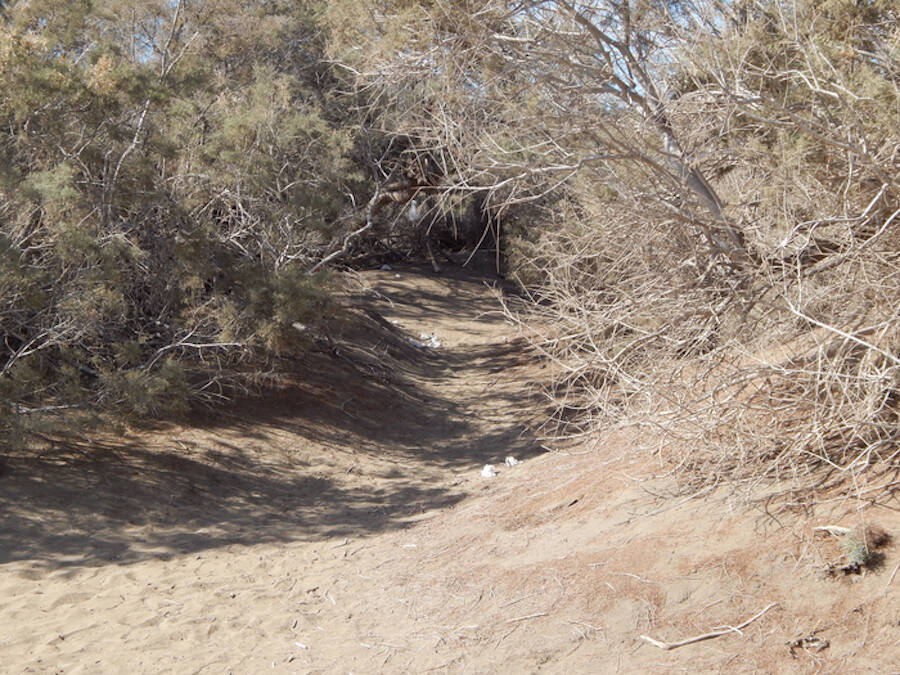 Flinders UniversitySome of the garbage left behind in the Maspalomas dunes.

“The ultimate intention of this scientific work is to know detailed aspects of the spatial and environmental dimensions of this activity, which may be useful for the management of this protected area and similar ones,” wrote co-author Dr. García-Romero of the ULPGC’s Institute of Oceanography and Global Change.

Hesp compared the seemingly trivial act of public sex on the dunes to the act of driving an ATV. While one of those vehicles traversing the dunes certainly has very little to no impact, an entire convoy of the motorized buggies would cause serious environmental damage. Ultimately, he merely wants to raise some awareness.

“We’re not calling for an end to public sex,” he said, “but we do want people to be aware of the damage it can do.”