Plastic straws have been the target of recent actions from environmentalists, but this report shows that another contaminant might require more of their attention. 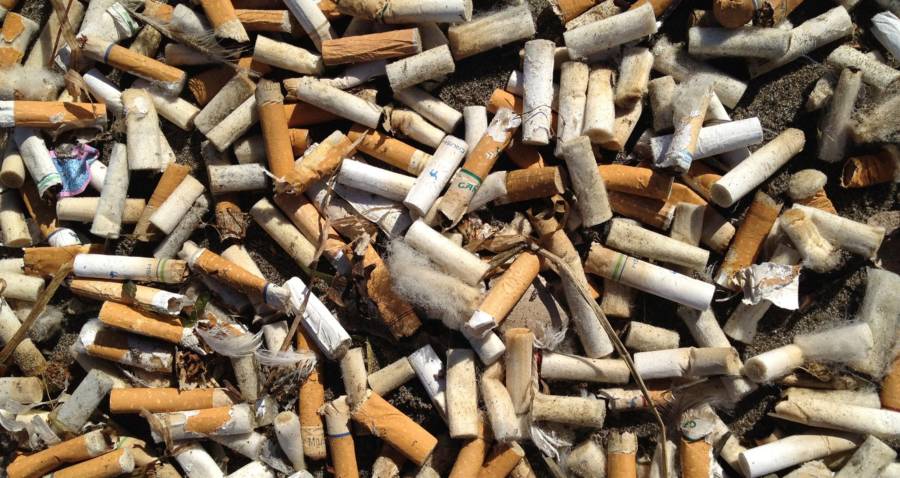 Thomas Jones/Ocean ConservancyCigarette butts that were collected during a cleanup.

Plastic straws have dominated people’s minds lately as deadly pieces of plastic that are slowly ruining the environment. However, while plastic straws are detrimental to the health of our planet, a recent study has revealed that a different piece of trash deserves much more of our attention: cigarette butts.

According to NBC News, the study revealed that cigarette butts are the single greatest source of ocean trash. These butts contain filters, which on the surface seems completely harmless, but in actuality are causing permanent damage to our oceans and wildlife.

While more than a dozen cities have prohibited plastic straws this year (and many others are considering joining them), cigarette butts haven’t faced nearly as much backlash.

A montage of cigarette butts that were not properly disposed of.

Each year, 5.6 trillion cigarettes are produced around the world and each of them comes with a filter. The filter is made of an extremely environmentally-unfriendly plastic called cellulose acetate, which can take more than a decade to decompose. According to the Cigarette Butt Project, close to two-thirds of all of those butts are irresponsibly disposed of.

These plastic filters were introduced in cigarettes as a way to possibly make them healthier but research has shown that the filters do little to protect the smoker from deadly carcinogens.

“It’s pretty clear there is no health benefit from filters. They are just a marketing tool. And they make it easier for people to smoke,” said Thomas Novotny, a professor of public health at San Diego State University, told NBC News. “It’s also a major contaminant, with all that plastic waste. It seems like a no-brainer to me that we can’t continue to allow this.” 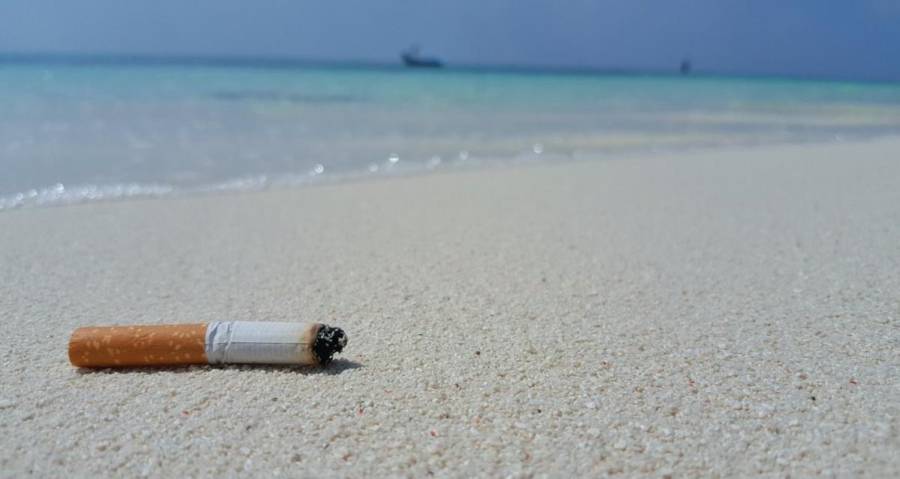 Once a year for the past 32 years, the Ocean Conservancy has sponsored a beach cleanup and they say that each and every one of those years, cigarette butts have been the item they’ve picked up the most of. Over the three-plus decades that they’ve been conducting the cleanups, they’ve removed more than 60 million cigarette butts from the world’s beaches.

According to NBC News, even if you combined the number of plastic wrappers, containers, bottle caps, eating utensils, and bottles, collected on the beaches, the number would still not equal that of cigarette butts. In total, cigarette butts make up one-third of all of the trash collected by the Ocean Conservancy during their cleanups.

Next, take a look at these heartbreaking photos of plastic’s devastating impact on sea creatures. Then check out these 33 vintage cigarette ads that are now hilariously and tragically absurd.