Sea Turtles Are Eating Plastic Because It Smells Like Food, Study Suggests

"Plastics that have spent time in the ocean develop smells that turtles are attracted to... it has now become a problem for turtles because they’re attracted to the smells from the plastics." 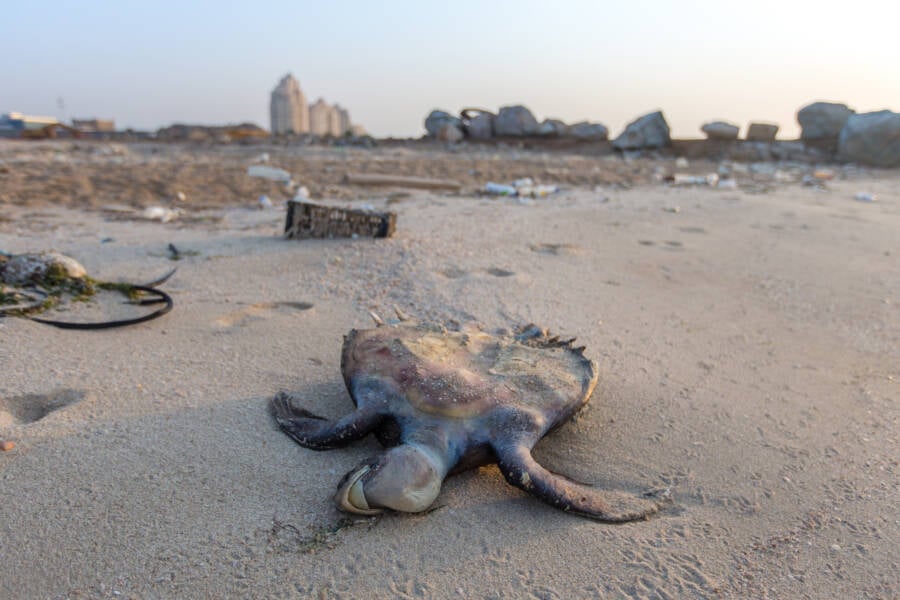 The recent trend of dead sea animals washing ashore with plastic in their guts has disturbed experts for years now. According to a new study published in Current Biology, sea turtles may actually be confusing plastic for food.

The research suggests that the odor that ocean-soaked plastic gives off is responsible for the distressing results. As plastic stews in the ocean water, it emits a chemical gas. This gas, called dimethyl sulfide, is also produced by phytoplankton, which is a food source for many marine animals.

According to Science News, the study took place over two weeks in January 2019 and involved 15 loggerheads. The turtles were placed into tanks that were exposed to a variety of smells at the surface.

These smells included the neutral one of water, food such as shrimp, and new plastic as well as ocean-soaked plastic. The results essentially showed that ocean plastic dupes these animals because of the attractive scent.

The ramifications of that are staggering, according to BBC. Dr. Joseph Pfaller explained that plastic bags, netting, and bottles have essentially been serving as dangerous “olfactory traps” for these animals. 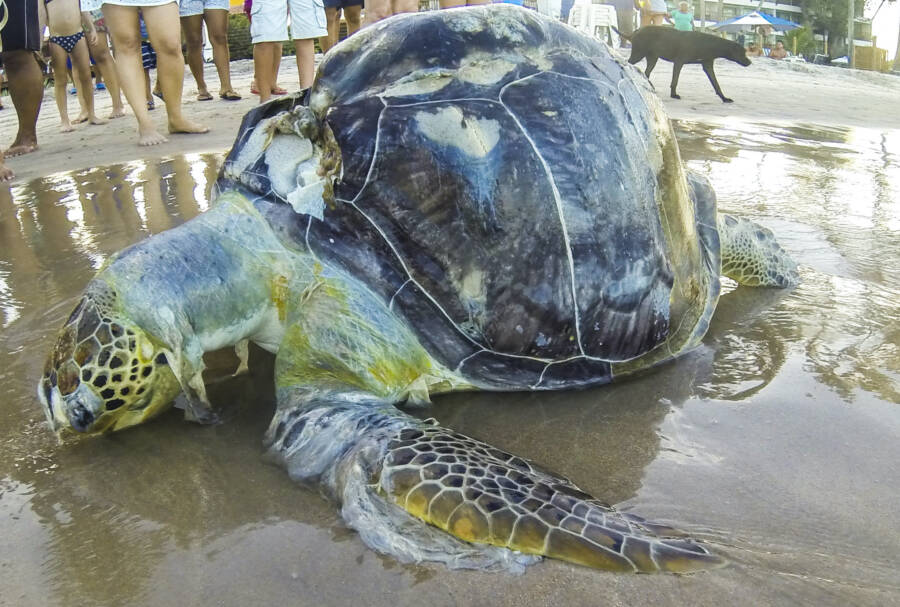 “Plastics that have spent time in the ocean develop smells that turtles are attracted to and this is an evolutionary adaptation for finding food, but it has now become a problem for turtles because they’re attracted to the smells from the plastics,” said Pfaller.

The experiment saw these turtles largely ignore the smells of water and clean plastic. It was only once the research team introduced the scent of either food or ocean-soaked plastic that the animals began to sniff above water — a typical foraging behavior.

Unfortunately, the responses to both of those scents were indistinguishable, which indicates the turtles have no idea whether or not they’d be swallowing actual food or debris.

When they did come up to investigate, the turtles kept their noses out of the water more than three times as long as usual, in order to get a good whiff of what they believed was food. The team concluded that plastic thus induces foraging behavior in sea turtles.

“It’s not just a visual thing — they’re being attracted from probably long distances away to these garbage patches out in the open ocean,” said Pfaller. 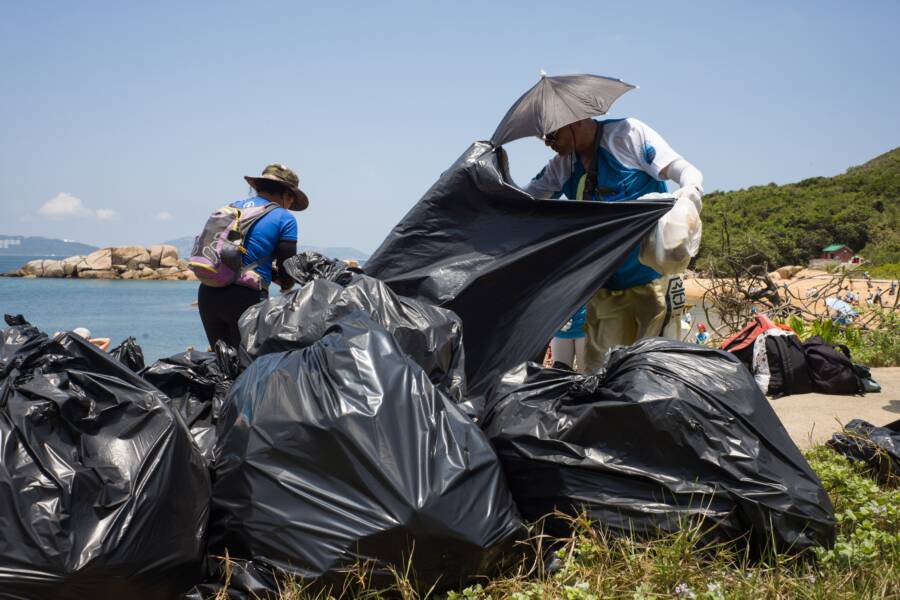 While the plastic debris is a tremendous problem on its own, as turtles sometimes mistake the sight of plastic bags for jellyfish, there are even further issues to consider with these man-made pollutants.

Pfaller said, “The errant plastic straw in a turtle’s nose or the random plastic bag — sure those are absolute problems — but anything out there can grow bacteria and animals on it that turtles want to eat and so it smells to them like something they should go check out and possibly consume, which can lead to their death.”

To Pfaller’s point, a study recently showed that nearly 10 percent of the Portuguese island of Madeira’s shoreline was covered in “plasticrust.” The team in question called this an “entirely new type of plastic pollution,” which goes to show how complex the issue really is.

The scent-based issue here, of course, is troubling on its own.

“This finding is important because it’s the first demonstration that the odor of ocean plastics causes animals to eat them,” UNC-Chapel Hill biologist Kenneth J. Lohmann told CNBC. 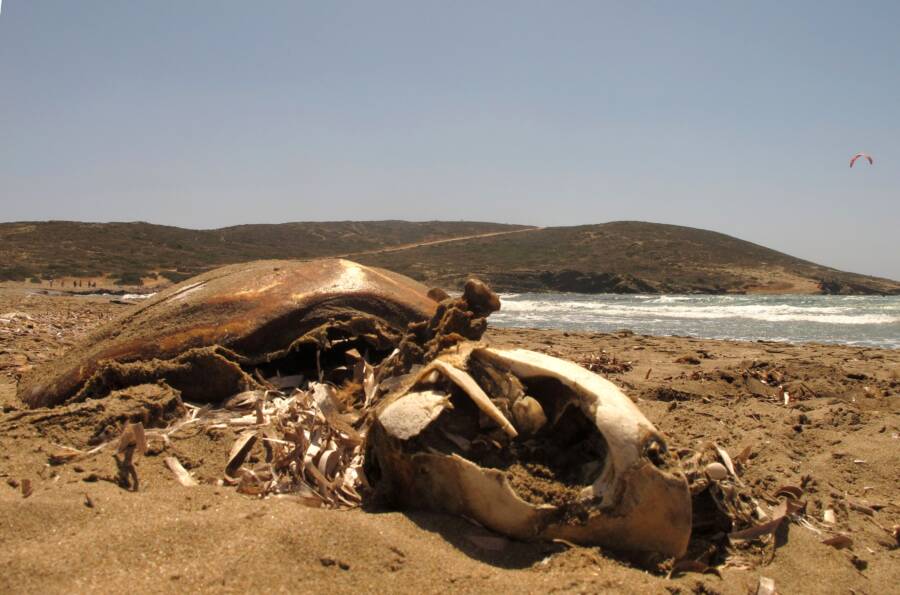 Perhaps even more distressing than the question of why animals are drawn to plastic is the estimate of how many will be affected. A recent study gauged that 99 percent of seabirds, for instance, will have ingested plastic debris by 2050.

A separate study published in 2019 examined 50 marine mammals that washed ashore in Britain. They found that every single one of them had ingested plastic at some point in their lifetime.

As it stands, serious efforts need to be made to curb the man-made pollution plaguing our planet’s oceans. While some may be indifferent to the health of marine life, it needs to be understood that we all share the same world.

After learning about the study that found sea turtles confuse the scent of plastic for food, read about the first global study of plastic waste showing that things are way worse than we thought. Then, learn about the baby sea turtle that washed ashore with 104 pieces of plastic in its belly.