Rocks On Portuguese Coast Discovered To Be Encrusted With Plastic

Researchers first noticed the phenomenon in 2016. They thought it was a one-off until they found that 10 percent of the rocks on the Portuguese island of Madeira were fused with bits of plastic. 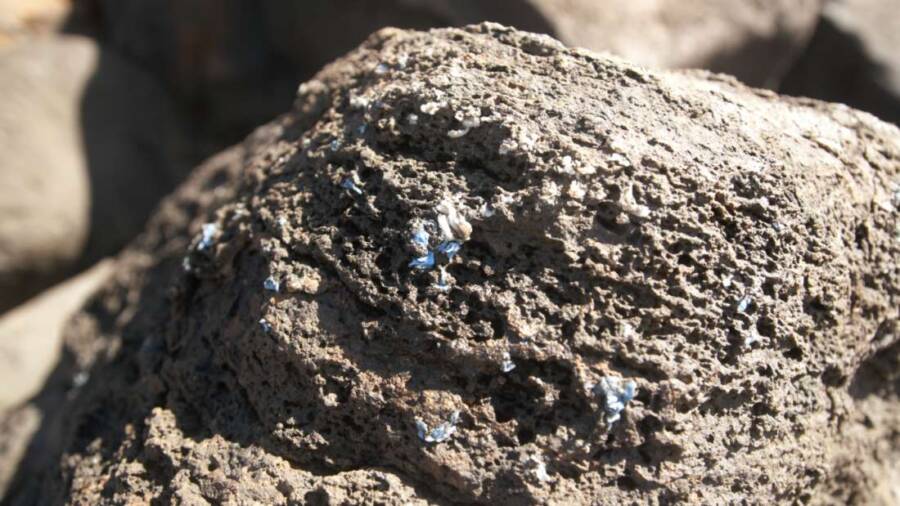 Ignacio GestosoWhen Ignacio Gestoso first spotted this phenomenon in 2016, he thought it was an anomaly — until extensive research proved otherwise.

Ignacio Gestoso and his team first spotted the “plasticrust” phenomenon in Madeira, Portugal in 2016. Sure, plastic pollution on the shores and in the oceans is nothing new, but the combination of plastic and sediment that Gestoso’s team discovered certainly is.

The marine ecologist found that slivers of the blue plastic polyethylene — which is a synthetic substance found in everything from toy packaging to construction — had curiously embedded themselves into the beach’s stone surfaces.

Gestoso had initially dismissed it as an anomaly until his team from the Marine Environmental Research Center (MARE) found that the plastic was embedded in nearly 10 percent of Madeira’s rocky, ocean-adjacent terrain.

“Plasticrust,” as its come to be known by Gestoso’s team, is consequently considered an “entirely new type of plastic pollution.”

The MARE team has since conducted a more thorough study of this phenomenon based on trips back to the island in 2017 and 2019. The research, published in the Science of the Total Environment journal, is certainly troubling.

“Plastic debris is one of the most extensive pollution problems our planet is facing today and a particular concern for marine environment conservation,” the study stressed. “The dimension of the problem is so large that it is possible our current era will generate an anthropogenic marker horizon of plastic in earth’s sedimentary record.”

In other words, in addition to countless tons of plastic trash floating around our oceans and the microplastics ingested by the fish we eat, it’s believed that plastic will now also find its way into the planet’s geological record. 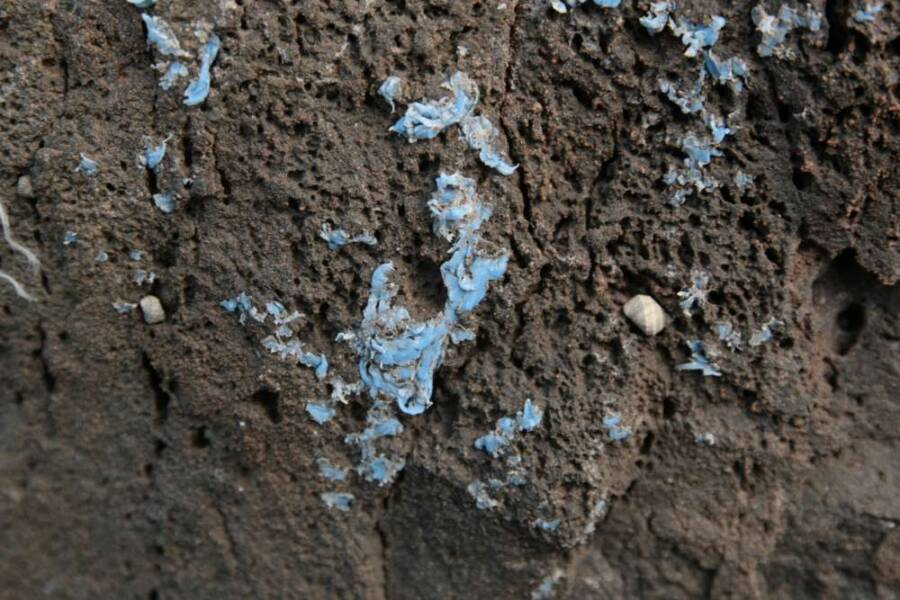 Ignacio GestosoGestoso’s study found that plasticrust has been embedded in nearly 10 percent of Madeira’s rocky terrain. That’s a huge increase from the one sighting in 2016.

According to Sky News, plasticrust is believed to be a danger not only to regional marine life but to the local corals and fisheries, as well.

While the team hasn’t yet studied how this phenomenon has come about, the most logical theory now is that when the ocean, writhe with floating plastics, smashes against marine rocks and corals those plastics then fuse with the rocks.

This perhaps shouldn’t come as a surprise since over eight million tons of plastic is thrown away every year. 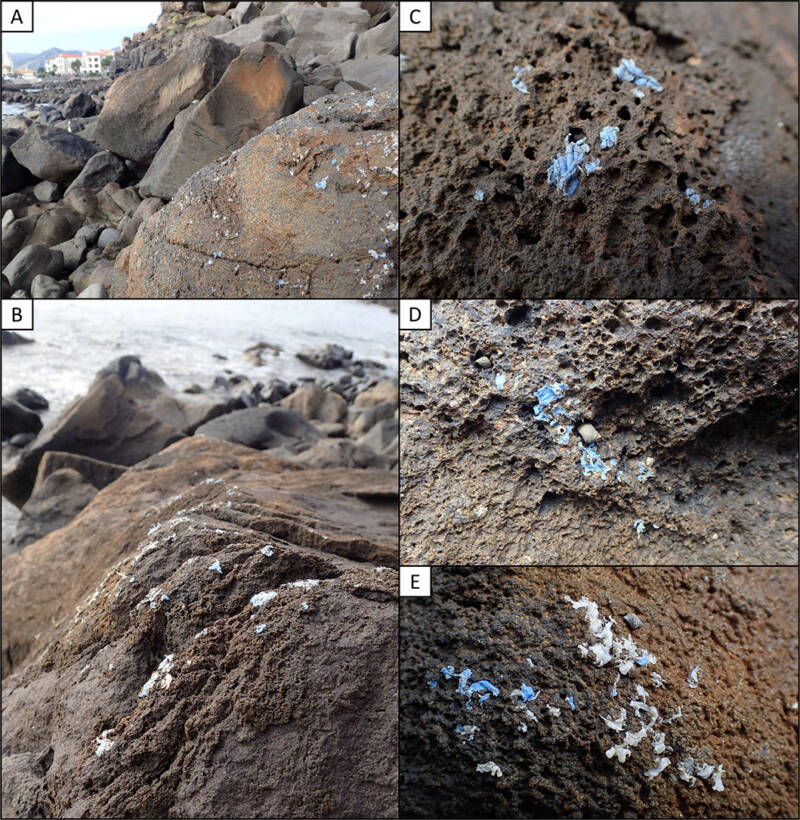 Ignacio Gestoso et. al.It’s not officially clear how plasticrust has come about.

“As a marine ecologist researcher, I would prefer to be reporting other types of findings, and not a paper describing this sad new way of plastic pollution,” Gestoso told Gizmodo. “Unfortunately, the magnitude of the problem is so huge that few places are free of plastic pollution.”

Gestoso and his team are now planning to return to the field in order to assess where the most amount of plasticrust is accumulating and why. How this newly-discovered issue will affect us all, in the long run, has yet to be seen — but it surely won’t yield any positive results.

After learning about a whole new type of plastic pollution called “plasticrust,” take a look at these 33 photos that show just how bad pollution in China has become. Then, read about scientists finally figuring out what killed the megalodon.