For the poor people living in the slums surrounding the Ghazipur landfill in New Delhi, "this mountain of trash has made our lives hell." 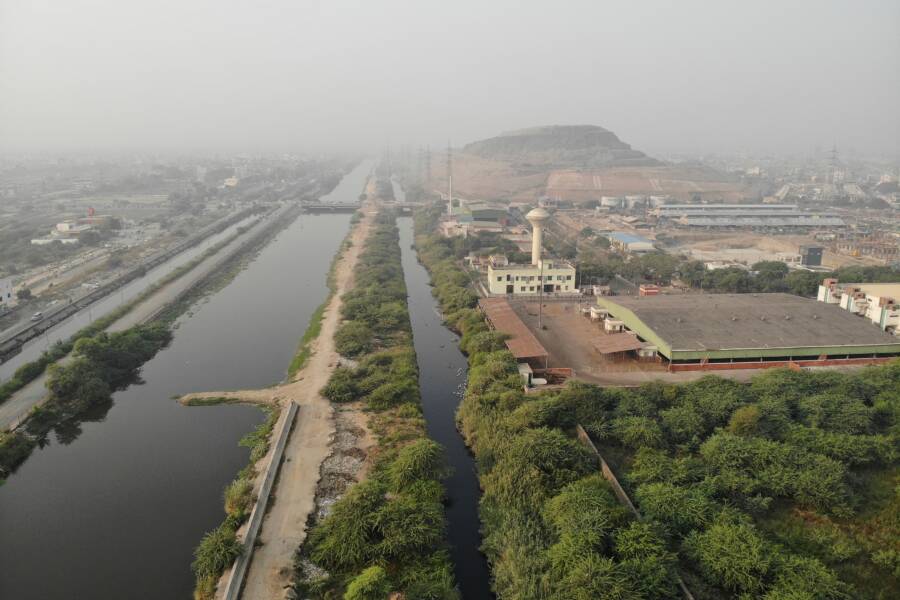 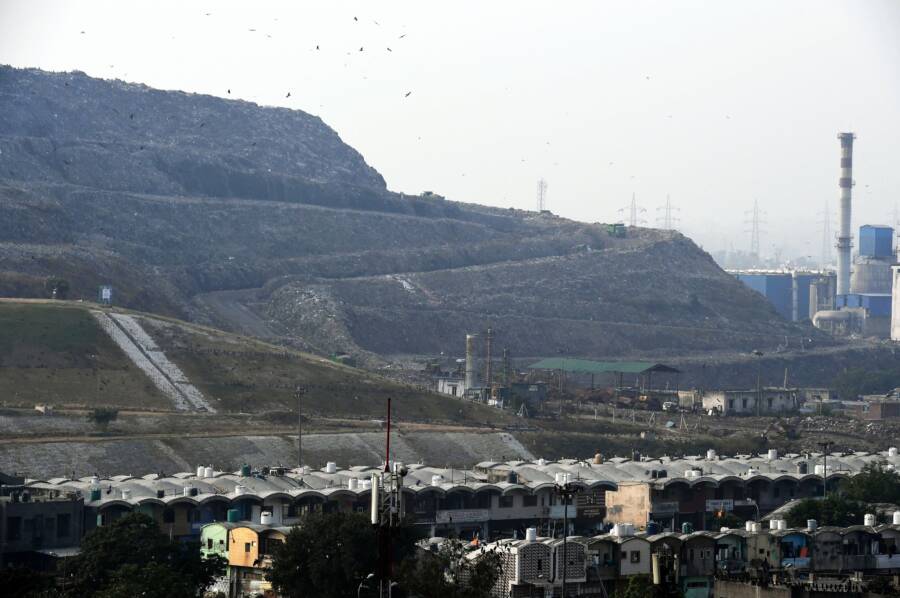 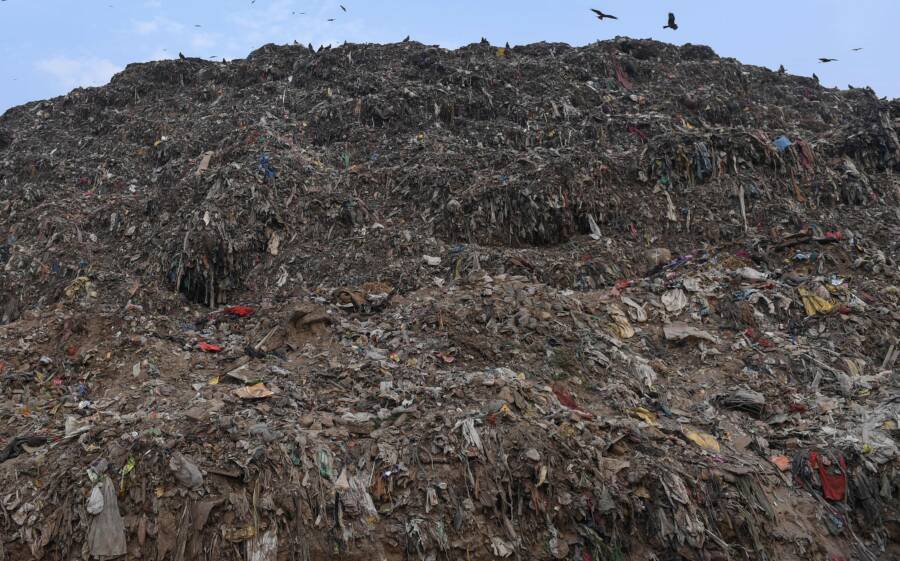 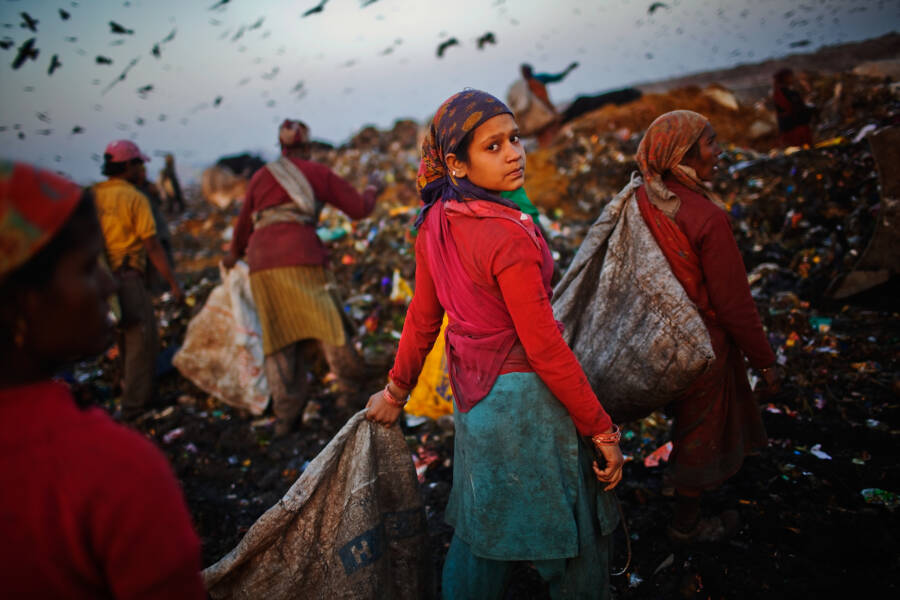 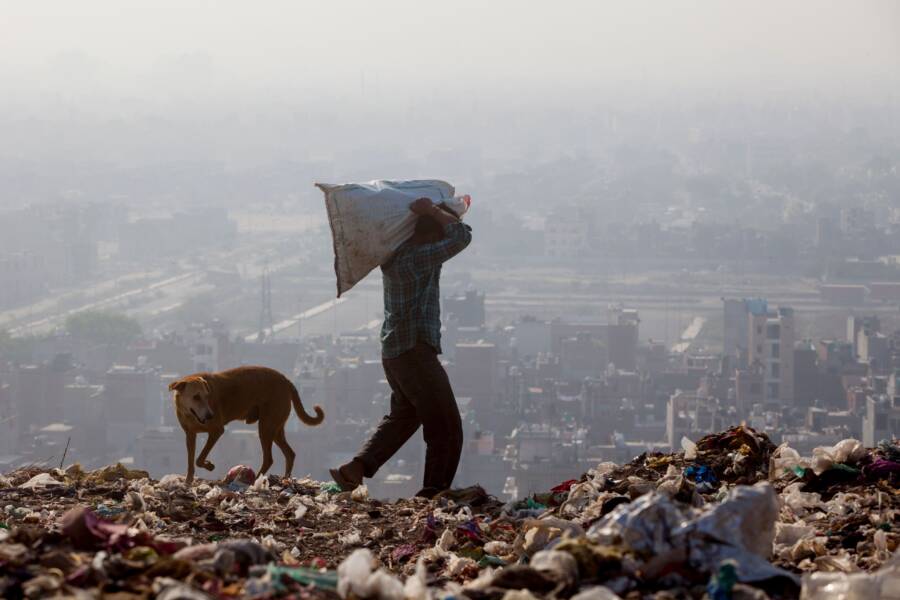 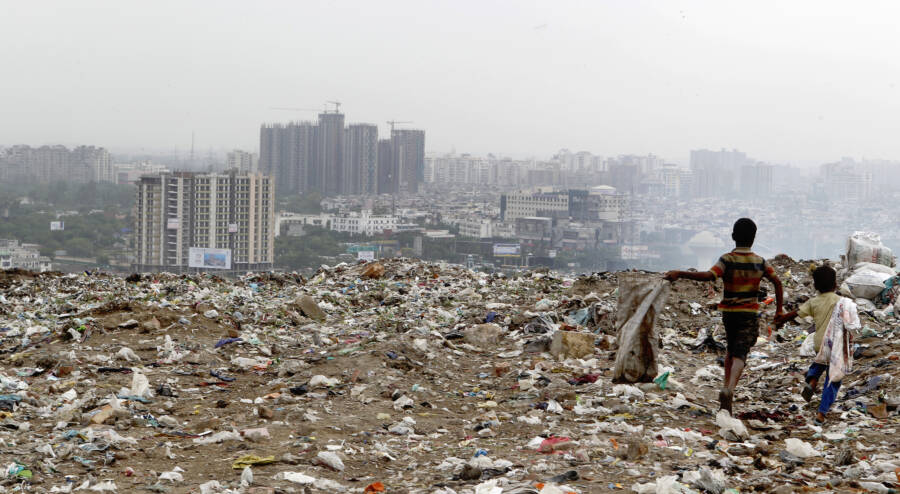 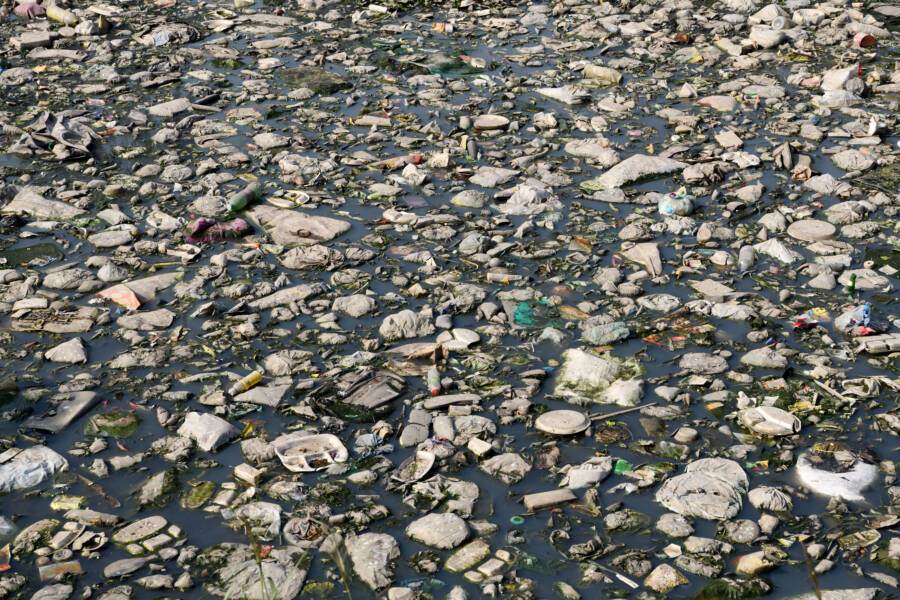 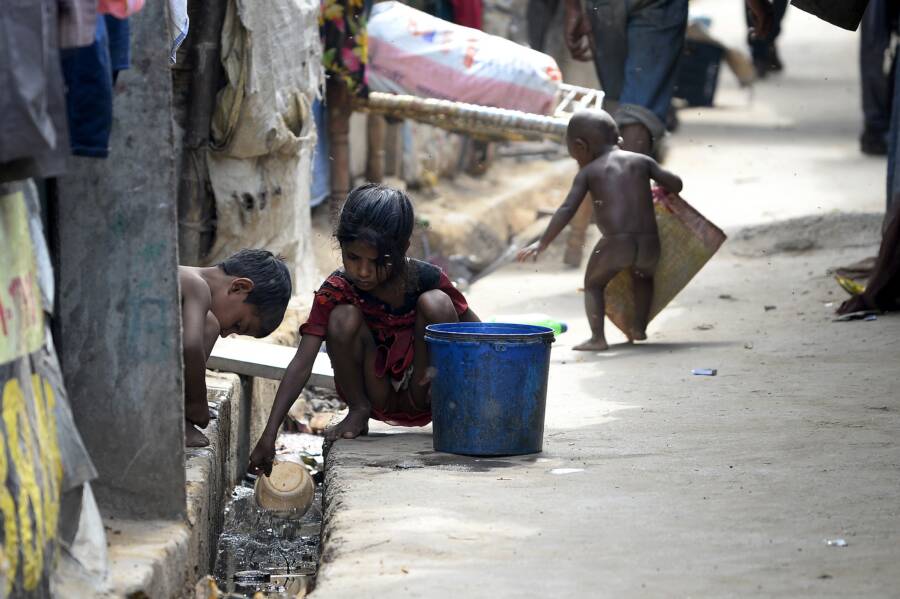 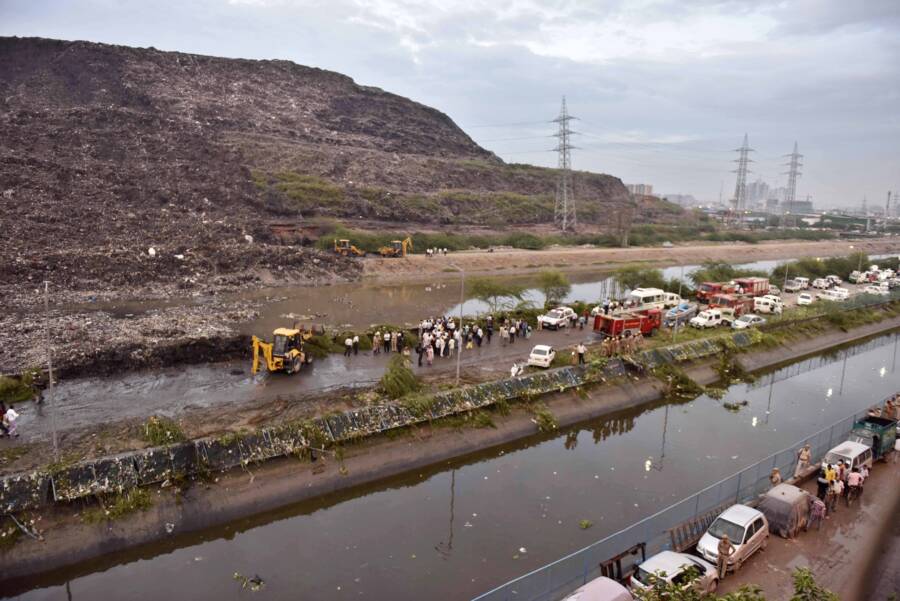 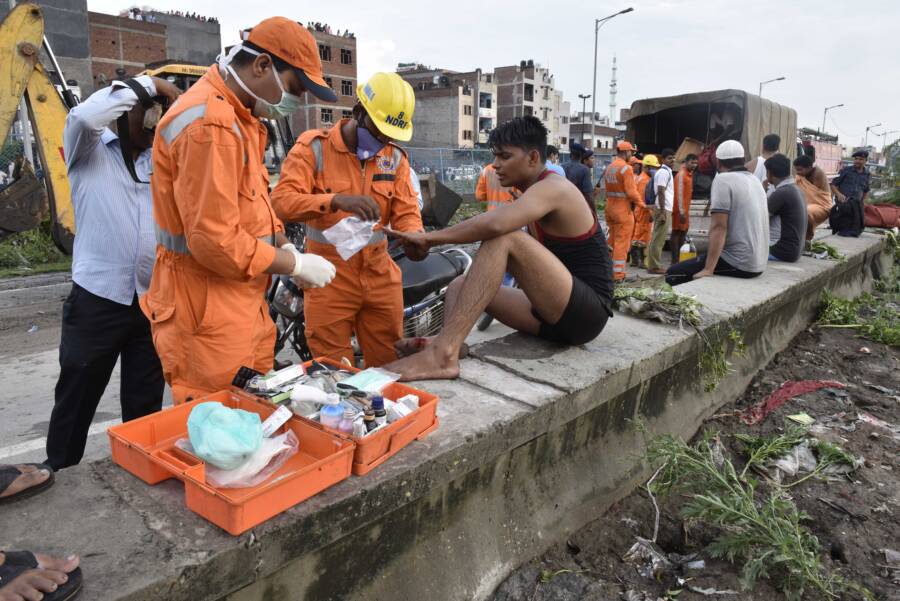 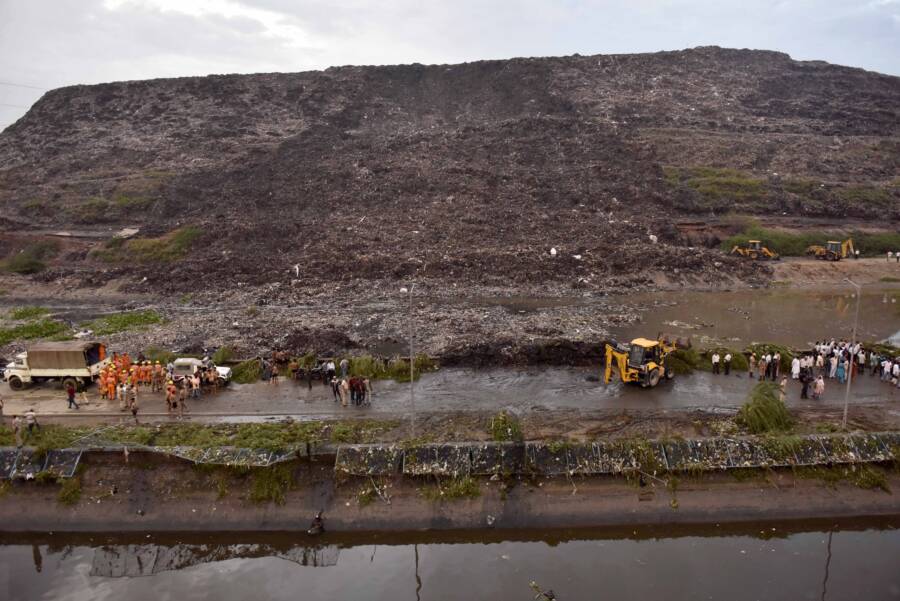 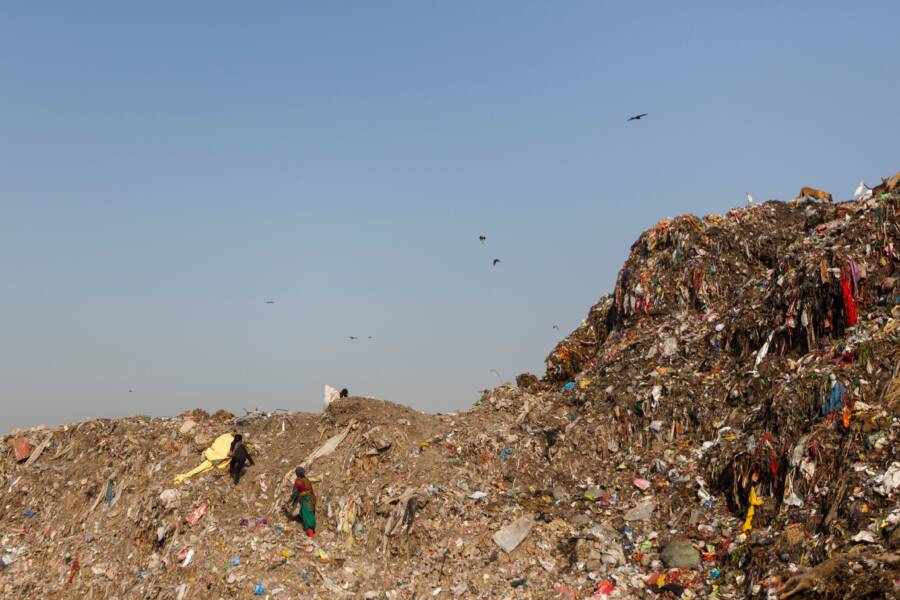 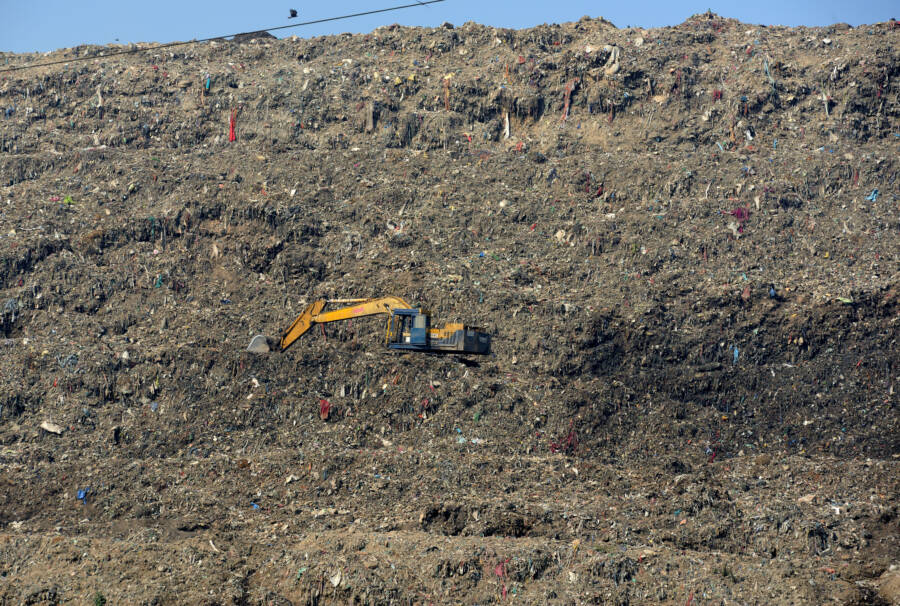 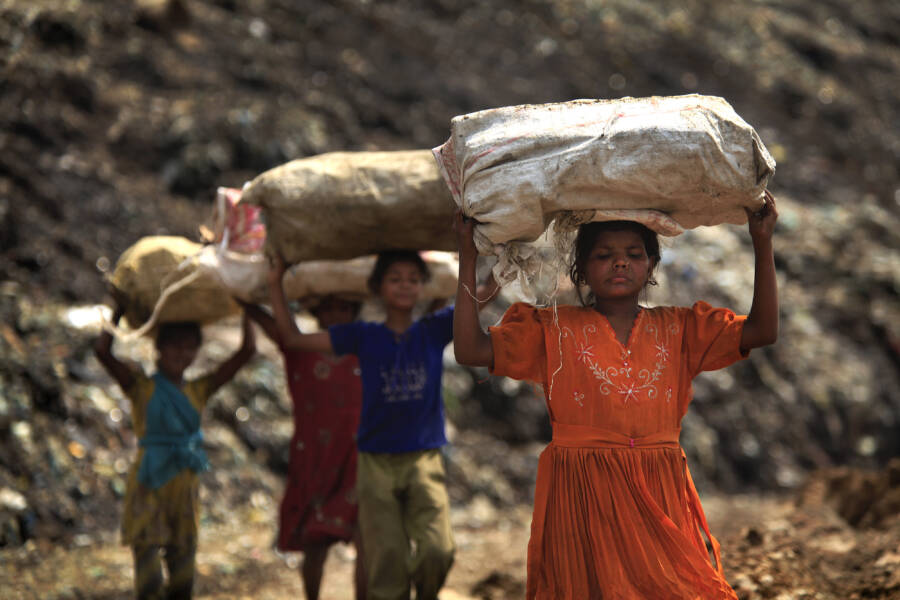 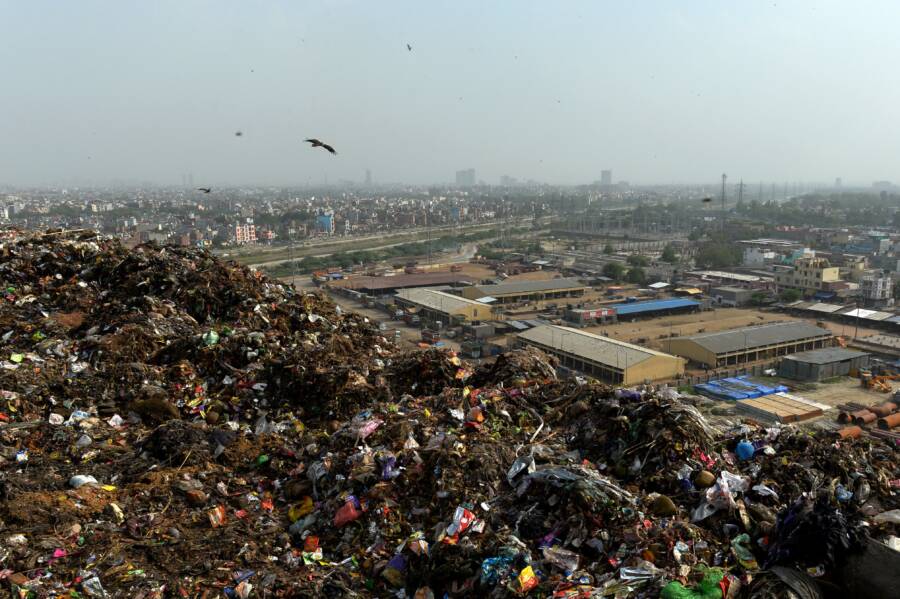 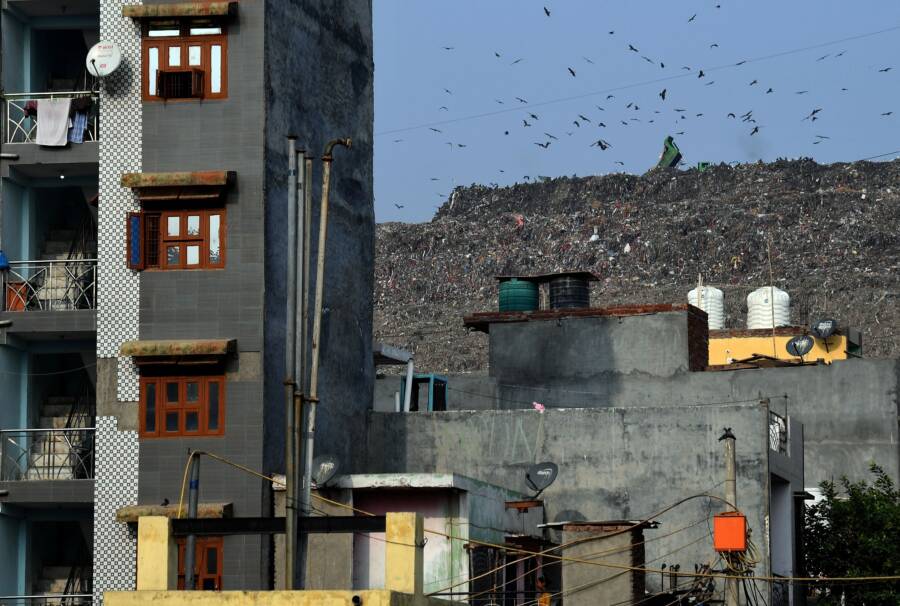 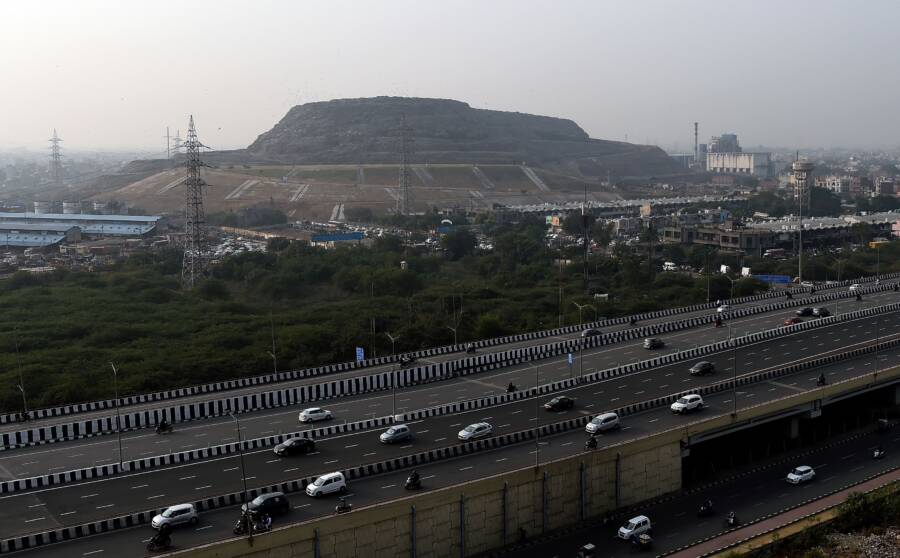 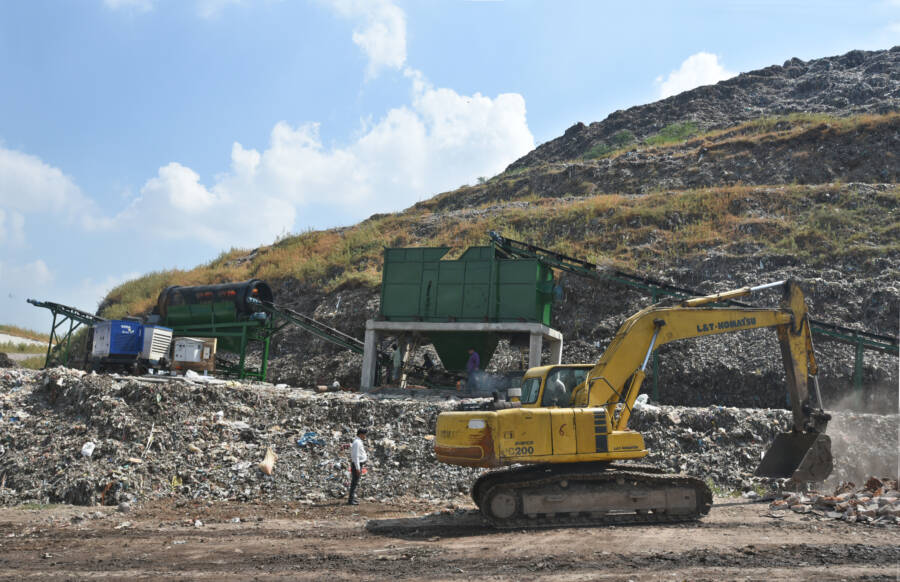 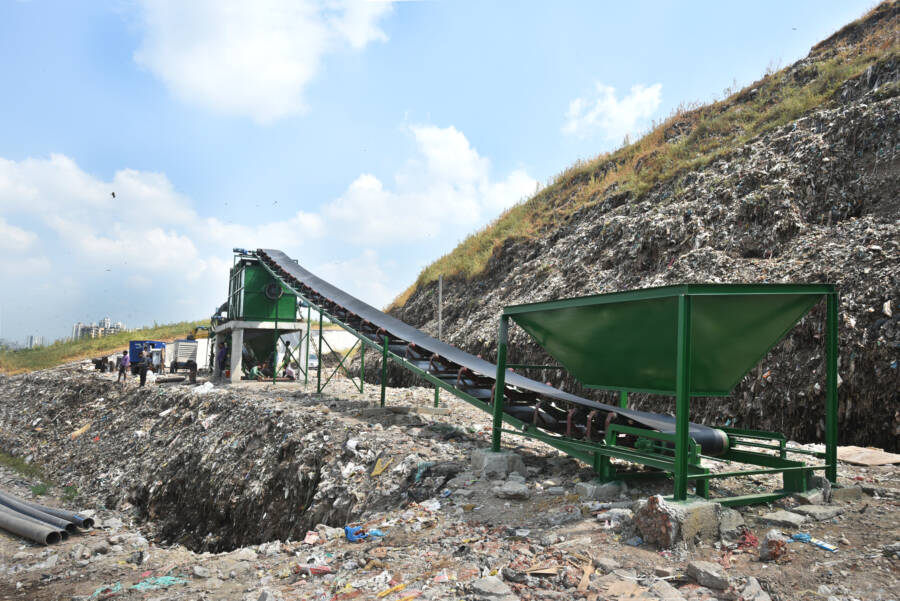 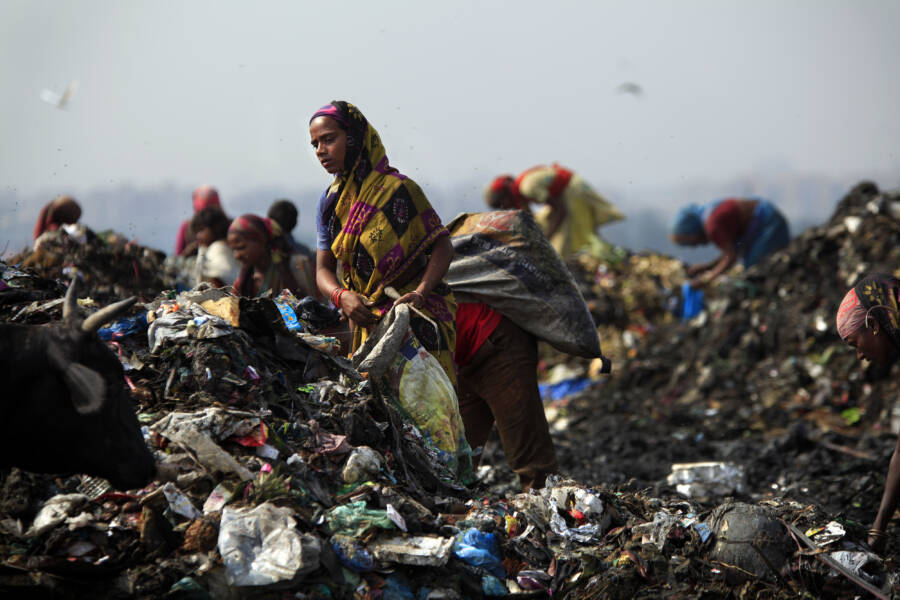 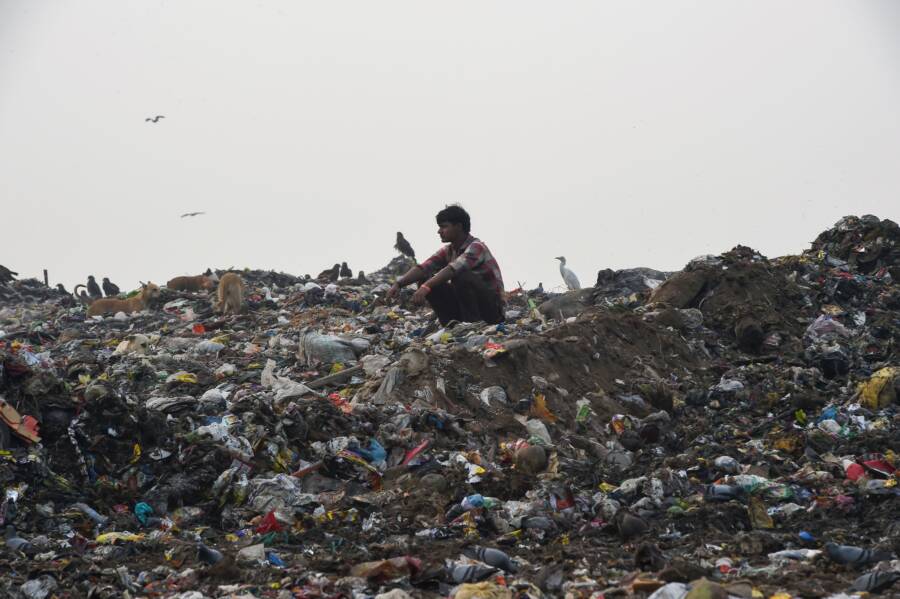 They call it the Mount Everest of garbage. India's massive Ghazipur landfill, outside New Delhi, takes up as much area as 40 soccer fields and is as high as the towers on London's tower bridge. And it's still rising — by 32 feet every year. At this rate, it will be as tall as the Taj Mahal (240 feet) by the year 2020.

The issue here is not just wasted space. The mountain of trash is causing extensive pollution — both in the air and by permeating into groundwater. Between 2013 and 2017, there were 981 deaths from acute respiratory infection in Delhi alone. Studies say it's a notable health risk to anyone within three miles of it.

The Ghazipur landfill has no liner system. Therefore the leachate it produces oozes into the ground and into water systems. Leachate is the often-black toxic liquid that drains from a landfill.

One doctor says she sees upwards of 70 patients a day complaining of respiratory issues or stomach issues caused by pollution. Most of these patients are children and babies.

"Along with the smell," says local Pradeep Kumar, "you have the smoke and pollution, which is the root cause of all the diseases here."

India is growing at a huge rate, with a current population of more than 1.3 billion. Its urban areas produce 62 million tons of waste a year, half of which ends up in landfill sites.

To add insult to injury, the Ghazipur landfill isn't only passively killing people, it's now actively killing them. Two locals died in 2017 when a 50-ton "avalanche" of garbage occurred, washing away four vehicles.

One of the fatalities was 30-year-old Rajkumari, who was on a scooter when a giant wave of trash buried her. It took more than an hour for people to find her body and pull it from the wreckage.

"When I saw my daughter's body, my whole world was turned upside down," her father said. "I had wished to see my daughter in a wedding dress and not in a shroud."

Abutting the Ghazipur landfill are slums occupied by trash pickers. They scavenge for plastics to sell to recycling plants for what amounts to maybe $2 a day.

Every day at noon, Rahim scales the monstrous rubbish pile. He goes at this time because there are fewer people when its so hot — less competition. Sometimes his eight-year-old daughter accompanies him while vultures soar overhead.

At dusk, they descend. They sort through what they've collected and deliver it to middlemen like Mohammed Asif, who sells empty bottles to truckers on their way to recycling plants.

"I'm a businessman. I do this for money," Asif told NPR with a hint of swagger. But he turned serious: "If I don't, our streets will fill with trash. We won't be able to handle it."

The Future Of Ghazipur And India's Mounting Waste

The Ghazipur landfill opened in 1984. According to Indian law, rubbish can only be piled to a height of 65 feet before a facility must be shut down. Ghazipur reached this milestone in 2002, and yet garbage continued to arrive with no other place to put it.

In one of the small efforts made to control the overwhelming mountain of waste, a small recycling facility opened right next to it. However, it only adds to the nearby residents' misery. The plant burns tiny amounts of trash for energy, and the smoke it emits is poisonous.

So what's being done to counter the effects of a landfill so enormous that it's long overdue for aircraft warning lights?

The Indian government, led by Prime Minister Narendra Modi, took one small step in 2014 with the "Clean India Mission." Waste management introduced fines for people who don't recycle in 2016. Finally, in June 2018, Modi announced a goal to eliminate all single-use plastic containers by the year 2022.

Any actions will seem small in comparison to the looming pile of trash, but the technology to turn all waste into energy is getting closer every day. However, it's not soon enough for the people of Ghazipur.

"Children fall sick very often here. We want to breathe freely but we can't," said Muhammad Aslam. "This mountain of trash has made our lives hell."

After learning about India's enormous and poisonous Ghazipur landfill, dig deeper into Delhi's insane pollution problems. Then, read out about Mr. Trash Wheel, the solar-powered water wheel that's removed more than 1 million pounds of trash from a waterway.