All Mr. Trash Wheel needs to operate is sun and moving water. 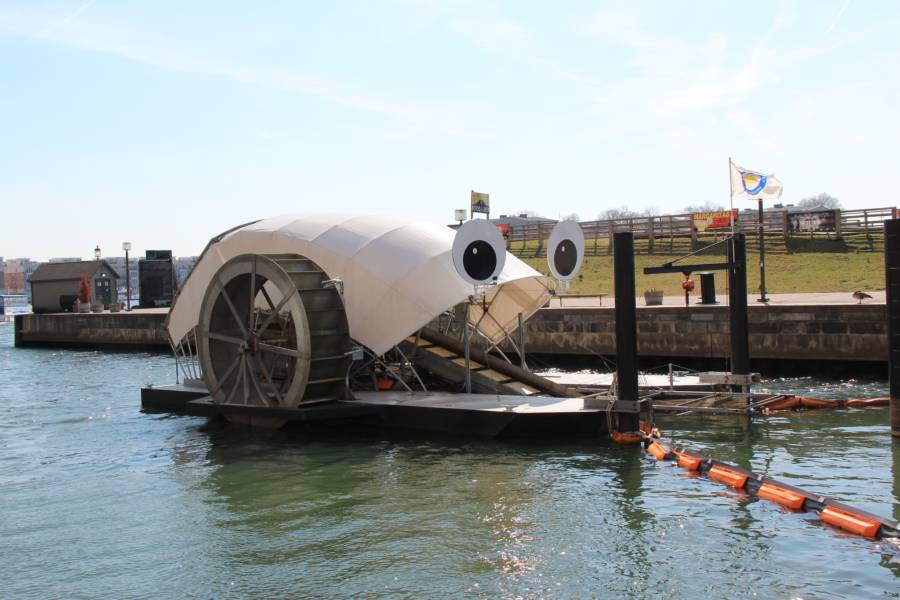 He’s a water wheel from Baltimore who enjoys conserving energy and eating garbage.

And there is a lot of garbage to snack on in Baltimore’s Inner Harbor.

Complete with giant eyes, he is powered by the river’s current (or solar panels when the water is still).

The force of the current lifts the rubbish and deposits it into Mr. Trash Wheel’s dumpster mouth — the same way most of us eat popcorn when no one is watching:

All of the trash collected is then incinerated, generating power for some Maryland homes.

The company that created the wheel is currently fundraising so Mr. Trash Wheel can have a companion. It’s not having too much trouble coming up with the funds, especially since the original has become something of a local celebrity.

Along with his bottle-munching duties, Mr. Trash Wheel enjoys making t-shirts with his face on it, playing with his pet snake (yes, he has a pet snake named Bindi), creating his very own beer brand, and photoshopping himself into famous movies:

Anyone catch my cameo as star trash-eater in the new Beauty and the Beast movie? pic.twitter.com/OW469J9jGY

His fans hope people in other riverside cities will consider getting a Mr. Trash Wheel of their own.

After learning about Mr. Trash Wheel, read about how giraffes are on their way to “silent extinction” due to American trophy hunting. Then, check out our story on beer-powered cars and the future of energy.