"This is a sad reminder that we all need to do our part to keep our oceans plastic-free." 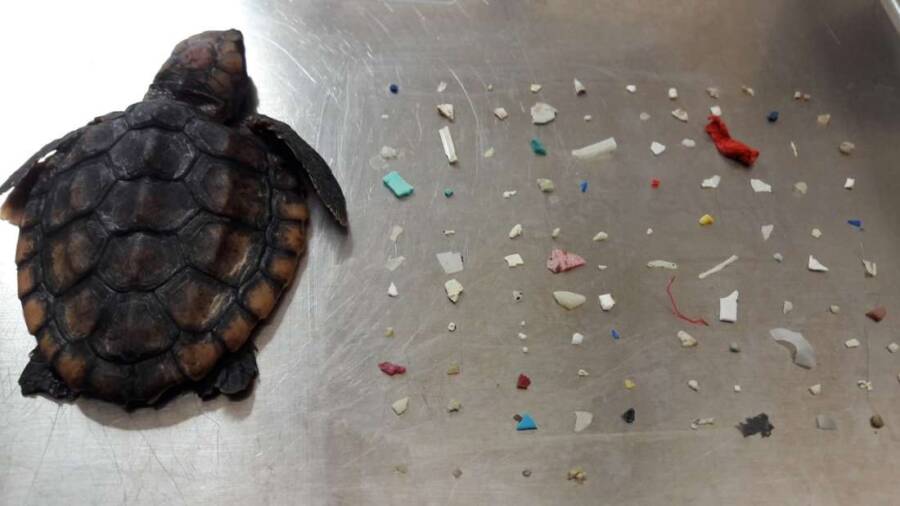 Gumbo Limbo Nature CenterThe little loggerhead was no bigger than the palm of your hand.

South Florida’s Gumbo Limbo Nature Center in Boca Raton shared a distressing photo on their Facebook page that firmly reminds us all of how ocean pollution is destroying marine life. The photo shows a baby loggerhead turtle that died after eating more than 100 small pieces of plastic.

According to IFL Science, the Nature Center is sadly quite familiar with how frequently marine animals become beached and die this time of year.

“It’s washback season at Gumbo Limbo and weak, tiny turtles are washing up along the coastline needing our help,” wrote the center. “Unfortunately, not every washback survives. 100 percent of our washbacks that didn’t make it had plastic in their intestinal tracts.”

Washback season is when young turtles become beached on America’s east coast due to strong surf and winds. Countless dead fish, dolphins, and whales have washed ashore this year with disturbing amounts of plastic in their guts — this tiny sea turtle was merely the latest victim.

Animals already endangered by the nature of washback season are only in more peril when one considers the effects of plastics pollution.

As such, the Center has urged that everyone “do our part to keep our oceans plastic-free” this time of year in particular.

According to Fox News, the Sea Turtle Conservancy estimates that more than a million marine animals die of plastic debris per year — and that 100 million tons of such debris are floating in the world’s oceans. 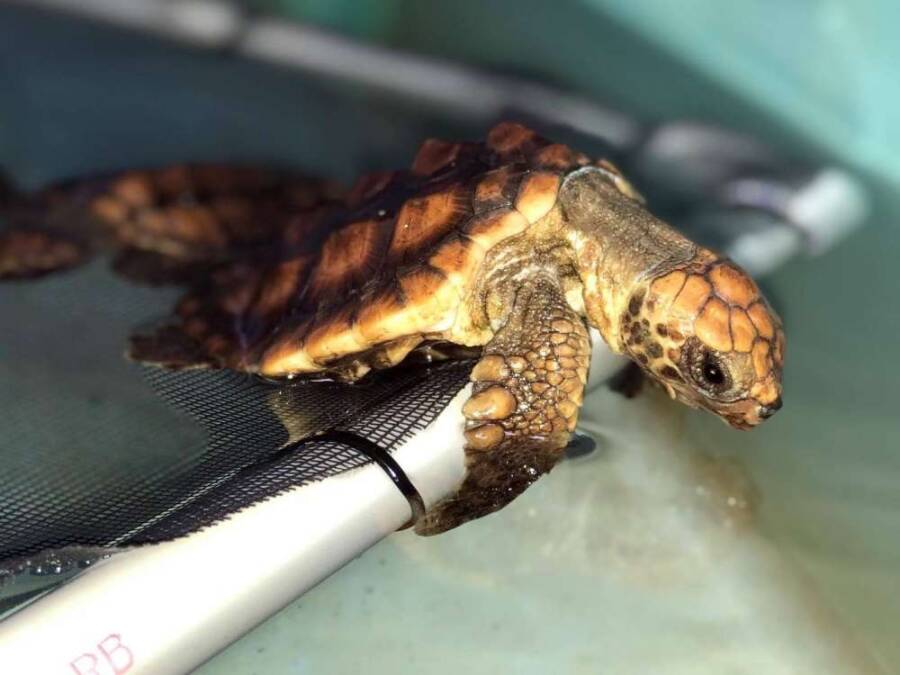 In order to help the young turtles who have become beached, the Gumbo Limbo Nature Center, Sea Turtle Rehabilitation Coordinator Whitney Crowder, and her team, routinely comb the beaches during this time and post updates on social media with the #TurtleTuesday hashtag.

“This year we have admitted about 120 washbacks and 40 have died,” Crowder said. “Of the turtles that we have necropsied, every one has been impacted by small pieces of plastic.”

This latest loggerhead turtle “fit in the palm of your hand,” and ate 104 pieces of plastic before it died.

Plastic pollution has only gotten worse and more complex in recent years with the increasing amount of observed microplastics.

According to Crowder, the strong Gulfstream currents carry enormous amounts of trash and microplastics to our shores — but never as much as this year. For turtles, this coincides directly with the end of their nesting season in October. 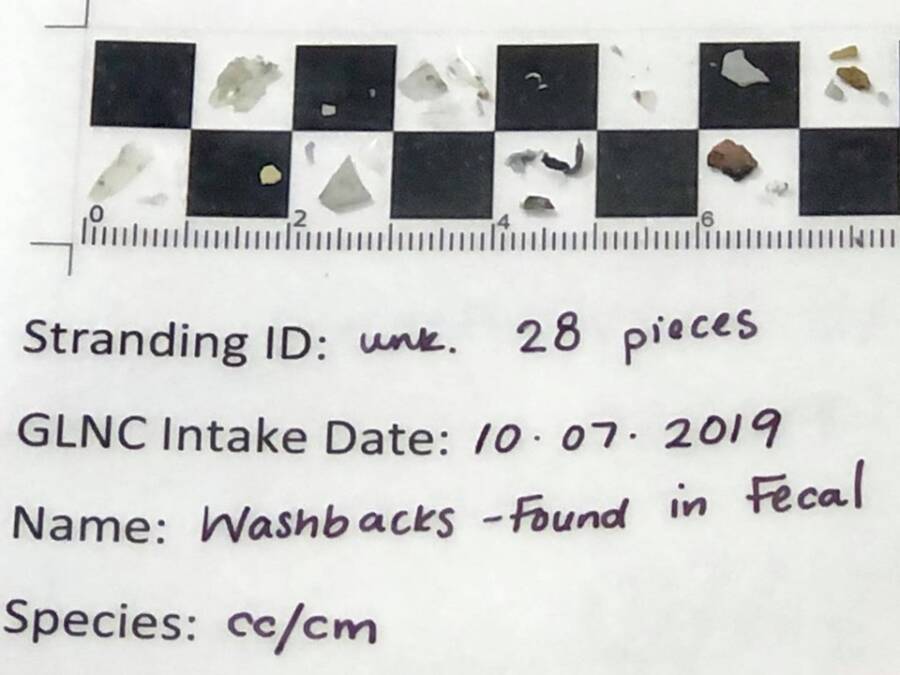 Loggerheads like the one above are just one of several turtle species that rely on Florida’s shores as their nesting grounds. Leatherbacks, greens, hawkbills, and Kemp’s ridley — the rarest turtle in the world — do too. All of these turtles are both endangered and protected by the Endangered Species Act.

After crawling out of their nests and onto the beach, time is of the essence: hatchlings have to race to sea in order to avoid land predators and then must evade predators at sea. The remarkably low survival rate for these animals is between one in 1,000, and one in 10,000. The overpresence of plastics isn’t helping this rate.

On the bright side, Gumbo Limbo Nature Center also managed to save many turtles as well. The center uses hammocks to let the animals rest up before venturing back into the waves and provides them with water to stay hydrated.

“I think this is a wake-up call from the sea turtles telling us that we must transform the role plastic plays in our society,” said Crowder. “We are amazed by the outpouring of support we have received for this story and are encouraged by how many people want to help!”

She concluded that, “plastic pollution is the sad world we live in now. We need to do better.”

After learning about the young sea turtle found dead with 104 pieces of plastic in its intestinal tract, read about how veterinarians surgically removed 1,000 coins from a sea turtle’s stomach. Then, learn about the teacher who was charged for feeding a puppy to a snapping turtle in class.